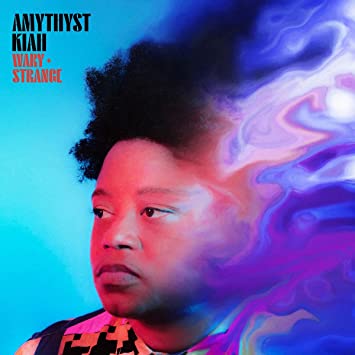 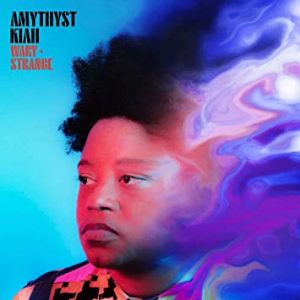 On her new album, “Wary & Strange” (released June 18), the 34-year-old Tennessee singer-songwriter mixes genres in a way that may sound both wary and strange, but her voice and unique style have a soothing feel that makes these songs sound like home.

Alt-rock is what originally inspired Kiah to start playing the guitar as a teenager, but the artist also studied bluegrass and country music during her time at East Tennessee State University.

The swirl of these two genres is used to explore deep and intense feelings that Kiah has had to deal with throughout her life.

The song, “Wild Turkey,” echoes relaxing strums of a fingerpicking guitar as Kiah sings about her mother,who drowned in the Tennessee River, a suicide.

The artist asks herself, “Oh, Lord, will I ever feel right again?” after reflecting on the traumatic experience she went through at only 17.

Kiah eloquently sings about this heart wrenching experience despite the intense emotions that are behind each word.

In the second track, “Black Myself,” Kiah explores her racial identity through gospel harmonies.

The song is re-recorded from its debut in 2019, when it received a Grammy nomination.

In this version, however, alt-rock influences are more apparent, and it feels as though Kiah’s voice rings out with more confidence.

In the song, Kiah goes from discussing the adversity she has faced from being Black in today’s society to embracing her race and culture.

Because Kiah is a southern Black LGBTQ+ woman, she has had to deal with being an outsider in the bluegrass-folk world for years now.

The artist made a reference to this feeling, crooning, “I pick the banjo up and they sneer at me / ‘Cause I’m Black myself.”

But toward the end of the song, Kiah has a change of tone, belting, “I don’t creep around, I stand proud and free / ‘Cause I’m Black myself.”

This change of perspective shows the power Kiah holds as a Black woman in the Americana-folk world. Despite the obstacles she has had to endure, her authenticity rings through each note.

The album’s first and last songs, “Soapbox” and “Soapbox (Reprise)” both explore Kiah reclaiming her power, including lyrics that say, “I have my own hand that feeds / So I don’t need what you think.”

Kiah’s choice to introduce and close the album with such similar songs gives this piece of art one last sense of self-reflection, reminding the listener of where this journey started.

Between these two versions of the same song, the eight other tracks explore Kiah’s identity as both an artist and a person.

“Wary + Strange” as a whole explores this theme of self-reflection as Kiah looks back on her own trauma.

Through this journey, Kiah seems to find a way to come to terms with her struggles as she pours her soul into each lyric.

Kiah’s choice of language and powerful voice create a mesmerizing album that her listeners may find refuge in while combating their own demons.