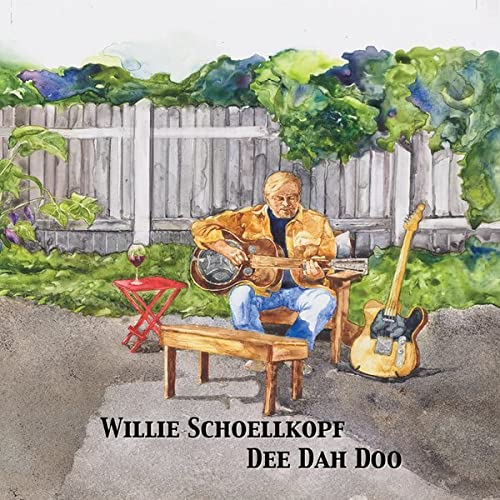 Willie Schoellkopf is one of Western New York’s most beloved musicians, going back to his days with the Argyle Street Band and Blue Ox through more recent times with the Willies and the Kensingtons. 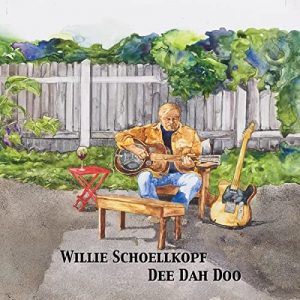 Now he finally has his first solo album, the CD “Dee Dah Doo,” produced by Dwane Hall, engineered by Dwane and Jason Hall and featuring an all-star line-up of the Buffalo area’s best rock, blues and Americana performers.

In many ways, it’s a crowning achievement for the Buffalo Music Hall of Famer, featuring him on guitar but also capturing all of the elements of the kind of rock/country/folk/soul music mix that characterizes so much of the best music to come from the area over the last 50 years.

Below you’ll find two items. First is a Q-and-A with the man himself (edited for clarity), followed by some comments from the producer, Dwane Hall.

JAM: How long was this project in the works?

WILLIE: I started this CD in 2019 with live studio sessions with the Argyle Street Band and the Willies.

JAM: Are all of the songs recently written?

JAM: What was your recording process, and how did the pandemic affect it?

WILLIE: The studio sessions were great, to have my band family all together playing these songs was remarkable. Having Dwane and Jason on the board as the engineers was incredible. We sent tracks to Nashville to my friend Harry Stinson, and he laid down the drums for “Dangerous Man,” “Amen Avenue” and “About the Money.” Harry and his partner Sara Beth Hooker, sang the background vocals on “Fight Like the Devil” and “Dee Dah Doo.”

The pandemic slowed the whole process down a bit, on the other hand, it gave Tony Coniglio and Dwane Hall time to mix the tracks.

JAM: How did you decide who to have play on the different tracks? 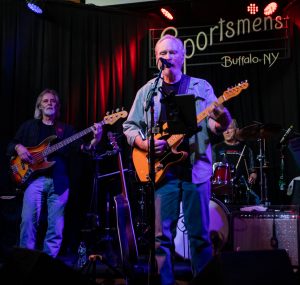 WILLIE: We formed the Argyle Street Band  in 1977 in LA, with Tom Walsh as our original drummer, along with Tom, Steve Sadoff on Bass, Doug Morgano on guitar and Ron Davis on keyboard. This band has been a constant in my music life and my personal life! The Willies is Mike Phelps on drums, Steve Sadoff on bass, Bob Falk on guitar and Jim Ehinger on keyboards. These musician are all incrediblily talented and a joy to play with … I am lucky and grateful to have had these musician to play with for all these years. Harry Stinson has been a friend since 1977; we met in LA and have stayed close for all these years. He is a major talent, drums and vocals; it was fun to finally have a project to work on together. He and Beth killed the backup vocals on “Fight Like the Devil” and “Dee Dah Doo.” Beth is also a major vocal talent.

JAM: How are the lineups on this CD similar to your early bands from the 1970s and ‘80s?

WILLIE: I moved back to Buffalo in 1973 to join the Blue Ox Band at the invitation of my lifelong friend Charlie O’Neill; we were regulars at the Belle Star. In 1975, Ron Davis joined Blue Ox. In 1976 we moved the band to Phoenix, Arizona. We didn’t last there very long, but it was an adventure! In 1977, we moved to LA (Ron, Collette and I). Charlie would move out later. That is where the Argyle Street band was formed. So, in reality I’ve been playing with the same group of musicians for 45 years.

JAM: Just for background, can you give me a list of the main bands you’ve played with over the years?

JAM: It looks like you had some guests to come in do parts just on specific songs (Doug Yeomans on “About the Money” and Bob Falk on a few of the songs. Any reasons for those specific songs or stories behind that?

WILLIE: Doug Yeomans has been a friend forever, he played at our wedding in Vermont! I love the way he plays, and I thought he would be perfect for the solo on “About The Money.”

JAM: This seems like an all-star recording of the artists of a certain place and time — maybe the Belle Starr in 1977? Did you think of the album as a way of finally getting all of these great players together after all of these years? I don’t think I’ve ever seen such a stellar lineup of Buffalo musicians on an album before.

WILLIE: It has been my good fortune to have played with these musicians throughout my career.

JAM: Are there any of the songs that have particularly deep meaning for you?

WILLIE: “So Nice,” “Money Talks” and “Ramona Lisa,” as they have been with me for the longest time. I’ve been playing and singing Ron Davis’ “Money Talks” and “Romana Lisa” for 40-plus years; they are part of Argyle DNA. “Fight Like the Devil” was a Willies tune; Jim Ehinger wrote it and it was a lot of fun to play.

JAM: And why “At this Moment” by Bill Vera?

WILLIE: Jim Ehinger was the keyboard player with Billy Vera (who wrote and had the hit with the song) and he is on that record. The song is a vocal challenge and a whole lot of fun to sing.

JAM: To me, this CD seems to be almost a definition of local “Americana music.” How do you think of it?

WILLIE: I think of these songs and musicians as Buffalo’s finest.

JAM: For the guitar geeks out there, what guitars did you play on this?

JAM: What was the studio atmosphere like when you were recording this CD?

WILLIE: It was pure fun to be in the studio with these guys, to  look up and see Dwane and Jason at the board, what a privilege! To work with Dwane is an honor; nobody gets music better than him.

JAM: If you were writing your own review of the album, how would you describe it?

WILLIE: A collection of my musical life.

JAM: Who did the cover painting?

WILLIE: The cover painting was done by our great friend and artist Sandy Ludwig. I asked her if she would consider doing the cover art and she didn’t hesitate! The entire concept and design was all her, my contribution was our back yard as the setting.

JAM: What’s the best way for people get this CD or the music from the CD?

WILLIE: The CD is available at the SAMF store and you can also purchase it on CD Baby or Amazon. It’s also on several streaming platforms such as Pandora, Spotify and Apple music. 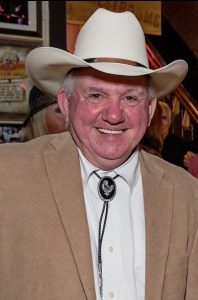 Dwane Hall can tell you a bit of little-known trivia about Willie Schoellkopf:

“He was a one-gig member of Stone Country,” says Dwane. “When Jimmy Yeomans quit Stone Country, we were looking for a singer, and we tried Willie out. We hired him for a gig at Darien Lake, and he played one gig with us.”

Unfortunately, the band was going through some upheaval at the time, and that was it for Willie.

“It just didn’t work out for Willie at that time. I sure wish it would have,” Dwane says today. In fact, they’ve been friends for well over 40 years now, with Dwane and his wife, Denise, going on vacation with Willie and his wife, Collette.

“Willie is a true gentleman. And they (Willie and College) are just both terrific people. And he’s such a talented guy,” said Dwane.

So it should be no surprise that Dwane ended up as the producer for Willie’s album, engineering much of it and mixing some of it (Sportsmen’s sound man Tony Coniglio also mixed tracks).

Willie was going through some health issues during the recording of the album, and Dwane worked through it with him. While there are all-star guests, Dwane says it’s very much a solo album.

“Sometimes it was just me and him in there for hours at a time,” said Dwane. “We got enough great vocals on that CD to get him presented on a recording, because that was his first CD ever. It was his solo CD, pretty much, and his love for acoustic playing really shows on this album.”

But the recording also brings together great musicians. Dwane said it captures the kind of vibe the audience might have gotten at the Bona Vista or Belle Starr, legendary nightspots of the late ’70s.

“This is what exactly what you would have heard,” he said. “I mean it’s Buffalo’s original music at its best. I mean, they had writers like Ron Davis and Willie and Jimmy Ehinger and Doug Morgano. They were great songwriters in their own right, all of them. I mean, they went to California, they were gonna get a deal, that whole scene.

“So they represent Buffalo’s Best Original Music, and their stuff is still great to listen to today. You know, a lot of the guys who wrote stuff in the ’70s can kind of date themselves if you hear them today, but their songs (the songs on the CD) songs are just as strong today as they were in the ’70s.”

And now we get a chance to hear that magic one more time.