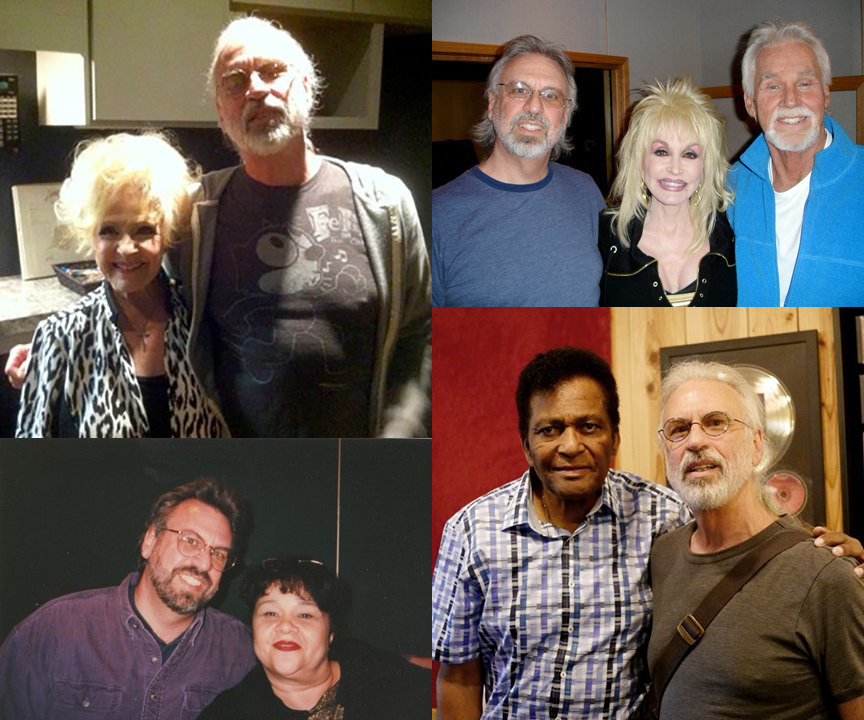 Where the Buffalo Roam: Steve Nathan

Where the Buffalo Roam is a series of stories and interviews focusing on Buffalo and Western New York’s contributions to the world: our musicians. Every Where the Buffalo Roam segment will focus on an Americana-related musician who has gone on to fame and — sometimes — fortune outside the boundaries of our fair region.

It’s been a long time since Steve Nathan left Buffalo to become one of the foremost session players in Muscle Shoals and Nashville. But he’s still got a lot of Buffalo in him.

Appropriately for a native of a strong labor town like Buffalo, these days he’s fighting union battles, trying to preserve pensions for himself and his fellow musicians on a national level.

Nathan is a member of the American Federation of Musicians, which told its members in May that it was applying to the federal government to reduce benefits by the end of 2019.

It’s part of a battle that has been waged for some time now, and Nathan has been calling for changes in union leadership and in how his union’s votes are counted (a non-vote currently equals a yes).

The issue affects industry session men, but also reverberates to places such as Buffalo, where the members of the Buffalo Philharmonic Orchestra are represented by the American Federation of Musicians. 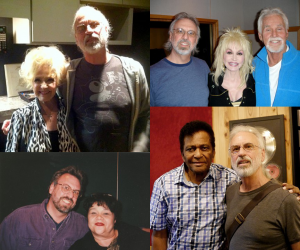 It’s a long way from Nathan’s Queen City roots and his rise to the top of the country music studio scene.

Nathan, a 2001 inductee into the Buffalo Music Hall of Fame, was a musical prodigy. As a toddler, when his brother escaped piano lessons to go play ball, Nathan would get on his family’s piano and start trying to play what he just saw. So his father started him off on lessons.

His father was Jerry Nathan, who had followed his own love of music, sold his share in a manufacturing company and starting promoting concert. The show that started him off was a Buffalo stop of the touring version of the Newport Jazz Festival.

There’s a photo in the program for the show’s second year of a young Steve getting an autograph from Dinah Washington. He also got to meet Louis Armstrong, Gene Krupa and a host of other jazz greats. Jerry Nathan would also take the teenage Steve into local jazz dens as well.

But like most other teens of the era, he was drawn to rock ‘n’ roll, too. Stan Szelest, of course, was one of his heroes.

“My dad recognized that this is who I was going to be, I was a born musician,” said Nathan. “And he wanted to help foster that. So I remember I was 12 years old when my dad – the first time – took me to Lackawanna, to that little seedy steel mill bar that Stan and Ernie Corallo were playing. And he convinced the owner to let a 12-year-old come in, accompanied by his parents.

“Then later on, he started taking me to … places like the Royal Arms (a legendary downtown Buffalo jazz joint). I heard Jimmy Smith. I heard Jack McDuff. 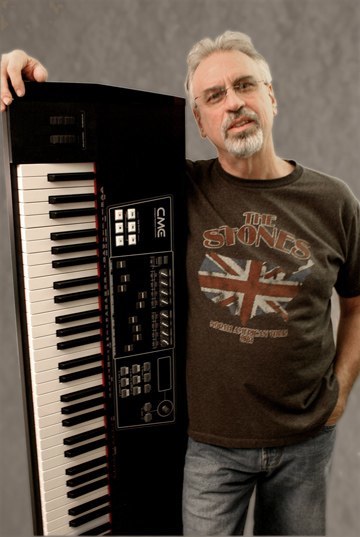 Steve Nathan with his choice of weaponry.

“I used to hitchhike out to Glen Park Casino, where (Jimmy Caliere) and Tony Galla and Gary Mallaber and John Weitz (the Rising Sons) were playing, and I would sit out in the parking lot outside the club because I was too young to get in. And I would listen to them play.

Nathan also benefitted from some of the rock conventions of the time. Nobody wanted to be listed as the opening act – the first act on stage – during the big rock tours of the time. So they wanted the promoter to get a local band to play a 20-minute set to open things up.

“You know, nepotism,” Steve Nathan said, laughing. “My dad turned to me; I had a band.”

So Steve Nathan wound up opening up for Jimi Hendrix at the Memorial Auditorium. Later, one of his bands would go on to play a 20-minute set before 80,000 fans at Rich Stadium as part of a Rolling Stones show.

But there was more than nepotism to Nathan’s success. He was honing his skills with some of the best local musicians. He served as a second keyboardist and singer with Szelest, played with some of the guys who went on to form Spyro Gyra and recorded with Jerry Hudson (formerly of the Road) on a single.

He was playing with Pete Holguin, Ralph Parker and Eric Ferguson (SP?) when they were asked to go to St. Petersburg, Fla., for a regular gig, but when they got there, the venue had been padlocked by the IRS and the singer they were to back had nothing for them.

The Buffalo guys scrambled for some gigs and shortly Nathan got a call from another Western New Yorker, Gary Baker. Baker offered Nathan a job playing in the soft-rock band LeBlanc & Carr, which had just had a hit (“Falling,” No. 13 on Billboard Hot 100 in 1977-78).

“So I left my band in Florida moved to Muscle Shoals to join this band,” Nathan said. “I did find out later that I didn’t really have the job, but that I had an audition for the job. (Baker) didn’t tell me it was an audition. He said he was so sure I would get it that he was afraid if he told me it was an audition, I might not show.”

The tour fizzled, but when Lenny LeBlanc went in to record a solo record, he wanted part of his band playing with him. When they were recording, engineer Don Daily went to studio owner Rick Hall and said he needed to hear the keyboard player.

Hall liked what he heard enough that he asked Nathan to play on a Dobie Gray record the next week. Then Nathan ended up playing on just about every Muscle Shoals session for the next 14 years.

After that, he went to Nashville. Along the way, he ended up playing on thousands of recordings and hundreds of hits. He’s played with just about every major country recording act, but also with people such as Mark Knopfler, B.B. King, Bob Seger, Joe Cocker, Billy Joel and Etta James. He’s even played on a Muppets record! He was named best keyboardist by Nashville’s Music Row magazine 13 years in a row.

Nathan officially retired about 13 years ago so he could start receiving a pension, but he’s still active in the recording studio.

But that issue of the pensions is at the center of a lot of his efforts today. He works with Musicians for Pension Security. One of the reasons that he took his own pension early was that he could see that the fund was in danger. And that fund wasn’t any kind of gift from employers.

“It is 100 percent made up by deferred wages, by money I earned by working,” Nathan said. “Every time I work, they take a little bit of my wage, and they put it in this pension fund. And they make you a promise (that) returns are supposed to be based on prevailing interest rates, but historically it has been considerably below prevailing.

“So everything in that pension fund and everything that that musician like me receives when they become too old to work is their money. But they (the pension fund) basically screwed up and lost billions and millions of dollars of it.”

Nathan said the ways the laws are set up, tens of thousands of musicians will be hurt, and more down the road. It’s similar to the situation many Teamsters recently found themselves in.

“It seems like musicians are some of the most vulnerable people in our society when it comes to things like retirements and medical coverage,” Nathan said. “ They have a lot of musicians who are members of the AFM. And a lot of them are going without insurance. It’s up to themselves, and it’s really hard to do your own savings for retirement, when you’re a musician, you’re on the road or working a job.”

These days Nathan recognizes that he’s reached “elder statesman” status in Nashville. He makes some music for his own enjoyment, but he’s never felt a huge drive to release it.

“I have more time on my hands than I used to,” he said. “I don’t do as many sessions as I used to. It’s possible like I may go back, you know, to 50 or 100 songs in various states of completion. When I have nothing better to do, I may put them all together and put it on iTunes or something like that. But it won’t be because I want to make money from it. It might just be something fun to pursue.”