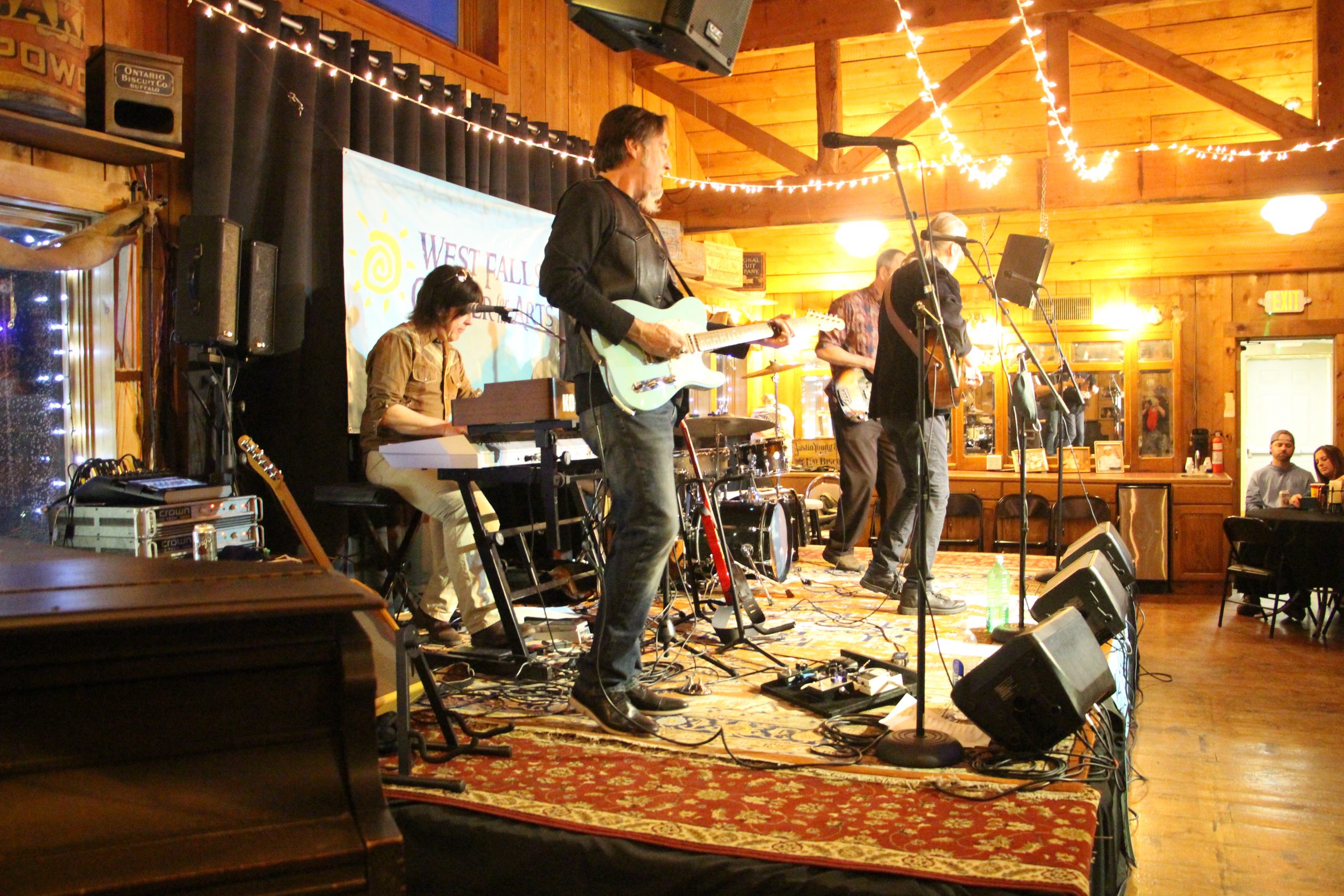 Yes, it was time.

Time for the first in-person live music I would be seeing in 55 weeks, since the SAM Foundation’s Szelestfest on March 8, 2020.

To be honest, it felt a bit strange walking into the West Falls Center for the Arts for the Steam Donkeys show on March 27. There were people sitting, eating and drinking with their masks down. 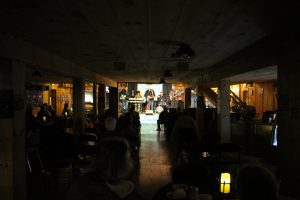 The show was sold out, but thanks to Covid precautions, that meant that it still felt like a mostly empty hall, waiting to fill up.

After over a year without being in a crowd or hearing the punch of live drums or the upclose feedback of a guitar, it seemed a bit unreal.

But then the band started playing (after Bill Panzica’s introduction, where most of the hands shot up when he asked who had gotten their vaccines), and it seemed like home again.

Part of it is that the Donkeys are some of my oldest friends in Buffalo music and one of my favorite bands. 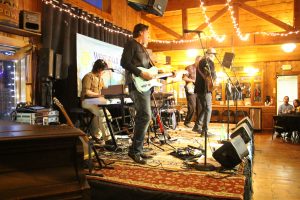 Another part was that they’ve built up an incredible collection of songs over the past three decades (singer and songwriter Buck Quigley mentioned that it was pretty close to exactly 30 years since their debut).

They played a lot of them on Saturday, but mixed them in with some new songs that sounded like they’re up to the band’s standard. One with the title of something like “When I Had It All” was particularly good.

Like all of us, you could see some results of a year’s worth of semi-solitary confinement. The beards were perhaps a bit grayer and wispier. Well, except for bass player John Weber. He’s the Dorian Gray of Buffalo music. And keyboard player Dan Delano somehow makes his ’70s teen idol look work in the 2020s.

Through the years, guitarist Dave Kimball has developed his own sound within the band, growing from taking over former guitarist Charlie Quill’s Bakersfield sound stylings to incorporating a more ethereal rock sound at times.

Quigley and drummer John Brady are the rocks that have helped define the band for 30 years, turning them into Buffalo Music Hall of Famers.

But best of all was that they were there … live … in person. Because they hadn’t played for a live audience in over a year, too.

As I moved around, taking photos, I saw the faces in the audience and thought about one of the quirks of how the pandemic is playing out. The older folks — and I guess I fall into that category now — are increasingly able to head out and return to live music. The college students I teach are, for the most part, not able to safely do that (although some do, as marked by increasing positive tests on campus). And they need live music as much as anyone.

I look forward to the day when we can all sit back and soak it in together.