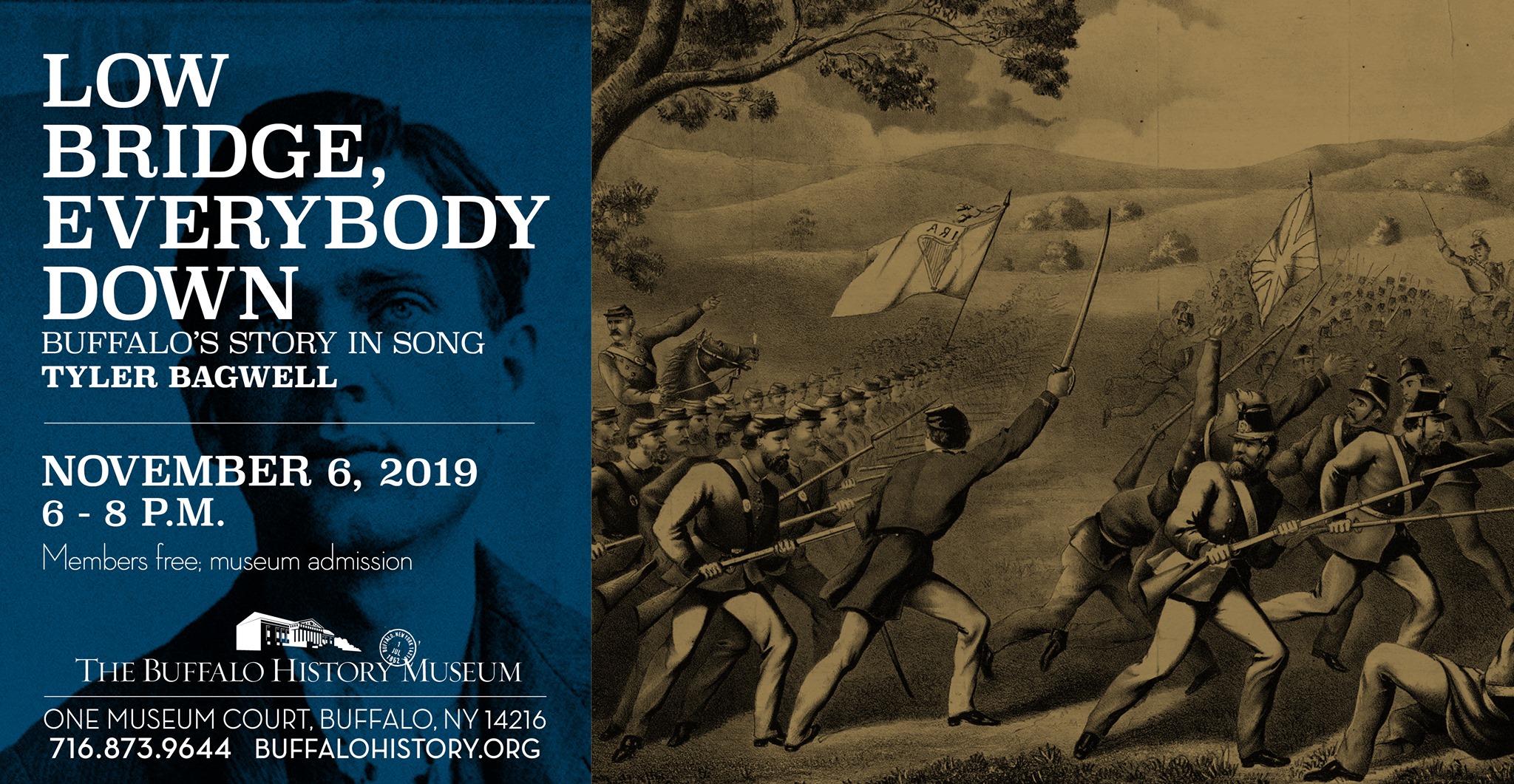 The City of Buffalo experienced a lot of traffic between 1812 and 1912. It was a century in Western New York marked by many significant historical events while people went to and fro using the Erie Canal. Tyler Bagwell intends to tell the history of this era through the songs that were inspired by it.

On Nov. 6 at the Buffalo History Museum, Bagwell will be presenting the outcome of nearly three years of research: “Low Bridge, Everybody Down: Buffalo’s Story in Song.” Accompanying himself on guitar and harmonica, he’ll showcase 10  songs representing different events in chronological order from 1812-1912. One song is assigned to each decade, representing what the museum describes as “flashpoints in Buffalo’s first century.”

Bagwell found and researched the songs with a mix of techniques from the past and present. While he did spend hours poring over old broadsheets, court documents, newspapers, books and notes, he did so on his computer. He said he mainly found the songs by researching specifically what they derived from.

“A lot of my searching was if there was an event that happened, like the War of 1812, you can be pretty sure there was a song somewhere,” Bagwell said. “When you look at them and the history around them, you learn a lot about American folk music, about the history of Buffalo and about American music in general.”

Whether it was the Fenian Invasion, the assassination of William McKinley or the tales of the lives of the sailors who lived in the so called “infected district,” Buffalo was the connection between all of them.

“The selection of songs I’ve narrowed it down to focus on that, during this century, Buffalo works as a sort of junction,” Bagwell said. “Throughout the whole century, theres’ just this constant movement of people coming and going and that’s what I saw as the main focus, showing Buffalo as this place where that’s happening.”

Without the canal as a passageway, Buffalo might never have been the backdrop to as much history. In return, the canal could not have been so successful without a major city like Buffalo as a stop along it.

As all our history teachers have told us before, it’s important to look back on the past. Through his research, Bagwell has drawn parallels between the events that prompted the songs he’s singing and modern times.

One particular event was the infamous Buffalo Slave Case of 1851, where runaway slave Daniel Davis was arrested in Buffalo by slave hunters and forced to return to his master in Kentucky after Buffalo courts ruled, citing the Fugitive Slave Act that was passed one year prior.

The press presented this as a good thing, though just weeks later a song emerged that mocked this decision and shamed those who agreed with the capture of Davis.

“It was sort of a scathing, sarcastic position saying that if there’s a law that exists that says people can be rounded up and put back into captivity, that nobody is free. And if we allow these things to happen, then everybody’s freedom is in jeopardy,” Bagwell said.

He sees the connection of this situation to current times.

“It’s something that’s really poignant now, as it’s happening on the border, where people are getting rounded up and held in captivity. If that happens to anybody, there’s no certainty for anybody’s freedom,” Bagwell said.

The song that is the namesake of this performance carries quite a heavy connection to current times as well. “Low Bridge Everybody Down” tells the story of a canal worker and his mule returning home after losing their jobs to steam-powered barges.

“That narrative of technology taking away people’s livelihoods is always relevant. … It’s a very sad song about the end of a way of life. You can look at all these places, you know, Buffalo, Rochester, Syracuse and Utica. The song is the closing of that chapter in all those places.”

Diving deep into the history of folk music is nothing new for Bagwell. At age 16, he began to wonder where songs come from, after listening to the likes of Led Zeppelin and Bob Dylan.

He starting playing in a band called Reaction and starting street performing as well. The Canisius High School grad earned his degree in graphic design from Robert Morris University in Chicago, where he lived from 2009-2015. He moved back to Buffalo to work and has been here since.

As the performance nears, Bagwell is preparing by rehearsing the songs in his usual sets and digitally released a single titled “The Smugglers of Buffalo” w/ “Low Bridge Everybody Down” on Oct. 30. The single will also be available at the performance.

And as for what Bagwell hopes people will get out of this, he mostly wants them to listen and absorb the history of the city and what it can teach. 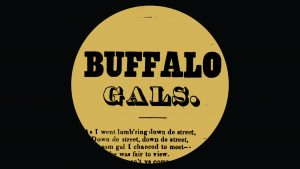 “I’m excited to get this out there in front of people. … It’s important to look at history and say ‘Why does this matter?’” he said.
Bagwell’s performance aims to show exactly why it does matter.

Anna Gagliano is a junior journalism major at the State University of New York at Fredonia.