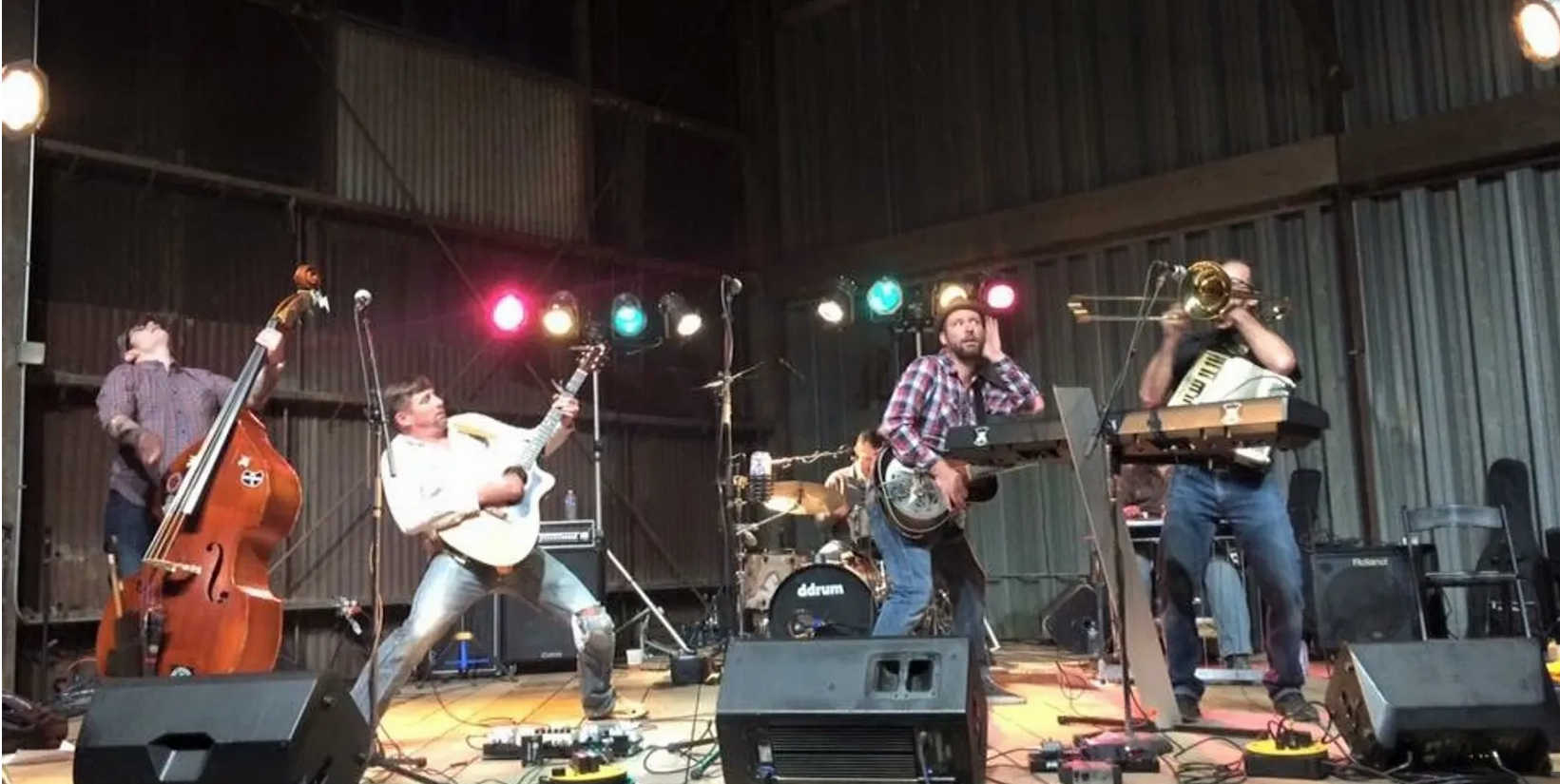 Sitting down with Uncle Ben’s Remedy

The last thing Ben Westlund and his cousin, Harmony Griffin, probably expected when they were asking Santa Claus for their first instruments as kids was that they would be reaching a degree of fame — of a regional variety a few decades later.

Growing up in the tiny town of Versailles in Cattaraugus County, Westlund and Griffin lived next door to each other on the same dead end road, with bandmate and drummer Jimmy Royce just up the street. 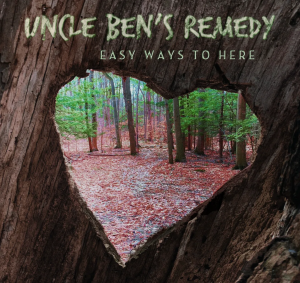 Together they experimented with music in different ways — from playing in various bands and working on musical projects, to your typical family party sing along around the campfire or on someone’s back porch.

This was just the beginning of the journey that shaped Uncle Ben’s Remedy into what it is known and loved for today.

Eventually, Westlund was able to recruit piano player Shawn Huestis, and eventually bass player Brendan O’Connor, A.K.A “BOC” — not to be confused with    Blue Oyster Cult!

Although O’Connor would be the one who completed the lineup for good, the band still respectfully nods to the bass player who came before him, Tim Cudney.

“[Cudney] wasn’t quite as crazy as us, and didn’t want to be that crazy,” said Westlund.

Ironically enough, though, the band’s striking name came from Cudney.

According to the way Westlund remembers it, Royce simply said he liked the word “remedy,” but didn’t know what to do with that.

Cudney then suggested they go by Uncle Ben’s Remedy.

At first, Westlund wanted nothing to do with the name.

“I don’t want my name in the band; I have no interest in that whatsoever. Secondly, I’m not even an uncle. I was weirded out by it,” said Westlund. 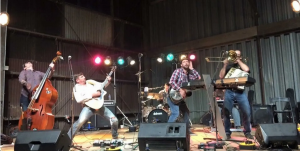 After being outvoted by his bandmates, they flew with it.

The name grew on Westlund upon becoming an uncle to his nephew, Jackson.

Apart from this, family and sentimental value are a common theme in UBR’s music.

“A couple records ago, we were able to record a song with our grandmother, Ben and I,” said Griffin.

“It’s called ‘The Old Apple Tree,’ and it’s a song that we had sort of known growing up. The idea that we have that written down into stone in history for our grandmother, it’s really, really amazing.”

Almost their entire family and other people from their town participated in background vocals for the song, contributing even more to their roots-driven, country aesthetic.

Another familial influence on UBR’s music and overall message is their late grandfather, Adrian “Ade” Westlund.

“He was a wonderful storyteller. I mean, he could go in a room and just light the place up wherever he went, to his credit,” Westlund said with a chuckle.

“Sometimes it was too much, but that never stopped the guy.”

Westlund said that he sees himself as a cross between his Grandpa Ade and his father, Adrian “Grundy” Westlund.

His father, according to him, was a true country singer; he didn’t like all the storytelling and top entertainment things, he just wanted to sing. Meanwhile, Grandpa Ade was more like, “screw playing a real song, I’m just gonna halfway through tell a crazy story that makes everyone laugh.”

“I feel like I’ve taken the seriousness in the music from my dad, and at the same time there’s the hilarious lyrics of ours that I know my grandpa would have written,” said Westlund.

“I feel like Pa would absolutely love what we’re doing,” said Griffin after he sipped his beer.

“But he also probably would come and get up onstage and disrupt our set saying, ‘Hold on, boys; I got this.’” 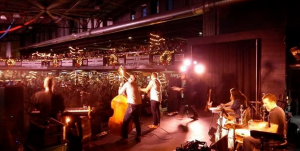 Playing to the crowd
(Photo from unclebensremedy.com)

After chatting with Westlund and Griffin for a while (at what felt like a breaktime drink) and taking in their humor, it was pretty obvious that these were fun, carefree guys who don’t take themselves too seriously.

With that said, they don’t take things like constructive criticism from their bandmates too personally, either.

Westlund said that he often writes the beginning portions or main ideas for UBR’s songs. Most of these ideas come into existence through drunkenly-recorded voice memos that he never wants anyone to hear.

After that, the ideas are thrown into the metaphorical sausage maker that is the other bandmates, seeing what they can come up with in their own image and move on from there.

They feel that their creative process is a lot more collaborative and open than most other bands.

“Ben has said that he’s very much open to me saying, ‘Hey, this kind of sucks, or this is fucking awesome, go with this, push in this direction. It’s super helpful,” said Griffin.

Each band member feels secure enough with their role in the band that no one is territorial about who does what in any given song.

“The most important thing in writing is the song itself. It has nothing to do with egos or anyone getting their special part,” said Westlund.

“If there’s no drums in the song, Jimmy hangs out and has a drink. And he’s OK with that.”

This sense of community and support is present among not only Uncle Ben’s Remedy, but with the other like-minded people in the local Buffalo music scene.

At least in their little niche, according to Westlund, everyone pushes for each other and has the next guy’s back, whereas in other places, music scenes can get to be pretty competitive.

Some artists that UBR have collaborated with in recent years include Tyler Westcott of Folk Faces and Ashley Beatty and Beave Sorensen from the Leroy Townes Band.

Their latest album, “Easy Ways to Here” was recorded in two of the best studios in Western New York: GCR Audio and Tarbox Road Studios.

Westlund and Griffin said that everyone involved in the process is incredibly supportive of original music in Buffalo.

“I think we’re super lucky to have something like that available, a world class studio where assholes like us can save money together to go to,” said Griffin.

The guys of Uncle Ben’s Remedy want nothing more than to return to their self-described “crazy, foot-stomping hillbilly shit,” but understand the need to wait until safety measures say it’s OK.

“We can’t really do like a Zoom concert,” said Westlund.

“Our whole thing is the interaction with the crowd and being out of control: dancing, hugging, jumping up and down and having a great time. You can’t do that now.”

Above is the video for “Drink to Remember,” the initial single from UBR’s new album.

UBR understands the risks firsthand, as O’Connor is a registered nurse working in a COVID wing. There were a lot of times where it didn’t seem safe for the band to be together like they have been in the past.

“The music is important, but there are other things that are more important today,” Griffin emphasized.

Their optimism and light-heartedness is something that all of us can learn from and implement into our own lives, especially in today’s climate.

If you’re lucky enough to have snatched a ticket to their now sold-out show at Tralf Music Hall on March 20, you’ll be able to be remedied in real time.

You can keep up to date on Uncle Ben’s Remedy at the band’s website or Facebook page.