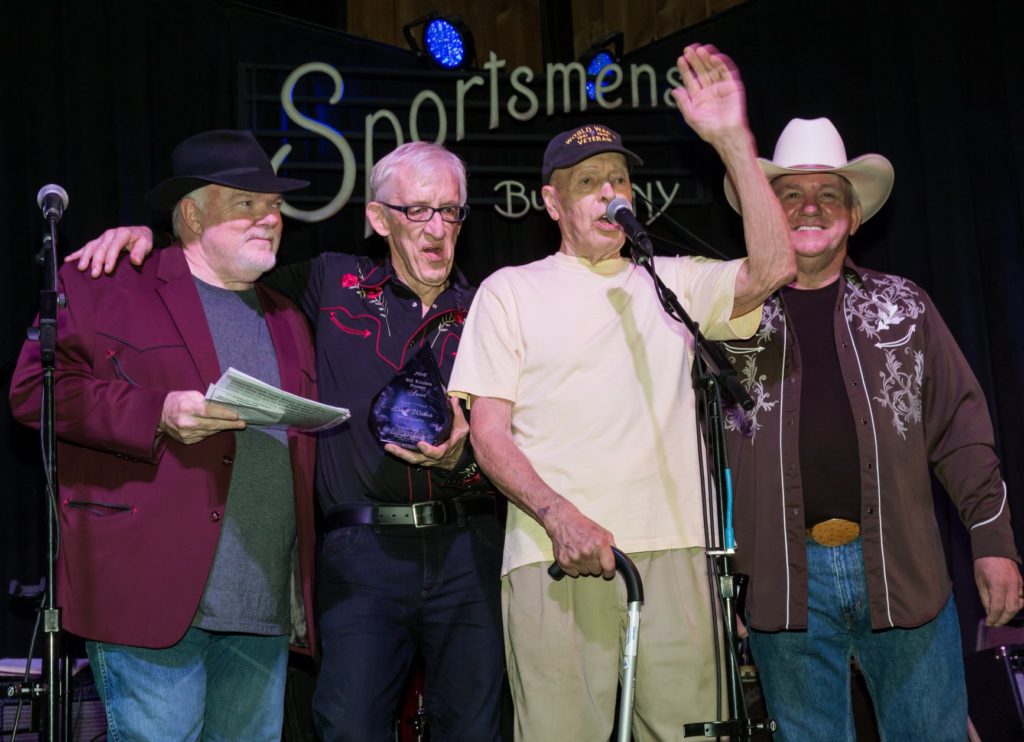 Our sympathies to the Weber family, who lost Ernie earlier this month.

He was the SAM Foundation’s Bill Kirchen Pioneer Award recipient in 2016, recognizing a long career playing alongside his brothers and other family members in one of the region’s leading country and bluegrass groups.

“In addition to Ramblin’ Lou’s Schriver Family, the other first family of country music in WNY is the Weber Family. Lou featured traditional country but the Weber’s performed more bluegrass. The Weber band included Ernie Weber on fiddle and banjo, Wally Weber on mandolin and Fritz Weber on banjo and dobro. They all also played guitar. They started performing in the early 1950s and recruited their children and grandchildren to work with the family band, as soon as they were old enough to hold instruments would later feature guest appearances by their children, Wally Weber jr.(guitar, bass and drums), Judy Weber (bass), Wendy Weber (vocals) and Cindy Weber (banjo and guitar). The Weber Brothers Band played regularly at the Club Utica, TNT Western Paradise, Rinaldo’s, later at Luder’s Log Cabin in Elma. Almost every Sunday you would find them performing at Jamborees all over WNY.”

Ernie died Feb. 1 at age 91. A World War II veteran, he was a Teamster truck driver for 40 years. He started playing music with his brothers Walt and Fritz at age 7. The Weber Family Band was inducted into the Buffalo Music Hall of Fame in 1999.

His death notice in The Buffalo News noted that one of his greatest joys was opening for bluegrass legends the Osborne Brothers.

His remembrance mass will be celebrated on Thursday, Feb. 14, at St. Vincent De Paul Church in Springbrook.  His family is planning a musical celebration at 2 p.m. on Feb. 24 (which wold have been his 92nd birthday) at Ernie Weber’s Beef ‘n’ Ale at 3167 South Park Ave. in Lackawanna.