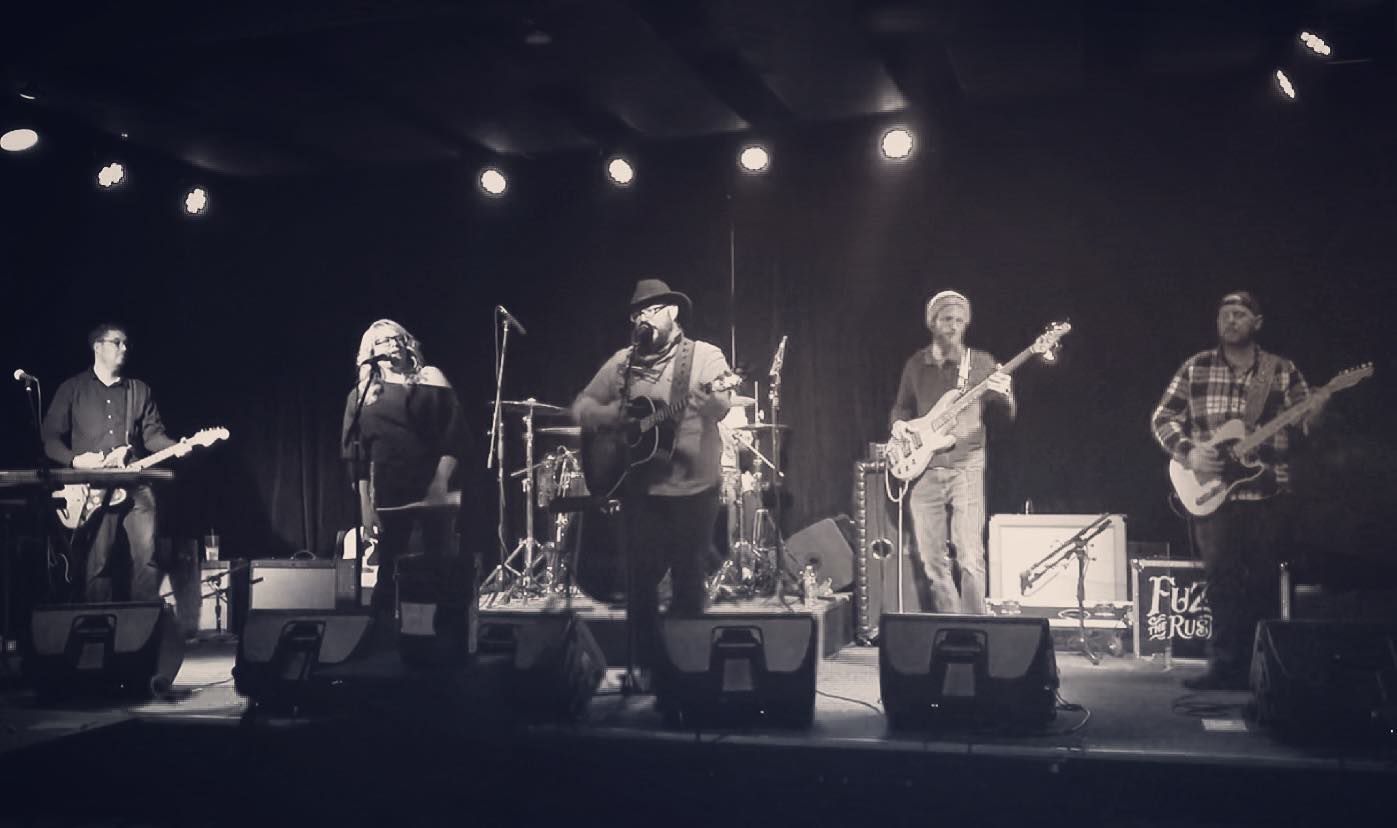 Review: Fuzzy & the Rustbelts and CPX take the Cave 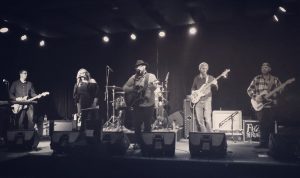 Fuzzy & the Rustbelts at the Cave
(Photo from band Facebook page)

“Holy Sh*t we have a show!” is what the CPX posted to Facebook to share the news about its show with Fuzzy & The Rustbelts on March 19.

Both bands took the stage at The Cave, a relatively new joint on Military Road in Black Rock. It’s situated behind the Sportsmen’s Tavern.

Serving as the rollicking opening act, the CPX (Country Punk Xtravaganza) kicked the crowd into high gear. This was energetic joy that I want to see again, especially after a wonderful cover of “Girl from the North Country.” This band is very good and they had way too much fun!

Fuzzy & The Rustbelts took the stage quickly and launched into a 16-song performance. Nine of the songs originate from their strong debut album “That Sweet Song.” The songs describe the American Experience clearly; there are stories of heartbreak and stories of courage.

“Ship of Fools” is a western country classic that made the room pay attention. Then came a song that I first heard at a Sportsmen’s Tavern Showcase, “American Tattoo,” which is a beautiful piece of writing. I was not disappointed. I like the quiet CD version better, but on this night, the band responded to a crowd hungry for live music. There is a real darkness in this song. It is moving, patriotic and honest.

First and foremost, Fuzzy writes a hell of a song. “Fifty Million” makes me laugh because it describes the aggravations between two people loving each other for a long time. “Perfect,” which is featured on their new EP, was featured on a recent Apple Music program and it’s pretty and sweet. The program mixes the songs carefully. The quiet moments are suddenly awoken with “Mountain Song” or “Hello June.”

A couple of covers were crowd pleasers: The Eagles’ “Take it Easy,” a muddled version of Springsteen’s “I’m on Fire.”

But it’s the band’s originals that surprise and delight. The title track, “Sweet Song” is delicious! Next time you are at The Sportsmen’s, stop into the store and buy “That Sweet Song” CD. The tunes will stick in your head like a memory of a summer day by a river with your sweetheart.

Fuzzy has one hell of a voice! It is deep, growling, high and keening; Think Kris Stapleton meets Tom Waits. And he has range when it is needed.

Amanda Stoddard has a strong, clear and crisp voice. Whether you are listening live or in your car, this is a terrific band that will stay on your playlist for a long, long time.

The crowd has the Hall family to thank for making performances like these possible.
The Halls, who own both the Tavern and the Cave, create venues that are warm, welcoming and honor the music.

This sorta-end-of-COVID-19 outing had all the earmarks of that experience — with face masks, of course. And There was social distancing, which is so damn weird, but the crowd at 25 percent capacity felt full, larger. (Definitely fuller — delicious hot dogs were served with mustard, ketchup and, yes, relish!)