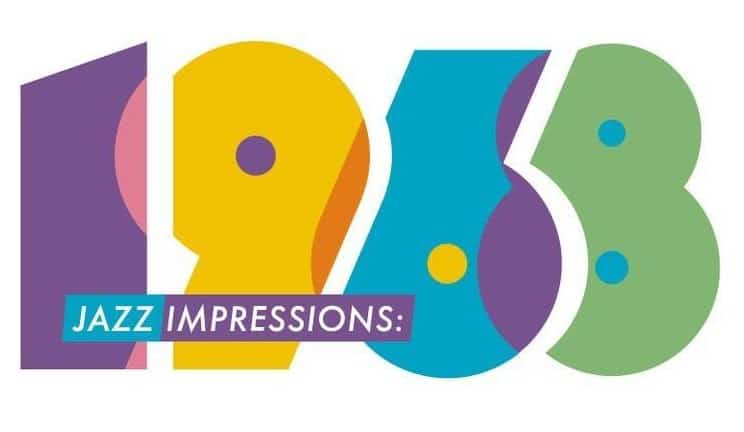 If you’re not an active member, consider renewing your membership.

Our membership has continued to grow but we would like to see participation from those who have been members in the past.

You’re our gold – referencing the jingle “make new friends, but keep the old, one is silver and the other’s gold.” 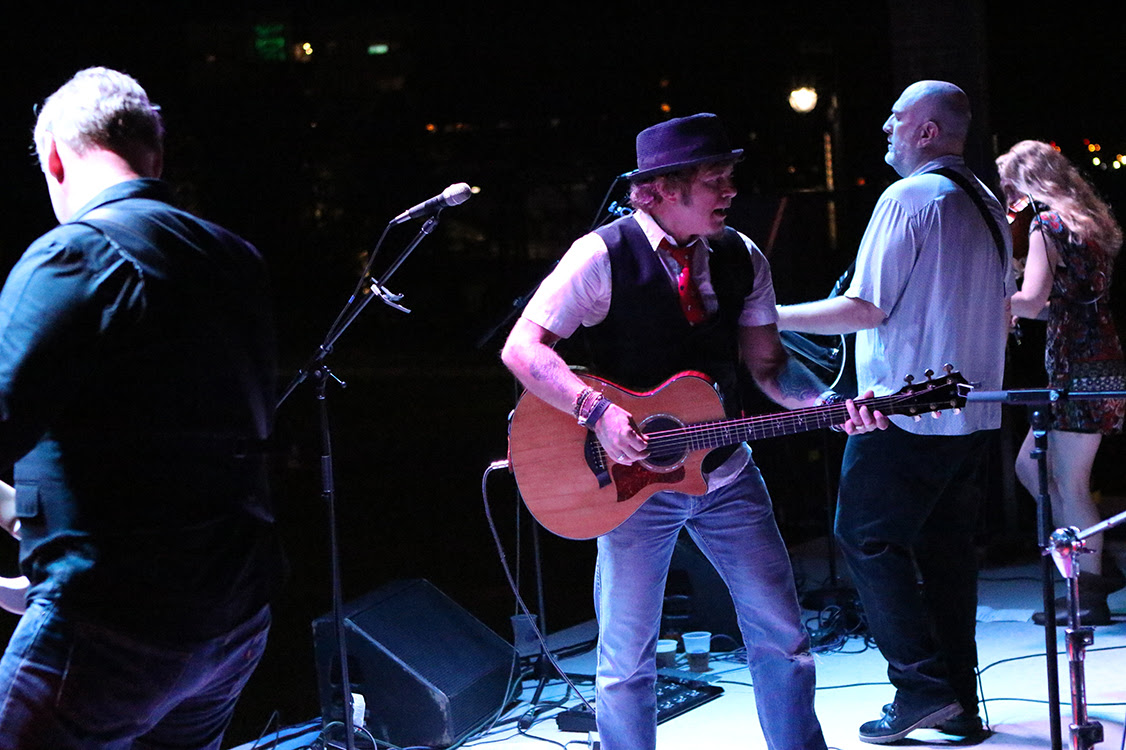 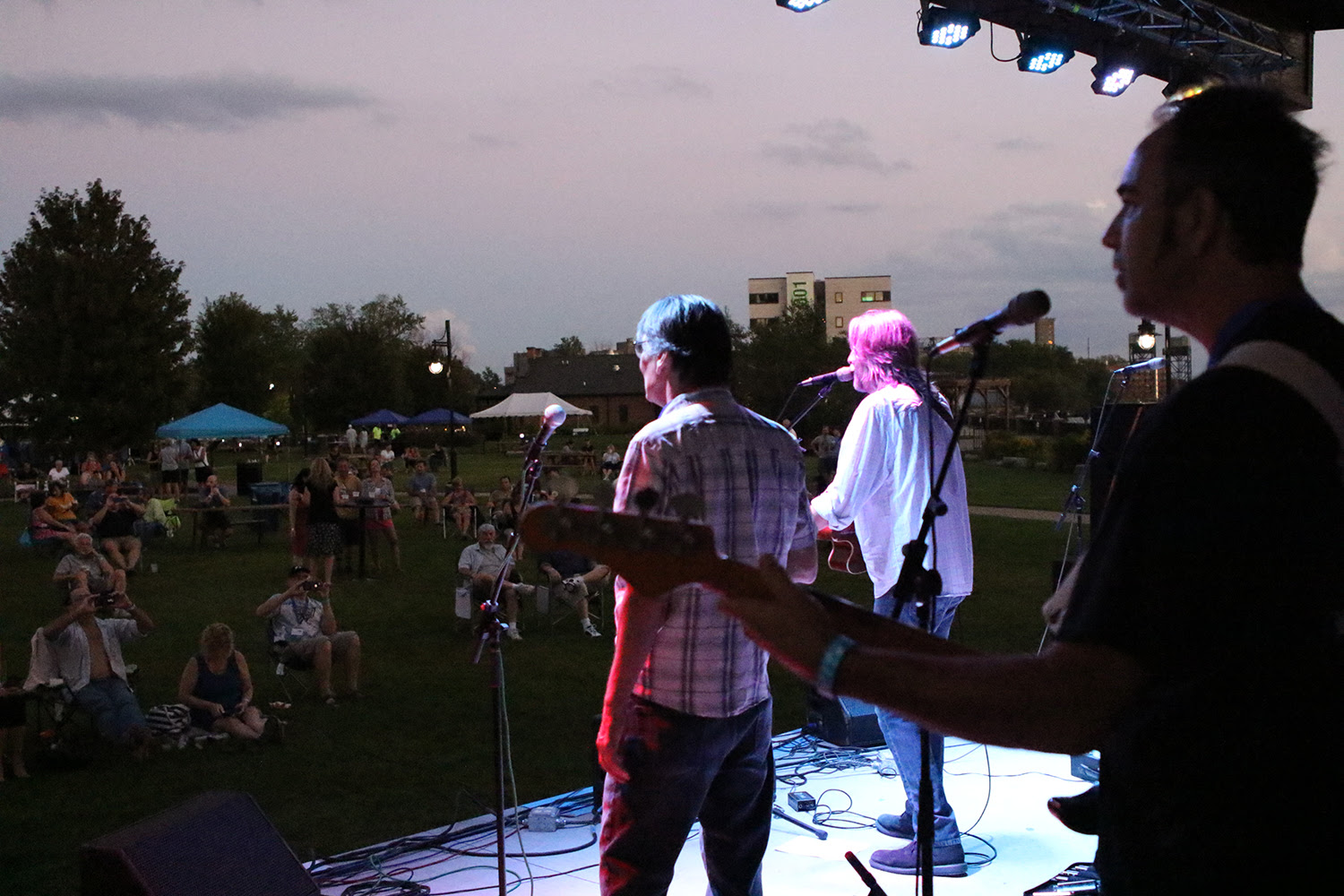 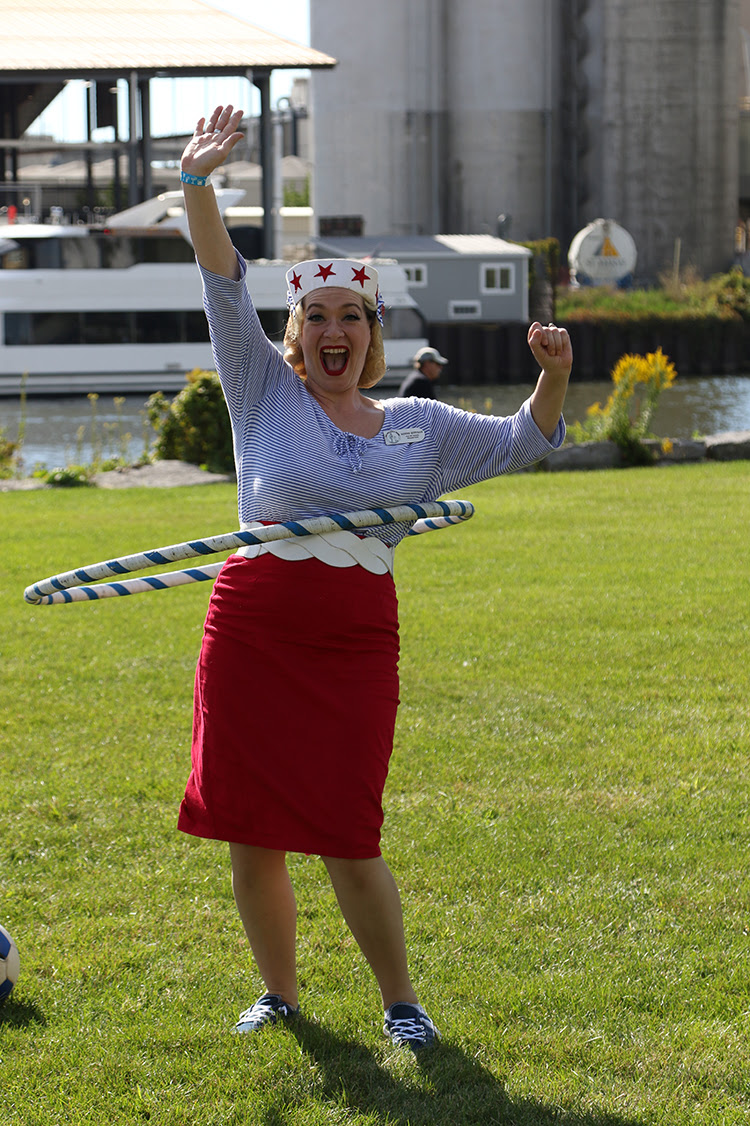 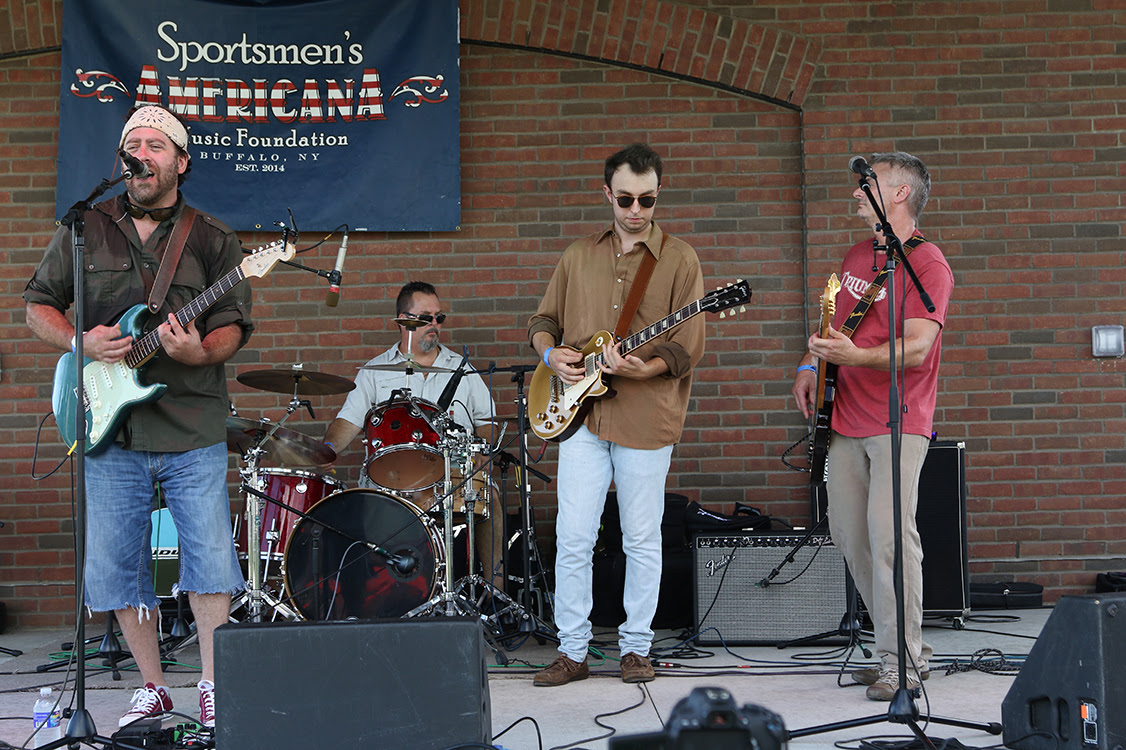 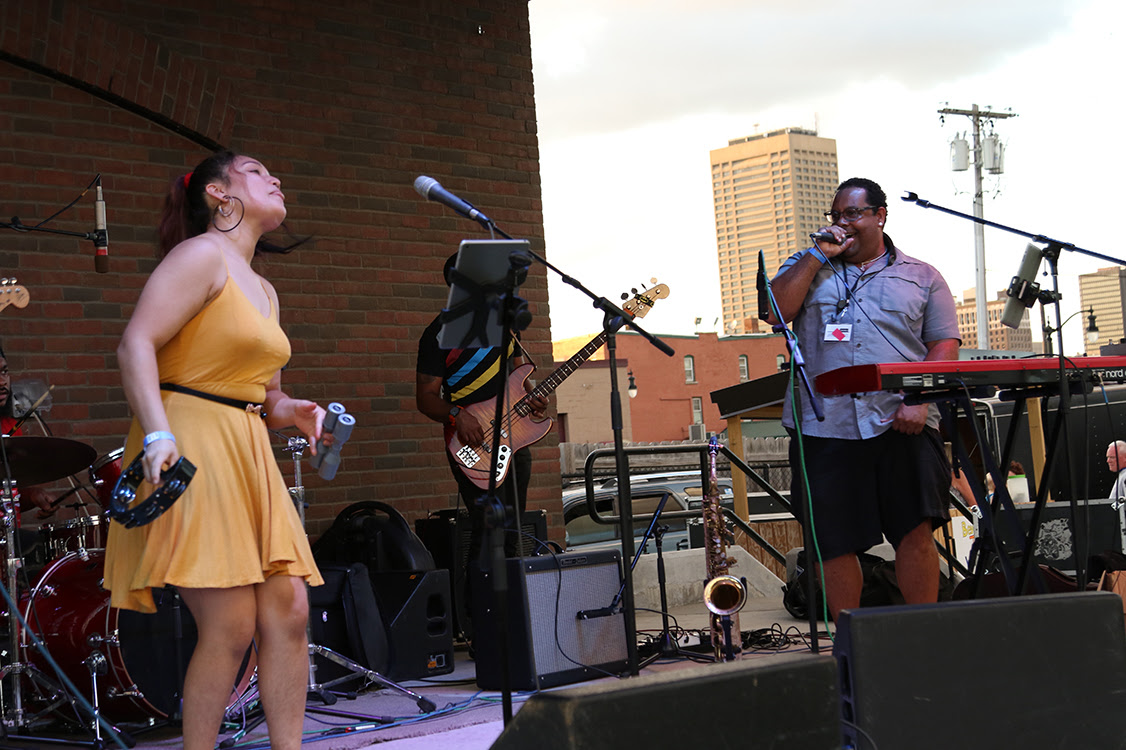 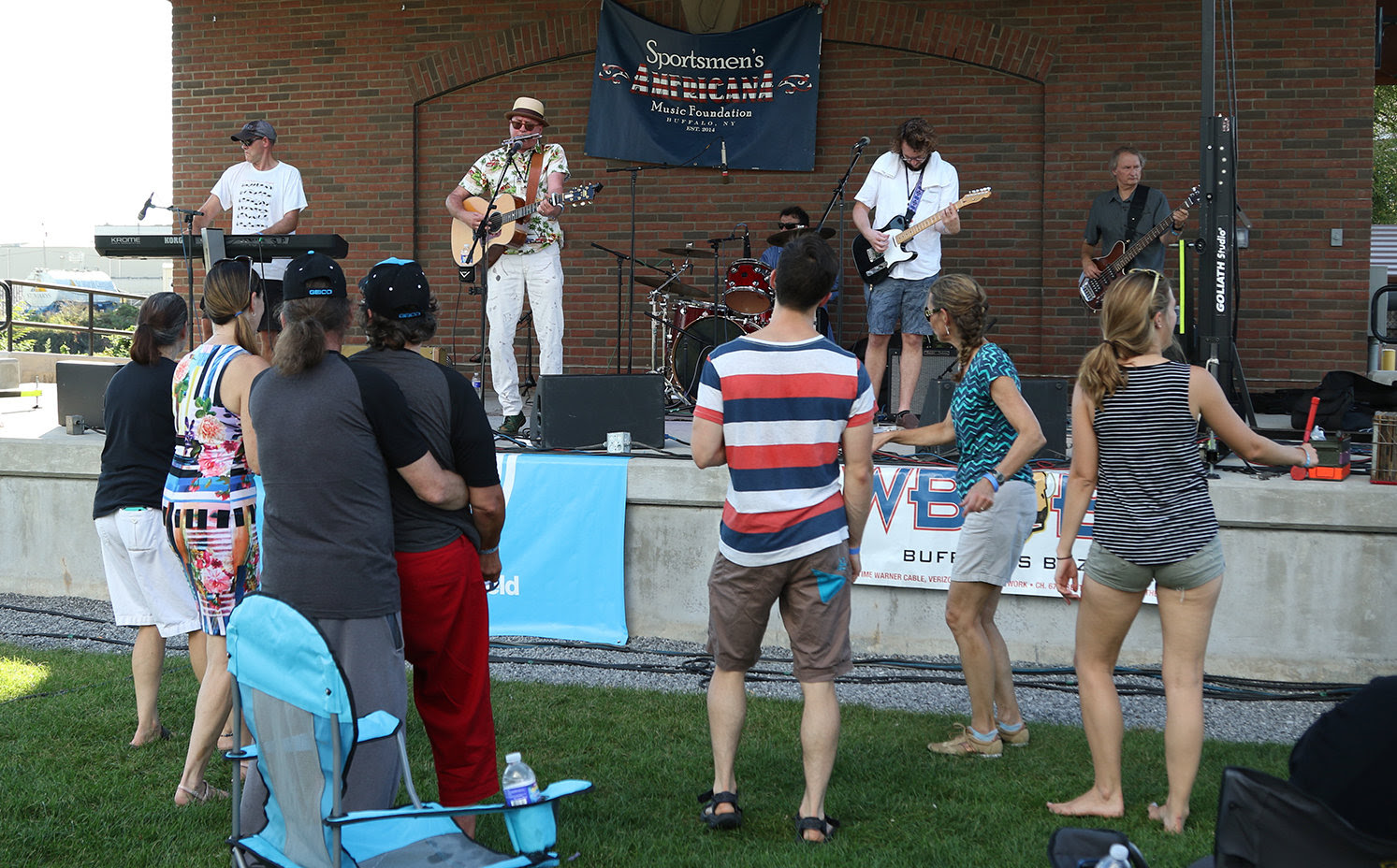 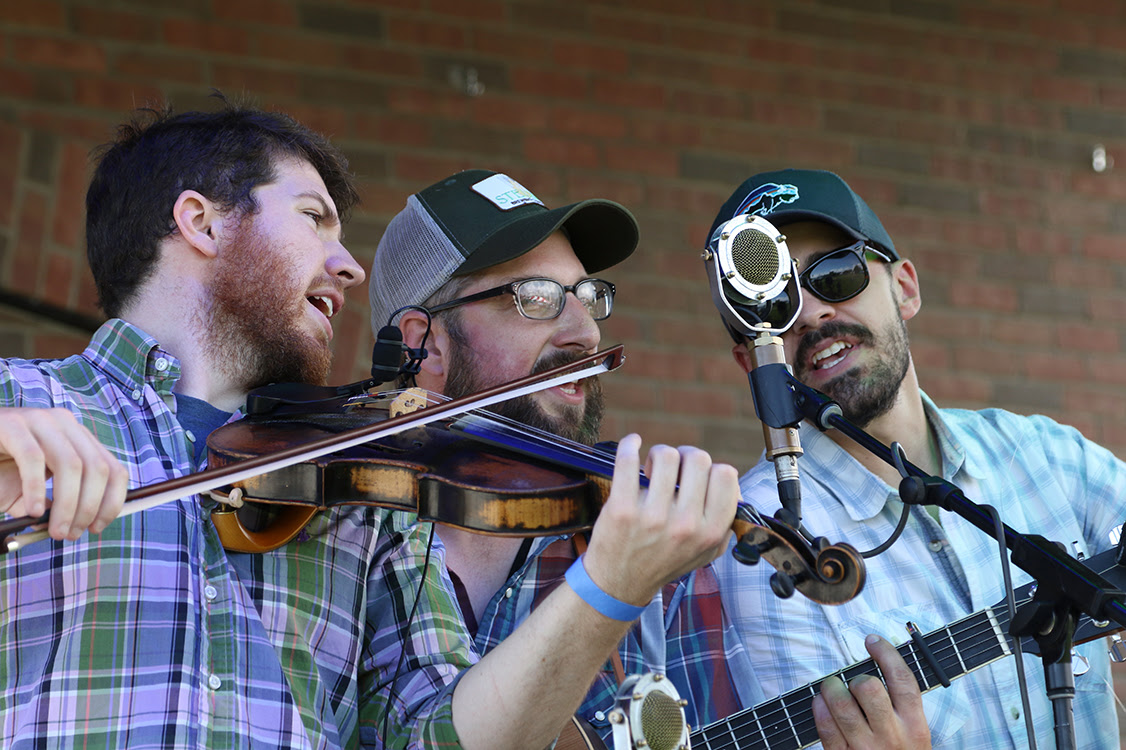 We could not present any of our events without the tremendous help we get from our volunteers.  I want to thank them; this is not me just being polite and getting this out of the way.  The entire Board of Directors and I really appreciate all that they do for this organization.

Board member Bernie Walsh ran the volunteer operation and worked hard all day.  Sue Jaworski and Patty Niemiec helped her out as volunteer coordinators.  Board member Patrick Gormley also spent the entire day working to make sure everything went well.  Jason Hall worked from early morning until well into the night.  Tim Franczyk, John Venezia, Elmer Ploetz, Jeff Griffin all did their part as Board members.  Jae Daniel did an outstanding job with sound all day, and Paul Panzarella took many great photographs; several you see here, there will be more on Facebook, and many more on our website soon.

This event is our primary fundraiser of the year.  If we didn’t have the support from our corporate sponsors, members and volunteers, we would not be able to do all the things we’ve been doing with education and the many events we present throughout the year.

A few days after you receive this, on Monday, Oct.15,  we’ll conduct our Annual Award Night at the Tavern.

If you can still get a ticket, I suggest you do so in advance.  It’s going to be a great show with last year’s Band of the Year, Ten Cent Howl, anchoring the evening.
Joining them as guest stars will be the 2018 nominees.  We’ll present awards for Band, Male and Female Singer, Jim Lauderdale Songwriter, Member and the Bill Kirchen Pioneer Award.

Photos and a review will appear in next month’s JAM and, as always, follow us on the SAMF Facebook page.

Here are this year’s nominees:

Sept. 21 and 22 featured the initial Borderland Fest at Knox Farm State Park in East Aurora.
There were many national acts at the Fest, along with some of our local favorites and several thousand people each day.  It was really a great festival in a beautiful setting.
Leroy Townes and Miller and Other Sinners played on the main stage.  The Sportsmen’s Americana Music Foundation stage hosted Ten Cent Howl, Folkfaces, The Observers, Pine Fever and PA Line.
The SAM Foundation had a tent set up to share information about what we do and sold a few memberships and some merchandise.  We look forward to a further collaboration with Borderland next year. 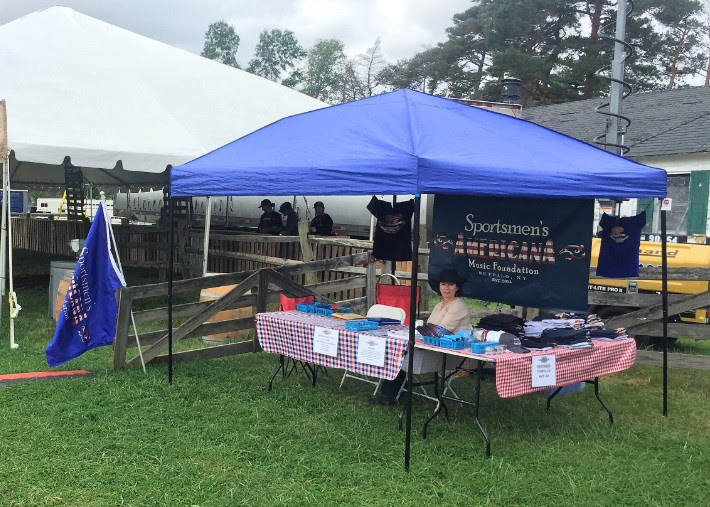 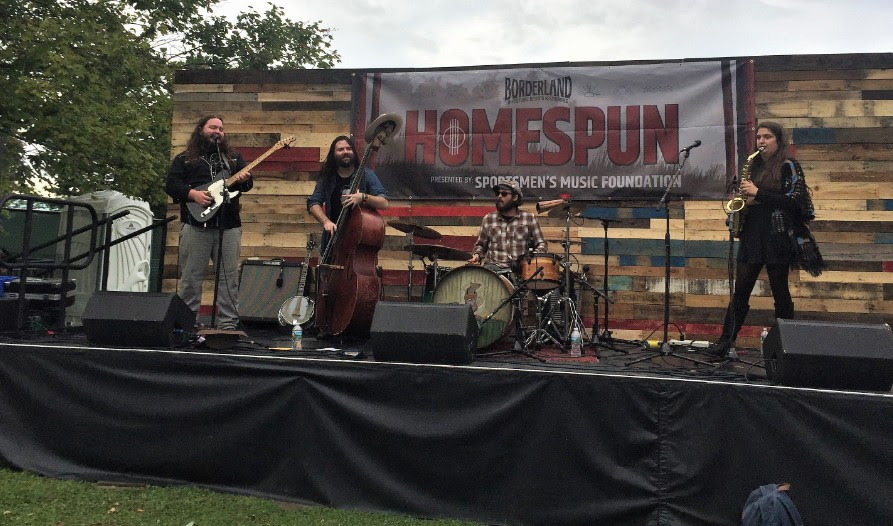 Our first joint event at BNHV was held on Sept. 29 at the former Amherst Museum on Tonawanda Creek Road and New Road in northern Erie County.

Guitarist Frank Fotusky (second from right) shows how to do it.

Grant Dermody opens his talk on the blues harp

Going on at the same time was a Civil War encampment of the Grand Army of the Republic and a horseshoes tournament.  This is a big site with many acres and buildings that have great potential for us to expand our message and bring in new members from northern Erie and Niagara counties.  Watch for more information.

A wide variety of live music is up for grabs this month.  You’re not going to win any free tickets if you don’t enter the contest … so check the directions for how to enter at the bottom of this note!

Here are the picks:

At the Sportsmen’s Tavern: 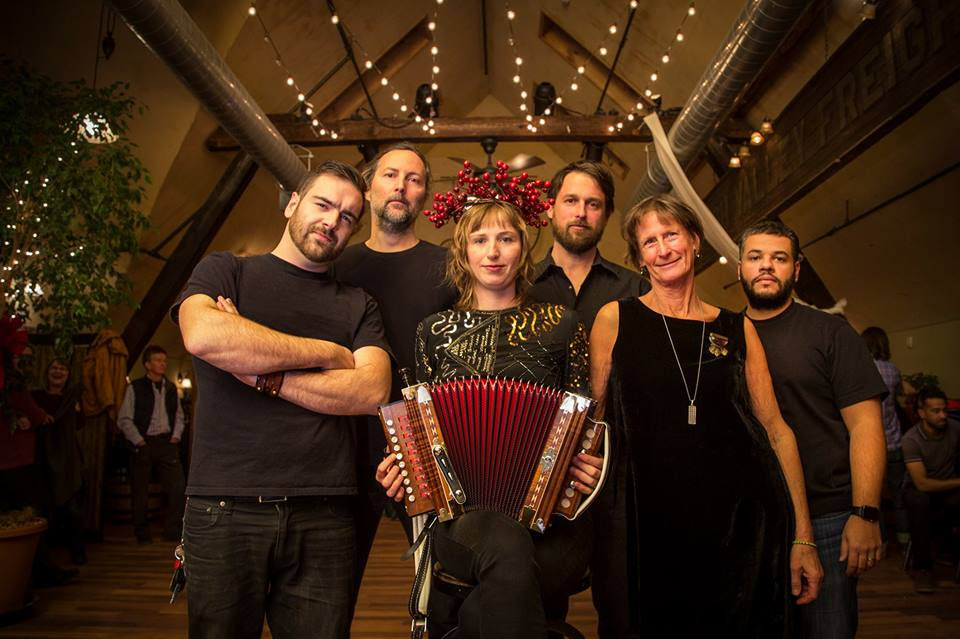 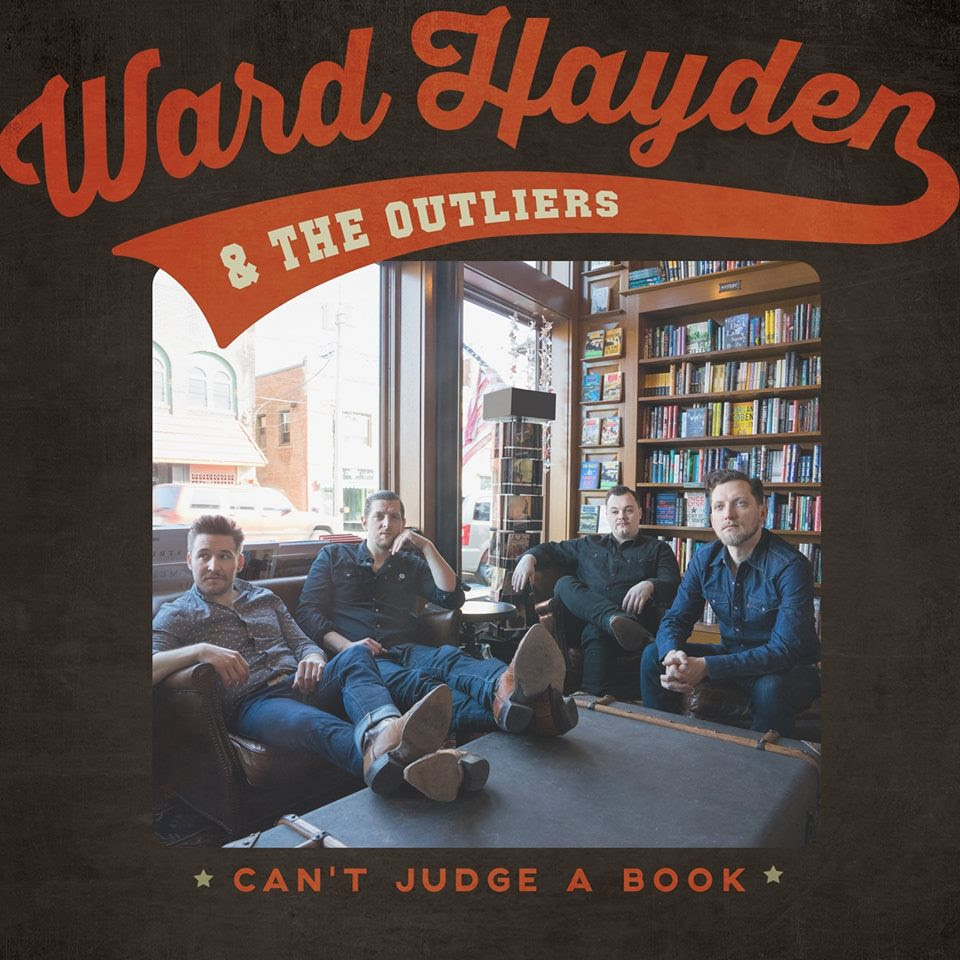 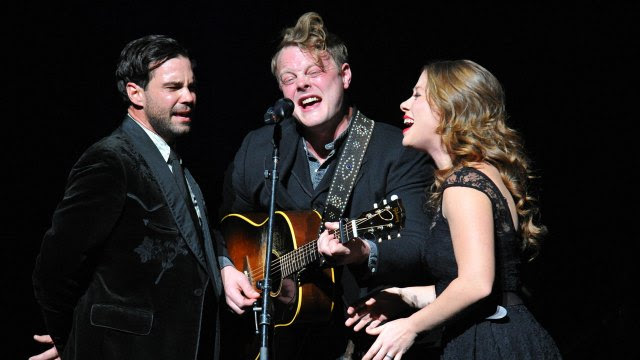 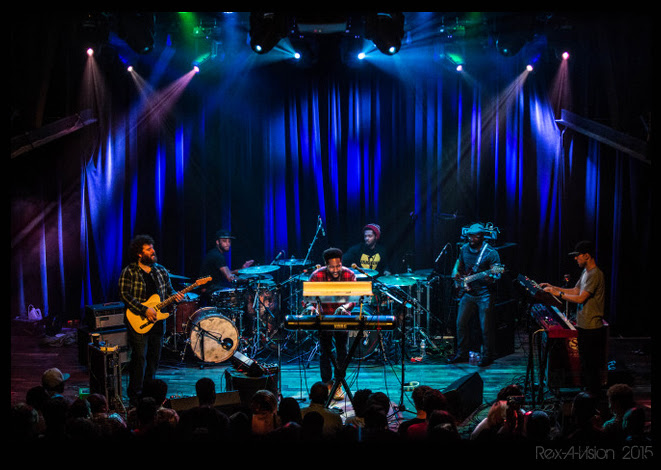 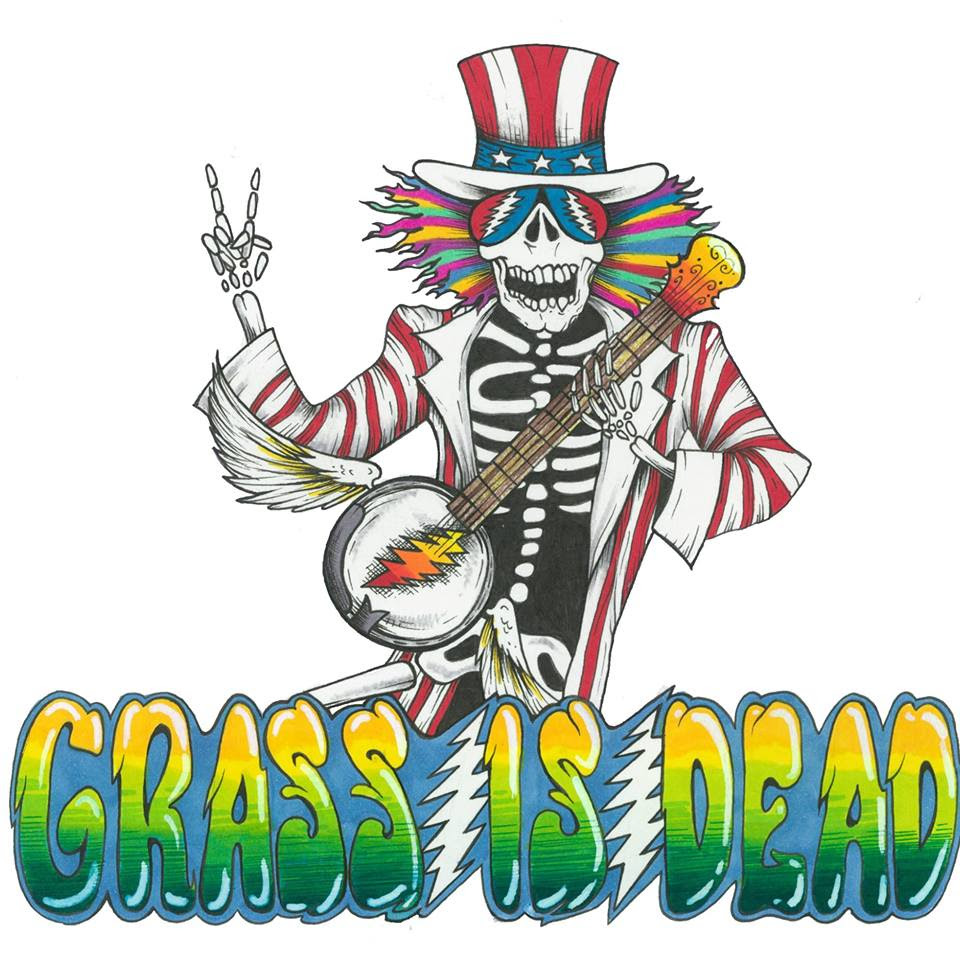 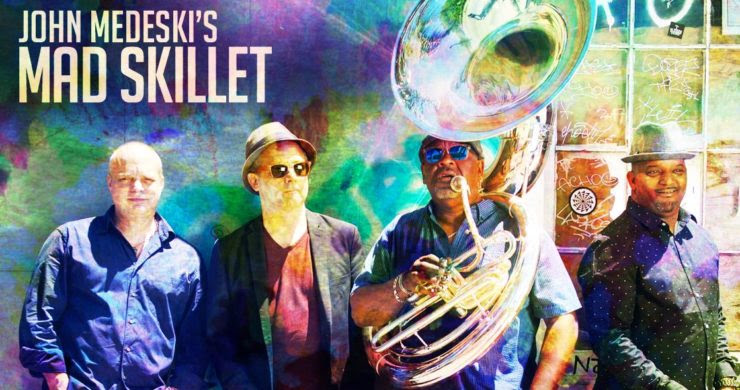 At UB Center for the Arts: 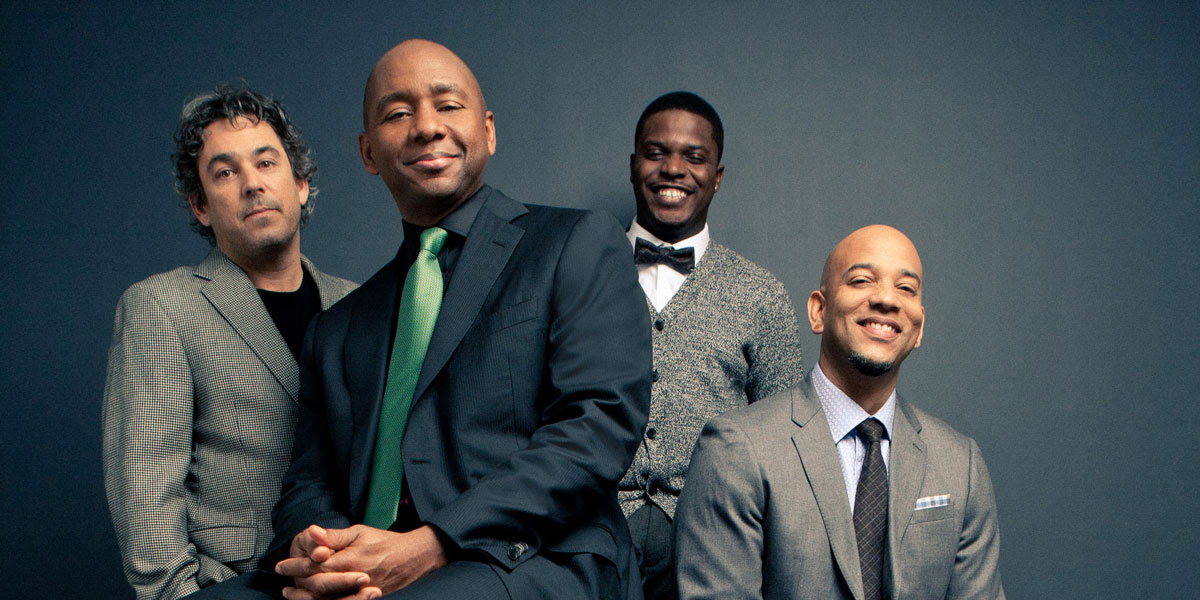 Email me to win a free pair of tickets. 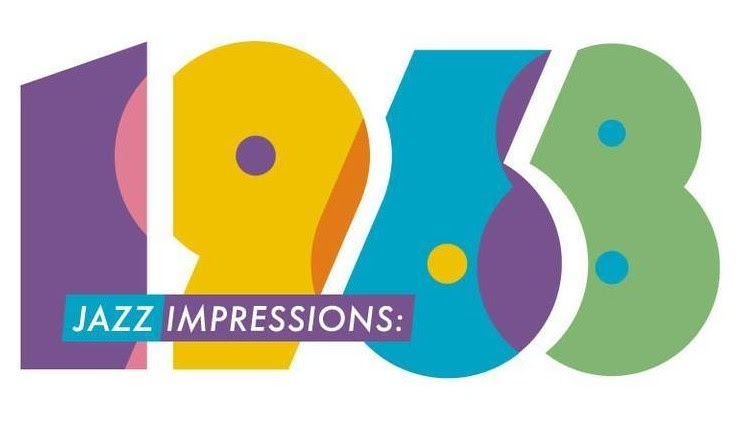 The Sportsmens Americana Foundation is proud to be a major sponsor of Jazz Impressions: 1968, celebrating the 50th anniversary of a seminal year in music and culture. 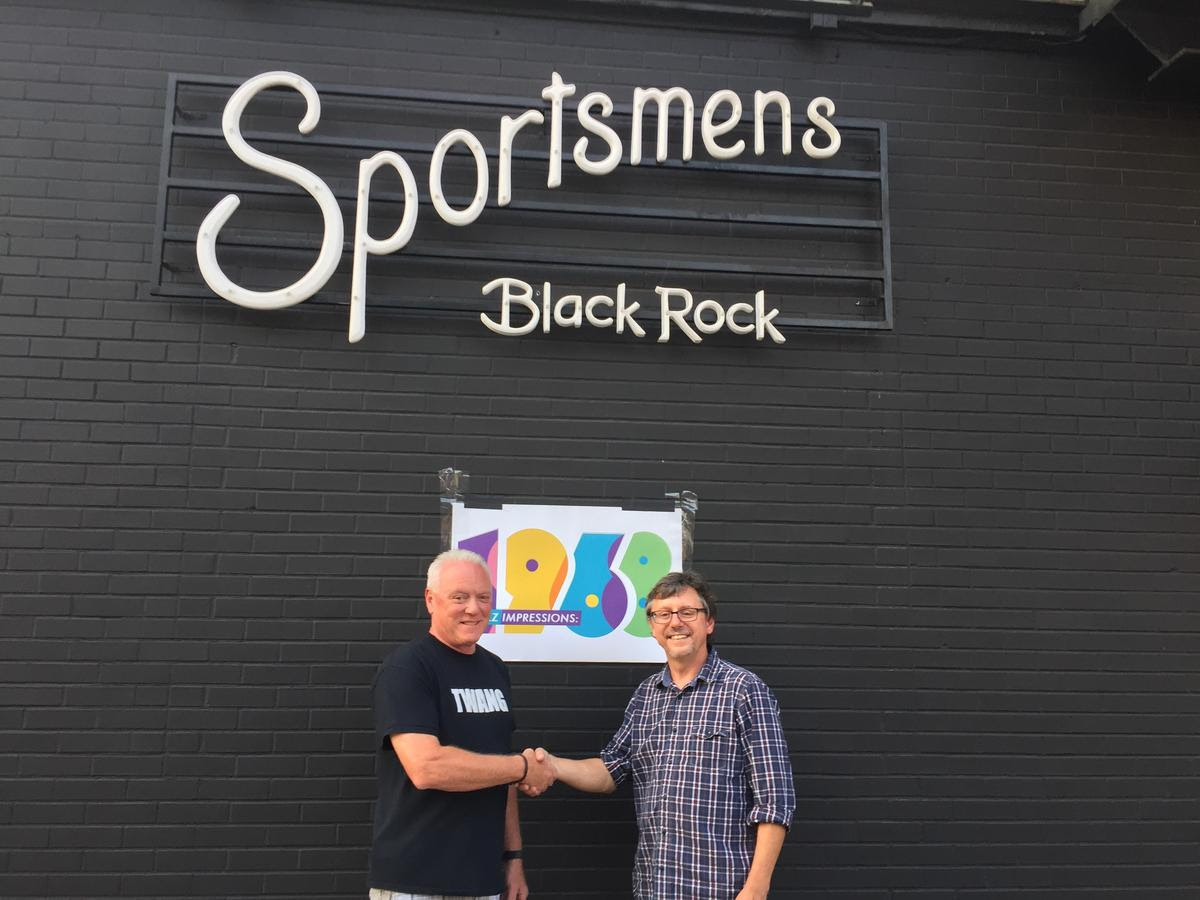 Bob McLennan (left) with series curator John Bacon
as Jazz Impressions is announced.  Photo courtesy
of WBFO-FM. To check out their story, go to https://bit.ly/2Cwl4tK

During October and November of 2018, a group of Buffalo area musicians and writers will collaborate on a series of concerts reflecting on the musical, social, political, historical and artistic aspects of one of the most tumultuous years in American History.  Musical and literary artists will look at 1968 through the words and music of the time and reflect on the influence and legacy that resulted from the immense creativity of that time. This project is part of an annual initiative that began in 2017 with a celebration of the 100th birth year of composer and pianist Thelonious Monk.

Bacon, a composer  and percussionist, is a member of some of the most prominent jazz groups in Western New York, including Star People, the Bobby Militello Quartet, the Buffalo Jazz Octet, the UB Faculty Jazz Quartet and the Buffalo Jazz Composers Workshop.  He is a music educator at UB, Villa Maria College and SUNY Fredonia. He has been honored as a composer through the New York State Foundation for the Arts (2013 Artist Fellow) and the New York State Council on the Arts (Individual Artist Composer Commission).

Bringing together these various activities, Bacon has curated a series that asks musicians and literary artists to reflect on the impact of 1968 on the present.  The artists’ exploration will attempt to answer questions to the current era of social and political turbulence. How have we honored the struggles and achievements of 1968? Has the promise of 1968 been fulfilled? What does the legacy of 1968 mean today? Can we find answers for our current difficulties in the efforts and achievements of 1968?

A concert featuring performers from various participating groups in the Jazz Impressions: 1968 series.

Lisa Hasselback, piano; Bill Staebell, bass; and, John Bacon, drums will visit the music of Bill Evans, and Chick Corea and the lasting impact this music has had on the contemporary Jazz Piano Trio.

The Buffalo Jazz Octet, an adventurously intriguing ensemble representing the stylistic depths of the Buffalo area jazz scene, has crafted arrangements of well-known pop songs of 1968.

This music reimagines familiar songs to create a contemporary view of our pop legacy. Joining the ensemble will be Buffalo State College music historian Charles Mancuso and poet Michael Hopkins.

Star People is a group of stellar Buffalo jazz musicians that reimagines the music of Miles Davis.

For this event, they will feature the music of Miles’ 1968 recordings “Filles de Kilimanjaro” and “Miles in the Sky.”

In 1968, Miles Davis was on the brink of full immersion in a funk-rock-jazz amalgam. The use of electric piano, electric bass and straight eighth-note drum grooves were the first premonitions of this monumental change.  But also significantly, Miles was exploring more complex musical structures including evolving vamps for solos, multi-part compositions, and exotic harmonies. T
his concert highlights the gestation of jazz rock and the accumulation of energy toward its birth.

The music and words will be a true reflection on themes of the era of 1968. In this concert the writers and musicians will ask the important questions “Where we were in 1968?” “Where are we today?” and “How did we get here?”

Please join us in a party featuring the music of the era including songs by Joni Mitchell, Laura Nyro, Dionne Warwick and Aretha Franklin in festive beer hall atmosphere of Flying Bison Brewery.

The room sounds wonderful for jazz and there will surely be guests sitting in throughout the evening. Featuring Bobby Militello, George Caldwell, John Bacon and Alex MacArthur performing songs of 1968 with special guests to celebrate the culmination of the Jazz Impressions: 1968 festival.

This series is made possible with support from the Sportsmen’s Americana Music Foundation, the Buffalo Jazz Collective, and the Cullen Foundation.  Special thanks to the Burchfield-Penney Art Gallery, Hallwalls Contemporary Art Center, the Kenan Center, UB Music Department, Villa Maria College, the West Falls Center for the Arts and the Buffalo History Museum.

Radio from your WNY favorites

Thirteen hundred and forty-five songs.  And they’re all from Western New York-related performers.
That’s what you’ll find on Americanarama Buffalo.  The online radio station has been running 24-7 for approximately 18 months now. It’s the only place you’re likely to hear Western New York stalwarts such as Allison Pipitone, the Skiffle Minstrels, Tom Stahl & the Dangerfields , the Steam Donkeys, Willie  and Davey O. alongside newer acts like the Brothers Blue, Copper & Gin, David Michael Miller & the Others Sinners and Sara Elizabeth.
Then there are the vintage songs from the Stone Country Band, Raven, the Pine Dogs, the Jazzabels, the Thirds, Scott Carpenter & the Real McCoys and Ramblin’ Lou.
Out-of-towners on the playlist include artists with Buffalo roots such as Greg Klyma, Peter Case and Gurf Morlix.
So how do you find it? You can go to https://www.radioking.com/radio/americanarama-buffalo or download the Radio King app for your phone and look for it under Country/Alternative Country.
The station was created as a project of the Buffalo Music Hall of Fame, started with  Kickstarter funding and also received funding from the Sportsmens Americana Music Foundation.
Want to help? The station is set up to randomly play those 1,345 songs, but if you’re interested in hosting a show or recording a podcast focusing on Western New York and Americana music, contact SAMF board member Elmer Ploetz at ploetz@fredonia.edu. He can  help you set up a show, even if you have no experience or gear.
Same goes for if you would like to have your music considered for addition to the station. Get your music to Elmer to get it on the (digital) air! 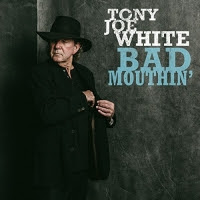 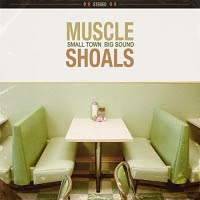 Black Lillies: Stranger to Me 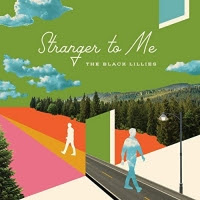 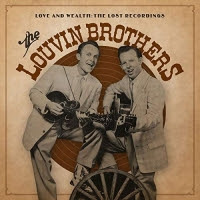 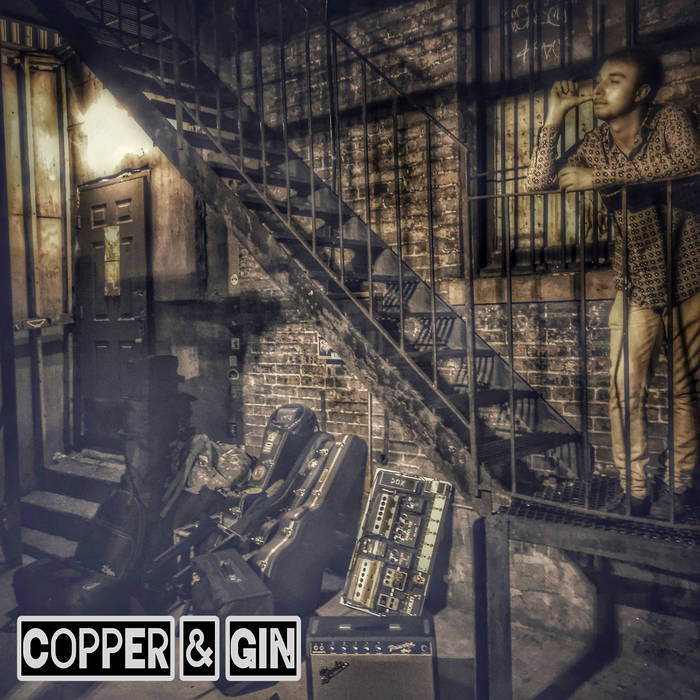