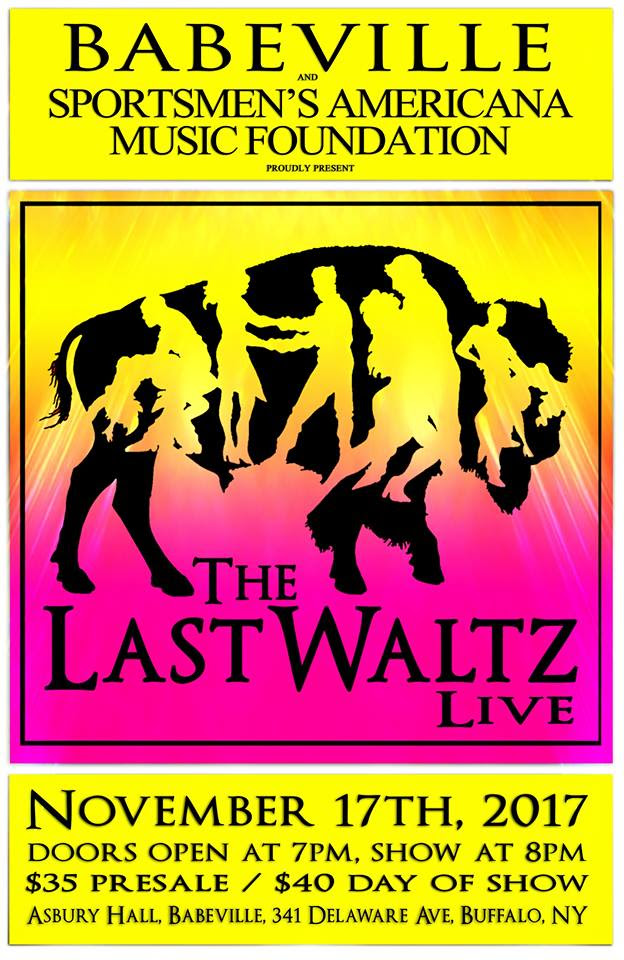 This is considered one of the greatest rock concert movies ever made. Several generations of music fans love this concert. And as much as any artists, The Band deserve to be labeled Americana. Since they started just over the border, The Band had Buffalo connections, most notably with the great Stan Szelest, who is honored every year by the SAM Foundation at SzelestFest.

Doug Yeomans is Robbie Robertson, the band leader for the concert. The rest of The Band are: Jim Whitford as Rick Danko, Pete Holquin as Levon Helm, Ron Davis-Garth Hudson and Jim Ehinger-Richard Manuel.

The rehearsals have been going amazingly well, with both the core band and all the guest stars. As this is being written there are still some tickets available but don’t wait too long to get your tickets; you do not want to miss this show! The show is general admission but there will be seating for about half the crowd.

Arts at the Bakery:

Current members can send me an email and tell me which drawings you’d like to be entered into. Deadline is Sunday, November 19th at 9 PM.

On October 16th, we held our 3rd Annual Sportsmen’s Americana Music Foundation Awards Show at the Sportsmen’s Tavern. The tavern was perfectly crowded and a great time was had by all. Our National Spokesman, Bill Kirchen, was there to help hand out the awards and become part of The Twang Gang. Nearly all of the nominees were there, and many of them joined The Twang Gang as the evening progressed. This year, the members nominated all the artists and a ballot was sent out for the members to select the winners as well. There is an incredible amount of talent in WNY, making it difficult for many voting members to pick their favorites.

The Board of Directors chose two of the award winners, as in previous years. Rosemary McLennan was selected as Member of the Year. Dwane Hall was chosen for the prestigious Bill Kirchen Pioneer of the Year award.

Congratulations to all the award winners:

In the very near future, many more photos from the Awards Show will appear on our website. Visit us at sportsmensamf.org

Check out these albums on CD, iTunes, Amazon and Spotify

WILLIE NELSON – Willie and the Boys

NHD – and the Devil Went Up to Portland

MARGO PRICE – All American Made

Buffalo Distilling Company-show your membership card and receive 10% off all drinks and food.