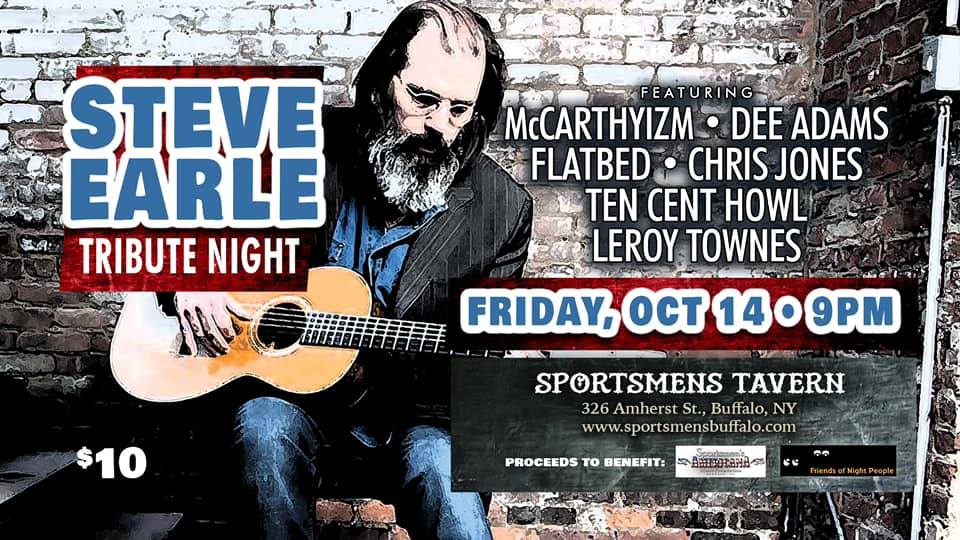 Featuring Buffalo stalwarts such as McCarthyizm, Dee Adams, Flatbed, Chris Jones, Ten Cent Howl and Leroy Townes, it will benefit both Friends of the Night People and The SAM Foundation. 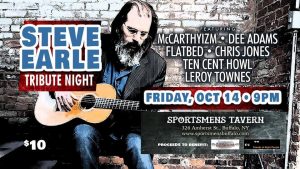 Our congrats to Tyler Westcott and the members of Folk Faces as they celebrate their 10th anniversary with a show at Nietzsche’s on Oct. 22. The show starts at 10.

The band is coming off another  Folk Faces Fest out in Darien, and lots of former members will be joining them on stage.

As you can tell from Bob McLennan’s column, The Last Waltz is coming up again. If you’re interested in advertising in the program for the event, here’s the info: 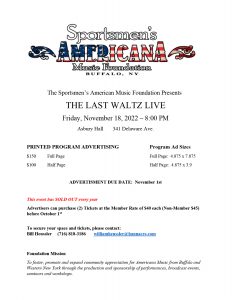