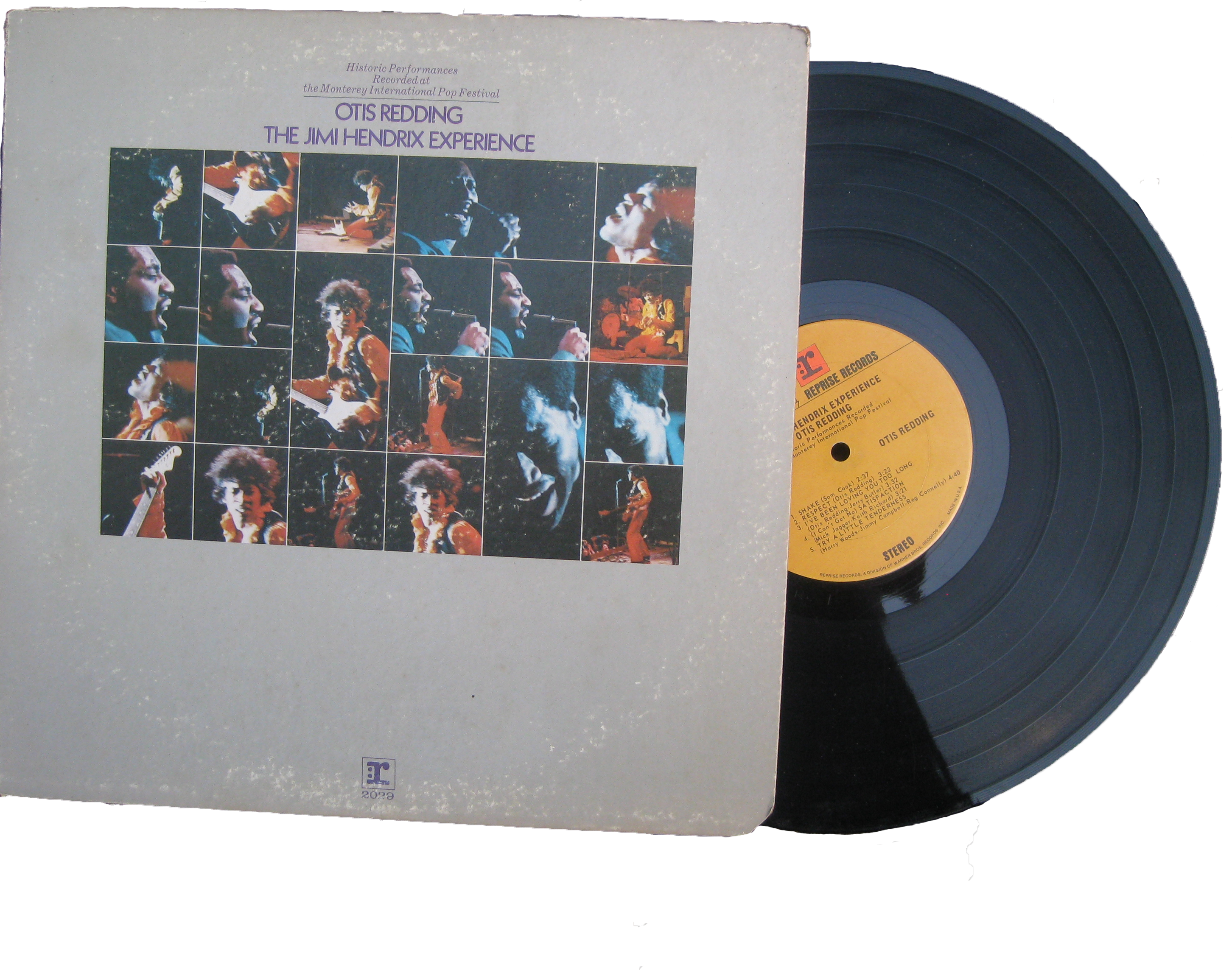 This piece on Otis Redding’s “Try a Little Tenderness” is written by James Kinsella, a writer from Massachusetts. Kinsella, a St. Bonaventure University alumnus and long-time Cape Cod-area journalist, is writing a book taking deep dives into some of the key songs of our times. We welcome the opportunity to present this excerpt on one of the great soul masterpieces.

“Try A Little Tenderness” by Otis Redding, Booker T. and the M.G.’s, and the Mar-Keys; from “Otis Redding/The Jimi Hendrix Experience,” 1970.

“It’s been a real groovy day, and a great evening, and now … let’s bring on with a big hand… Mr. Otis Redding.”

Booker T. and the M.G.’s and the Mar-Keys hit the note as one. The Mar-Keys line out a surging horn line twice before coming in hard with a popping Memphis riff, setting up…

Sam Cooke, the epitome of easy-going cool, had written and performed “Shake” in 1964 as a relaxed celebration of the kind of dancing no doubt underway in “Having A Party.”

There is nothing relaxed now, six years later, as Otis Redding and the cream of Stax Records tear into “Shake” before thousands of young white people attending the second day of the Monterey International Pop Music Festival on Saturday, June 17, 1967. 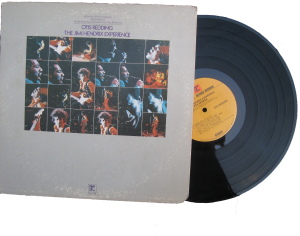 Here’s the LP … with the cutout at the lower right corners of the cover.

Otis Redding, just 25, already is a legend to black audiences, but little k
nown to whites listening to the still largely segregated rock music stations of the day.

In fact, the best $1.99 I ever spent in my life was for a record album titled, “Otis Redding/The Jimi Hendrix Experience.”

Subtitled “Historic Performances From The 1967 Monterey Pop Festival,” the album was released in 1970 by Reprise Records.

I bought the album eight years later as a “cut-out.” Cut-outs were records whose outside cardboard sleeves had been deliberately damaged as a way to move them at a discount as damaged goods. 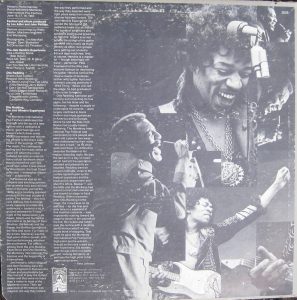 The damage would consist of a small diagonal piece of the sleeve that had been cut away: hence the term “cut-out.”

When you went into record stores, you often would find boxes of these cut-outs, and it was usually worth your while, especially if you were of limited economic means, to flip through them in search of musical buried treasure.

On this particular foray, at Gerber Music at Shoppingtown in DeWitt, I came across the Monterey Pop album.

For me, the draw was the Hendrix side, which started with a cover of “Like A Rolling Stone” and finished with the cover of “Wild Thing” where Jimi poured lighter fluid on his guitar and lit it.

The other side was some guy named Otis Redding who was wearing a suit, a jarring sartorial choice compared with Hendrix, who looked normal in a headband and flounced shirt.

I didn’t care, though. Buying cut-outs was all about playing the percentages, spending a couple of bucks on an album for even just one or two cuts  and disregarding the rest.

Upon listening, the Hendrix side was definitely worth the money, especially with his loping, masterful reworking of “Like A Rolling Stone” and the insanity of “Wild Thing,” complete with the speakers screeching for a good 30 seconds at the end as fire licked the guitar strings.

Then I figured that I might as well listen to the other side. Who knew, maybe there was something decent there. 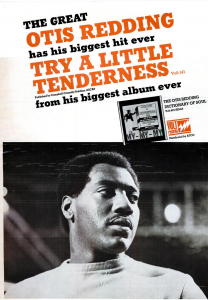 A Billboard magazine ad for Redding’s studio release of “Try a Little Tenderness.” Click on the image to go to the magazine.

After “Shake,” there came “I’ve Been Loving You Too Long,” “Respect” (which he wrote and which that summer would become the biggest record of Aretha Franklin’s career) and “(I Can’t Get No) Satisfaction.”

By the moment the Mar-Keys snap off the last stretched out note of “Satisfaction,” the crowd is going absolutely nuts.

Otis Redding doesn’t get much screen time in D.A. Pennebaker’s “Monterey Pop.” He’s basically packed in chockablock with a number of other acts, with nothing like the heft given to Hendrix, the Who, the Jefferson Airplane, the Mamas and the Papas and Ravi Shankar.

And because the film has become the key pop culture document of the festival, a viewer would have no idea of Redding’s impact.

As the liner notes to the album note, however, Otis’s performance led the crowd to rush the stage for the first and only time in the entire festival.

Which brings us to the final song of his set. 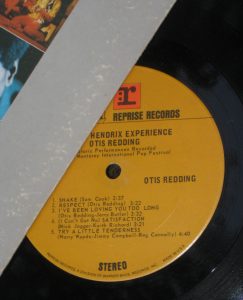 As previously noted, the crowd is going bonkers four songs in. (It stands in contrast to the somewhat polite applause given Hendrix between numbers – listen and judge for yourself.)

Otis is both laughing and gasping for breath. “Thank you so much!” he says. “Thank you!”

“And now,” he says, trying to calm the crowd, “we’re going to slow it down. And do a soulful number.”

The Mar-Keys start playing a soft, mournful opening that sounds more like 1867 than 1967 as Otis says: “Yeah, this is a song we all ought to sing to each other sometime.”

Toward the end of those lines, one of the Mar-Keys horns wanders in with a melody, one more with the feel of a smoky cocktail lounge on the wrong side of town than on an open stage in front of thousands of rock fans.

Drummer Al Jackson Jr. of the MGs begins tapping his block like a metronome.

“You know she’s waiting
Anticipating
Things that she’ll never, never possess
But while she’s there waiting
Try a little tenderness
That’s all you got to do…

Duck Dunn of the MGs enters the mix, his big, thick bass notes one by one covering the song’s bottom.

Otis walks into the bridge.

“It’s not just sentimental, no no,
She has her grief and cares, yeah yeah…”

The combined bands are coming in, instrument by instrument.

“But the soft words, they are spoke so gentle
Yeah yeah…”

“It makes it easier
Easier, to bear…”

Al Jackson picks up the beat as the keys and horns set up a syncopation. Otis raises his voice.

“You won’t regret it, no no,
Young girls, they don’t forget it
Love is their whole happiness, yeah yeah yeah…”

The Mar-Keys horns hit a note hard and hold it –

They go up and hit another note hard and hold that –

“ALL YOU GOT TO DO IS HOLD HER, SQUEEZE HER, NEVER LEAVE HER – ”

And Otis and the M.G.’s and the Mar-Keys are in full-fledged Otis/Stax raveup mode. The white kids out in the audience have never heard anything like this before, and chances are good they never will hear anything like it again.

Otis is right down on it – 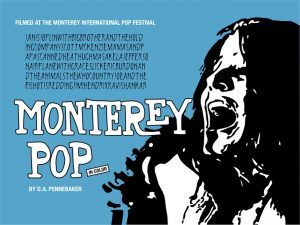 This print of the movie poster will run you $750 at the Morrison Hotel gallery. Click on the image to go to the site.

And suddenly they’re up against the midnight curfew agreed on by the festival organizers with local officials.

They pull the song to a close, the Mar-Keys horns throwing aside their disciplined unison and twisting around each other, Duck Dunn thumping his bass loud, the crowd beside themselves –

And then Otis returns.

The band instantly responds, revving up again into the uptempo, rising line of the raveup –

Thirty seconds later, they really do end the song.

In anguish, Otis cries out to the crowd, “They tell me I got to go, and I don’t want to go!”

There are two moments in recorded music that have sent chills down my spine. One is in “Rosalita,” when Bruce Springsteen’s scruffy Lothario tells his girlfriend stunning good news.

This is the other.

As I belatedly explored the world of Otis Redding, the poignancy of his last statement from the Monterey stage came home.

Less than six months after that performance, Otis and most of the Bar-Kays, his usual backing band,  died in a plane crash. “(Sittin’ On) The Dock Of The Bay,” recorded just before his death, was released almost immediately after the crash and became a massive hit, one that even a white grade-school kid up North could hear on the radio all around him, but never connected to the name “Otis Redding.”

By the mid-1970s, a popular conversational topic of young rock fans was, “What if (fill in the blank) hadn’t died?”

The most popular candidate, of course, was Hendrix. But there was also Jim Morrison, not to mention Janis Joplin.

I don’t engage in the topic much these days, though I sometimes wonder where Hendrix would have taken his music.

But I have to believe that the world would have been a better place if Otis Redding, with his warm inclusiveness, his enthusiastic embrace of life and his effortless crossing of the racial divide, hadn’t died.

More and more, as I relisten to the track, I hear his final words from the Monterey stage – “They tell me I got to go, and I don’t want to go” – as kind of a premonition of his fate.

No one who hears this track would ever want him to go. But thanks to the recording, he doesn’t have to.