Hello SAMF members and a warm welcome to new members since you last heard from us. In this newsletter there is a message from board member Bob McLennan who will ask you all for some input as well as giving you all info on winning some tickets to some concerts coming up.

Also, board member, Ken Biringer, will introduce Kenny’s Korner, which will include news on the Americana music scene, both locally and nationally.

I wrote a column last month that appeared on the Sportsmen’s Americana Music Foundation website and Facebook page. I addressed our goals with the Foundation website, membership involvement and the music scene in Western New York. The first thing we want to establish is solid communications with the members of this organization. Every month, by the end of the first week, you will receive an email from me or one of the other Board members. There may be other emails as well, but you can count on this once per month email/newsletter at the beginning of each month and we hope you’ll look forward to reading it. It will get better as we go along, with information on new music, photos, links, tours, album releases, concert reviews and all things Americana music, especially from right here in our own WNY back yard.

This is a grassroots movement of music fans that we think will land Buffalo and WNY in the same league as Nashville and Austin on the Americana music scene. We have the talent and we have the fans who really love the music. We’ve made a lot of progress this past year but we also hit some snags. Jason Hall did a great job setting up the app for your phones but it hasn’t worked out as planned at this point. Only about 10% of our membership downloaded the app, and there have been technical problems for those who did place it on their phones. We’re going to continue working on it and over the long haul we think it will end up being a valuable tool for the members.

The Board of Directors wants to be sure you know you’re appreciated by the Foundation. There wouldn’t be a Foundation without you. Therefore, we’re going to give out some prizes and we’d like you to give us some feedback. I’m going to ask you a few questions and we need you to respond to this email by 11 PM on Sunday, May 17th. All members who respond by that deadline will have his or her name entered into a drawing for a pair of free tickets to one of the following shows at The Sportsmen’s Tavern. There will be four winners and they will pick their show in order of who was drawn first.

New Riders of the Purple Sage May 25th

Asleep at the Wheel June 23rd

In the near future, you will receive your membership card from the SAMF and that will entitle you to discounts for music and merchandise and there will also be specific events for members only. We’re moving forward with several significant initiatives on music education, WNY music archival history, our annual Americana Awards show, our TV show, “Live at the Rock” and collaborations with other music venues in Buffalo and WNY.

As I stated at the outset, we need solid, reliable communication with our members. It doesn’t do you much good to be a member if you’re not hearing from us and the Foundation cannot achieve the level of success we’re looking for if we don’t have an active, grassroots membership base. So we need you to respond to this email so we are sure our message is getting through to you. Even if you don’t want to go to the above shows or you don’t want to answer any of the questions below, we need you to respond and tell us you got the message. If you don’t, you’re just going to force us to hunt you down via phone calls or the US Postal Service to make contact.

Together we can do great thing for the music scene in WNY. Thanks for your cooperation.

Over the next year, what do you hope is the greatest achievement of the SAMF?

What are the big events you’d like to see us do?

Who are the regional or national singer/songwriters or bands you would most like to see in Buffalo?

What do you anticipate will be the most rewarding aspect of SAMF membership to you personally?

Please take a few moments and respond to these questions and let us know that you have received this newsletter so we can enter you into the concert ticket drawings. You can respond by clicking this email link: 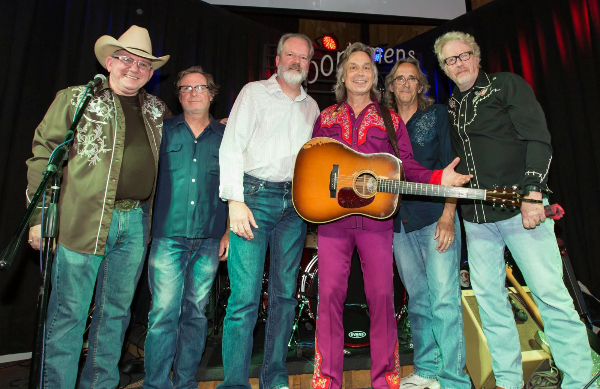 It’s time for a bit of misspelled words, run on sentences, ramblings and generally poor grammar.

I’ve been asked to contribute to the web page, sooooooo, here we go!

The Americana genre has been around for many years before it was ever penned. Were Woody Guthrie, Bob Willis, Bob Dylan, Buck Owens, founding fathers of a genre they never heard of, you bet, along with dozens of others. The bottom line is, Americana is roots based music that encompasses many influence’s.

One of the goals of the Sportsmen’s Americana Music Foundation is to promote & foster the genre. Support national & local artists that work long & hard for very little financial reward and are worthy of your support.

The following is only a partial list of national acts performing @ a venue near you in western New York:

This is only a small sampling of Americana music in western New York in the next few weeks. You get the idea, it’s out there, find it, enjoy it.

Check out some news from our inspiration, The Americana Music Assosiation

(Nashville, Tenn.) May 7, 2015 – The Americana Music Association has unveiled its first round of artists to perform during the 16th annual Americana Music Festival & Conference, presented by Nissan, September 15 – 20, 2015. The early lineup, featuring icons, innovators and up-and-comers, underscores Americana’s perennially formative place in the world’s musical landscape. With more than 100 acts still to be announced, the event promises to live up to its critical acclaim where MOJO Magazine described it as the “roots alternative to the GRAMMYs and South by Southwest.”

The $50 AmericanaFest wristband is the best buy on the festival circuit, allowing admission into all showcase venues to experience four nights plus a weekend stocked with music and community events. Wristband wearers are invited to select sanctioned cocktail parties and special events.

AmericanaFest wristbands may be purchased for only $50 (rates will increase to $60 on August 1) exclusively at mercylounge.com and are on sale now!

The Festival & Conference Registration is the premier pass to experience the “Booming Genre” (Entertainment Weekly), offering priority admission to all showcase venues and invitation only events, access to daytime educational panels and parties, and one ticket to the critically acclaimed Honors & Awards show at the Ryman Auditorium. Click here to purchase your Festival & Conference registration. Rates will top out at $500, so act now and save

The Americana Music Festival & Conference is open to the general public and music industry professionals. Festival and Conference Registrations are now available at the reduced rate of $365 for Americana Music Association members and $465 for non-members (rates will increase to $500). Registrants receive entrance to all sanctioned daytime conference music, panels and parties, plus priority access to all evening showcase performances and one ticket to the critically acclaimed 16th annual Americana Honors & Awards on Wednesday, September 16 at the Ryman Auditorium.