The annual fundraiser for the Sportsmen’s Americana Music Foundation will be on Sunday, March 31, kicking off at 4 p.m.

Admission to the event celebrating the music, life and legacy of Stan Szelest is $10. The event will feature Doug Yeomans and a host of Western New York’s best playing music associated with the Buffalo legend. 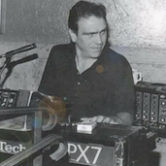 Given that Stan died in 1991, there may be some people out there who aren’t familiar with his legacy, so here are a few quick notes:

So there you have it. Don’t miss this chance to celebrate Stan’s memory. 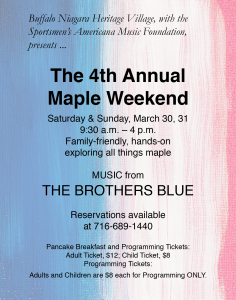 ALSO coming up, the Sportsmen’s AMF is co-sponsoring the fourth annual Maple Weekend at Buffalo Niagara Heritage Village (3755 Tonawanda Creek Road, Amherst) on March 30 and 31. The event runs 9:30 a.m.-4 p.m. and the Brothers Blue will be playing 11 a.m.-2 p.m. each day. For more information, go to http://bnhv.org.

NOTE: if you’re an SAMF member, you can get in to the Village (35 acres, lots of exhibits) for $5 during the Maple Weekend (that doesn’t include the pancake breakfast).

Also coming up, and soon, is our latest Emerging Artist Spotlight show on Monday, March 18, at the Sportsmen’s Tavern. Our featured artists this time out will be: Dave Thurman, Brendan Shea, Acoustria and the Dan White Band. For more info on the artists, check out the info on the Emerging Artists post. The show is free for SAMF members and $3 for non-members.

New membership plans: If you’re not an active member, consider renewing your membership or joining. We now have memberships available for 2 years ($60) and 3 years ($75) as well as our 1-year individual memberships ($35). Stop by the store (outside upstairs at Sportsmen’s) to join. 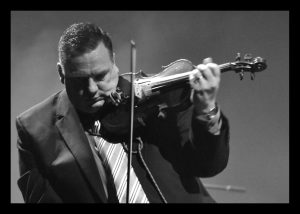 Finally, welcome to our Board of Directors two new members: Mike Miskuly and Tony Formato.

You may know Mike from his violin playing with David Kane’s Them Jazzbeards, the Orkestar Sokoli (an ethnic Serbian band) or with Celtic bands. He also owns two insurance agencies.
Tony is the owner of Buffalo’s Best grill, which has been a corporate sponsor for six years. BB has hosted two music festivals at Kissing Bridge in support of the SAMF as well as providing some of the great food at our summer festivals