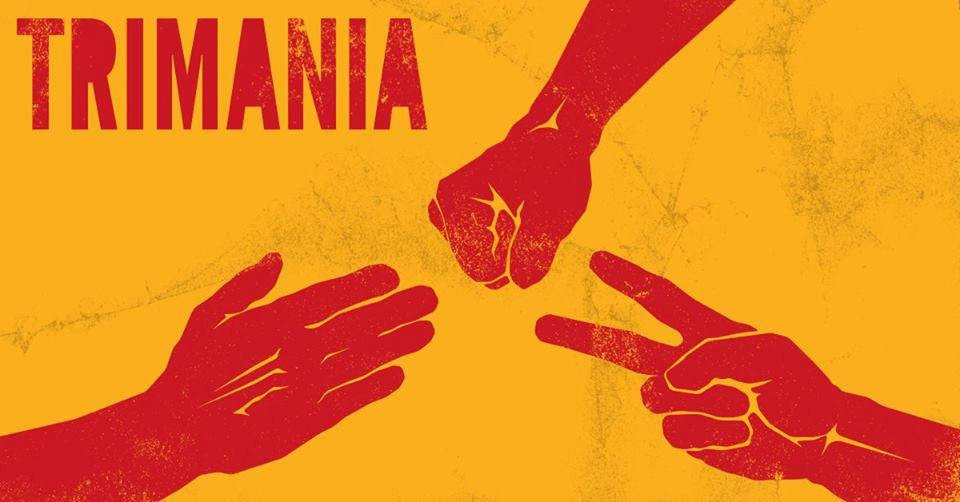 Letter from our Founding Chairman of the Board, Dwane Hall Hello Members of the SAM Foundation,

Five years ago, we started an historic journey to embrace Americana music and bring it to the attention of our area here in WNY. We have succeeded above and beyond. It’s with great pleasure for me to step aside as chairmen to make room for the next generation of younger, exciting and motivated persons to follow the general outline of what’s been started. I am also excited about Jay Hall taking over as a second-generation Chairman to help keep this train on the tracks. I would like to thank the founding board members, and everyone who is on the board at this moment, for their time. Tony, Peter, Bernie, Kenny, Dicky, Angela, Bob and Don. I have made friends that will last a lifetime. I will be hanging round as an adviser if needed and will keep a strong presence to help out with membership and events. This is beyond anything I could ever dream up. Please continue to support our foundation. We really are making a difference.

Thanks for all your support. We’re really on the path to fulfilling our mission because of you! Our JAM is jammed packed once again with accomplishments, projects, goals and a whole lot of interesting reads. Please see below to see a couple pictures from our annual Szelestfest, info about our next Emerging Artist Showcase, our famous ticket giveaways, our updated Education programs, and we hope to see you all at Trimania – SAMF will have our very own room with our very own music. READ BELOW

And once again, I urge you to keep your membership up to date and encourage your friends and family to join so that we may continue grow and do the good things we’re doing.

On behalf of the board of SAMF, we thank all for reaching out & participating in the Emerging Artist Showcase, “Keeping The Flame Lit”

We don’t have to remind any musician how difficult it is to build a fan base and get gigs, It becomes more difficult when your genre might not be the flavor of the month. The Sportsmen’s Americana Music Foundation wants to help by offering showcase opportunities to those supporting the Americana genre / format. Periodically, we will be offering a showcase to help build a fan base, perform on a professional stage with lighting and full sound production and in some cases develop stage presence.

All times are approximate.

Each musician will be paid $25. The cover is $3 and free for SAMF members

We encourage everyone to promote the showcase as they would any performance & encourage their fan base to attend and maybe become a member of our foundation.

Any questions can be directed to me, Ken.

As always, we have a lot going on in the coming months. On April 3rd, Foundation Night at the Sportsmen’s Tavern, we’ll be starting the new schedule of the SAM Foundation store, with what we’re calling a grand opening. Members Crystal Smith and Kim McCarthy have agreed to be the co-managers of the store. For now, the store will be open, for sure, every Tuesday night and Friday night from 6-10 PM. We’ll have SAM Foundation merch, and music and merch from the Tavern and all the bands who frequent Foundation events and the Tavern. We’ll also be adding more products in the future. Come by and visit the store on Tuesday April 3rd, the first Tuesday of the month when all members get in for free for The Twang Gang. And, we’ll be raffling off several pairs of free tickets to a variety of shows at Babeville, Buffalo Ironworks, 189 Public House and, of course, the world’s greatest Americana music venue-The Sportsmen’s Tavern.

We’ll have a presence at Boom Days on April 7th, details still being worked out. April 9th is our Emerging Artists Night at the Sportsmen’s Tavern, free to members, with four exciting new performers/bands going onstage; Davey O, Middlemen, Rockabilly Steve & the BR3 Blue Roadhouse Trio and Copper & Gin. On April 14th, we’ll be at TriMania for a big night with thousands of other music and arts fans. Our room on the third floor will feature Shaky Stage, Ten Cent Howl, The Steam Donkeys and David Miller and Other Sinners; see elsewhere in this issue. May 5th, we’re joining Flying Bison Brewery and The Buffalo Distilling Company for a Kentucky Derby party, featuring Creekbend, The Legendary Longjohns and The Brothers Blue.

On Sunday, July 1st, we’ll be back at Silo City for our second annual Silo City Alive! Much more info to come; we’re meeting with Beave Sorenson and Jeff Schaller of Leroy Townes, and others in future sessions to work on all the details. It will be once again a music and arts event, inside and outside of the silos.

Remember, as mentioned above there will be giveaways at the Foundation store on April 3rd. Stop by and maybe you’ll win tickets to Mountain Goats with Dead Rider at Babeville on April 20, or Carbon Leaf at Buffalo Ironworks on April 26, or Ray Bonneville at 189 Public House on April 26, or Mary Gauthier on April 23 and the THE BAND band on April 29, both at the Sportsmen’s Tavern.

Our free ticket opportunities for The JAM this month are:

Current members can email me by Sunday March 25th at 9 PM and tell me which shows you’d like to be entered into to win tickets.

PS. Watch the Sportsmen’s Americana Music Foundation Facebook page for more information on these and other events.

The Program headed by Doug Yeomans will be hitting the fifth week – the halfway mark – on Monday March 5th. The kids whose numbers range between 9 and 10 and ages 7 to 10, seem to be enjoying it and the goal is for them to perform a short recital at the end of the 10 weeks. I will be in attendance at the next session and should be able to get a sense of how the program is progressing.

Headed by Mark Panfil, the Americana music appreciation program is heading into its fourth week. In addition to teaching songs, Mark is introducing guitar lessons into the program and as with the ukulele workshop, is planning on doing a recital for friends, family and staff at the end of the ten weeks. We’ve had ten students, ages from eight to eleven, participating in the program.

Rock and Roll Workshop at the International Preparatory School

Also starting on Tuesday March 13th, this semester’s workshop will be headed by Helen Butler (Katie is unavailable due to her rehearsal schedule for “Once”, opening in May at Musicfaire). It is expected that Helen’s program will be designed similar to that of Katie’s, and Mark has agreed to help out especially at the start of the program. Helen is also planning on having several other guest performers join her throughout the workshop. And as has been the tradition, the workshop will culminate with a recital.

As previously reported, Helen Butler and Mark Panfil teamed up to introduce participants in I-Prep’s first ever Community school Open house to musical instruments (via musical instrument “petting zoo”), provide basic tutorials on guitar, violin and keyboard and jammed along with all those willing to join in.

The open house was designed to gauge community interest in the various programs that were being offered through the program. With about a dozen vendors and workshops, ranging from technology, crafts and of course music, and attendance in the 300 range, the community school concept was well received.

Kicking off formally on the 10th, I-Prep will open its doors for seven Saturday mornings, two in March, April and May then one in June. Going forward Helen and Mark will provide musical instrument training along with guidance on how to play as a cohesive group, i.e., a band (similar to the Rock ‘N Roll Workshop). As previously reported, all compensation for Helen and Mark will be reimbursed by Bestself Behavioral Health, Building Brighter futures After school Programs (someone must have been paid by the letter for that name…)

Rita Tenika, Director of the center, and I have spoken a couple of times about her interest in having us do a music program at her center. I plan on meeting with Rita next week and in fact Rita may attend next Wednesday’s session of Mark Panfil’s program at the South Buffalo Charter School. I’ll keep you posted on new developments.

“Great first day at I-Prep’s community school initiative. Can you spot the very cool special guest sittin’ in with the kids?

For winter/spring semester of 2018, The Sportsmen’s AMF will have a record five multi-session music workshops up and running, partnering with four and possibly a fifth school or community center. Total number of young Western New Yorker’s involved will be 60 or more, utilizing the talents of five or more musicians/educators.

Thanks to everybody who came out to support the SAM Foundation at SzelestFest on March 11th. You were all rewarded with a great show from our SzelestFest Band, led by Doug Yeomans. What an all-star band, Ron Davis and Jimmy Ehinger on keyboards, Pete Holguin on drums, Steve Sadoff on bass and Matt Harris on sax. Thanks to Dave Oestreicher for handling the 50/50 split club. Jim Moscato won $260 and donated a generous portion back to the Foundation. Join the Sportsmen’s Americana Music Foundation at Trimania 2018! We’ll have a room on the 3rd floor with four great bands, Foundation information, and more.

The event also provides an opportunity to discover the vast Tri-Main Center. Guests can explore over 520,000 square feet of artist studios, creative businesses, and interesting architecture all while they take in the crowds, performers, and installations throughout the building. One part art exhibit, two parts music fest, and three parts party, Trimania is one of the premier special events in Western New York and a highlight of Buffalo’s cultural and economic renaissance. You won’t want to miss it!