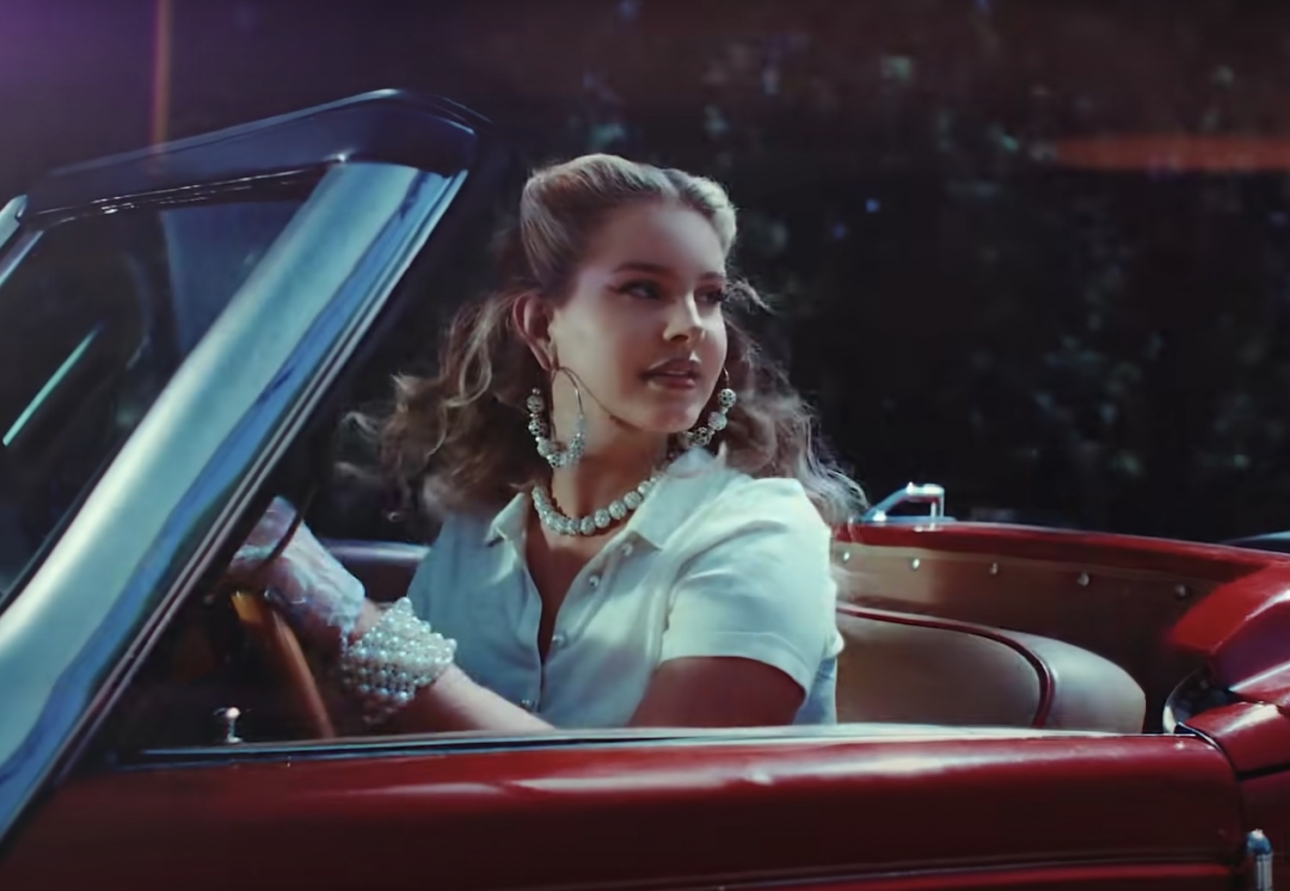 Lana Del Rey and Americana: Is there crossover?

Lana Del Rey has been one of the more interesting figures in pop culture for a decade now, mining aspects of America’s cultural history and throwing it back out there in a modern context. Now, the editor’s view is that Americana is in the eye (and ear) of the beholder, so we asked intern Jess Meditz to dig into that connection between Del Rey and Americana, between musical Americana and material Americana. Of course, she nails it.

The homemade music video features flashes of different clips — from American flags dancing in the wind, to scenes from old Hollywood, to vintage cars and Las Vegas casinos.

It’s an aesthetic that is loved by so many, yet misunderstood by more. 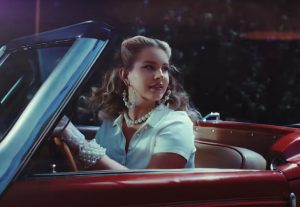 Lana Del Rey in the “Chemtrails Over the Country Club” video.

Despite being the punching bag of music critics for years, there is one thing that next to no one argued: Lana Del Rey has a bit of an obsession with ‘50s-‘60s Americana.

When I say this, I am not necessarily talking about her sound — rather, her imagery, visuals, lyrics and overall aesthetic.

“I went back and listened to ‘Ride’ and ‘Video Games’ and thought, ‘You know, they’re kind of country. I mean, they’re definitely not pop. Maybe the way ‘Video Games’ got remastered, they’re pop — but there’s something Americana about it for sure,” the singer-songwriter said recently regarding her past work.

She’s correct in saying so. I mean, if you take a look at her “Ride” music video, you see that it’s all about being young, wild, crazy, fearless and on the road with no destination, featuring imagery of cheap motels, corner stores, gas stations, smoking cigarettes and hanging out with men twice her age. And of course, lots of American flags.

Although more indie or dream pop by genre, her lyrics tell a story in the same way that Americana songs straight from the heart do.

Del Rey’s videos tend to be over the top and cinematic with lots of visuals, almost feeling like a short film.

Even her “National Anthem” music video has these elements. It’s a relatively poppy song with a fun beat and lots of experimentation with strings (many of her early songs combine these).

For most of the video, Del Rey is portrayed as who appears to be Jackie Kennedy Onassis, alongside her co-star, rapper A$AP Rocky as JFK.

However, it starts off with a dramatization of the Marilyn Monroe “Happy Birthday, Mr. President” performance, in which Del Rey is the star.

She played off the role astonishingly well, almost as if she studied Monroe’s mannerisms.

It makes sense, to say the least. She basically went through a Norma Jeane to Marilyn Monroe transformation.

This was what rubbed many people the wrong way. And while I can kind of see why, I wholeheartedly disagree with their reasoning. 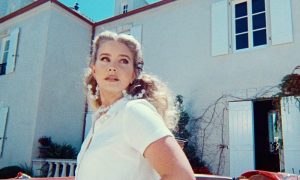 I would say that she was always Lana Del Rey, rather than she “became” Lana Del Rey; it was simply a means of expression for her.

No one accused Elvis Presley or David Bowie of being frauds or industry plants for their onstage personas (and remember, David Bowie’s birth name was David Jones); they are both major influences of Del Rey’s — as well as Bob Dylan, Nancy Sinatra, Amy Winehouse, Billie Holiday and Lou Reed, just to name a few.

While the lyrical and visual allusions to Americana are present throughout her career, it took a while for her to incorporate a concrete, organic folk-Americana sound to her music.

Luckily, Americana enthusiasts can now delve into her latest work.

Del Rey embraced her powerful range and delivered a jazz style vocal performance, with hints of gospel, blues and roots all throughout the song. 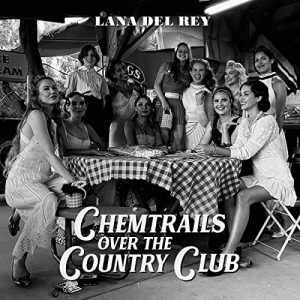 Her newest musical project, “Chemtrails Over The Country Club,” includes four tracks that I believe could fall into the Americana realm.

Directly citing J. R. R. Tolkien, “Not All Who Wander Are Lost” has an undeniable indie folk, acoustic sound, and it includes Del Rey’s motifs of drinking, being on the road and hanging around men she probably shouldn’t be. It’s an incredibly intimate and emotional song.

“Breaking Up Slowly” features country singer Nikki Lane, who brings a modern twist to the traditional Southern twang. Lyrical references to “feeling blue” and not wanting a “life of regret like Tammy Wynette” help bring this somber country ballad to life.

Although it has lyrics that scream Americana, “Dance Till We Die” is all the rage among fans right now because of its spectacular bridge.

The rest of the song is fairly low energy, but the intense blues and rock and roll-influenced bridge takes the song to a whole new caliber.

Lana Del Rey with Zella Day and Weyes Blood
in a 2019 performance.

Finally, Del Rey, along with singers Zella Day and Weyes Blood, takes on a cover of Joni Mitchell’s “For Free.”

The good news is that fans can expect more music that falls into this genre from Lana.

She revealed to fans that she has an album of country cover songs that’s already recorded. Additionally, she told MOJO that she has another collection of folk songs waiting to be released.

So to answer the question: yes, there is tons of crossover between Lana Del Rey and Americana.

Whether you’re looking at it from her “Born To Die” days or her “Chemtrails Over The Country Club,” there’s definitely influence there.

All good artists grow and evolve. Just because she was once considered the queen of Tumblr doesn’t make Lana Del Rey any less of an artist or a songstress.

And it certainly doesn’t make her a phony.

Perhaps the folk/Americana genre is just Lana’s next stop on her metaphorical road with no set destination.