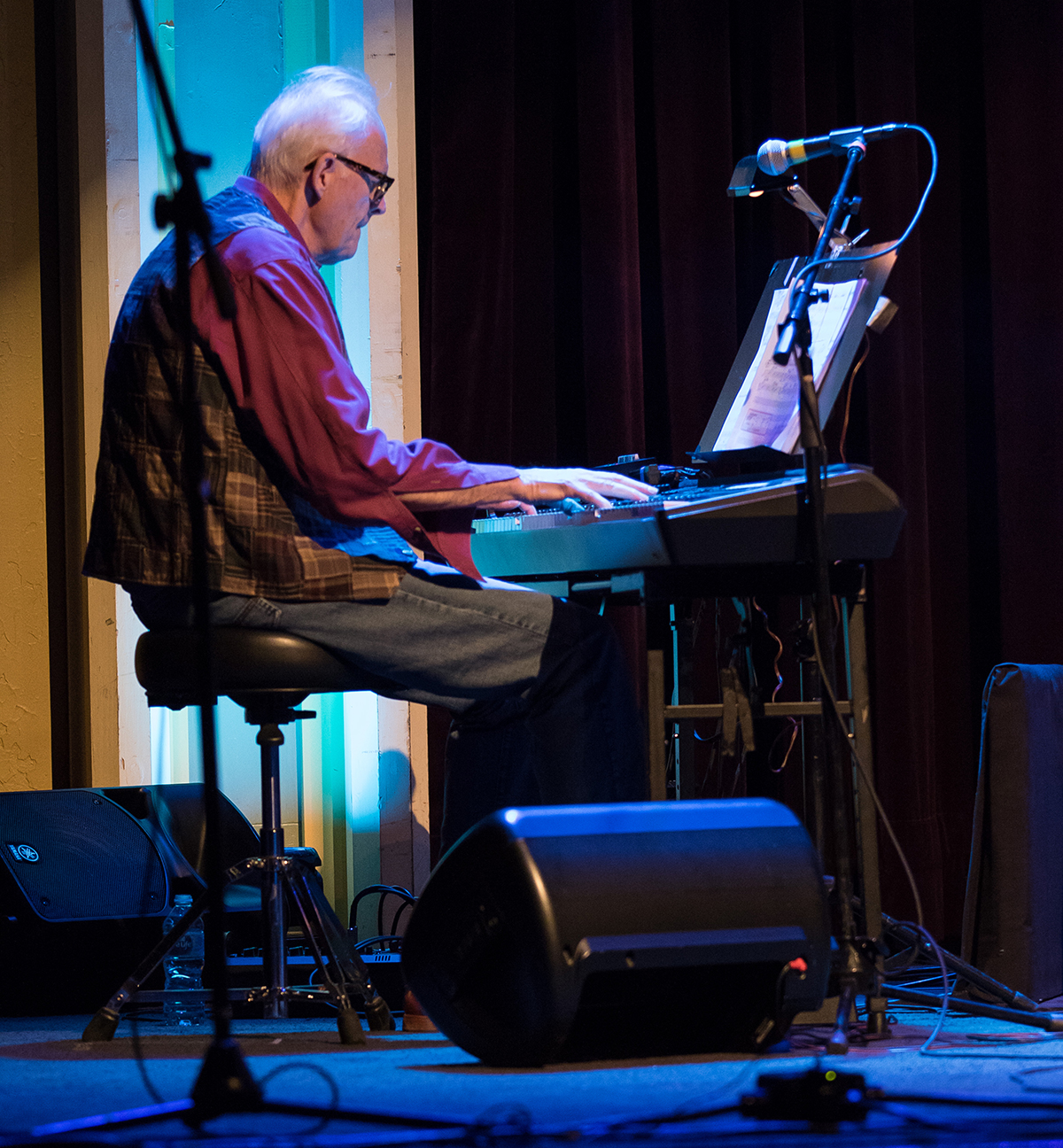 This story originally ran in the program for Buffalo’s Last Waltz on Dec. 4

For Jim Beishline, the links between The Band and Buffalo are pretty clear — and they run through Stan Szelest.

Beishline is Richard Manuel in Buffalo’s version of The Band for The Last Waltz, playing the role of the man who replaced Szelest in the Hawks, Ronnie Hawkin’s backing band that went on to become The Band.

For Beishline, Szelest is a towering influence and not just for him, but for a whole generation of musicians in Buffalo. 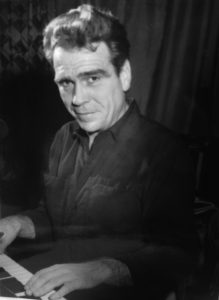 Like Szelest, Beishline is a piano player. He recalls going to see Szelest in the late ‘60s. He can’t remember where he first saw Szelest — maybe the Hideaway — but he remembers the effect Szelest had on him.

“It was a totally different experience,” Beishline said. “There was a magnetism that he had, and there was a force and a drive he had. It was much different than seeing anyone else play. He was just playing in this bar and it was like it was the last time he was ever going to play or he might not see tomorrow. It was incredibly focused and intense.”

For anyone who might not be familiar with Szelest’s legacy, the Buffalo-area native played with Ronnie Hawkins, one of the early legends of rock ‘m’ roll. He was there when when Robbie Robertson, Levon Helm and Rick Danko were still youngsters in the Hawks, a piano-pounding force of nature who Hawkins called “probably the greatest pure rock ’n’ roll player alive,” according to Barney Hoskyns in “Across the Great Divide: The Band and America.”

He returned to Buffalo and started Stan & the Ravens, which served as a training ground for an army of rock ‘n’ rollers over the next 30 years. One group of Ravens split off to form the band Raven, which recorded the first major label record from a Buffalo band and became legendary in its own right.

Szelest would return to play with the post-Last Waltz version of The Band and was a session player and touring keyboard hired gun (Neil Young, Jackson Brown, Maria Muldaur) for decades before he died in 1991 at age 48. He was recording in Woodstock with The Band when he died.

Beishline, meanwhile, has gone on to be one of the Buffalo area’s most respected and versatile jazz and R&B musicians.

Once he saw Szelest, he started going to more shows and came to know Szelest. The older player would invite Beishline to his house in Lackawanna to play and listen to music. While Szelest had a reputation for Jerry Lee Lewis-style rock ‘n’ roll and boogie boogie, Beishline said there was a lot more to his music.

“He loved George Shearing, Oscar Peterson, Floyd Cramer,” Beishline said. “I would go to his house and sit on the couch,  and he would play through half the Scott Joplin songbook. He had such an incredibly wide selection of pianists that he just loved.” 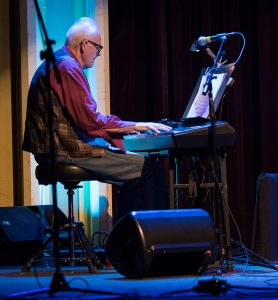 Jim Beishline during the 2021 Last Waltz (photo by Paul Panzarella)

Beishline said Szelest had that something extra that lifted him above other piano players.

“You don’t get on an airplane and travel across the country and have someone pick you up in a limousine and take you to a beautiful hotel for a recording session the next day …They don’t do that because ‘Oh, he’s cool. Or he can really play rock ‘n’ roll.’

“No, his sight reading was amazing. You put the chart in front of him and he’ll tear it apart. The people that are working with him can just see the intensity and the drive.”

Beishline said there were numerous stories about Szelest being in the studio when other piano players would come into the engineer’s booth as he was playing:

“The piano player would walk into the room and he’s listening to him. He goes, ‘Oh, my God, who is that?’ Some guy from Buffalo. And his jaw would drop Stan felt like it was always on the line. And no matter who it was, he was going out to annihilate. And he did, he truly did.”

Szelest was legendary for his intensity. There are stories of him on occasion firing an ashtray at a band member who had just screwed up. The intensity could be particularly high when the Ravens included Ernie Corrallo on guitar, Sandy Konikoff on drums and Tommy Calandra on bass.

“I’ve toured and played a lot of places, and I’ve never heard anything driven like that,” he said. “And I’m not talking about banging, I’m talking about just just an incredible pocket with precision playing. And right to the soul. It’s amazing. You see something like that, it hits you so hard that you embrace it and you absorb it.”

Beishline said that he wasn’t the only one learning from Szelest. As Calandra said in Szelest’s obituary in The Buffalo News, “”He taught a lot of people how to play really well.”

Szelest’s death hit Beishline hard. He was asked to play “Amazing Grace” on piano at the funeral while Levon Helm of The Band played harmonica next to him,

“Stan’s wife, Carolyn, insisted that I play “Last Date,” a song written by Floyd Cramer, one of Stan’s favorite songs. The priest wouldn’t allow it, but she told the priest ‘he plays the song or we go to another church.’ I played it.

“That was probably one of  my most terrifying experiences.  I felt like I wasn’t even playing. I was so upset, and scared.”

But Szelest’s influence still lives on more than 30 years later. In Buffalo’s Last Waltz, the audience will get to hear it again through the music of The Band.