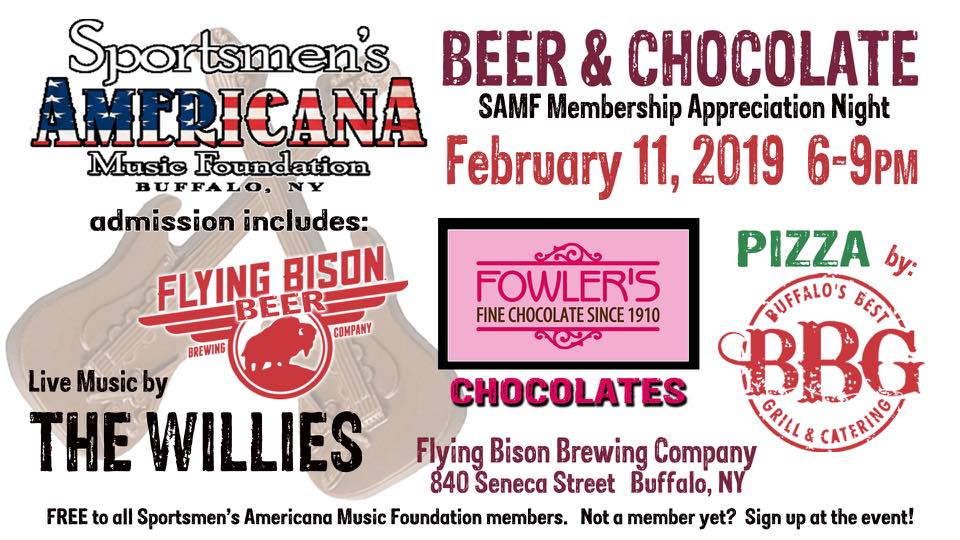 Thanks to our members and sponsors for their support to make it possible for the SAM Foundation to grow and expand in 2018. We’ve now completed four years of existence and each year we add more activities and educational efforts to build on fulfilling our mission statement.

2018 saw an expansion of our Board of Directors, and included our founder Dwane Hall stepping down as chairman and Jason Hall joining the Board as his replacement. We’ve gotten to the point where we’re presenting some kind of musical event about once per month, as well as maintaining and progressing with our music education programs. Elsewhere this month, see the article from Patrick Gormley, our vice-president and education director. 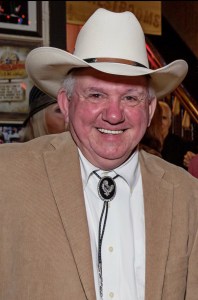 Our website at sportsmensamf.org received a drastic upgrade through the efforts of our secretary Bernadette Walsh, and our website coordinator, Paul Ceppaglia. And it is about to become even more important and comprehensive as a tool for our membership.

The JAM will continue to come out as an email once per month, and we’ll continue to print some hard copies for the store and tavern, but the email version will be more directly linked to the website. Elmer Ploetz joined the Board this year and is serving as our editor, making great improvements to the Journal of Americana Music.

In addition to our website, our Facebook page has information for the membership that is updated several times per week.

In April, we moved our SAM Foundation store from upstairs in the tavern into the building across the balcony. The store is open Tuesdays and Fridays from 6 to 10 p.m. and we’ve added a lot more merch than just t-shirts and sweatshirts. We have hats, shot glasses, pint glasses, coozies and CDs from many of local musicians, with more items coming.

Through The JAM, and occasionally via Facebook, the SAM Foundation has given away pairs of tickets to members to at least 100 different shows around WNY at many different venues, starting with the Sportsmen’s Tavern.

Thanks to all the venues you see in every JAM for their collaboration with us. Thanks to our partners who offer discounts to our membership. And especially, we want to thank the Hall family for turning over the Tavern to us for Foundation Night on the first Tuesday of every month. 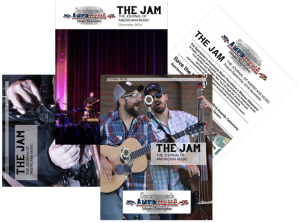 In our ongoing effort to be an organization for all of WNY, we started collaborating with the Buffalo Niagara Heritage Village (Amherst Museum) this past year and we have more planned for 2019. We became a sponsor of 1968: Jazz Impressions. That included concerts all over town, from several City of Buffalo locations to West Falls, Lockport and back to Flying Bison Brewery. We’ve continued offering our jazz scholarship to a talented city high school student and we’re planning to develop our own scholarship. 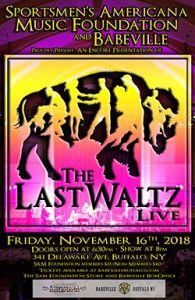 And then there is all the music we’ve presented. The Foundation has paid for, or sponsored, nearly 50 different bands or solo performers, some of them doing encores with the Foundation. Throughout 2018, a partial list of events includes Beer and Chocolate, SzelestFest, TriMania, Derby Day Jam, Silo City, Booze and Brews, our annual Fest at RiverFest park, a stage at Borderland, the Jazz shows, our Awards show, The Last Waltz and every few months our Emerging Artists night at the Sportsmen’s Tavern.

The Board meets monthly and we’re always trying to come up with new ideas for our membership. Let us know your thoughts on events you’d like to see.

In 2018, many new Board members joined up to help direct the Foundation. We couldn’t get anything done without the dedication and hard work of all of us to keep things moving. In addition to the Board members I already refered to, thanks to Jeff Griffin, John Venezia, Tim Franczyk and Collette Schoellkopf.

To all the Board members who have left over the past year or so, we deeply appreciate all you’ve done to help get this Foundation off the ground and running as one of the premier music organizations in Buffalo and WNY.

This month, the SAM Foundation and our partners are offering seven shows at six different venues, led by the Sportsmen’s Tavern.  Email Bob McLennan to enter into the drawings.  The deadline is Sunday, Jan. 20 at 9 p.m.  Good luck!

The Tralf
Jan. 26
Donna the Buffalo

West Falls Center for the Arts
Feb. 2
The Manzanita Band

And who is/are the Manzanita Band, you might ask. Well … Every musical genre has it’s heroes. In Bluegrass, the icon of the guitar is Tony Rice. In 1978 he released his “Manzanita” album, which has become one of Bluegrass’s stand out recordings.

Now two of WNY’s finest Bluegrass Bands will join forces to recreate the entire “Manzanita” album at the WFCA. Doug Yeomans, Jim Whitford (2018 SAMF Bill Kirchen Pioneer Award honoree, as you can read elsewhere in this month’s JAM) and John Martz from the Mountain Run Bluegrass Band and Mark Panfil, Chris Panfil and Phil Bananzak from Creekbend will combined their mighty forces.

They will also include cuts from another iconic Bluegrass recording,
“Old And In The Way,” which included the Grateful Dead’s Jerry Garcia on banjo.

Remember, email Bob McLennan to enter into the drawings.  The deadline is Sunday, Jan. 20 at 9 p.m.

Sponsor of the Month McCarthyizm

From the time the members of the band first experienced music at the Sportsmens Tavern, both as fans and as performers, we knew there was something special about this hidden gem of a venue and the loving vibe that the Hall family brought to it. So when we heard about the Foundation and the great work it was doing, providing lessons and even instruments to underserved members of our community, we didn’t hesitate to sign on as sponsors. 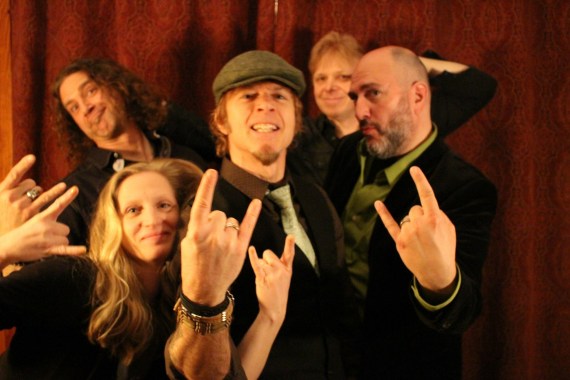 McCarthyizm has been involved with SAMF by performing at Foundation events too (including the SAMF Festival), and also by organizing a separate event, the annual Steve Earle Tribute Night, whose proceeds are split between the Foundation and Friends of Night People.

For those unfamiliar with McCarthyizm, we’ve been described as a Celtic rock band, but we also blend elements of country and folk into our sound, along with the rock & roll and Celtic influences, so there is a distinct common thread and a shared heartbeat with Americana music. This unique blend is on full display at our monthly residency, playing at the Sportsmen’s Tavern on the first Thursdays of each month. So come on out and say hi!

For upcoming McCarthyizm shows and dates, see the list below. And please check us out on Facebook and go to our website (www.mccarthyizm.com) for both gig updates and also news regarding our new CD, which we are currently recording at Sessions Studio.

‘Thank you for supporting local music and the Sportsmens Americana Music Foundation! And keep up the great work SAMF!

We’ve got some cool stuff coming up. Here’s a bit of info …

Members get in free and are gifted with beer, chocolate and great music.  There will be pizza from Buffalo’s Best Grill to munch on and chocolates available to purchase for your sweethearts.

We encourage you to bring others who love Americana Music. It’s a great place to sign up and have some fun!

If you are interested in volunteering at the event, please send an email to Bernie at bernadettekwalsh@gmail.com.  Thanks for being members and supporting SAMF!

Szelestfest 5 will be on March 31 at the Sportsmen’s Tavern.

After a very successful veterans benefit concert last Oct. 25, featuring the Twang Gang, Kensingtons, Informers and the Buffalo Blues Benefit Band, raised over $7,000 for WNY veterans charities, the event is coming back.

Save the date of Friday, April 5, and watch for details of this next partnership between Buffalo Blues Benefit for Veterans and the Sportsmen’s American Music Foundation.