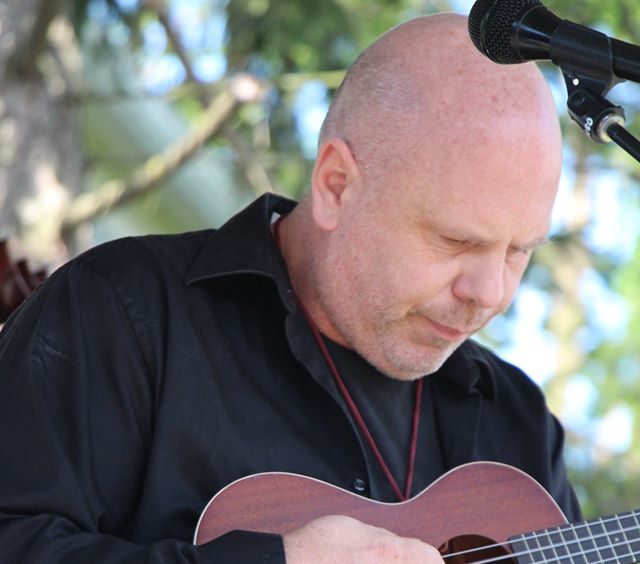 From the SAM Foundation, condolences to the all the friends and family of Josh Gage of The Observers.

It’s a very sad day to lose one of our great musicians and performers.

The Observers played the SAMF Fest last September. We had tried to book them several times before but we’re glad we finally got Josh for our annual Fest at Sportsmen’s Park.

You’ll be missed Josh, you brought happiness and joy to a lot of people.

Joshua was born to Rick and Judi Gage in Cobleskill NY in 1975.  He was joined by sister Sara in 1976.  The family resided in Stamford NY throughout his growing years where his love of music began.  Josh participated in athletics and music programs at Stamford Central School and joined his first beloved band “Outrage” with his dear high school friends. He graduated Stamford High School in 1993 and attended SUNY Fredonia thereafter where he made wonderful friends including his former wife and mother of his son, Julie Dayton Plyter.  His greatest passion, his son Jonas Adam Gage was born in September of 1996.

He relished being Jonas’s father and watching him grow into the amazing man that he is today.  He found great joy in sharing his love of music with Jonas through endless jam sessions, music writing and performing together on stage.  Josh consistently imparted on Jonas that life should be looked at through every lens possible.  Joshie told us that Jonas’s recent wedding day was the best day of his life.

Josh continued to pursue his musical endeavors in Buffalo where he grew to become an excellent singer, songwriter, musician, and a pillar of the music community there.  He was a positive influence to artists trying to find their way and he founded and took part in many treasured bands over the years himself including: Cheese Log, SDJ, Three Man Hill, The Moves, The Catskill Mountain Boys, The Genuflektors and The Observers, and probably many others we are forgetting.

Josh’s gift of music touched artists and audiences throughout Buffalo and beyond.  His generosity and love was most perfectly communicated through his music, whether composing, promoting, encouraging or performing. Music was his passion and so we will gather together on March 1st from 2-5pm at Nietzsche’s, his beloved music venue, to “Rock On” and celebrate a life well lived.  The family is also planning for a memorial event to honor Josh in his hometown of Stamford NY to take place on May 9th.

Josh has many friends and family that he cherished.  He is survived by his devoted son Jonas Gage and his wife Angel, his loving parents Richard and Judith Gage, his pain in the ass little (big) sister Sara Gage  and her wife Erica and their kids Josie & Louis, to whom he was the ultimate Funcle.  He has a plethora of Aunts, Uncles, Cousins and devoted friends we wish we could name here but we know you felt his love when you were around him.   He was truly loved and adored and his big big heart touched so many lives.

If you wish to honor Josh, please feel free to make a donation to the memorial fund set up in his name at the Sportsmen’s Americana Music Foundation.