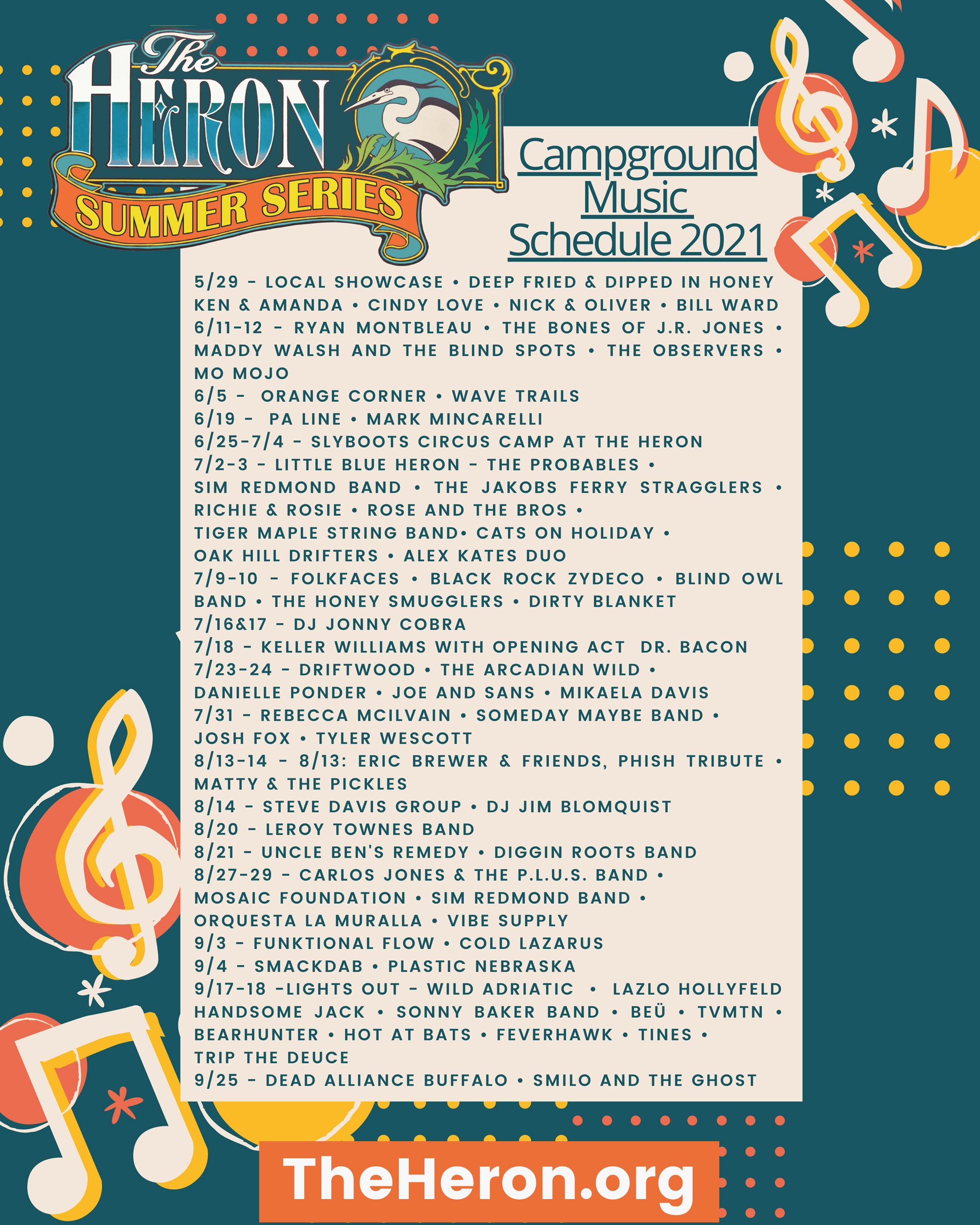 The annual three-day Great Blue Heron Festival has transformed into the Little Blue Heron Summer Series for the 2021 season. 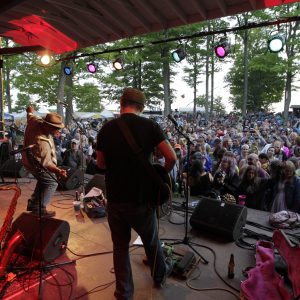 Rather than having a single weekend extravaganza as usual, The Heron has decided to switch things up to host live music nearly every weekend of the summer.

The original Blue Heron Festival was first held in 1992 and was originally a one-day event (in fact, Buffalo’s Steam Donkeys were the first band to hit the stage that day).

Since then, however, the festival has continued as a three-day event from Friday to Sunday featuring music ranging from regional acts to national acts well known all over.

The festival itself would draw thousands of people to Sherman, N.Y., a small town in the countryside where Amish buggies share the road with motor vehicles.

Todd Wagner, a current employee on the planning committee and the volunteer coordination team, said, “We had a lot of vendors that would come here. It’s such a beautiful piece of property. It’s roughly about 450 acres, [we have] camping, we have ponds for people to swim in or the sandy beach.” 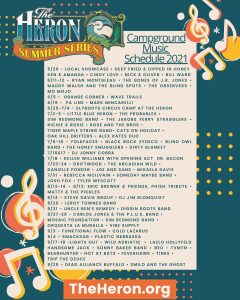 Wagner explained, “So what we have basically done is take this large festival with thousands and thousands of people at it and spread it out for the entire summer so we have a certain number of 500 people over the 19 weekends, it ends up being more people than we end up having for one big festival, which is really really nice.”

The Heron also offers dinners made from products on the farm every Saturday night from the Taste of Heron.

Wagner said, “We make everything here from the farm with the cows and the pigs and all the chickens and everything like that so that … nothing is catered out; everything is in-house.”
Having an authentic homegrown meal straight from the land serves to be an amazing experience for campers.

But for those concerned with potential dietary restrictions, theheron.org said, “There’s always a vegetarian and a meat entree with the menu changing weekly.”

During COVID-19 last year, The Heron luckily had its campground license and could offer sites to people from far and wide.

Wagner said the campers last year “just loved it so much … not having so many people here to really enjoy the land itself. We have the woods, the ponds, the streams, the food, the hills and seeing the moons and the stars here is absolutely spectacular.” 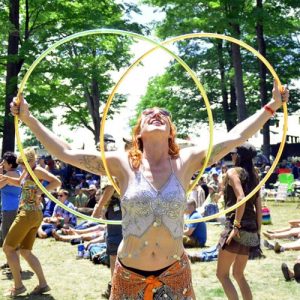 This season’s Summer Series started at the end of May, and so far the reaction has been positive from event-goers.

Wagner said, “We’ve not really had any backlash at all, and what we’re doing here a lot of people have liked it because they’re able to come to the property a lot more than they think they possibly could.”

He continued, “That’s one thing that’s been eye opening — it’s not just a piece of property that they got to come to once a year — they actually could have came all the time for their enjoyment.”

If customers would rather come for a night where there isn’t live music, they could stay on a Tuesday or Wednesday night.

As for the music lovers out there, there were a few specific acts Wagner emphasized that will be happening this July. 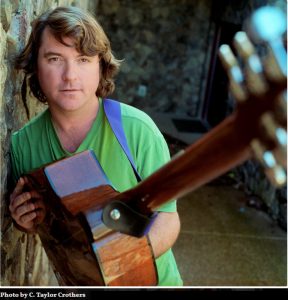 “Sunday, July 18, we are having Keller Williams here, which is pretty big in the music industry and has been around for a long time.”

The Little Heron will also host Danielle Ponder, an artist from the Rochester area, on Friday, July 23.

This same weekend on Saturday, July 24, Mikaela Davis will perform. She is also from Rochester and is a national touring act.

The Arcadian Wild, a four-piece string band from Arkansas described as “incredible with folk-Americana style … incredible harmonies … classically trained,” will also play that weekend.
Driftwood, a regular Heron band, will also be performing during the July 23 to 25 weekend.
Wagner said they have a “similar folk-Americana style … violin, stand-up bass, two guitars … they all sing in harmony with drums.”

Another unique service The Heron offers is the ability for customers to volunteer instead of paying for their experience monetarily.

“If you don’t have the money or you just don’t want to pay for the ticket and you really want to help out on the land, you can come here and volunteer. For eight hours of work on the farm, you get a ticket for your camping for two nights,” said Wagner.

Volunteers can work in virtually any area of the farm, ranging from doing dishes to cashing out customers to stage crew for the bands to cutting wood.

“You name it, we have a job for you. So, you can definitely go to the website for that which is https://theheron.galaxydigital.com. After they are done registering there, they can click on ‘opportunities’ … and they can see all the opportunities or shifts available,” said Wagner.

The Heron’s biggest rule for newcomers and all event goers is to make sure that the property is being taken care of.

It is important for campers to bring back what they take out to their campsites, especially because the property is such an important part of the experience at The Heron.

The campground also offers Airbnb’s that range from cafes to campers for those that don’t own their own campers and don’t feel like roughing it.

The prices range from sixty-some dollars a night on up.

Day passes are also available. They range from $20 to $45 a ticket, depending on the artist performing.

As of right now, The Heron has not officially decided if it will continue to host the Summer Series instead of the Great Blue Heron Festival.

However, Wagner said, “Both ways are incredible, and the land and the people and the culture of the land and the way that the ground feels here … it’s a very healing and spiritual feeling.”