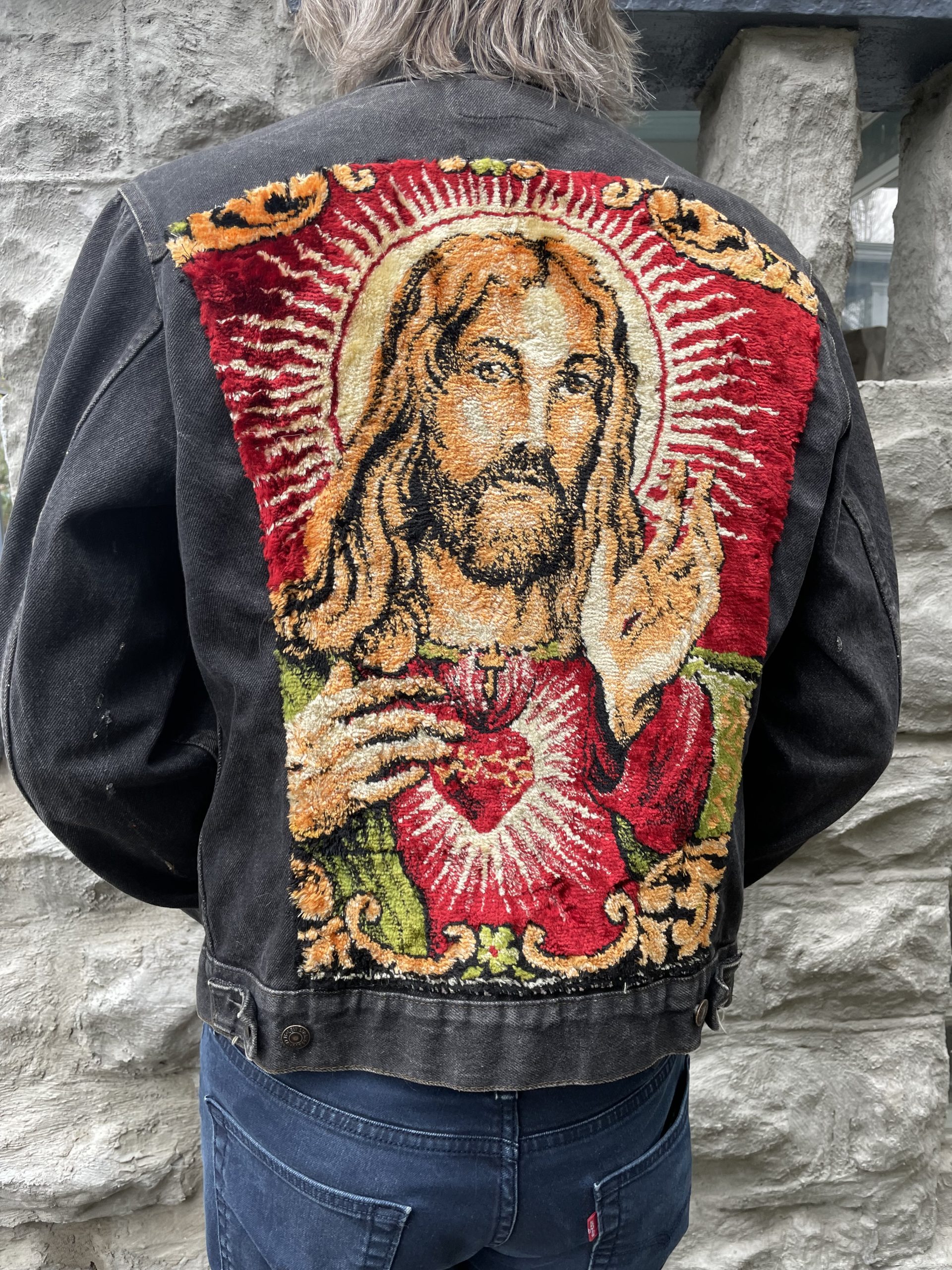 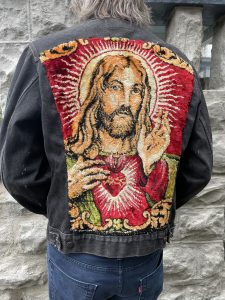 When Gram Parsons decided to outfit the Flying Burrito Brothers in stage clothes designed by Nudie Cohn, he was following what had become a country music tradition. Cohn, a Ukrainian immigrant from Kiev, would eventually design clothes for Spade Cooley, Lefty Frizzell, Roy Rogers & Dale Evans, and Hank Williams among many others.

But he got his start designing eye-popping G-strings for burlesque performers in New York City!

Unless you’re a trustafarian like GP and can afford to spring for those kind of threads, you’ll need to rely on some good ol’ punk rock DIY spunk to get the outrageous look you want.

Thirty years ago, my wife appropriated a section of hanging rug depicting the sacred bleeding heart of Jesus. I think we’d found the rug at a flea market. By sewing one section to the back of a black denim jacket scooped from a thrift store, she made it into one of the coolest pieces of clothing I’ve ever owned. It’s so cool my daughter has borrowed it.

Whether you’re on stage performing, or simply ordering a drink in the most hostile, roughneck biker bar you can imagine — where it feels like a brawl is about to erupt for absolutely no reason at all — people just stop. They can’t help staring at the jacket in wonder. And asking where you got it. 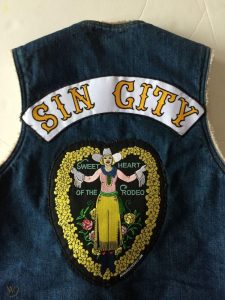 Another fashion option for GP fans is the “Sin City” patch. These were made famous by the “Sin City Boys,” who became known for requesting the song every night of a six-night stand in Houston in 1973. Once applied to the back of a denim jacket, you immediately adopt a badass biker look while in fact secretly displaying the colors of an elite gang of GP aficionados. You can find the patches online for $25.