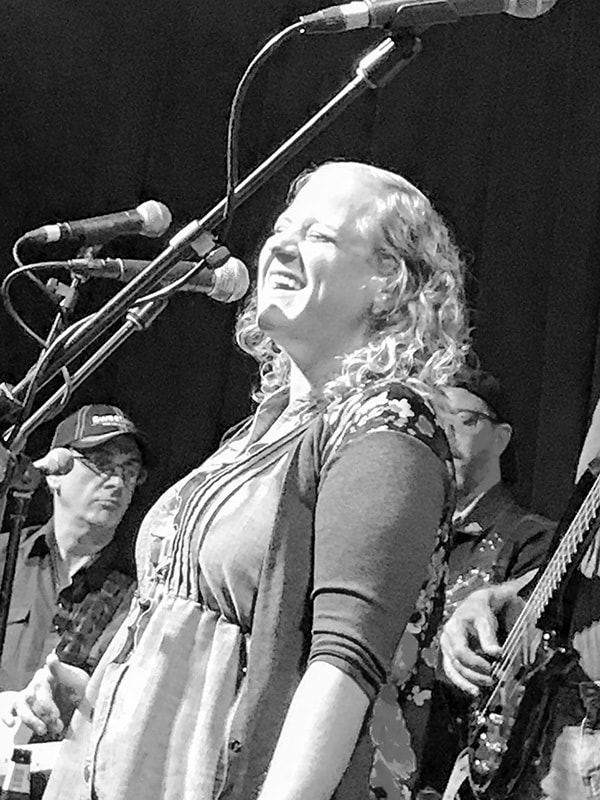 Katie (Panfil) Clark is an active performer in the Western New York area, playing fiddle and singing in groups such as The Rear View Ramblers, The Panfil Family Band, The CPX, Erie Lackawanna Railroad, and Stone Row. Katie recently performed in Music Fare’s Artie-winning production of Ring of Fire at Shea’s 710 Theater and will be returning to the stage in “Once” in the spring of 2018. Following in her father’s footsteps, Katie is a certified educator, teaching general music and strings in the West Seneca School District. Katie also has started a Bluegrass Youth Ensemble in her district and heads up a beginners fiddle club at her school. At the Sportsmen’s Americana Music Awards in October 2017 which recognized and celebrated some of the best talent from the region, Katie walked away with the “Female vocalist of the Year” award! Over the past three years, Katie has partnered with SAMF, heading up workshops on Americana music appreciation at the Valley Community Center at 93 Leddy St. in Buffalo. Educational, interactive and fun, Katie’s workshops have been a big hit with the kids. 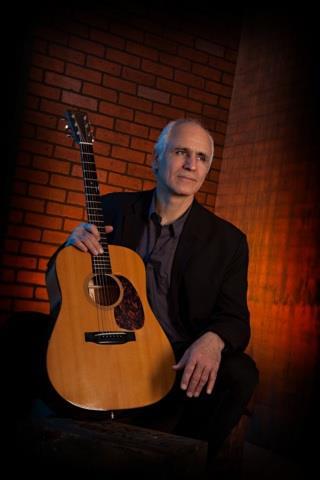 Doug has been in the music making business for more than forty years. A master of all gen- res of music, Rock ‘n Roll, Blues, Country and Bluegrass, Doug’s guitar playing, songwriting and vocals have earned him numerous accolades and awards including best country guitarist, best bluegrass and blues guitarist, winner of the North American Rock Guitar Competition and induction into the Buffalo Music Hall of fame. In addition to playing in several bands such as Low Blue Flame, Mountain Run and the Twang Gang, Doug is considered one of the finest guitar teachers in Western NY. On behalf of the Sportsmen’s Americana Music Foundation Doug has been working with students who attend the summer and after school programs sponsored by the Boys and Girls club of Holland NY. Doug has been introducing the kid to both traditional and current Americana tunes and the instruments used to play them. Doug has even had the kids build their own “diddley bows”, a string instrument made with a cigar box and broom handle that’s tuned and very playable! 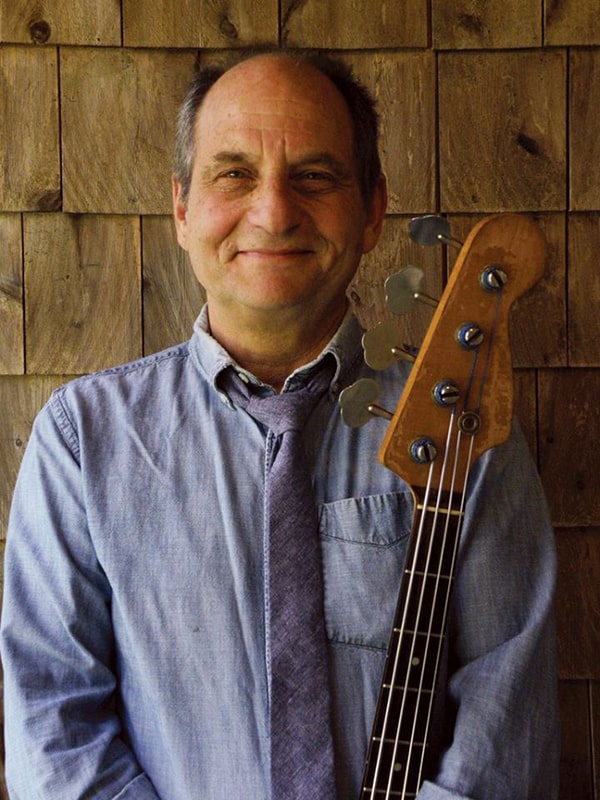 A graduate of the prestigious Berklee School of music and 2015 inductee into the Buffalo Music Hall of fame and son of professional musician, Jim was drawn into music during the folk craze in the late ‘50’s and early ‘60’s. From those early days, enamored with the folk scene, Jim veered off into rock with a band, “Krax” and then followed that stint up with a band called,” Snow Angel” doing jazz- pop fusion. In the mid 80’s Jim’s interests veered off into yet another direction; tight, three part harmonies in the group, “The Thirds” along with Joe Head and the late, great Charlie O’Neill . An extremely diverse and exceptional talent, Jim is not only one of the best acoustic blues artists in the region he’s also a highly regarded bass player as well. A sought after instructor, Jim has been the mentor for the amateur adult guitar group, “The Unplugged Club” since it’s founder, Charlie O’Neill passed away a number of years ago. Through the support of SAMF Jim offers instruction in acoustic blues in the classic style of Robert Johnson, Blind Lemon Jefferson, Charles Patton, Lightnin’ Hopkins and has conducted workshops on beginner and intermediate guitar as well. 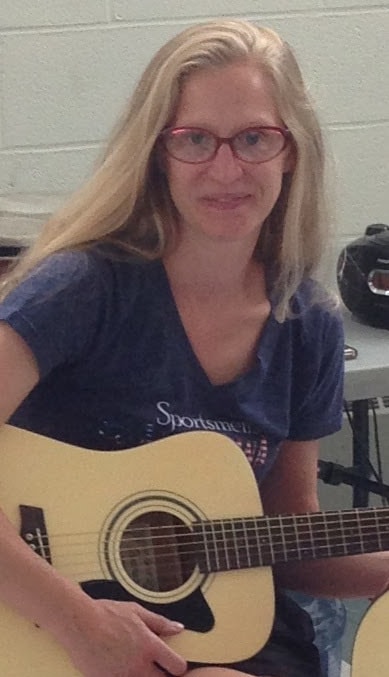 With a Masters in music education from Suny Fredonia and NYS Teaching Certificate, Helen is known for her versatility as both a teacher and artist. Helen’s range is diverse and performs many styles of music from classic to rock. Al- though Helen’s main instruments are violin and five-string electric fiddle, she is also a talented violist and cellist. Helen has taught in public schools, private studios and held the position as Director of Orchestras at The Buffalo Academy for Visual and Performing Arts for ten years. On behalf of SAMF, Helen has headed up work- shops that have focused on Americana music appreciation as well as guitar and fiddle instruction. 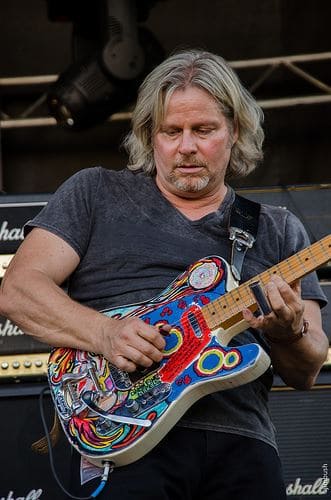 Bobby had his first musical experience at the age of five while watching his family’s country band (Dad, Uncles and grandma on piano!) re- hearse in the 1960’s. Beginning his musical career in the ‘70’s, Bobby played in several Bands as many as six nights a week and signed his first record deal at the age of 27 with his power trio, Lebel.

The 80’s saw Bobby performing with Buffalo musical legends, “The Road” before moving to Los Angeles where he landed a publishing deal resulting from his compositions. Bobby re- turned to Buffalo in the 90’s and formed a rockabilly trio, “The Headers”. The Headers toured the east coast and recorded several CD’s, tunes written by Bobby. Setting his sights on a hybrid rock and roll and big band, jazzy fusion, the Bobby Lebel Orchestra was formed. “Brand new Gretsch Guitar”, a song written by Bobby and performed by the band, garnered an endorsement from the Gretsch Guitar Company.

A rare two time inductee into the Buffalo Music Hall of Fame, Bobby continues to perform regularly and is considered one of the top teachers in the region.

The Foundation is truly honored to have Bobby working with us on our educational programs and to date has headed up workshops on beginner and intermediate guitar for adults. 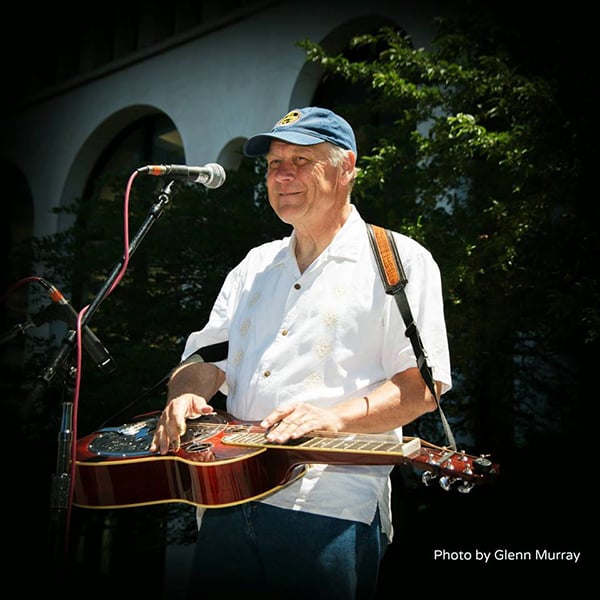 Mark was introduced to music by his father at an early age. That young Mark was encouraged to learn a wide variety of instruments is certainly obvious to this day as there apparently is no instrument that Mark hasn’t mastered. Mark’s breadth and depth of musical knowledge and passion is not only manifested in his performances with many the bands of which he’s a member ( Mountain Run, Panfil Brothers and the legendary Creek Bend to name a few) but more importantly in his lifelong dedication to teaching. In addition to heading up the music department in the Frontier school system, Mark is the founder of and instructor at The Buffalo Bluegrass Youth Ensemble as well as Director and Instructor at both the Grey Fox Bluegrass Academy and Wind Gap Bluegrass Academy. Additionally, Mark gives private lessons on guitar, banjo, dobro and harmonica. Mark along with his brother and fellow musician Chris Panfil – The Panfil Brothers, were inducted into the Buffalo Music Hall of Fame in 2016.

A gifted and passionate artist and educator, Mark’s contributions in assisting his wonderfully talented daughter, Katie Clark with her workshops on Americana Music, have been invaluable. 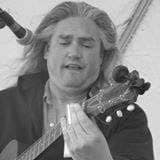 Acclaimed singer songwriter and recording artist, Alan participated in the formation of the Americana music movement in Los Angeles and Nashville during the 90’s. Alan’s songs have been recorded by major label artists and featured in film and television. Alan has toured as a solo artist and a support musician in the U.S. and Eu- rope. Alan’s current band, “The Healing Committee”, other members of which are Tim Pitcher and Catherine Koch, may be heard playing at any number of the great music venues around WNY. With a degree in Childhood education Alan has experience as a classroom teacher and has created and headed numerous musical workshops for students, ages ranging from nine to 18.

Alan, aka, “ADub”, and Tim Pitcher have been conducting their unique “Rock ‘n Roll” workshop as part of the after school enrichment program at PS#198, the International Preparatory School. 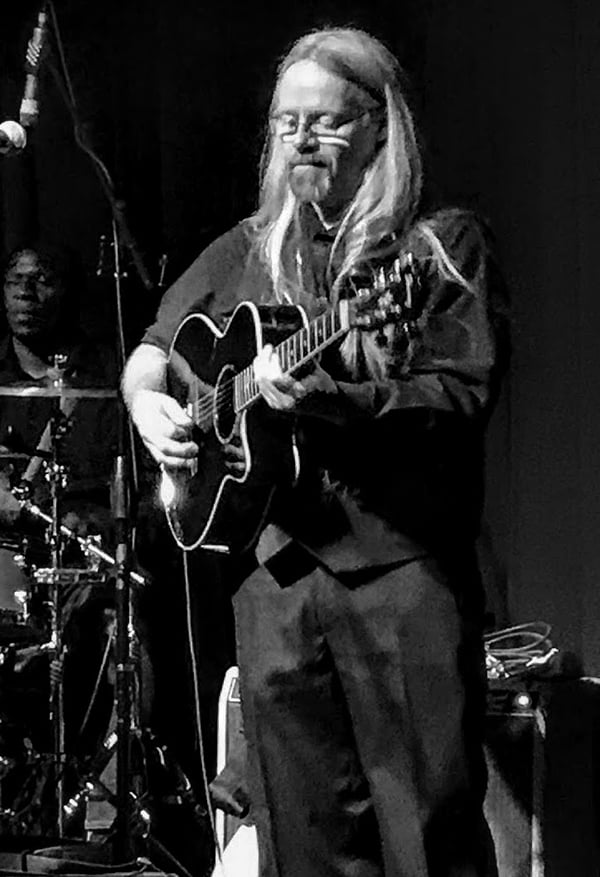 A master live musician and multi-instrumentalist; guitar, mandolin, keyboard, drums, Tim has performed with many legendary artists and is currently a member of two of WNY’s bands, The Healing Committee, with Alan Whitney and Catherine Koch and Ten Cent Howl. Ten Cent Howl was crowned “Band of the Year” at the recent Sportsmen’s Americana Music Awards.

In addition to being a sought after performer, Tim is a talented and committed, educator. Inspired by the movie, “School of Rock”, Tim started a music workshop entitled, “ Rock’n Roll workshop” and has conducted the program at several of the schools in the area. Through the program, the students are not only provided instruction on how to play instruments; guitar, bass, keyboard, drums but learn to play in sync as a band.