On Friday night, Nov. 16, Asbury Hall at Babeville was once again magically turned into Winterland Ballroom in San Francisco, 1976.

In late 2016, Doug Yeomans/Robbie Robertson and I first sat down to discuss the possibility of doing a reenactment of the legendary concert and movie.   We spent a lot of time on research and auditions with the greater Buffalo music community and premiered our show on Nov. 17, 2017.  It was an incredible experience to be able to work with such talented performers who were able to pull off the idea of doing much more than a collection of songs; this was a theatrical performance.

When we started planning for the encore, we were very pleased to learn early this year that the entire cast would be back; everybody wanted to do it again.  This year the show was sold out right around Labor Day, and it was every bit as good as our original production.

Babeville is the perfect location for the show, the crowd was again very enthusiastic and this cast of Buffalo and WNY artists and musicians put on an extraordinary and electrifying performance that I would put up against anybody else, anywhere, anytime.

I could go on and on about each individual performance but I’ll just say that the show, in this second year, has solidified itself as a big piece of Buffalo’s musical history.  If you were lucky enough to get a ticket, you know that the cast listed below put on a show that you’ll always remember.

The SAM Foundation and all the performers are very proud of the show and we’re looking forward to continuing this Thanksgiving tradition.  In 2019, it will be a two-night stand, Nov. 22 and 23.

In the near future, many photos will be placed on Facebook,  the SAM Foundation website and the print edition of the JAM. Check out the talent in the credits listed below!

The Holiday Season with the SAM Foundation

The Board of the SAMF has been discussing various ideas to host a Christmas/Holiday party, and we’ve accepted the gracious invitation of the Kensingtons to join them in co-hosting their party on Friday, Dec. 21, at the Sportsmen’s Tavern, starting at 5:30 p.m.

Come out and join us for some great Sportsmen’s food and drink to celebrate the season.

The SAMF store will be open every Tuesday and Friday through Christmas and beyond.  We have a lot of items on sale, with additional discounts for showing your active membership card.  So get your Christmas shopping out of the way and then party with us.

Previously, they’ve been on a Monday, but this time it’s Wednesday night Dec. 19, starting at 6:30 at the Sportsmen’s Tavern.  It’s free for members, only $3 for non-members.

The performers will be playing in the following order:

Bear and The Bison:

After playing in southern California as a solo artist and releasing two albums (“Down the Mountain,” “Home of The Wheel”), North Carolina native and singer/songwriter Mark Whitfield Lennon teamed up with Buffalo native and  songwriter/bassist Courtney Lennon (a descendant of songwriter Stephen Foster) in Los Angeles in 201

All of the Horizontal Stripes have been – and are – very active in the WNY music scene with a long list of collaborators and projects, including the Outlyers, the Vores, the Jumpers, the Good, Wolf Tickets, Baci e Ceci, HearSay and more. 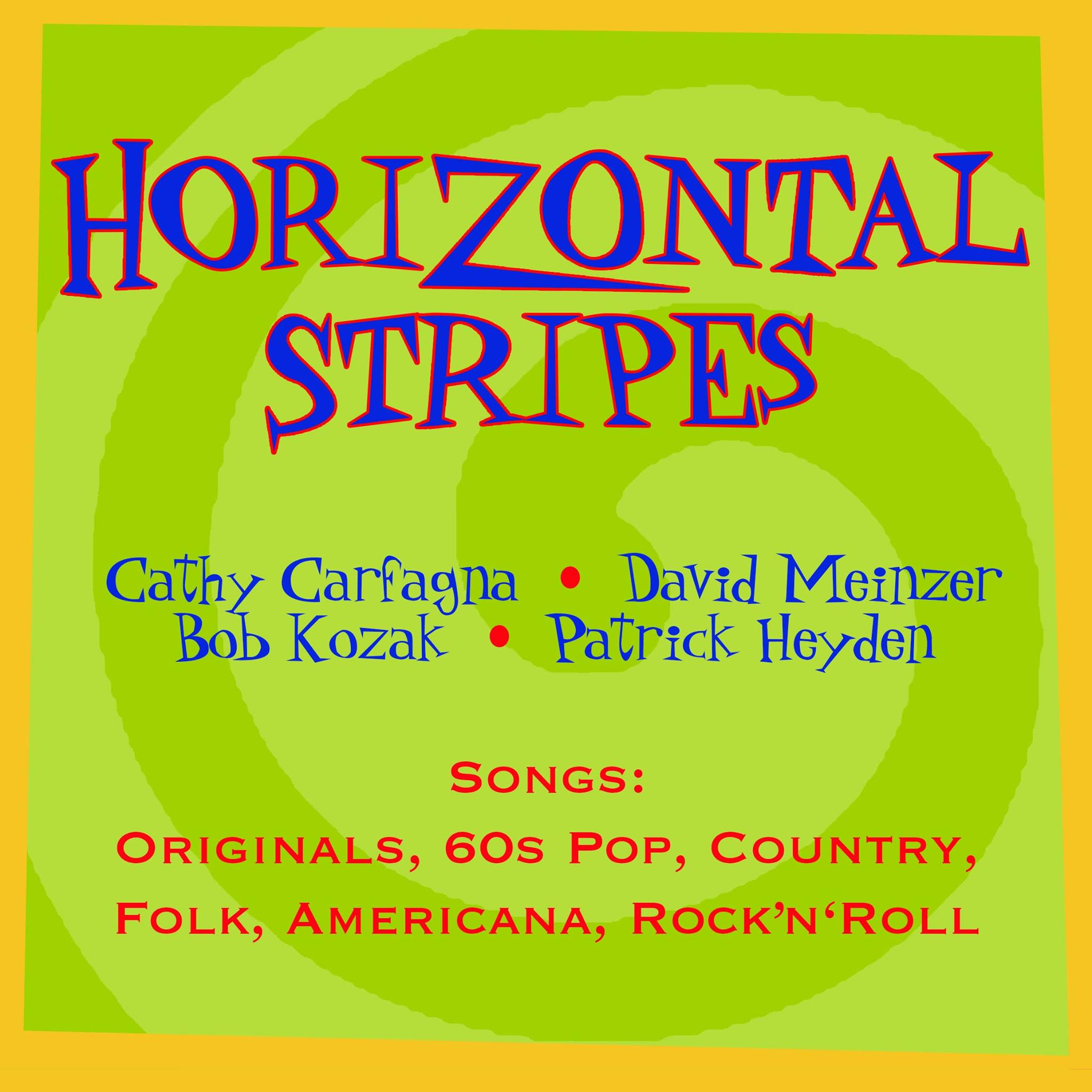 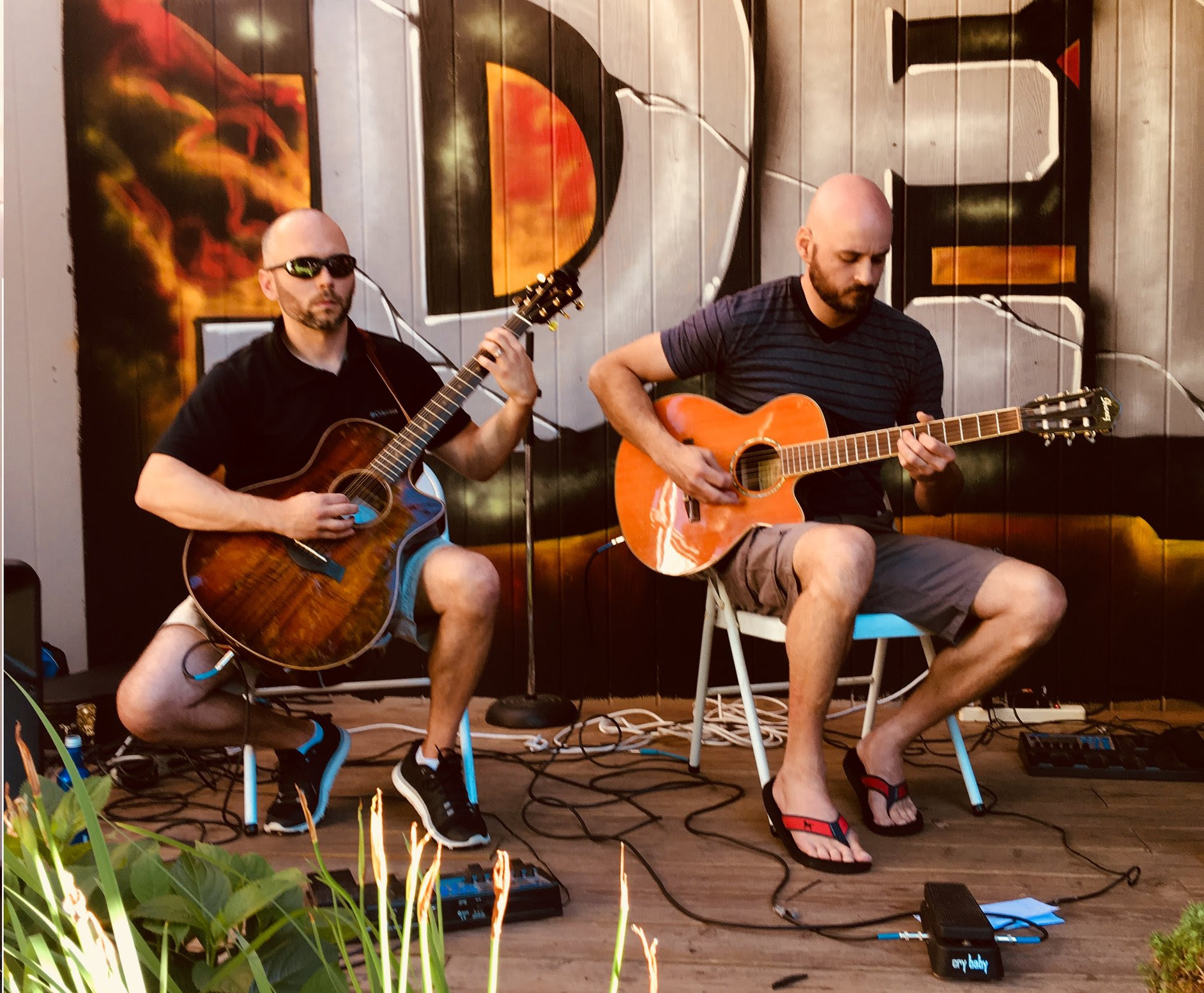 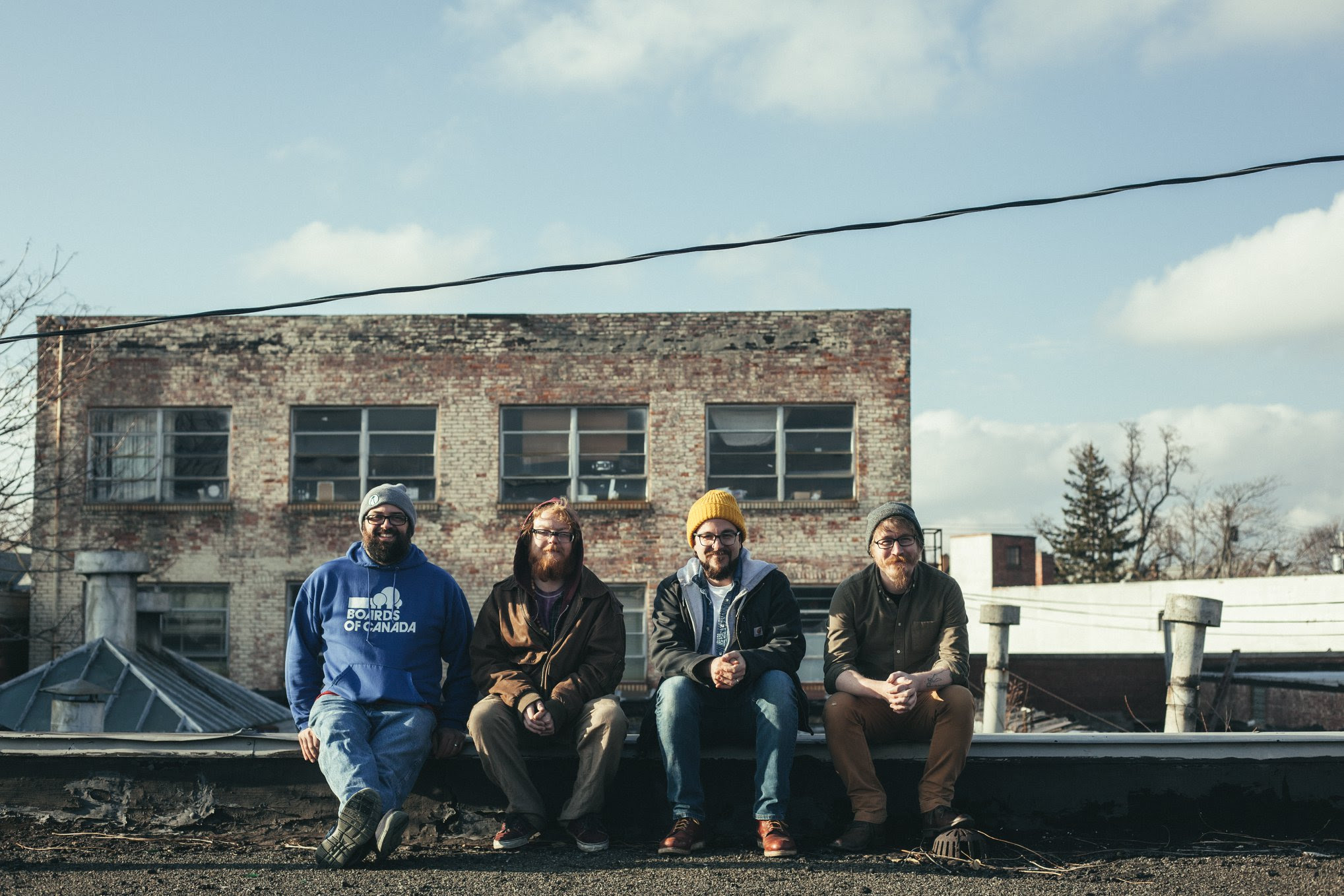 Hollyfeld, A Hotel Nourishing and Wooden Waves. Baker is a wildly inventive guitarist whose ability to blend sweeping arpeggios, indie-rock jangle and authoritative, outside-the-box soloing lends depth and soulfulness to the various bands he works with. His solo material is contemporary indie rock of the first order.” –
Jeff Miers, The Buffalo News

Come out and give these bands a chance to show you what they can do.  Support live music in WNY; all your favorites and some music that is new to you as well.

In the spirit of giving, I got a little carried away with myself this month but you’re going to have an even better chance to win yourself some free tickets for Christmas.

We have 13 shows up for grabs this month.  As always, the very generous Sportsmen’s Tavern leads the list, along with Babeville and Buffalo Ironworks.  And this month, we also have tickets for MusicalFare Theatre, Mohawk Place, UB Center for the Arts and The Tralf.

The deadline is Wednesday, Dec. 20, at 10 p.m.  Email me at rjmcl14@gmail.com and tell me which shows you’d like to win tickets for. 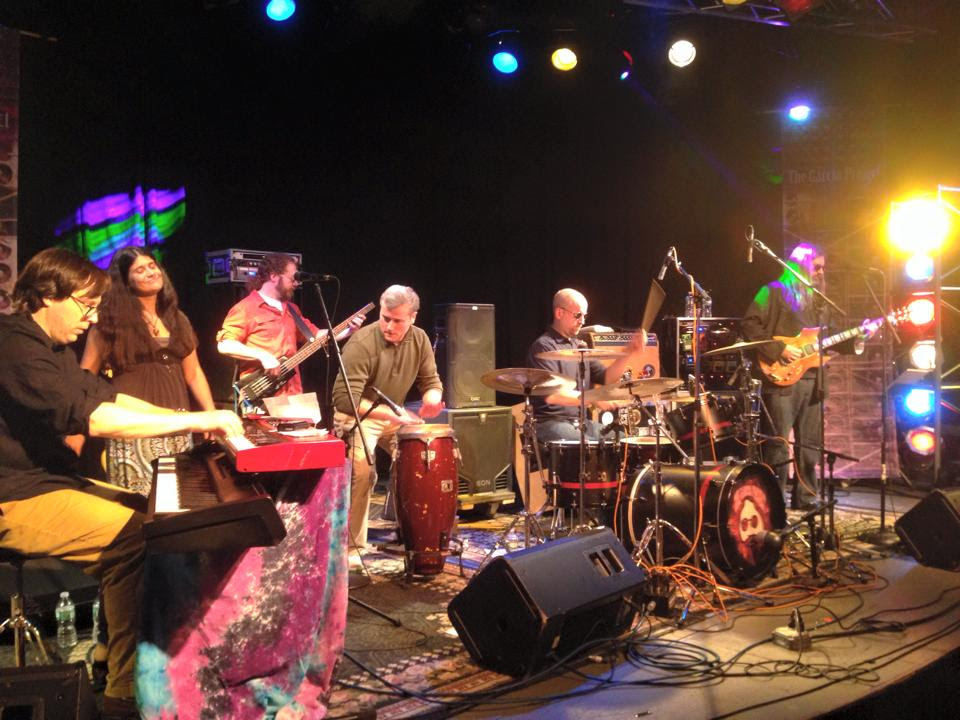 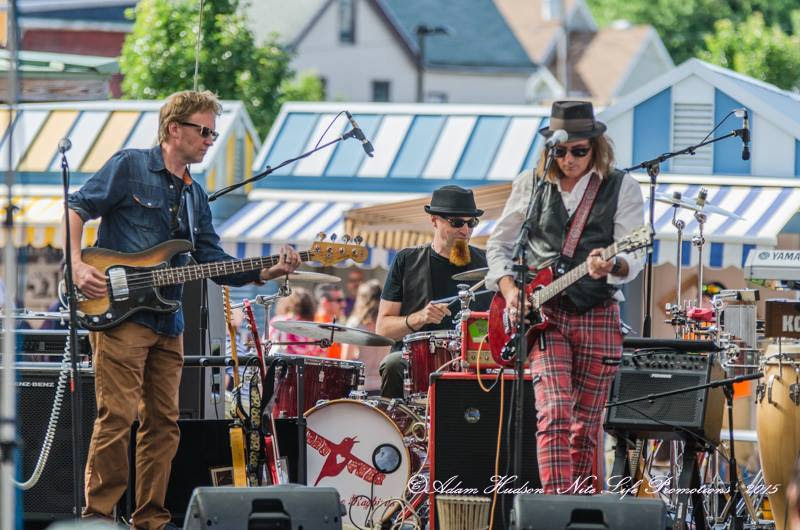 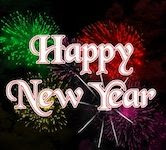 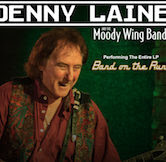 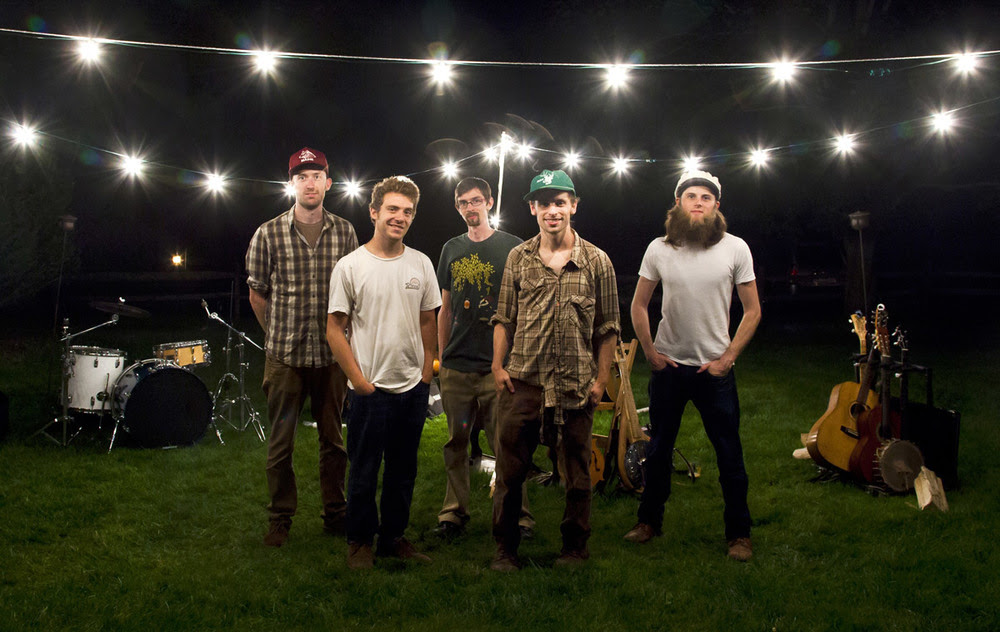 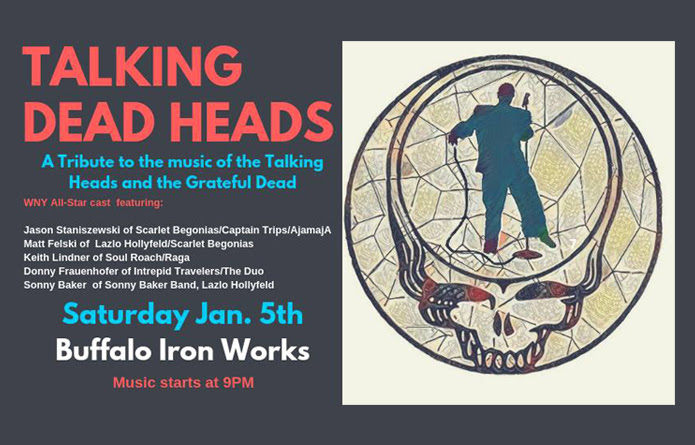 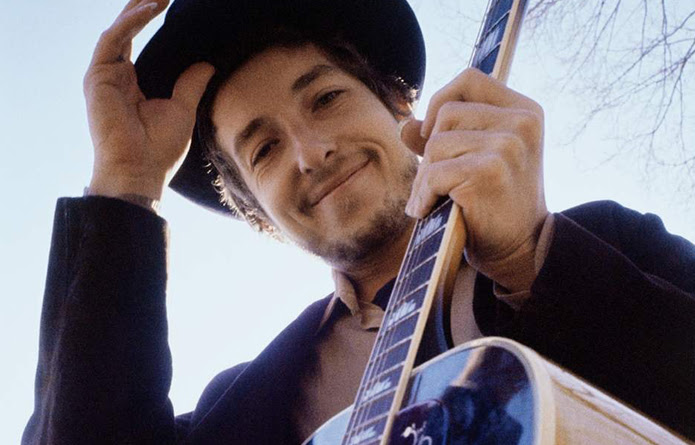 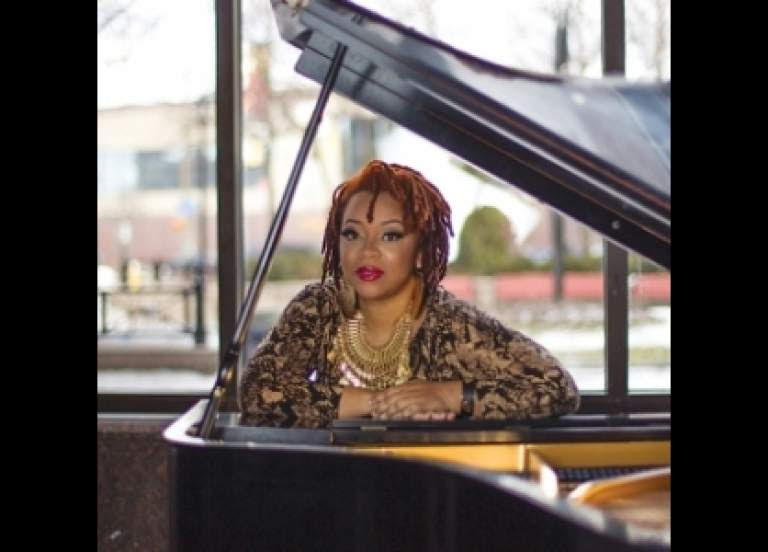 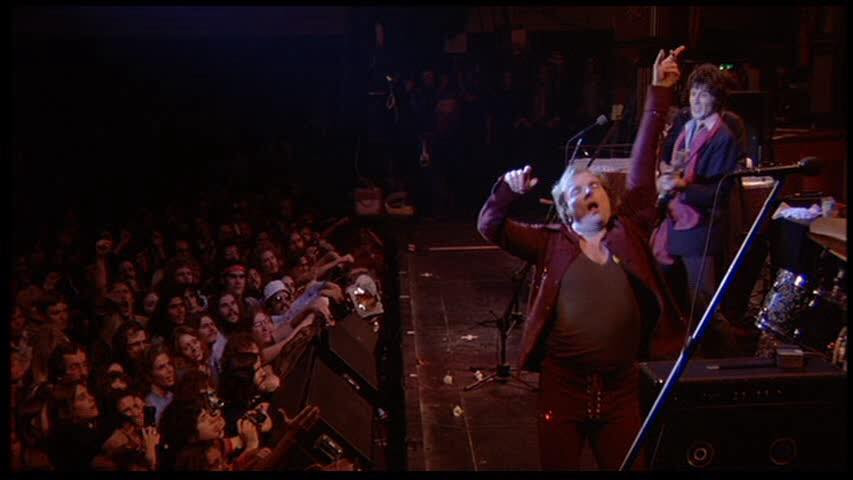 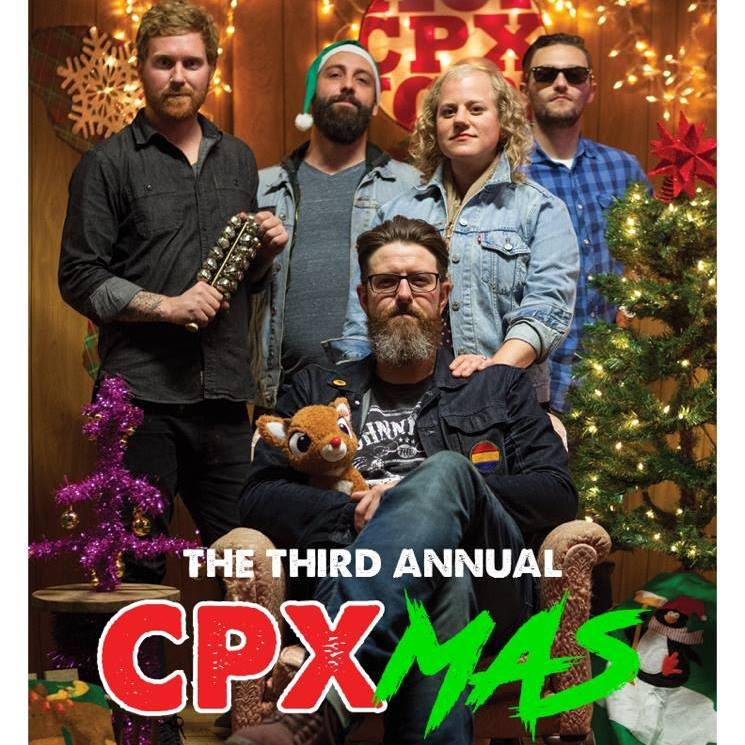 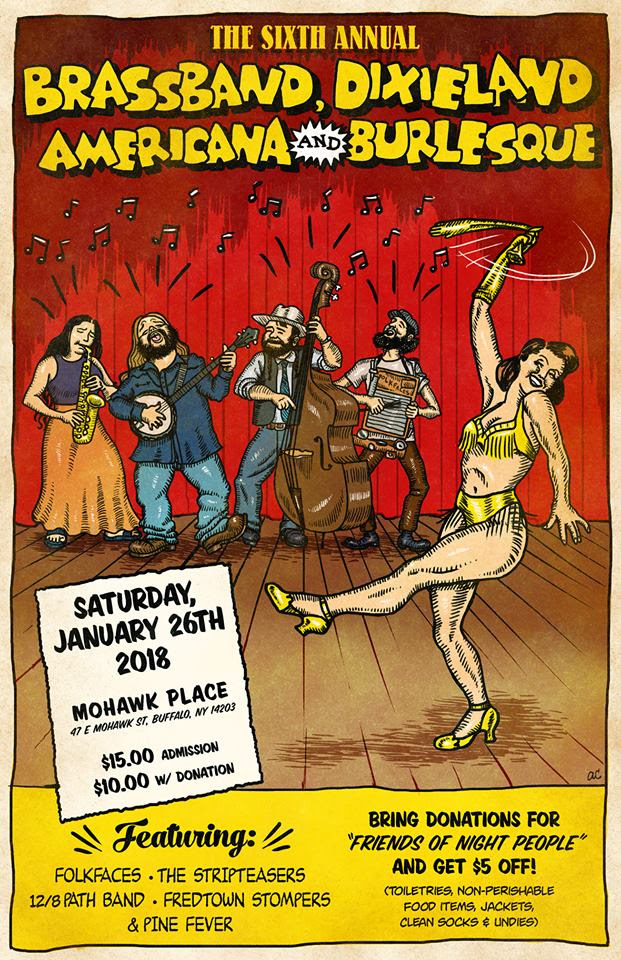 UB Center For the Arts 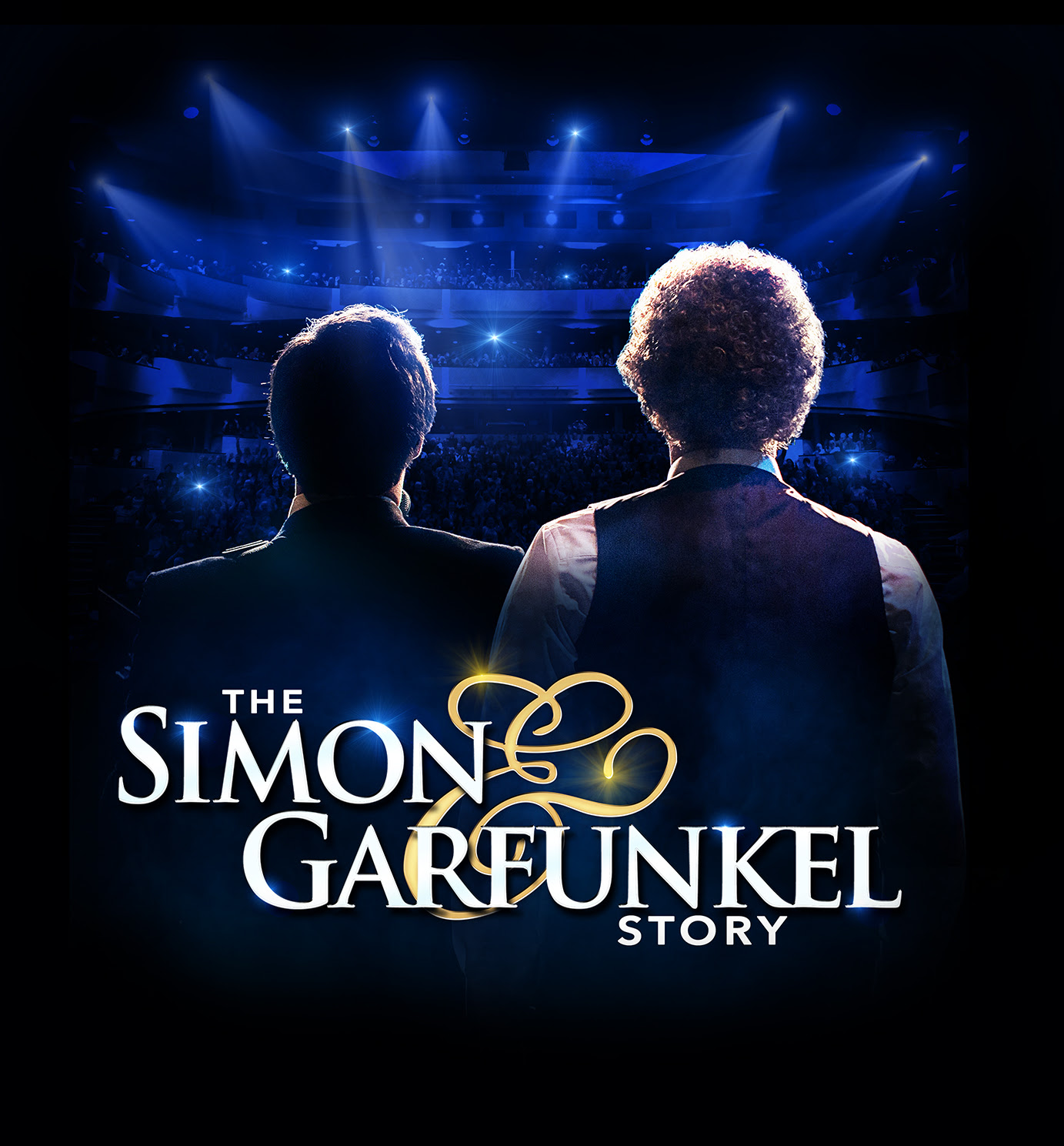 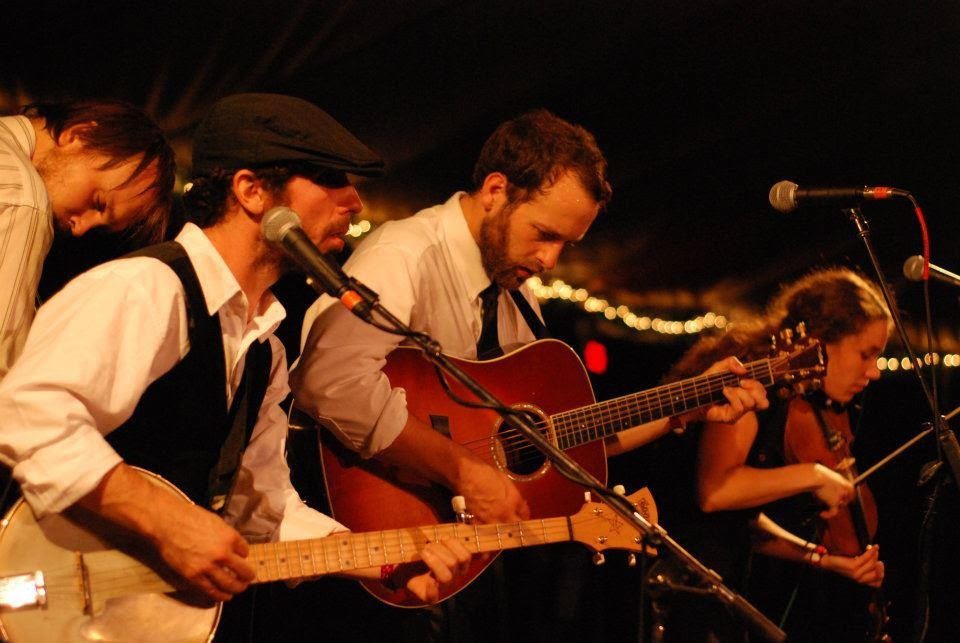 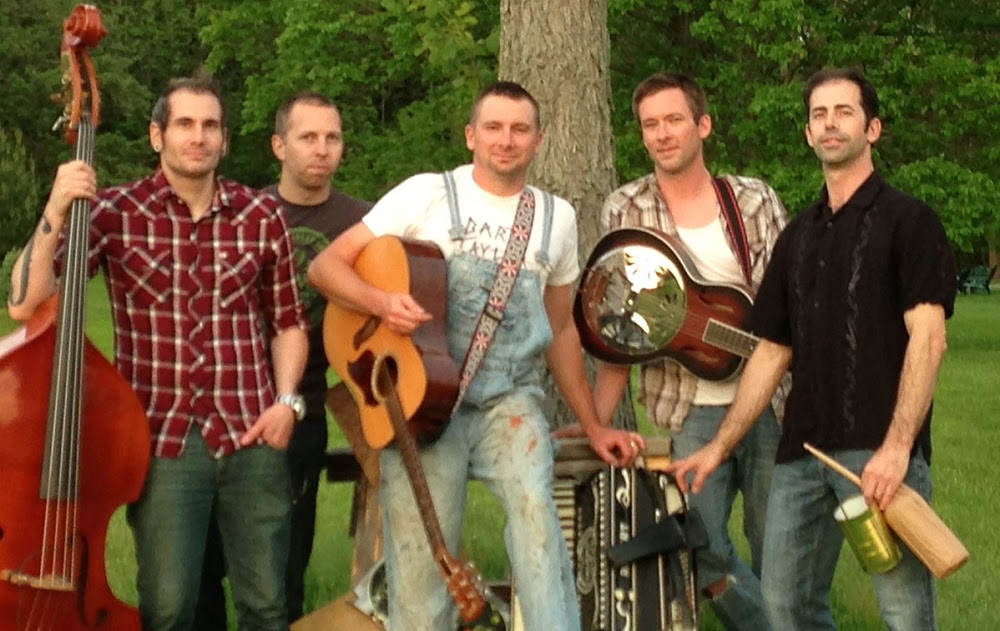 The Buffalo Bluegrass Youth Ensemble is a club that is open to all students, 11  to 20 years old who play violin, viola, cello, bass, guitar, mandolin, five-string banjo or Dobro. The group meets every first, third and fifth Monday from October through June at Wayside Presbyterian Church on the corner of Amsdell Road and Route 5 in Hamburg, from 6:30 to 8 p.m.

Melodies and sometimes harmonies will be given to students in standard notation and/or tablature but will be expected to be memorized for public performances. These melodies are kept simple, making them easy to memorize and leaving room for embellishments and improvisation as students get comfortable with them.

Public performances may range from appearances in farmers markets, fairs and appropriate museums. The group is run by former director of the Frontier Central Fiddlers, Mark Panfil, along with a group of professional musicians, including Bill Matthews and Rich Schaefer.

This school year, the BBYE was approved for a grant from the Sportsmen’s Americana Music Foundation to bring in Phil Banaszak to run a series of four workshops for the students. Phil is a former New York State fiddle champion and member of the North American Fiddlers Hall of Fame.

He is also a member of the music faculty at the Community Music School in Buffalo. He is teaching the finer points of bowing technique and how the fiddle has specific jobs to do in a small ensemble or jam session. He is teaching two workshops in 2018 and two in the spring of 2019. 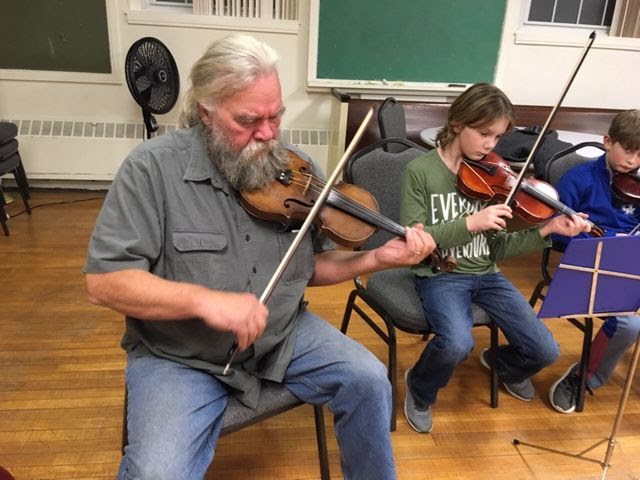 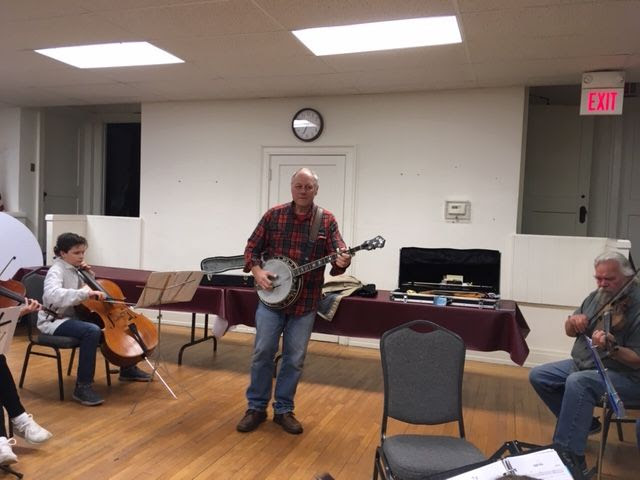 Phil Banaszak (left) shows some finer points on the fiddle;

Sponsor of the Month

Niemiec Builders Supplies
Here are a few words from the good folks at Niemiec:
Niemiec Builders Supplies is a friend of the Hall family and proud corporate sponsor the the SAM Foundation.
Dwane Hall has always said “I want to do music on a grand scale.” Sportsmen’s provides the place for community through the experience of local and nationally appreciated Americana music. Helping musicians of all ages shows the love that the Sportsmen’s Tavern has created in Black Rock.

Niemiec Builders Supplies is a locally owned and operated lumberyard at the same location for 71 years. We started out as Fireside Fuel Oil Co. in 1947, then as Niemiec Bros. in 1952.
We believe with the help of others that investing in your community works, providing premium quality lumber and building supplies to residents and businesses alike. Stop in and see for yourself (and ask Dwane who built the stage and the interior staircase in the Sportsmen’s Tavern).
Custom moldings, spindles, stair stringers, plywood, lumber, porch flooring — those are just a few items we handle.
We provide honest help to those in need with quality materials and good advice. Please do come over to Niemiec Builders Supplies to experience a traditional lumberyard. Always remember to shop and buy local!
George Niemiec and Robert Niemiec 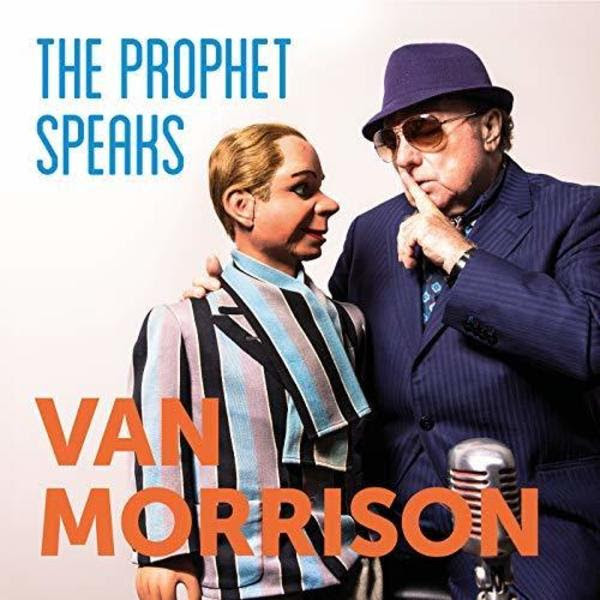 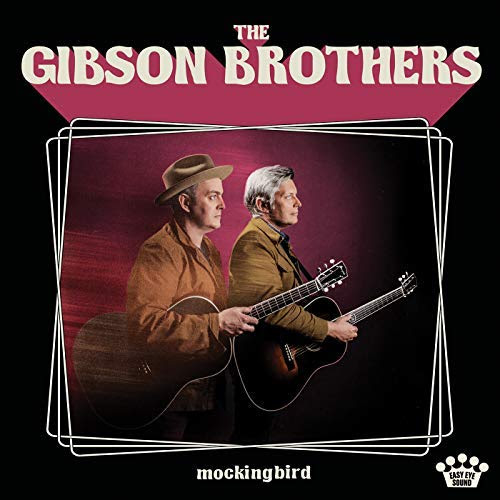 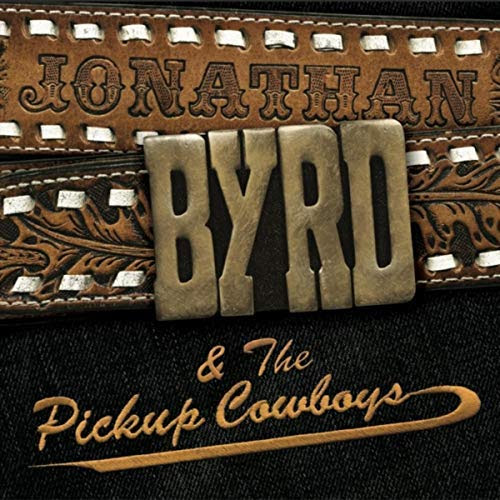 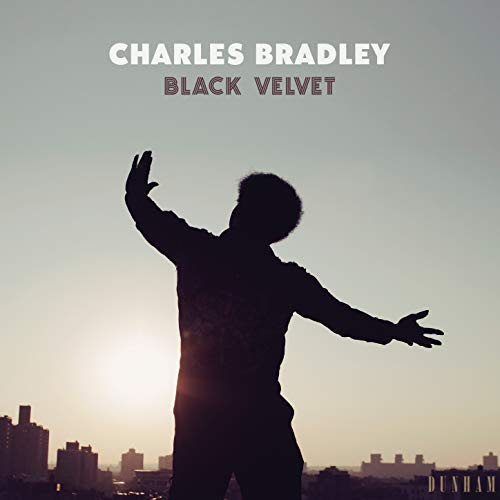 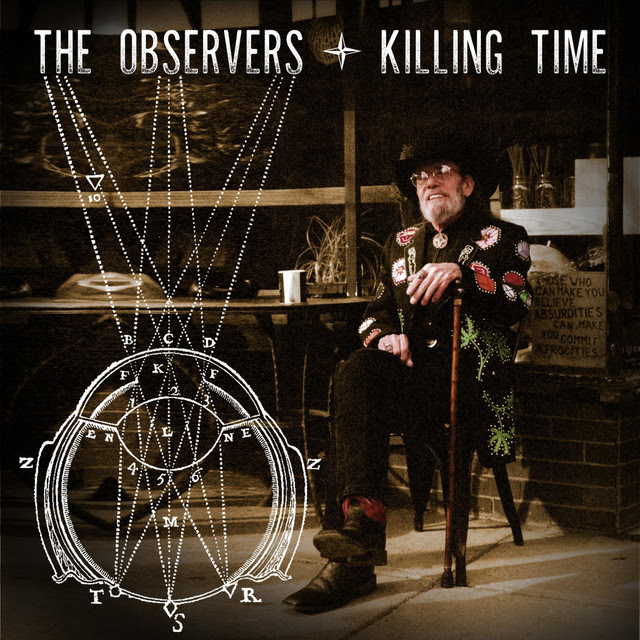 DISCOUNTS FOR MEMBERS:   The discounts we’ve arranged at this time are:
Sportsmen’s Tavern – The first Tuesday of every month, all members who show their card at the door will get free admission to The Twang Gang.
Buffalo Ironworks – 10% off all food items
Allentown Music – 10% off all regular items
Smolen/Bonghi CPA – 10% off all tax preparation and accounting services
Korona Jewelry –  2 discounts
1) Watch batteries installed for $5 instead of $7.
2) 25% off the regular price of anything in stock.
Ellicott Small Animal Hospital 30% off regular exam
Flying Bison Brewery – 10% off
River Grill – 20% off food – seasonal
Buffalo History Museum – buy one regular admission and get one free.
American Reperatory Theater – $10 tickets (1/2 price)
Red Thread Theater – $15 ticket (regularly $25)
MusicalFare Theater – $5 off General Admiss. online.
Enter SPORTSMEN in coupon code. Limit 4
Byrd House Restaurant – 10% off food
Arts at the Bakery – 10% off admission
Buffalo Distilling – 10% off food and drinks
Kissing Bridge Discount Pass – look for emails from SAMF for discounts throughout the year.

HILLSTAR PROMOTIONS USA  was created 24 years ago with the idea of promoting USA made apparel and promotional products for companies and unions that demanded the products they purchased were made in the USA.  Their  largest Customers are building trades unions from New York City to California.
HILLSTAR has a silkscreen shop on South Park Avenue in South Buffalo, and its sales have increased year after year. The owner of HILLSTAR is CEO Bill Hilliker.
Love0 Share Tweet Share 0 Share Pin