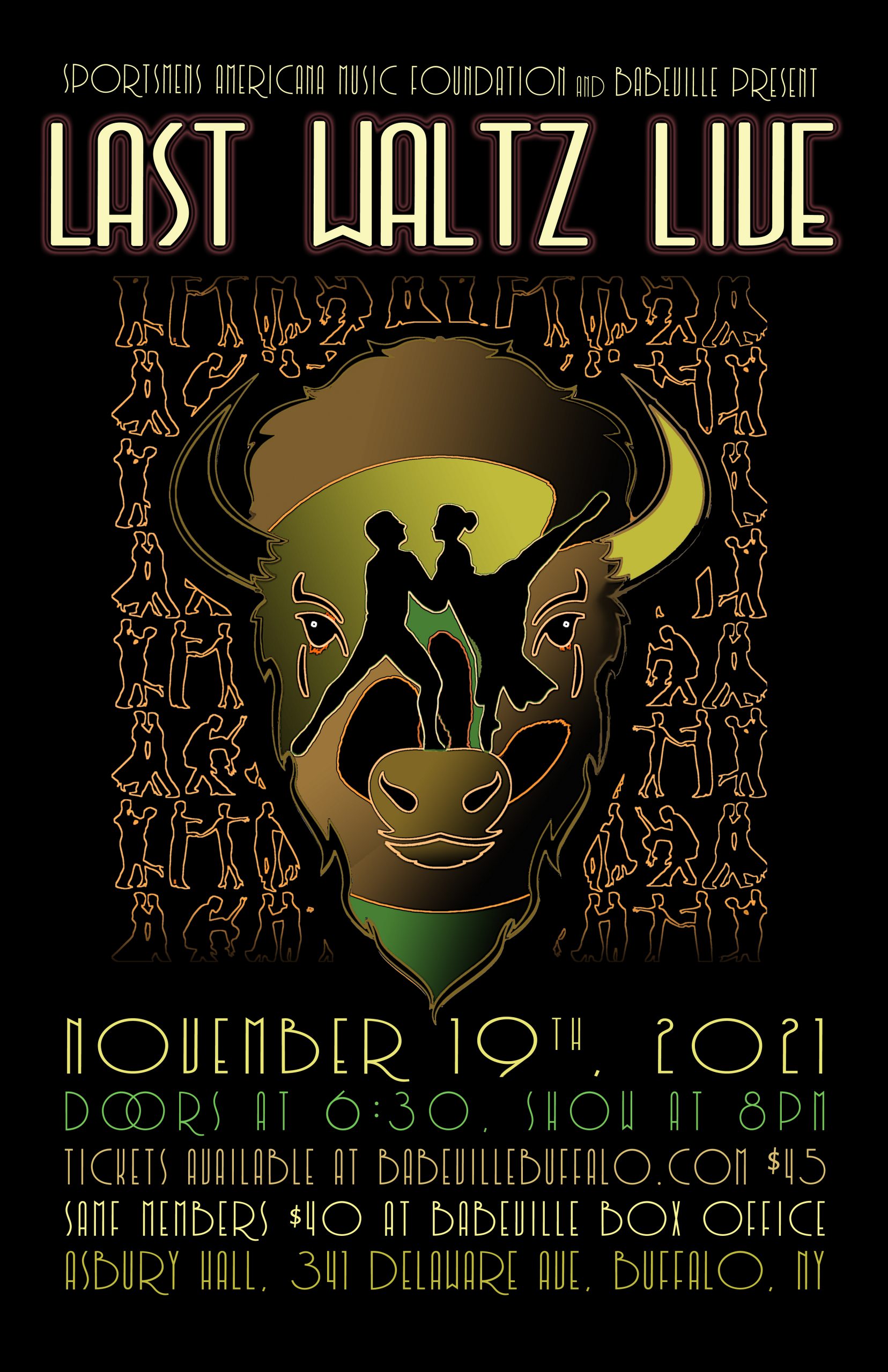 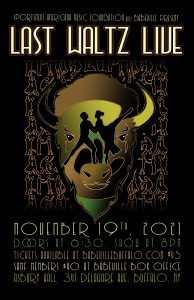 On Friday night, Nov. 19, Buffalo’s The Last Waltz returns to the stage at Babeville, presented by the Sportsmen’s Americana Music Foundation. The Thanksgiving tradition is back!

For those who somehow missed what this show is about, this is a reenactment of the Martin Scorcese movie documenting The Band’s last concert in 1976 in San Francisco. We launched the initial Last Waltz in November 2017 and it’s been a highly successful, sold-out show for three years in a row. The show was a Covid victim in 2020 but now we’re very excited to be presenting the show again.

This was an idea I shared with Doug Yeomans in 2016 and together we spent a lot of time watching the movie, conducting auditions and trying to put together a faithful reenactment of the movie, while making it a thrilling live concert in its own right. This is not just a bunch of musicians playing the songs; this is a theatre piece with a group of very talented and dedicated musicians portraying the artists that appeared in the 1976 concert. If you weren’t in San Francisco for the show on Thanksgiving in 1976, Buffalo’s The Last Waltz is your opportunity to experience some of the excitement of what it must have felt like to be there.

The Narrator is Phil Knoerzer.

We’ll be presenting the Extended Version again this year, as we did in 2019. We’ll include everything from the movie plus several songs that were in the concert but didn’t make the final cut of the movie.

If you’d like to be there, get your tickets early. In past years, the show was sold out by mid-September. Tickets for members are $40. Non-Members – $45. The doors open at 6:30 p.m., and the  show starts at 8:00. This is general admission seating. We’ll be selling 650 tickets, and there will be a seat for almost everyone who’d like one.

Tickets are also available at babevillebuffalo.com. When purchasing tickets online, the members’ discount is not available and additional fees will apply.

The SAM Foundation Board of Directors is very happy to be coming back to re-build the Foundation after this very difficult period of time for musicians, venues and music fans. We are a grassroots organization and we need all of you to come back and renew your memberships and support our efforts to strengthen the Americana music scene in Western New York.