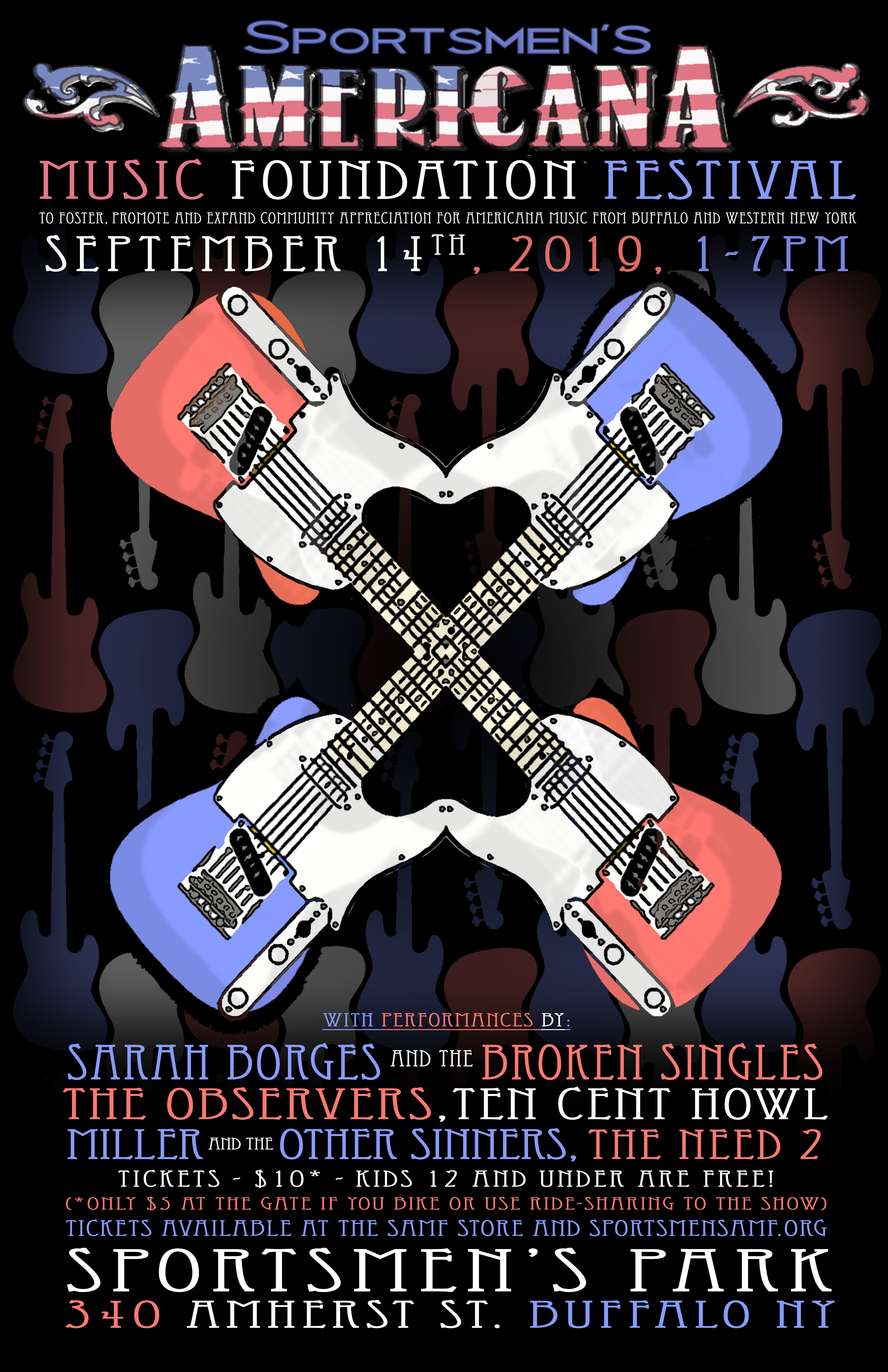 The brand-new Sportsmen’s Park opened on Aug. 4 with Ameripolitan Day, headlining with Dale Watson and featuring Bill Kirchen and Too Much Fun, the Lustre Kings, The Steam Donkeys and the Skiffle Minstrels, with Professor Louie and The Cromatix playing in the Tavern.

The second event at the new park will be the 5th Annual Sportsmen’s Americana Music Foundation festival on Saturday, Sept. 14.
The event is our primary fundraiser for the year.

There will be vendors and food and beer and access to the Park and the Tavern.And, of course, we’ll have great music all day. The Fest will run from 1 p.m. to 7 p.m.

We’ll be featuring Sarah Borges and the Broken Singles as headliners, with the Need 2, Miller & the Other Sinners, Ten Cent Howl and the Observers also on the bill.

This year we decided to try something a little different; we’re going green in an effort to reduce some traffic.

If you ride your bicycle or show us that you arrived via Uber, Lyft or a taxicab, you’ll get in for half of the $10 admission price.

This is a great opportunity to check out the expansion of the Sportsmen’s brand. As you know, they were voted last year as top Ameripolitan/Americana music venue in the world.

Now they’re expanding to an outdoor park and a second venue to bring in even more music to Buffalo and build on their success as the go-to music venue in Western New York.

Tickets are on sale at the Sportsmen’s Foundation store on Tuesday or Friday evenings or at the Tavern any time.

You can also purchase your tickets online here.