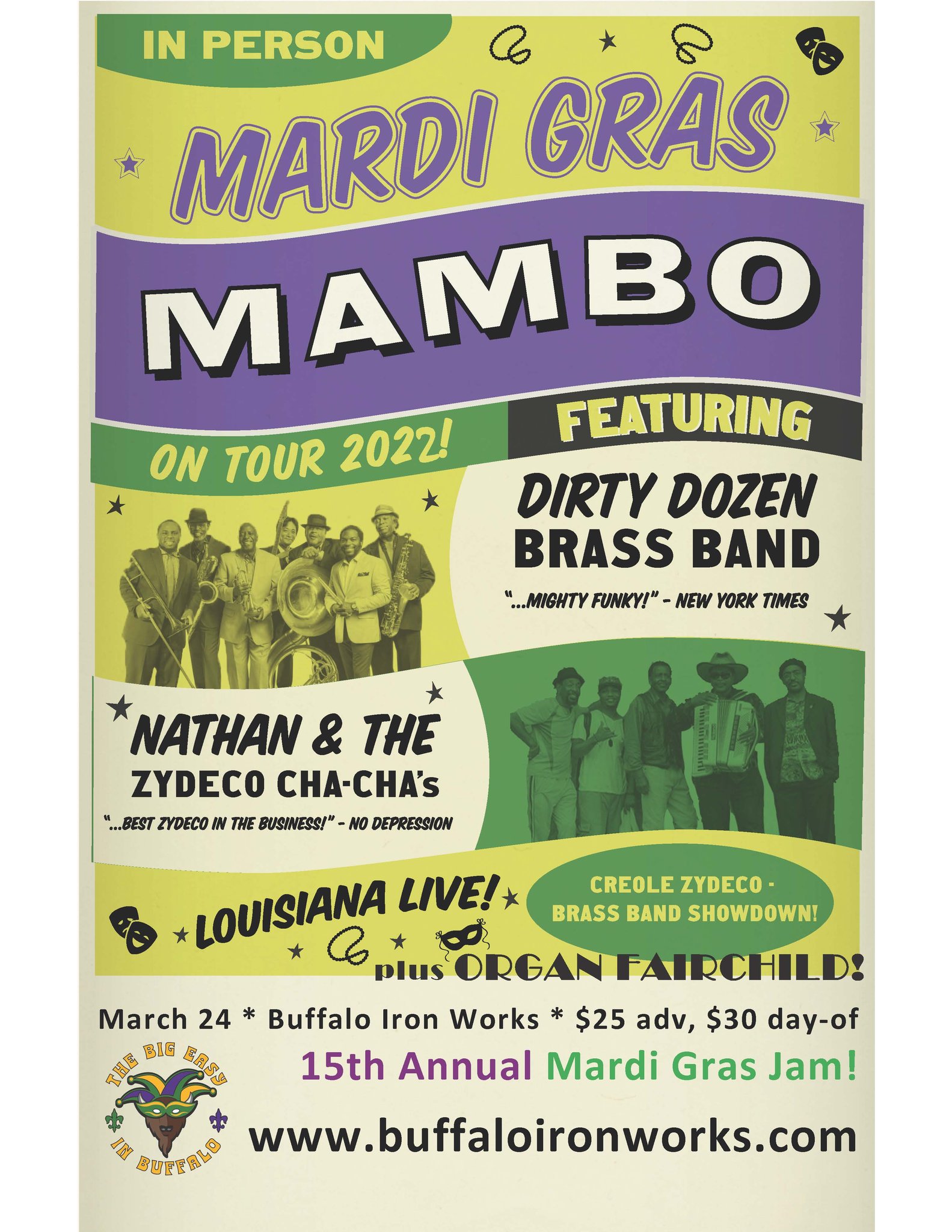 Buffalo Bob Sez, Pt. 2: The Big Easy in Buffalo – Part of the Fabric of Americana Music 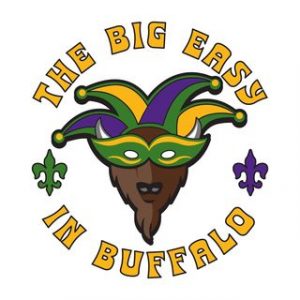 Next, The Big Easy itself: One of the most popular theories discussed over the years by locals points to the late Times-Picayune gossip columnist Betty Guillaud, who allegedly coined and popularized New Orleans’ undisputed nickname while chronicling the city’s peculiar lifestyle. During the late 1960s, Guillaud began using the term to contrast how different life was (and still is) in “The Big Easy” compared to “The Big Apple.”

Then there was James Conaway’s 1970 crime novel titled “The Big Easy,” which was turned into a steamy 1987 national blockbuster movie featuring Dennis Quaid and Ellen Barkin. Ultimately, it pushed the term onto the nation’s vocabulary. According to the author, the phrase had never been penned to a published book until then. He argued that, while working as a police reporter for the Times-Picayune himself, he overheard two men chatting, and the phrase “The Big Easy” came up one night and it stuck with him.

The soundtrack to the movie became a hit, featuring New Orleans R&B, rock & roll, zydeco and Cajun music. The Cajuns were also known as the Acadians, an ethnic French people who ended up in Louisiana, forced out of Nova Scotia by British settlers. Buffalo’s “The Last Waltz” included a version of The Band’s “Acadian Driftwood” in the past two years of the show.

New Orleans was always an open and supportive city that embraces an aspiring musician’s thirst for performing. Musicians could make a living by booking easy gigs while honing their craft at the same time. The nickname may, therefore, have been perpetuated through time to reference the ease in which New Orleans’ laboring musicians pursued their art. It’s not always “easy” for musicians in Buffalo but I don’t think Buffalo is too far off from having a great music scene like New Orleans.

Other possible origins have been attributed to the relaxed attitude New Orleans residents had toward alcohol consumption during Prohibition. The “noble experiment,” which ran from 1920 until 1933, was pursued to limit social problems, crime and corruption; however, the national banning of alcohol in America never quite made it to NOLA. Down South, and perhaps more than any other city in the country, people who wished to enjoy a drink continued to have a very active nightlife because of the city’s many hotspots and inconsistent enforcement of the drinking law. The term might have been coined to credit how one could wander down the street with an open container filled with booze without getting in trouble. This is all in keeping with the New Orleans tradition of letting the good times roll. Again, compared to New Orleans, Buffalo had its share of speakeasies during prohibition, especially with its proximity to Canada. And Buffalonians continue to enjoy letting the good times roll at Western New York breweries, distilleries and nightspots. 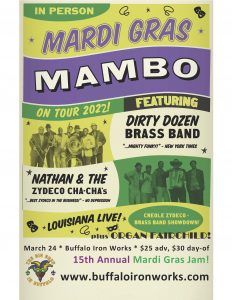 The nickname’s origin, among the many in circulation, may never be deciphered; however, the city’s easy-going, laid-back attitude toward anything life-related could never be disputed. What is guaranteed? That “The Big Easy” is a synonym for the city’s spirit; that it defines how folks in New Orleans embrace life; and that people there do things their own way, without ever fearing judgement.

“After two years of virtual live streams and delayed shows, The Big Easy in Buffalo is back with an incredible lineup,” Artistic/Executive Director Tod A. Kniazuk said. “We wanted to wrap up our 15th season in a big way, so we just had to extend Mardi Gras time into March in order to get all these bands to Western New York.” Information including ticket links can be found at www.thebigeasyinbuffalo.org and www.facebook.com/TheBigEasyInBuffalo.

Elsewhere in this issue of The JAM, Elmer Ploetz is writing about LeeRon Zydeco and The Buffalo Touch Polka Band. That will be an incredible show at The Sportsmen’s Tavern on Saturday, Feb. 26, at 3 p.m. This will be a very special “Mardi Graski” show. To win a free pair of tickets, email me at rjmcl14@gmail.com by 12 noon on Saturday February 12th.