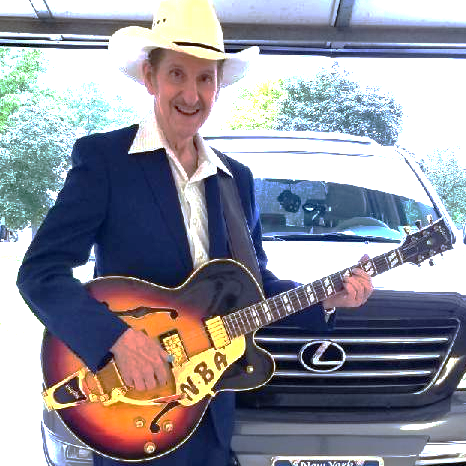 Ever since the SAM Foundation began back in 2014, Nolan Bruce Allen (aka NBA) has been a corporate sponsor of our non-profit organization.  Now he has gone well beyond that level of commitment by donating $10,000 to the Foundation, to be specifically used as a scholarship in his name.  It will be the Nolan Bruce Allen, New York’s King of Western Swing Scholarship. 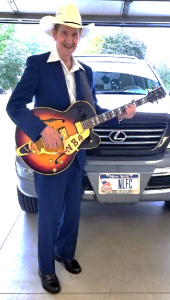 King of Western Swing? According to who?  He received that handle from some of his musical peers, including former Twang Gang drummer Randy Bolem, and a little explanation of NBA’s background and musical history will clarify that nickname.

Nolan was born in Alabama in 1950, served in the military in Korea and Europe and started playing guitar  on Army broadcast country music radio shows while overseas.  After the Army and a move to Western New York, he formed the Lone Star Western Swing Band and played a lot of shows within a 700-mile radius of WNY.  NBA was profoundly influenced by the great and legendary Texan, Bob Wills, even naming his band after the Lone Star State after he “discovered” the all-time King of Western Swing in the late 1960s.

In the early 2000s, NBA traveled to Texas and recorded three CDs saluting the western swing music of Bob Wills, a total of 67 songs.  This music is available for streaming, including on Amazon and Spotify.

NBA has lived in Grand Island since 1972 and he’s been very successful with his business, Northeastern Leasing and Finance Corporation.

There’s much more information about NBA’s life and music at his website, nolanbruceallen.com

The SAM Foundation appreciates Nolan Bruce Allen’s generosity to help support the efforts of our organization.