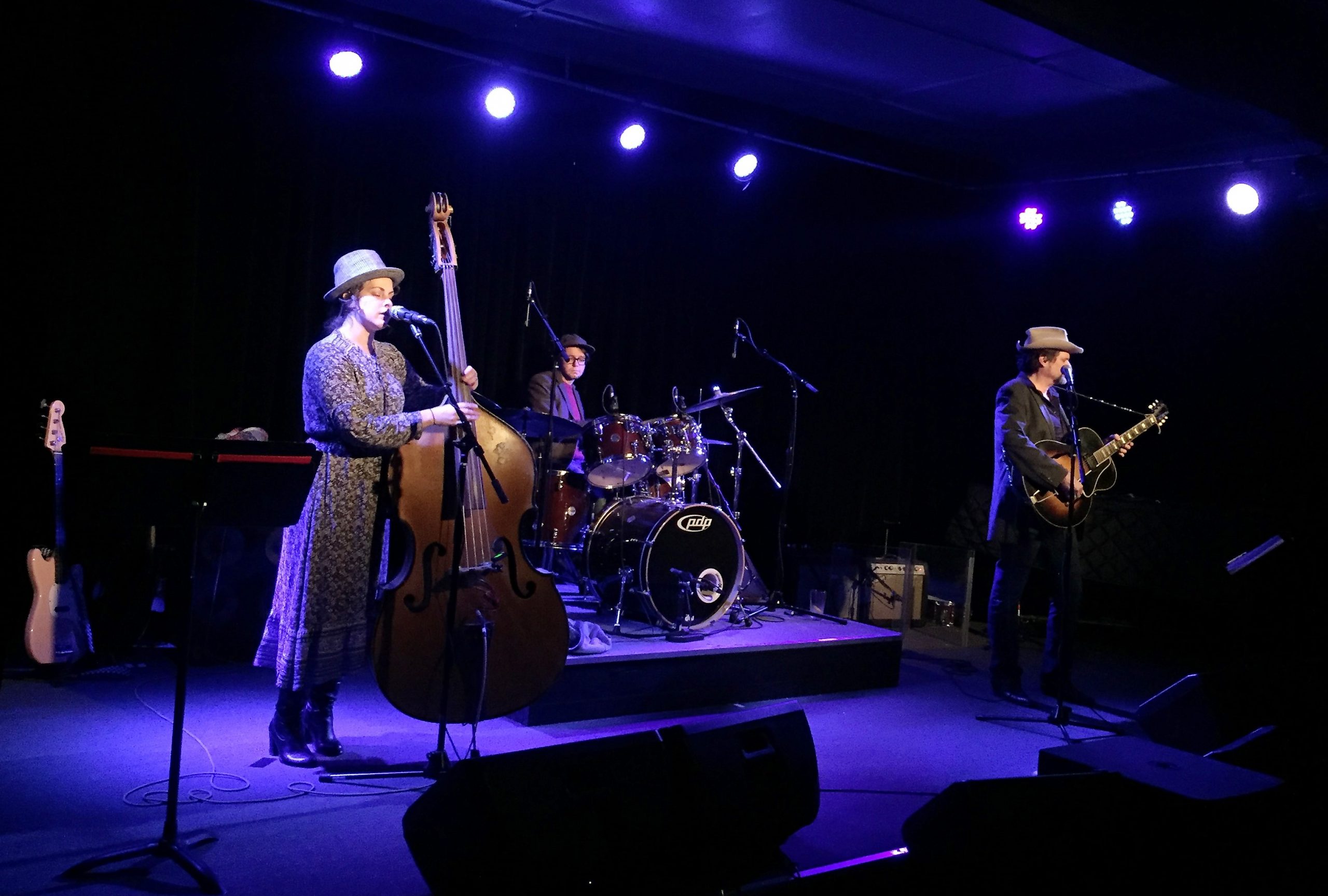 On Sunday, March 7,  we went out to see Crikwater at Duende. On March 8, the SAM Foundation’s annual Szelestfest was really something with Jimmy Calire coming in from LA to play with the band led by Doug Yeomans; it was the best Szelestfest yet in my opinion. 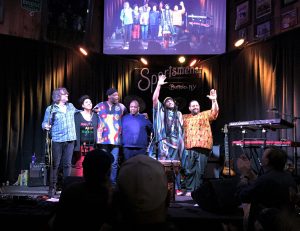 And then the next night was the Vinyl Happy Hour at the Sportsmen’s Tavern, led by Jeff Miers of The Buffalo News. Jeff put together a killer band, including Eric Crittenden and Damone Jackson, to do Bob Marley’s “Exodus,” and it was a transcendent and beautiful experience. 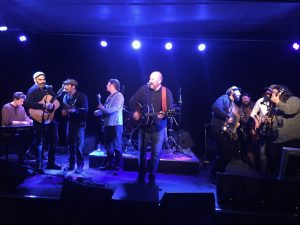 On March 11, I went to the Cave to see Amy LaVere for the first time, with Will Sexton. She’s a great singer and upright bass player from Memphis. Not too many people were there and it was shame, especially now when we’d love to have that opportunity. And then on Friday March 13, I went back to the Cave with my brother-in-law Billy, visiting from Virginia, to see a terrific double-header of the Observers and Ten Cent Howl. Again, not too crowded and everybody was elbow bumping and keeping some distance.

And then the bottom fell out; those are my last live shows and they capped off what had been to that point a great start to March. So at least I went out on a high note, great live music on five out of seven days.

Is this weird or what? We’ve never experienced anything like this, especially – for us – not being able to see our grandchildren. I’m still doing some work from home. If you’re on Facebook, you know I spend some time there and I always have a lot to do to keep me busy; books I haven’t been able to get to, all kinds of choices in movies and TV. People in 1918 quarantined from the flu epidemic wouldn’t believe all the entertainment possibilities we have right now, along with the ability to Facetime and Zoom with family and friends. 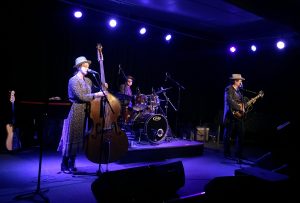 But there’s a big hole in our lives with the loss of being able to enjoy music with other people. There are a lot of activities that have been affected, like almost everything. But to me and many of us, it’s the unity and sense of community you get from appreciating music with your friends and family and even strangers that is the most glaring void that this virus has created.

The activities of the SAM Foundation have come screeching to a halt just like they have for all the venues and the musicians. We would have been presenting our annual scholarship soon, our music classes for kids were ongoing, festivals and concerts were being planned. Now our new series at the Buffalo and Erie County Public Library has been postponed indefinitely. Music @ the Library with the Steam Donkeys and Leroy Townes will be rescheduled as soon as possible.

I could go on and on lamenting all the events I was looking forward to that won’t be happening any time soon, but we all have our stories about our disappointments. However, the main thing is I want all my friends from the Sportsmen’s Tavern, the SAM Foundation and throughout the music community to stay safe. We will all be back; not sure when, but we’ll be back. And it will be joyous when we can all be together again experiencing the bliss of live music that takes you to another place, along with your community of fellow humans. So don’t push it, don’t be careless, we want all of you to be back when that time comes.