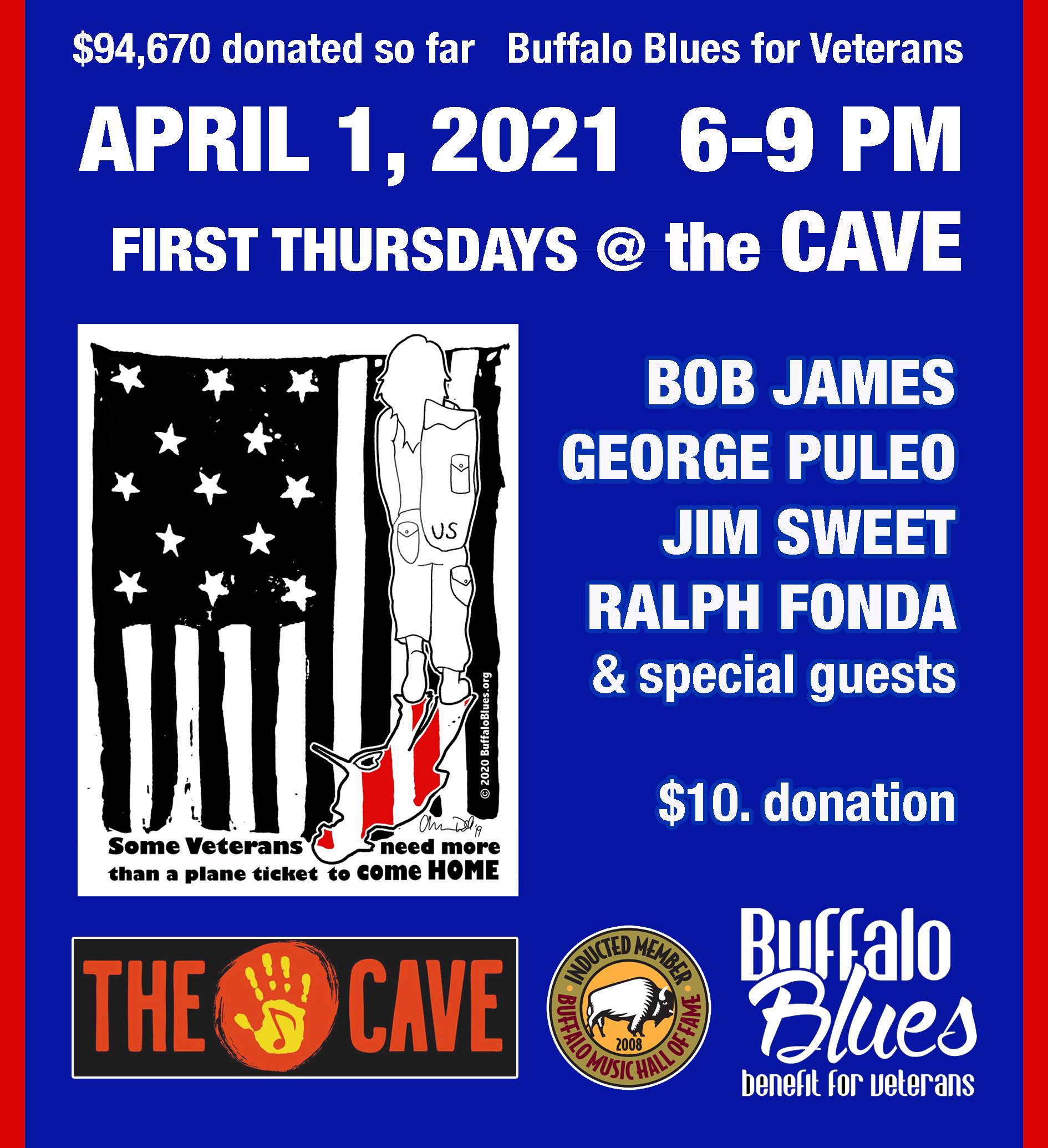 Buffalo Blues is back at the Cave on April 1 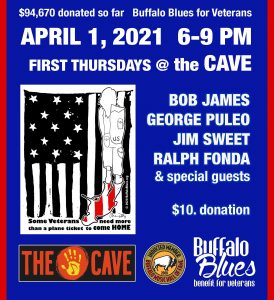 The Buffalo Blues fundraising campaign will return to the Cave with its next show on April 1.

Here’s the link to the event page. Keep an eye out there for when tickets go on sale.

The music campaign, which has raised $94,720 for a range of non-profits serving Western New York veterans and military families, is resuming its “Buffalo Blues First Thursdays at the Cave” next month.

“When we launched the campaign in November 2016, at the Sportsmens Tavern, our goal was to raise $10,000 and do some research around the gaps and needs in WNY. 2020 was set to be our biggest year ever, with projections to push us well past $125,000 total donations raised, and it was a heartbreak to have to shut down.”

Opening the April 1 event will be Michael Delano, followed by a full-band set with James, guitarist George

gaps and needs in the military community, a newly revived chapter in the Buffalo Blues menu of tasks that