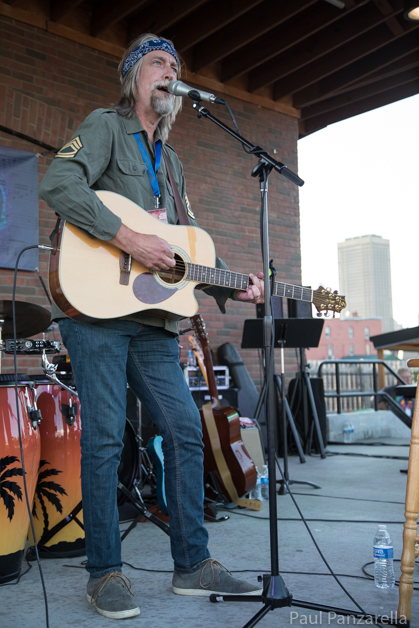 Buckwords: Woodstock in the city

The original Woodstock, held on Max Yasgur’s dairy farm from August 15-18, 1969, was billed as “an Aquarian Exposition: 3 Days of Peace and Music.”

“Aquarian” is a fairly antiquarian term these days, but once you trace its roots back to the 1968 Broadway musical “Hair,” which depicted a “tribe” of young people living a bohemian lifestyle in the midst of the sexual revolution against the backdrop of the Vietnam War and the rapidly growing numbers of high school and college-aged men nervously waiting for their draft notices to arrive, it’s easy to see why “Aquarian” was a fitting term to capture the spirit of the event the original Woodstock promoters were aiming to pull off. This WAS the dawning of the Age of Aquarius.

I was not quite 5 years old at the time, so I did not attend the original Woodstock. Still, I was born the youngest of four siblings in 1964 – the cutoff year to qualify as a card-carrying member of the Baby Boom Generation. Which gets you nothing, except the virtue of being in the most populous demographic in U.S. history. The phenomenon was encouraged by the benefits of the GI Bill awarded to returning WW II veterans. There were 76 million kids born in the US between 1946 and 1964, geared up to live the American Dream.

My eldest sister is 17 years my senior, and though she didn’t attend Woodstock either, I do remember some friction between my WW II Naval officer father and her long-haired, bead- and sandal-wearing, Volkswagen-driving boyfriend of the day.

In just another couple of years, my brother, who is 12 years older than I am, would enlist in the Navy to avoid being drafted into the Marines or Army. He then spent a good deal of time on the flight deck of the aircraft carrier USS America, stationed in the Gulf ofTonkin, watching as napalm dropped from the planes – which he serviced – burn huge swatches of jungle and every living thing inside.

The whole era, coinciding with the civil rights movement and the multiple assassinations of various national leaders, made for a complex family dynamic in millions and millions of households across the country. It’s impossible to overstate the divisions that erupted within the country over the escalating war in Vietnam. 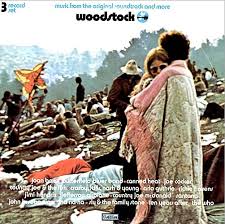 member the three-LP vinyl compilation of the Woodstock album, which was among the many records in our house. Before I ever saw the concert film as a teenager at the midnight movies, I used to marvel at the tri-fold inside photo of the enormous crowd. The soundtrack was my introduction to the many performers who now constitute that pantheon of rock and folk icons of the counterculture. I recognized the event as something miraculous and unique—almost sacred.

I offer this long, personal prologue as a backdrop to my initial feelings when I heard there was some talk about recreating Woodstock featuring local musicians playing the roles of the various performers and bands. “Tired,” was my first thought. Why are people always trying to relive these things, completely out of context? Where is the originality and excitement of the NOW?

Then I remembered how I’ve been blessed with a long enough life to feel the right to this kind of cranky-old-man snap judgment. But … wasn’t I also being hypocritical, having already turned in my role as Ronnie Hawkins in the SAMF productions of “The Last Waltz” at Babeville for the past two years? Those recreations have not only been wildly fun for the audience and performers alike, but also great occasions for so many local musicians to hang out together, swap stories and become a part of something bigger than their typical local gigs.

When Bob McLennan gave me a call and asked if I’d be interested in playing the role of Country Joe McDonald at the Buffalo Music Coalition’s Woodstock tribute, I gave it some long, hard thought. For about two seconds. Within those two seconds, I spent the first one thinking to myself: That’s going to require me instigating a crowd to shout the word FUCK! Am I really the sort of middle-aged man who’s comfortable doing that kind of thing? Yeah, I suppose I am.

I used the second second to decide if I was comfortable singing one of the most darkly humorous and defiant anti-war songs ever sung. The answer to that in my head was: Fuck, yeah! And with Doug Yeomans and Eric Crittenden serving as music directors, I figured this “tired” idea would actually sprout some wings and fly.

After playing an early afternoon gig that day, I dropped off my guitar backstage at RiverFest Park around 3 p.m. on Aug. 10, just to get the lay of the land.

I went home, tried to take a little nap, and when I returned with my wife around 6 p.m., the entire huge parking area which had been desolate a couple hours before was now jammed with vehicles. Walking toward the gate in my Army shirt costume (with patches sewn on by my wife that very morning), carrying my guitar, I was reminded that it’s the sheer theatricality of these sorts of events that make them exciting.

Going through the crowd toward the backstage area, I realized that all of my personal ideas about the original Woodstock didn’t really mean shit. Woodstock means millions of things to millions of people. Here there were over 1,500 folks paid through the gate to come together, dig music, hang out and talk. Many more were checking out the event from beyond the fences.

The excitement and enthusiasm backstage was nothing compared to the passion with which all the performers strutted their stuff. Circulating through the crowd I got to chat with so many people who were just exuding peace and love. It really was a welcome respite from our current news cycle.

In a volatile time in American history, the original Woodstock stood out as an imperfect but admirable statement led by youth, saying that in the midst of great discord people can still come together. And when they do, things can change for the better.

The Buffalo Music Coalition proved that Buffalo is the sort of place where musicians and music lovers can proudly let their freak flags fly, celebrating some of the best stuff that makes us all Americans: inclusiveness, compassion and the willingness to resist those who would have things otherwise.