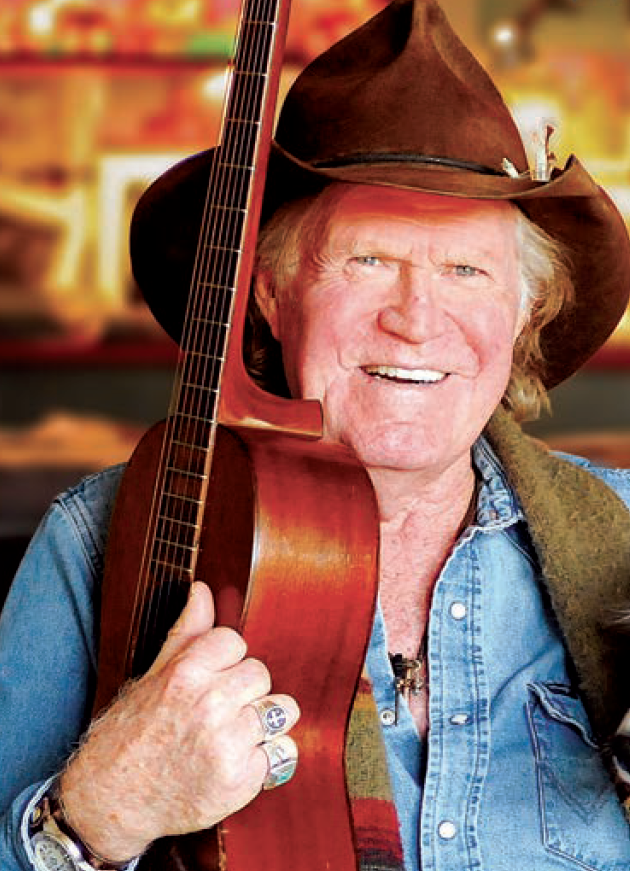 In this dream, you are unspeakably tired, walking at twilight alone along a dirt road leading toward a distant mountain range. Against the deepening purple sky, a few high, billowy clouds catch the dying reds, oranges and pinks from the setting sun. Lower on the horizon, vultures circle.

You crest a slight hill and now you see a trail sloping down into an arroyo where you make out the reflections of a small fire against the short walls of the dried riverbed. As you come closer, you think you hear music. But how can that be, out here in the wilderness? You haven’t come across another soul for hours.

As you walk on, you are sure you hear a melody being plucked by nimble fingers on an old gut-string guitar. And now, a lonesome human voice is cracking slowly into a forlorn, delicate yodel. Or was that just the cry of a wolf from some distant mountain top, pining for his mate? You follow this ancient song as it echoes down the narrow canyon. You descend deeper into the darkness toward the dancing flames of a small campfire.

The giant, distorted shadow of a horse moves slowly against the canyon walls. Now you hear the words being sung by this solitary balladeer and you realize, to your astonishment, that the heartbreak he is singing about is your own! As he finishes, you glance down to see that a solitary teardrop has landed upon your cowboy boot.

When you look back up, you are alone again in the darkness. 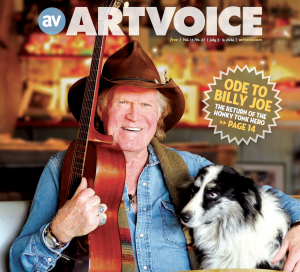 Here’s a story from a few years back. You can read it HERE.

OK, so that was pretty much the mythical image I’d built up in my head about so-called Texas songwriters. They were mysterious loner poets turning out lyrics as deep as Dylan yet as straightforward and familiar as a shopping list. They were like a rare, sub-species of the songwriter bird that you seldom got to see. Especially in Buffalo, N.Y.

But if you were at all interested in writing songs you simply couldn’t ignore the contributions coming from these renegade spirits from the Lone Star State. It would be like saying you were interested in becoming a surgeon but had no use for anatomy classes.

The first flesh and blood Texas songwriter I ever met was Guy Clark. Local singer/songwriter and folk music promoter Michael Meldrum introduced me to him as we sat at the bar at Nietzsche’s in 1988. In advance of his appearance, Meldrum had schooled me on Clark’s songs like “L.A. Freeway” and “Homegrown Tomatoes” and I was enthralled. Clark was very soft-spoken and friendly. He pulled a Sharpie from his jacket pocket and signed my guitar because I only had a ballpoint pen.

The show was great and I sat spellbound. But I also learned something about the loneliness a solo performer can face out on the road, far from home. The show was not very well attended and I have a memory of him squeezing into the phone booth afterward to place a long-distance call to his wife, Susanna.

Townes Van Zandt, another member of the pantheon of legendary Texas Songwriters, played a similarly under-appreciated set at Nietszche’s around this time. In death, thanks to admirers like Steve Earle (another famous Texas songwriter), Van Zandt enjoys a level of respect today that he never was able to enjoy in life.

One of the brightest stars in that big Texas Songwriter sky was Billy Joe Shaver. His father tried to kill him before he was even born by mercilessly beating his mother when he found out she was pregnant, and leaving her for dead, bleeding in the hot sun.

From a life filled with hard knocks, Shaver discovered a natural talent for songwriting and hell-raising. As for youthful confidence, he famously told Waylon Jennings to his face that he would kick his ass if Jennings didn’t record his songs. In response, Jennings recorded an entire album’s worth. Released in 1973, “Honky Tonk Heroes” is recognized today as a cornerstone of the Outlaw Country movement.

I had the good fortune to interview Shaver once, and ran it as a cover story in Artvoice (eight years ago this week) in order to highlight an upcoming show at the Sportsmen’s Tavern. I found him to be warm and friendly, and his life story to be complex and inspiring. That’s why Courtney Lennon’s new book — which is covered by Elmer Ploetz elsewhere in this issue of the JAM — is way up on my summer reading list. I love reading true stories that are more incredible than my dreams.

For those of you who are curious about this whole “Texas Songwriter” thing, check out https://texassongwriters.com. You’ll find the topic is about as big as the state itself.