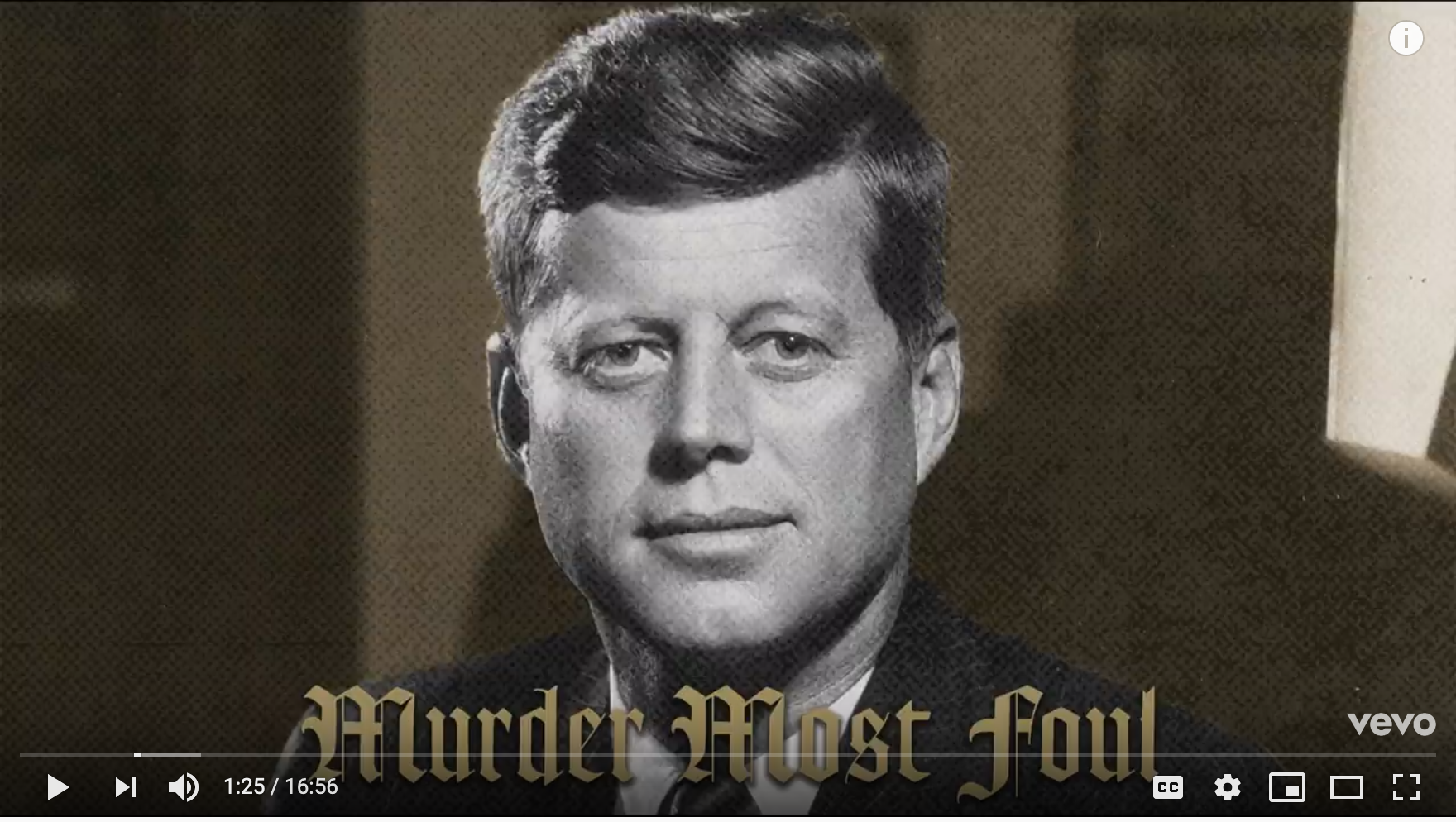 As a longtime fan of Bob Dylan, I was as surprised as anyone when out of the blue and without much fanfare, he released a new original on Friday, March 27, entitled “Murder Most Foul.”

At 16 minutes and 56 seconds, it wins the contest as the longest song Dylan has ever released — and there have been several long ones. Counterintuitively, within a week of its release it became his first original recording to ever reach No. 1 on any Billboard music chart during his entire 58-year career.

The song, if “song” is the right word, has been met with mixed reactions. It’s hard to imagine anyone doing a cover version of the piece, for example. I imagine I’ll be proved wrong. Still, it does lack the typical song structures of verse, chorus, bridge, et cetera. Instead it’s jam-packed with the sort of lines that most songwriters couldn’t compose if they were given a thousand legal pads and an unlimited supply of pens. The lyrics just flow on, using the assassination of JFK — one of the most shocking moments of the baby boom generation — as a launch pad for a long journey through American pop culture.

The title and refrain is borrowed from Shakespeare’s Hamlet, wherein the ghost of the slain King of Denmark describes his treacherous death to his son. It’s not a new theme. The circumstances of the JFK assassination have triggered more conspiracy theories than any other single event in modern times. It’s been researched to death by experts and crackpots alike and still no definitive conclusions. Just a lingering feeling that something is rotten in the State of Denmark.

The official audio for “Murder Most Foul.“

I’m not a Dylanologist, but I do admire his body of work as much as I like his chameleon-like persona. Still, his reluctance to be defined meant nothing to those who quickly began interpreting this colossus of a song. In the month since its release, it’s become fodder for some followers of the wacky QAnon movement — some of whom have advanced theories that Hillary Clinton was running a child sex ring out of a pizzeria, while others have advocated drinking bleach to treat Covid-19.

I’ve seen remarks on the internet that begin by rounding up Dylan’s 16 minute and 56 second track to a nice round 17 minutes. From there, some have made the leap that Dylan was secretly referring to the 17th letter in the alphabet. You guessed it: Q. One addled commenter praised Dylan for calling for the destruction of the Central Intelligence Agency in his song. Huh?

I can’t speak for Dylan, but I will opine that if his intention was to record a song that was exactly 17 minutes long in order to send confidential a message to a guy wearing a tinfoil hat, he would have simply let the music sustain for an extra four seconds.

Putting such nonsense aside, I think one of the most notable aspects of “Murder Most Foul” is the simple fact that a song of such length could attain such a huge listenership. It no doubt benefitted from the timing of its release. In a country on pause, idle time has become somewhat widespread. And the growing distrust of the American government’s response to the Covid-19 pandemic has had people on all sides pointing fingers in different directions. Paranoia is having a heyday, and the lyrical content does press on certain nerves.

And then, like that, yet another new Dylan song appeared.

I’m more impressed by how successfully the piece, by its sheer length, has broken through the customary time confines of the traditional popular song. These were arbitrarily imposed in the 20th century by the record industry, dictated by the fact that one side of a record could only contain so much music. But in our digital world — the way everyone heard this song — there are no such time constraints. Both sides of a single vinyl LP (Long Playing) add up to only a fraction of what is possible to put down in a single, uninterrupted piece.

This is not to say that many people find such a song length to be a burden to both their patience and their ears. I would argue that there are countless shorter songs that I can’t listen to for even 10 seconds.

In an interview given 55 years ago, Dylan himself mused about recording a song that would take up both sides of an LP, but wondered who would buy it. The times, they have a’changed. Because the digital format is more or less free of the prohibitive costs associated with producing tangible records, tapes or CDs, it’s no longer the gamble that it once was to dream outside the record sleeve.

It just took a personality like Dylan to walk down that road and score an improbable hit. As has been the case throughout his career, I imagine that other artists will follow his lead now that he has blazed the trail.