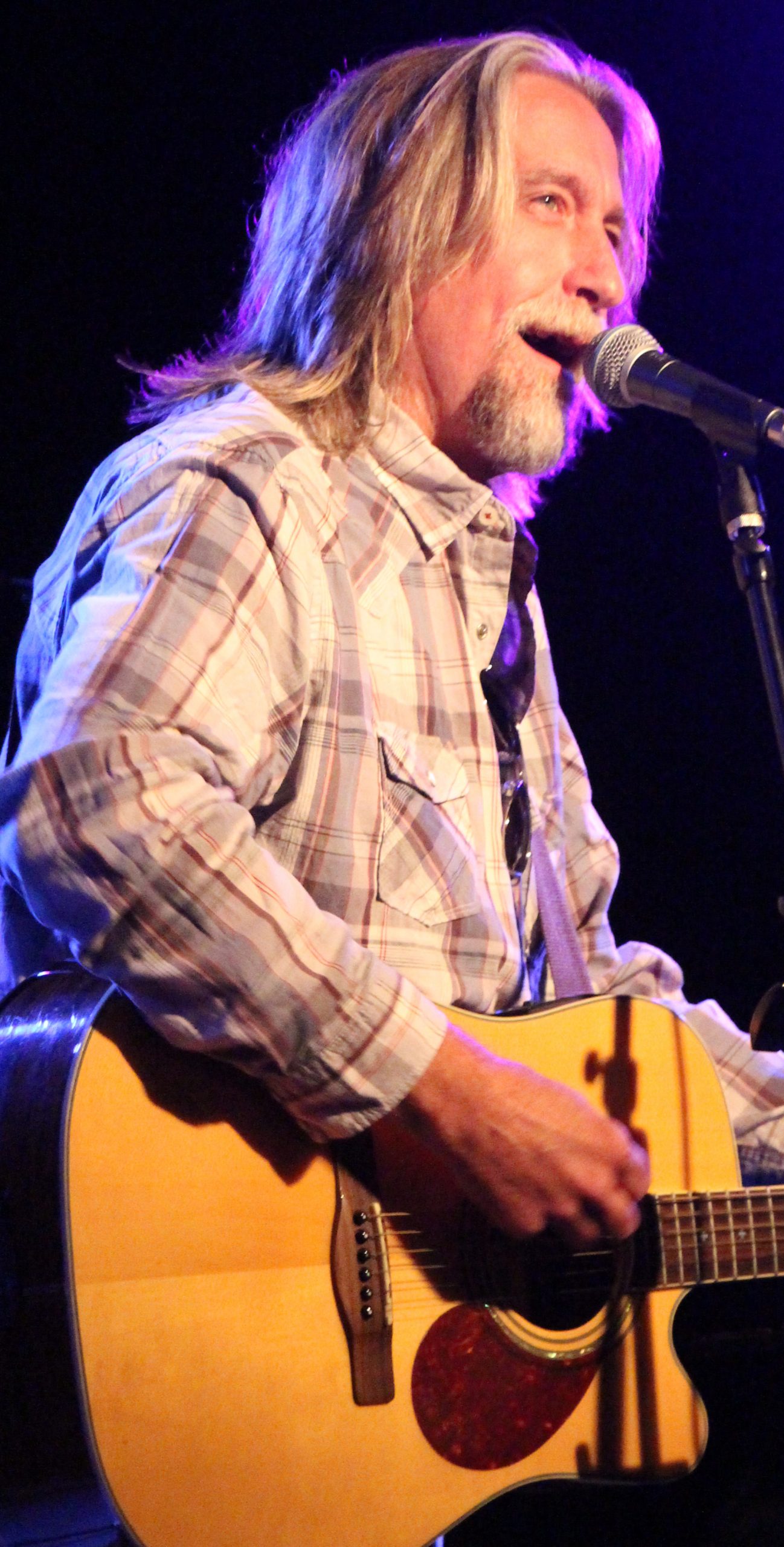 A couple of months back I was on the phone with a good old friend of mine. He’s not a professional musician but he’s a real good singer and he’s taught himself how to play the guitar over the years.

He’d been knuckling down on some online lessons and he was asking me about some sort of picking technique, bless his heart. I think the closest I came to giving him advice was to tell him to try it without finger picks.

You see, I’ve never been singled out as a hot guitar slinger, and that’s for good reason. So on the odd occasion when I’m asked for tips I don’t have many. I say something like “Just keep trying until it works for you — that’s all I do.” And I ain’t lying.

I feel the same about my singing. I gotta say that I’m really fond of the trophy I won in 2009 from the Buffalo Music Awards for being the “Top Original Male Vocalist.” Mainly because, if you’ve never heard my voice, let me explain that I never could have received such an honor were it not in the “original” category. Mine is not an instrument that lends itself to … well … let’s just say I’ve never been asked to be in a cover band. I’m a vocal stylist. Let’s leave it at that. Nobody ever asks me for singing lessons.

Well, then my friend asks me: How do you go about writing a song? 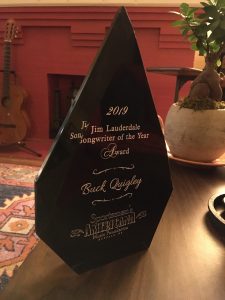 The SAM Foundation’s Jim Lauderdale songwriter of the year award for 2019.

Songwriting. This is something I should be able to bloviate upon. It is something I have been asked about in the past, and I do have some thoughts on the subject. Having written songs for over 40 years now (with VERY limited commercial success), I’m gonna say that it has never been easier for a songwriter to capture ideas than it is today, thanks to technology. So here goes, in no particular order, a few tips on writing a song.

So there it is, dear reader. Those are some of my songwriting tips. If you do it to amuse yourself, you’re bound to amuse others. Take that any way you want.

In the time since my friend asked me how I go about writing songs, he received — as a gift, not from me — a copy of the new self-help book by Jeff Tweedy of WILCO entitled “How To Write One Song.” Twenty-three bucks on their website. A New York Times Best Seller.

He hasn’t read it yet.