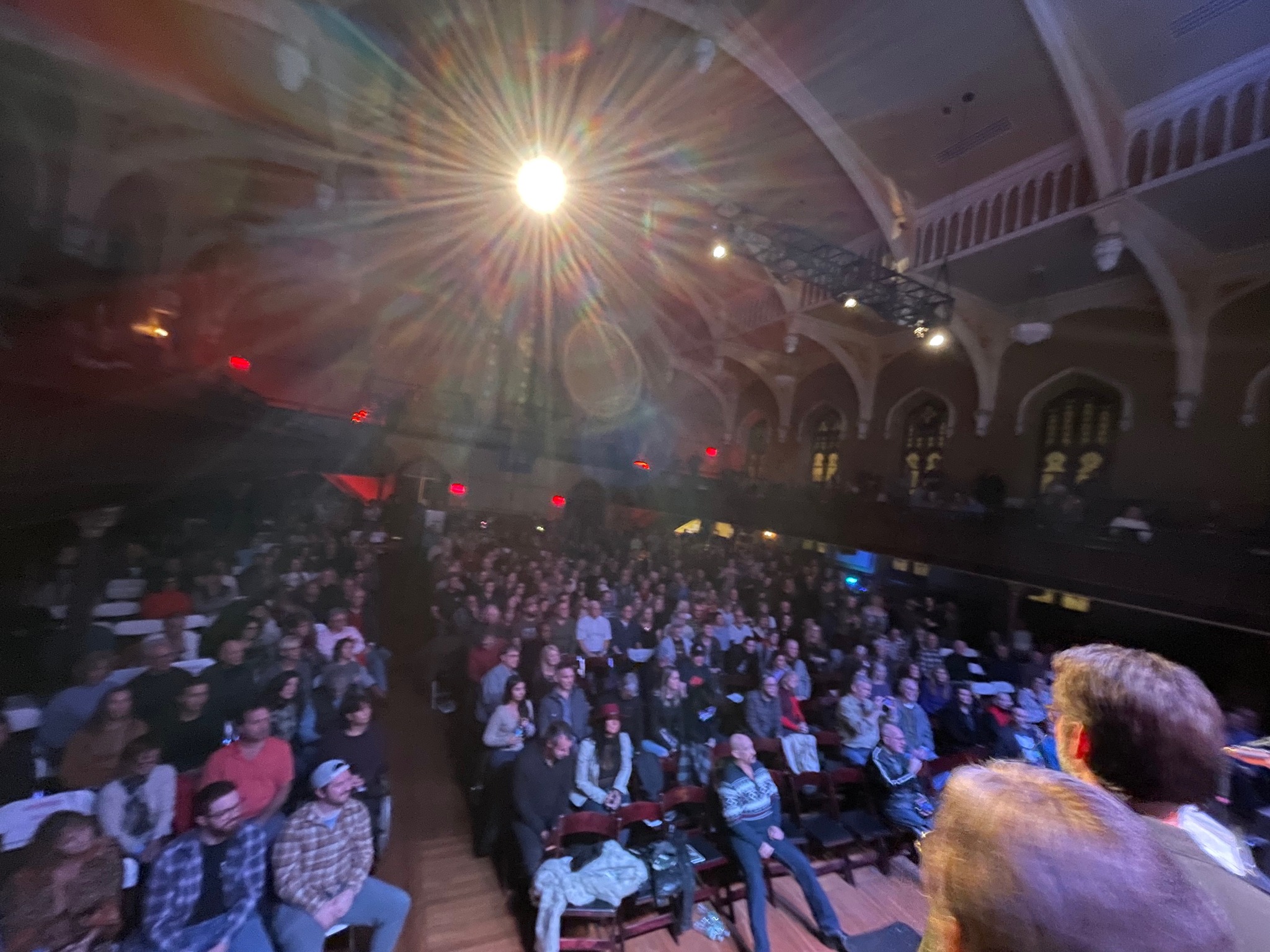 Last month I had the pleasure of chatting with Greg Hennessey for his “In the Flamingo Lounge” podcast. (See Elmer Ploetz’s piece on Greg’s podcast in this issue.) During the course of our conversation I found myself landing in regions of my memory that I thought had been washed away during the relentless flow of time.

I’m not a neuroscientist, and I don’t even pretend to be one on YouTube, but it is my personal experience that the onrushing river of years, months, weeks, days, hours and seconds has a way of eroding all the craggy twists in the brain until it’s worn as smooth as a baby’s butt. But then, astonishingly, an entire cache of memory suddenly opens up like a forgotten web page that had been buffering silently for years while you had other windows open.

The resulting info dump often carries outdated trivia that’s of no use to anyone anymore.  I’m talking about memories of ancient arts like how to dial a number on a rotary phone. Or even how to send a text message using the numbered keypad of a flip phone. These esoteric skills will likely never again be practiced by humans, and yet, they were common habits once.

But along with all the seemingly useless memories there are several that carry a lot of emotional weight. I’m talking in particular about memories of friends and loved ones who are no longer living. I seem to have reached a point in life where these souls continue to mingle in my thoughts right beside my recollections of those old friends who are still living — albeit halfway around the world now. In my thoughts, the living and the dead sometimes walk together.

Similarly, I have vivid memories of places that no longer exist. My elementary school was torn down and converted into a senior living center decades ago, but I can still remember having flag duty there. This is why I know how to fold a flag properly, though it is a skill I’ve never had to use since the age of 12. 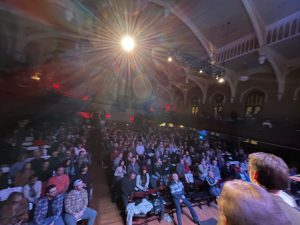 The view from the stage during the Last Waltz show. Photo by Buck Quigley

I think of music venues here in town, where I once played, that no longer exist. The Continental. The Little Harlem Hotel. Marshall’s. The Rendezvous. Broadway Joe’s. The River Rock. The Icon. The Tralf. The Pipe Dragon. The Cabaret. The Calumet. The Adventure Club. The Club Utica.

The list goes on and on. Each place opened its doors with high hopes. Each place, like any individual life, carried on for its allotted time before expiring. Some had longer runs than others. Each place had its own personality, characterized by its unique location, ownership and clientele.

On the day after Thanksgiving, past and present members of my band the Steam Donkeys celebrated our 31st anniversary at the Sportsmen’s Tavern. We’ve been having these parties for the last six years (minus 2020). I have to say that 31 just seems  like an impossibly large number. When I was in my 20s, I didn’t dream that I’d be in a band for three decades. In those fast-living days I wasn’t always convinced that I’d be alive for three decades, total. Let alone that I’d be in the same band for that long.

But now that all these years have come to pass I’m amazed at my good fortune. Grateful is too flimsy a word, really. I’ve seen how unfair fate can be. Over and over I’ve seen how life can be cruelly and painfully torn away from a person.

During the live production of The Last Waltz this past Sunday, we all observed a moment of silence in memory of Sara Rogers, who had joined the cast in November 2021 in the role of Joni Mitchell, only to have her young life cut short while riding her bike in the summer of 2022. The void this left in so many other people’s lives is painful to contemplate. She was only 29 years old.

So as this year draws to a close I’ve been doing more thinking about friends and loved ones who’ve gone before me. I’m sad to say it’s starting to become a pretty good-sized crowd. Invoking any one of their names during a quiet moment is enough to cause memories to begin stirring in my brain, like a baby about to be born. Then suddenly these characters are alive again in my thoughts. I have to say that I really do enjoy their company. 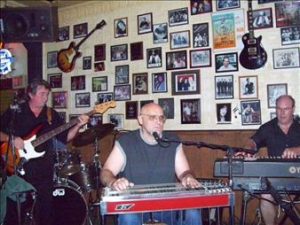 A photo of John ‘Mudbone’ Dieckman from the old configuration at the Sportsmen’s Tavern. Photo courtesy of https://www.legacy.com/us/obituaries/buffalonews/name/john-dieckman-obituary?id=29014839.

I’ll share that I happen to have my old bandmate John “Mudbone” Dieckman right here with me on my mind at the moment. A genuine gentle giant of a man, Mudbone was one of the best musicians I’ve ever played with and probably one of the funniest guys I’ve ever known. Many of you knew him from playing with Stone Country. He died unexpectedly in 2008, but he’s right here, insisting that I say “hi” to everybody reading this.

After our grief has passed, it’s we, the living, who are in charge of granting a sort of immortality to those who have gone before us by keeping their memory alive. We don’t have to conduct a fancy seance in order to communicate with them, either. I find that sitting alone and silently calling their name works just fine. Before long, we’re hanging out together again in some backwater of memory and imagination.

And that, friends, is the weird kind of stuff that makes life interesting.

Editor’s note: If you want to check out Rockabilly Greg’s podcast with Buck, you can listen to it here: