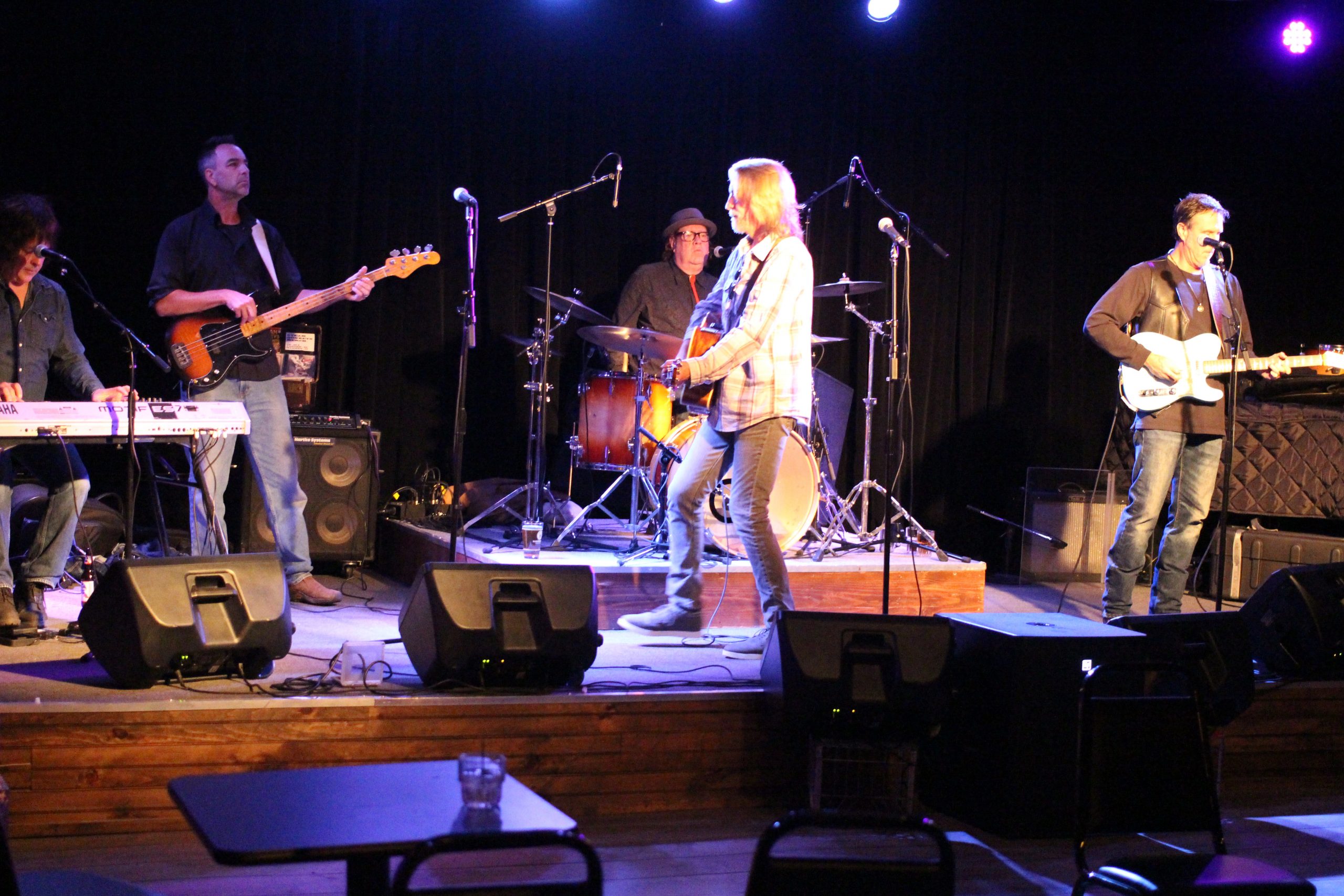 BUCKWORDS: Old bulls . . . how one band is coping with isolation

It was only a couple of weeks ago that I was standing next to JAM editor Elmer Ploetz in a crowded Sportsmen’s Tavern, enjoying a tribute to Buffalo keyboard great Stan Szelest. Elmer suggested I give this month’s column a sort of “April Fools’ Day” theme. At the time, that seemed like it could be a fun idea.

I did a very pedestrian amount of research on the history of April Fools’ Day, and it seems the holiday’s origins are difficult to pin down. Some point to 1582, when France switched from the Julian calendar to the Gregorian calendar. It seems some people didn’t get the word that the new year would henceforth start on January 1 instead of during the last week of March. Those poor fools were subsequently mocked. Back then, a hundred years after the fall of Constantinople, folks sure had a zany sense of humor.

In any case, the story idea really started falling flat as the days progressed. The idea of putting out a lighthearted piece on a holiday that’s dedicated to tricks and hoaxes quickly seemed impossible. Every day feels like April Fools’ Day now, but without the punchline. We have a president who, in the midst of a global pandemic, holds daily press conferences to advance screwball theories and hunches. How we all wish that in the midst of the craziness someone would stand up, shout “April Fools!” and we could all have a giggle or a groan and get back to normal.

Life is not working that way at the moment. You did not pick up this copy of the Journal of Americana Music on your way out of the Sportsmen’s Tavern or the Cave after seeing a great show. That’s because those music venues, along with every single one in the state, are closed. It’s also because no print versions of this newsletter are being published. The last thing we need to be doing is passing around a magazine.

So, with the April Fools’ idea out the window, Elmer suggested I write something up about my experiences being a musician and playing in the Steam Donkeys during these trying times. In order to do that, I should first try to paint the picture of what being in a band like the Steam Donkeys means. 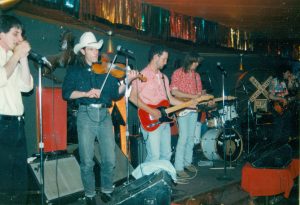 When a band has been around for 29 years, it no longer thinks like it did at the outset. There’s no longer that burning urge to grab for the brass ring. We’ve outgrown that. It’s like the joke about the young bull and the old bull. If you don’t know it, here it is, cleaned up for family reading: A young bull stands at the top of a hill beside an old bull, looking down at a wide field filled with beautiful cows. The young bull, displaying his bravado, says to the old bull “Hey, let’s run down this hill and make love to one of those cows!”

The old bull finishes chewing and swallows a mouthful of grass. He clears his throat and says “Why don’t we walk down and make love to them all?”

See, when a band reaches a certain level of maturity, it no longer feels in a rush about things. We’ve been satisfied these last several years to be putting out new albums full of new songs, playing our weekly Tuesday residency gig at Nietzsche’s and playing higher profile gigs as they come along. The days of bouncing around the country in a van, trying to build a name for ourselves, those days are behind us now.

We used to be that band, so I truly empathize with all the younger acts who are at that stage right now and must be feeling crushed by the reality of cancelled tour dates. When you are young, it is nearly impossible to accept the sad fact that life just isn’t fair. And you definitely don’t want an older person telling you that life isn’t fair. So I’ll just drop it.

But even though the Steam Donkeys have given up on our original plans for global domination, it still sucks, not being able to play together on a weekly basis. 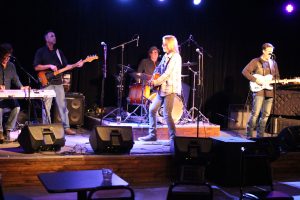 The Steam Donkeys at the Cave last fall.

When you are lucky enough to make it into your fifties, as we all have, you find that playing music together is one of the most satisfying aspects of your week. You get to catch up with what’s going on in everyone’s life. You can share your troubles, and you can share some laughs.

It’s therapeutic, and the happiest byproduct of the routine is that the music becomes very tight. Any musician who’s telling you the truth will say that there is a thrill and a sense of pride you feel when everyone is locked in and it feels like the music is just sort of playing itself. I know I speak for the rest of the band as well when I say that losing the weekly gig —for the time being — is a real drag.

When the bars were ordered to close, the guys and I started planning a rehearsal over at our drummer John Brady’s house — just to get together, hang out and play. Maybe we’d shoot a video on someone’s phone and post it on social media.

As the week progressed, and fears of the corona virus continued to mount, we tweaked that plan. It didn’t seem like a good idea to be indoors, cooped up together. So, we all agreed to meet at Delaware Park, near my house. Dan DeLano brought a battery-powered keyboard, John Weber used an acoustic bass, and Dave Kimball left all his pedals at home, showing up with an acoustic guitar. Brady carried a conga drum.

Old bulls all, we walked down the hill and set up under Ivy Bridge. The stone tunnel below the bridge has wonderful acoustics. The idea was to record one song. It’s a brand new one called “Earthlings.”

Just when we realized that propping up a phone on a guitar case wasn’t going to work, a lone walker approached the bridge. He recognized me and asked if I was in the Steam Donkeys. I told him “We are the Steam Donkeys!” He was excited to serve as our cameraman.

We played the song twice, packed up and hiked back up the hill. We stood by our cars and chatted for a bit, from several feet apart. We were only at the park for a total of about 45 minutes, if that.

Then, we all kind of looked at one another, not really sure when we’d be getting together again. With that, we said so long, take care, got in our cars and headed home, realizing that we’re all gonna be hitting some rough road ahead.

In the meantime, we’ve posted the video on the Steam Donkeys Facebook page. If the link works, you may even see it just below:

We’re looking forward to the day when we can play it for you in person.

(It should be noted that this was recorded before the more stringent restrictions on public gatherings were put in place).