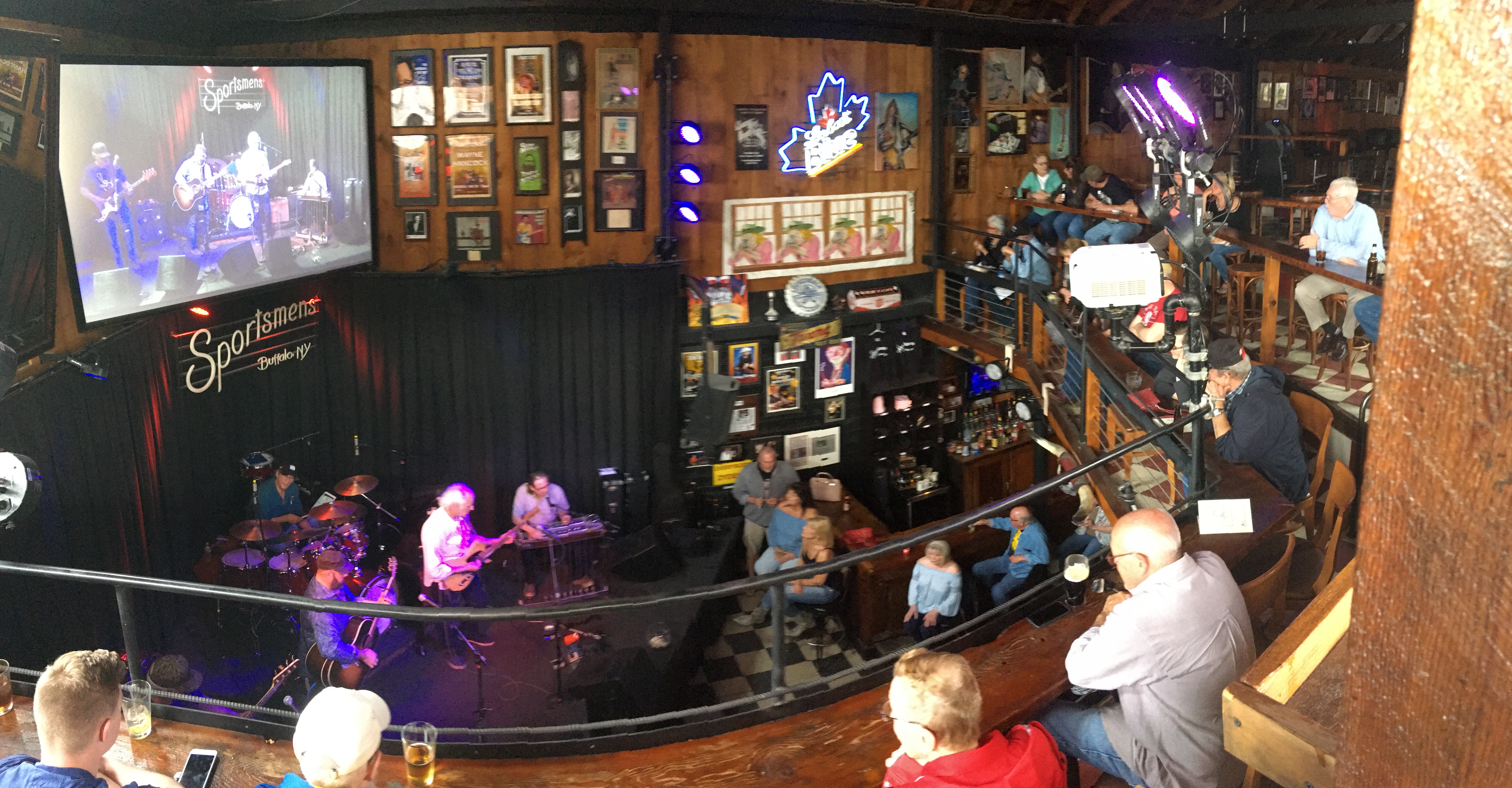 Buckwords: Noon is the new midnight 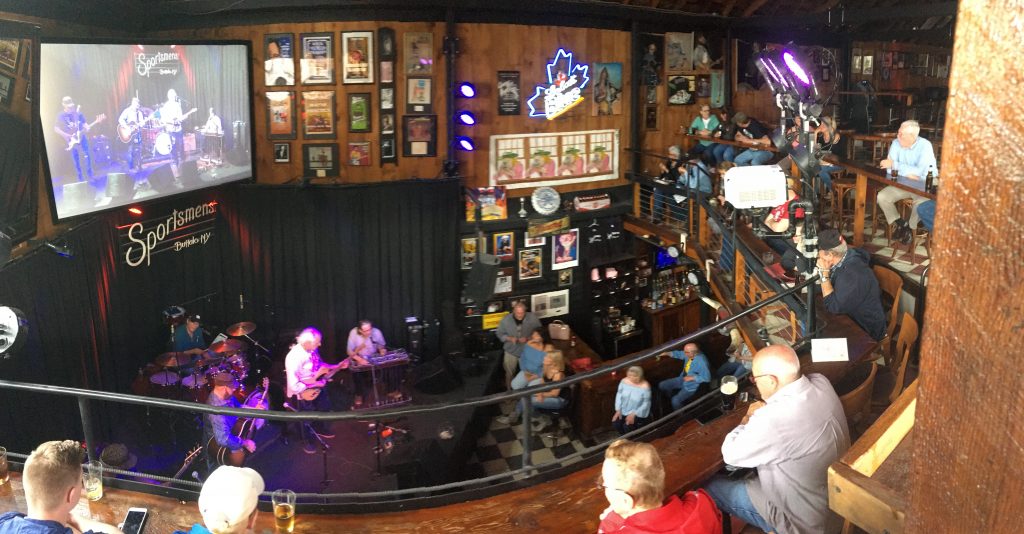 This time around I’m veering away from the interviews with noted local Americana personalities that I’ve been pleased to share over the last few months. Instead, this will be an account of what I did on my day off on Thursday, May 9. Exciting, huh? Well, dear reader, it went something like this …

In the morning I took a little time to listen to the final mixes of both recording projects my band the Steam Donkeys recently finished. It’s exciting to have another full-length record ready to go once we finalize the artwork.

On top of that, we recorded two more tracks at GCR Audio produced by Robby Takac of the Goo Goo Dolls and Music Is Art fame. That was a great pleasure, especially since the band had recorded its first two releases at the same studio over 25 years ago with Robby at the board.

This time we reminisced about 2-inch analog recording tape and all that older technology. Robby is such a fun, positive dude, and in many ways it felt just like the old days—except I’m quite sure we never talked about Buffalo real estate prices when we were hanging out 25 years ago. We’ll be releasing that stuff as a good old-fashioned single later this year. Maybe even on vinyl, we’ll see.

It got me thinking how much the music business has changed in the digital age, and how the intellectual property of songwriters has been devalued to such a point that it makes little sense to become an original artist today, because there are virtually no cents being paid out through streaming services. It’s like waking up to find you’re a typewriter salesman stuck in this day and age — kind of depressing. But hey, the new stuff we’ve recorded sounds great, and I can’t wait to get the music out there, come what may. 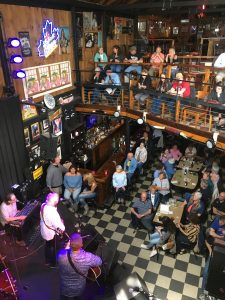 High Noon at the Sportsmen’s

These passing thoughts were not about to ruin my day off, mind you. As it approached noon, the temperature hit the 70s and people were out and about in shirtsleeves as I headed off to the Sportsmen’s Tavern for some lunchtime live music. I hadn’t made it out to one in quite a while, and I was looking forward to it because the lineup was featuring Dwane Hall on bass, Doug Yeomans on guitar, Jim Whitford on pedal steel, and Randy Bolam on drums. There really isn’t a better hard-core country combo in town.

When I arrived, every seat downstairs was filled and many folks were already up in the balcony seats. I chatted for a bit with soundman Tony Coniglio, whom I’ve known for ages and has some of the best ears in town. He asked if I’d ever heard the singer sitting in with the band, Elton Lammie. I hadn’t, but it was apparent even before I walked in that whoever was at the mic was tearing up Roger Miller’s “King of the Road.” I grabbed a beer at the bar and found a spot upstairs where I could enjoy the sunshine and look down at the band.

I thought about how much the venue had changed since the early days when the ceiling was low and the small stage was located by the side door, where the sound board is located today. Back then it was like almost any little corner bar, complete with pool table. Now, with its great sight lines and big screens displaying the performers live, it’s been transformed into the successful small concert venue that it is today.

The crowd this afternoon was enjoying lunch and maybe a beer or two, and they were every bit as enthusiastic as young people at an all-ages show. The difference being that the majority here were past retirement age. (Dwane even congratulated one patron on his recent retirement, to general applause.)

It made me think of all the young people who are really missing out by not digging a scene like this. Wouldn’t it be cool, I thought, if more younger folks took a day to blow off school or work to come here to experience this great honky tonk music played by masters … and maybe even get into some conversations with these fans who may be their grandparents’ age.

It’s a shame that in the age of Tinder, so many young people fail to understand that things like love, lust, sex, infidelity and heartbreak are not new phenomena, but, rather, timeless human predicaments. And these themes are supremely captured in the catalogue of old-school country music.

But, whatever. During the break, I chatted with Whitford and Yeomans about their new front man, among other things. It turns out Elton is a classically trained opera singer from not far across the border in Canada. And he can play every instrument in the band. His vocal range is huge and his country twang so convincing, you’d swear you’re listening to Johnny Cash one minute and Dwight Yoakam the next. He’s just a fabulous singer.

So much so that I probably would have turned down Dwane’s invitation to hop up and sing a couple with the band, were it not for the fact that I’d had a couple beers and I’m also an incorrigible ham. I dedicated Merle Haggard’s “Hungry Eyes” to all the mothers in the audience, for Mother’s Day.

When I went on to add that just about everybody in the house appeared to me to be a “mother” in one way or another, it did provoke a momentary gasp before they saw that the disrespectful long-haired hippie before them was practically in tears once he got to singing a heartbreaking song about “Mama.”

Real country music can be the bridge across any generational gap.