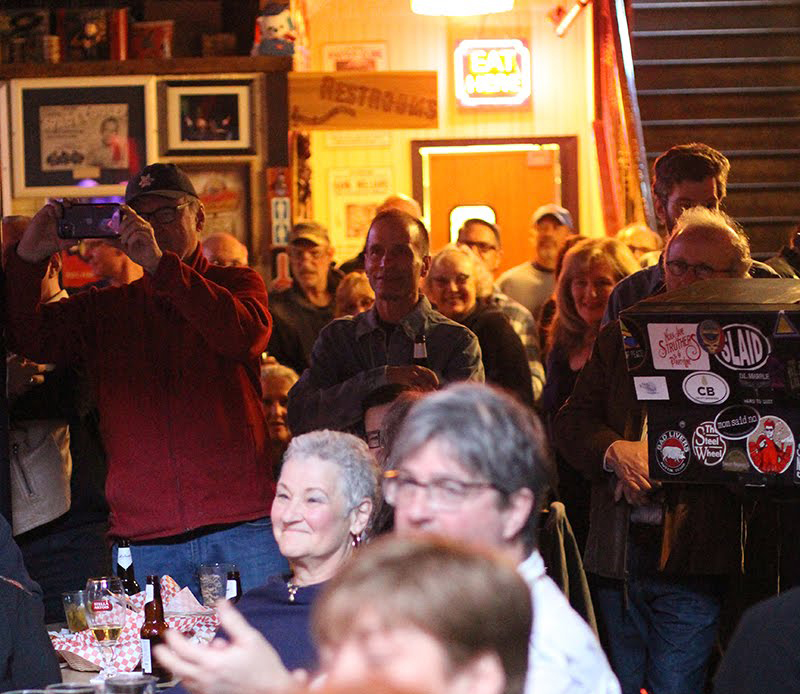 Buckwords: In Praise of Fans of Live Music

All over social media you can read posts from performers delivering special shout-outs to their longtime fans as well as to new listeners who’ve attended shows during the last two months. That pent-up need imposed by quarantine is slowly being filled, but the past year left a pretty deep void.

It’s a real love fest out there. As a performer, I’ve had so many special little conversations at gigs since mask bans have been lifted and venues have reopened. I really can’t get enough of seeing spontaneous smiles breaking across human faces. For me, I realize that’s been the biggest hardship associated with mask-wearing — missing out on seeing smiles.

There’s a special dynamic that exists between a performer and a fan that isn’t always recognized for what it is. The myth is that the performer is sort of this self-contained dynamo radiating energy through their performance, and the audience member is there to simply enjoy it, or not.

In fact, the energy of a live performance is generated first and foremost by the audience. It can’t be otherwise. Here’s why.

The first and most obvious reason is that without an audience, there is no live performance. There may be a rehearsal. I may sit on the top of a lonely mountain strumming a tune before the eyes and ears of all creation, but I won’t have moved another human soul.

I may have enjoyed myself, in the way it can be enjoyable to noodle around at home. But as for building a fan base that way, the birds and squirrels would be more into the bits of trail mix falling from my backpack. And I’d be well advised to pack up my gear and go home before the hungry mountain lion in the brush decides to rush the stage during the second set.

If a song is sung in the forest and no one is there to hear it, does it make a sound?

The view from the stage at the 2020 Szelest Fest.

No, the audience must come first. If you don’t believe me, look at it this way: Every performer you’ve ever seen — from the most famous star to the frightened soul clenching a mic for dear life at her first drunken karaoke night — was first and foremost a fan of live music.

Performers are often the most ardent fans of live music. A big part of any artist’s bio is going to include their influences. Everyone begins in the audience, and no one ever leaves it. That’s how the creative cycle perpetuates itself.

I’ve been spending a lot of time trying to be mindful and appreciative of this over the past two months. Each live show, no matter the size, feels more precious to me than ever before — whether I’m on the stage or off.

Over time, bands often get their own special followers. These might be other musicians or they might be environmental engineers. They might be cooks or lawyers, artists or dentists, waiters or IT specialists, cops or scofflaws. It doesn’t matter what they do. They return to shows time and again. They take the time to offer compliments afterward. Who tires of receiving encouragement? No performer who ever lived.

Fans like this can be instrumental to the momentum of a band. They hang with you through thick and thin. The Steam Donkeys have been blessed with an awful lot of these sorts of fans over the years. Sadly, we’ve also lost some along the way.

During the pandemic, we got news that two of our stalwart weekly fans passed away. Scotty Miller and Fred, who we hung out with at just about every Tuesday gig before lockdown. Last fall, I played another memorial tribute for Thelma Lee Ballard (aka “Bad Penny” or “Good Penny” or just “Penny”), who was a huge supporter of the band and a larger than life personality.

A couple of weeks ago, we played a memorial for Dale Metzger, who passed away suddenly, shortly before things opened back up. The last time I saw him we were chatting after one of our shows and he was telling me about the cancer treatment he was going through. He was all over it and had given up drinking during the treatment.

He asked me if I wanted a beer and I was about to leave so I declined and thanked him and said I was trying to “maintain” with a wink. He pointed at me with a nod and said, “That’s what it’s all about. Maintain!”

I was so looking forward to seeing him again. 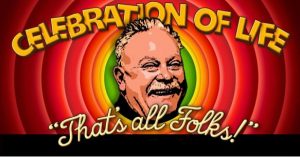 The image for the celebration of Dale Metzger’s life at Duende on July 11.

This is a special and possibly fragile time we are transitioning through. I hear reports from some places synonymous with live music, like Austin, that the Delta variant of COVID is rising at such a pace that clubs may be forced to re-evaluate soon. Perhaps mask up, or close doors again. Even performers and fans who’ve been vaccinated are coming down with the new version of the virus and going into quarantine. Meanwhile, unvaccinated people continue to risk spreading the virus as well as suffering harsher symptoms and possible death. It’s a shame it’s happening there.

And it’s a shame that as I write this the spread of the Delta variant is accelerating in Erie County. I hope that we realize that we’re all in this together, music fans.

If we’re not already, let’s just get vaccinated.

Thank you! Thank you very much! You’re beautiful! We love you! See you next time! Good night!