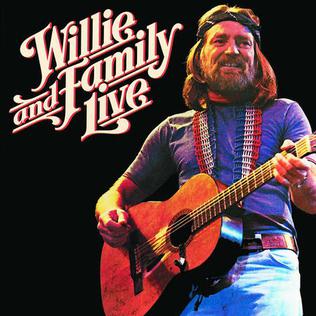 Buckwords: Americana, thy name is … Willie?

What is Americana? It’s a question recently posed to me by local music historian and SUNY Fredonia journalism Professor Elmer Ploetz.

Although there is some debate on the etymology of the term as it is applied to describe a musical genre, I’ll say that it came into official use on January 20, 1995, when former radio trade publication the Gavin Report put out the first Americana radio chart listings.

— all the sorts of stuff you see collected in some antique shops and featured on TV shows like “American Pickers.”

In this sense, a musical artist like Marty Stuart embodies both definitions of Americana when he takes the stage to play his music dressed in one of Porter Wagoner’s sequined Nudie suits or playing Clarence White’s B-string bender guitar. Aside from being an amazing musician, Stuart is probably the greatest collector of, and expert on, country music memorabilia.

But if you’d like to know what I really think, I’ll declare that Willie Nelson is the embodiment of Americana. My reasons are personal, and I’ll try to unfold them as best I can, relying on memory as well as present-day fact.

As a kid growing up in suburban Buffalo in the 1970s, one of the highlights of every summer was the trip down route 219 to the tiny Borough of Grampian, Pa. The 2010 census put its population at 356, but I think that might be a stretch. It’s the place where both of my parents were born, and the place we would go to visit my grandparents and aunt and uncle who lived about 15 miles away in Clearfield, the county seat and home of the Clearfield County Fair.

Think of the Clearfield County Fair as a smaller version of the Erie County Fair. In the ‘70s and early ‘80s there were the usual rides and a long midway filled with freak shows featuring sword-swallowers, contortionists, bearded ladies, and motorcycle daredevils who rode their roaring bikes on the walls of a black, cylindrical pit with death beckoning only inches away through a thick aroma of popcorn, cotton candy and gasoline.

There was also a cinder racetrack with a large grandstand, and a slate of entertainment every year—for which my Aunt Lizabee would always buy me tickets. Over the years I saw some amazing performers there. I saw Bob Hope, who took the stage casually swinging a putter and closed with a teary-eyed version of “Thanks For the Memory,” his signature tune from something like 1939.

I saw Loretta Lynn there the year Sissy Spacek won an Oscar for her portrayal of the singer in the film “Coal Miner’s Daughter.” Talk about an audience custom-made to adore a performer! Everyone in the crowd either worked in the coal industry or knew several people who did. When Loretta belted out the final triumphant chorus of the title song, the response was deafening. I could imagine those cheers echoing up and down those dark hills and all along the Susquehanna River valley for miles.

I was a junior in High School the summer I drove down to see Willie Nelson and Family perform at the Clearfield County Fair. By this time, I’d been attending all kinds of shows and concerts at the Aud, Shea’s Buffalo, Melody Fair, Kleinhan’s Music Hall, and the old Convention Center in Niagara Falls among other places. I saw a lot of the bands you would now lump into the category of “classic rock.” I also saw a number of blues greats like Muddy Waters, B.B. King and Bobby “Blue” Bland. I was also digging punk rock. 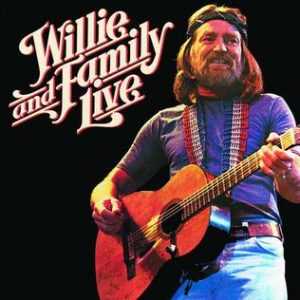 I hadn’t seen any major country acts live, aside from the aforementioned Loretta Lynn, although I’d always enjoyed watching “Hee Haw” on TV — for the great musical acts, the silly corn-pone humor and, of course, the gorgeous women inexplicably lazing around barefoot in hot pants and calico halter tops. But overall, as a teenager, country music seemed so conservative and square that it simply bored me.

That all changed the night I saw Willie Nelson perform in Clearfield. He would have been about 49 years old at this time. I was not prepared for the level of energy and passion that he and the band brought to that stage. Improbable as it sounds, the performance reminded me of a Ramones show. There was no banter with the audience. No sentimental or maudlin stories about life’s struggles, as Loretta Lynn had sprinkled in throughout her performance.

The band was so tight they simply segued from one song into the next. Or, Willie would inject a quick “thank you” before counting straight in to the next number. It became over two hours of relentless musical joy, whether they were bouncing through “Stay a Little Longer” or settling into the luxurious blues of “Nightlife.” They had more gears than a semi 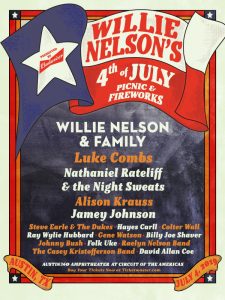 -truck, and they blew through them all without grinding a bit. Zero glitz. Willie’s sister Bobbie melted everybody’s heart on the piano, as she still does today. Their sound and vibe was totally unique, and, for me, completely irresistible.

I left that show a fan for life. I started buying Nelson’s records and reading about his life. I loved the fact that his oddball style of singing had labeled him unmarketable in 1960s Nashville. But rather than accepting this rejection and quitting music, he instead took some time, regrouped to Texas and began cultivating a whole new breed of followers.

In the years after the turbulent ‘60s and the Vietnam War you suddenly found short-haired kickers in straw cowboy hats drinking Lone Star beer right next to long-haired hippies in tie-dyes smoking joints any time Willie Nelson was playing. This made him a cultural icon as well as a musical one. He was bringing divergent people together.

Flash forward to my favorite Willie Nelson story. It’s very early 2001. Over twenty years have passed since I first saw him play. I’m a new father. George W. Bush has just been sworn in as president. I have a side-gig stringing concert reviews for the Buffalo News, and I get the assignment to write about Willie’s show at Shea’s Performing Arts Center.

I call up Al Moss, the Americana radio promoter who’d always helped my band the Steam Donkeys. As it happened, Al was working Willie’s then-current release “Rainbow Connection.” Al placed a call, and just like that Willie’s manager would be expecting me after the show.

One thing that had changed in the 20 years since I’d first seen Willie was the level of adulation the crowd showed him. At 68, he was increasingly being recognized as the national treasure that he is, and his entrance onto the stage instigated a long, standing ovation. He soaked it in, and reflected that love back.

Afterward, my wife and I waited at the end of the meet and greet line by the tour bus. John Weber, who had also gone to the show, met us in line. Sure enough, once the last fan had been given an autograph, Willie’s manager welc 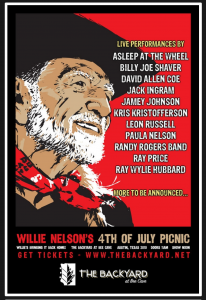 omed the three of us aboard. I shook Willie’s hand and exchanged pleasantries while he sort of pulled me out of the way so he could move on to my wife in order to draw her in and give her a kiss. (This is still her favorite part of the story.)

I was invited to sit directly across from Willie at the breakfast nook table on the bus. His manager casually handed him a lighter and a joint about the size of a Sharpie marker.

If you ever find yourself in this position, you’ll surely notice his dark and intense gaze. As he took a few puffs and the smoke swirled up toward the ceiling, I complimented him on the show and explained I’d been a fan for a long time. He smiled and thanked me. Then he took a long drag and offered the joint to me while staring intently into my eyes. I thanked him, took it, sucked in a big hit and opened my little notebook. I read the first banal question I’d prepared.

“Our new president is from your home state of Texas. Do you have any thoughts on George W. Bush?” This was before 9/11.

He thought for a moment and replied, “Well, he’s got a very difficult job to do, and I hope he’s able to do it.”
I didn’t have a tape recorder, so I took another puff and scribbled down his reply in my notes. When I finished, I looked back up and noticed his piercing dark eyes darting back and forth between my eyes and the incredible doobie I casually held in my fingers.

It’s entirely true. I was baked on his private stash, and immediately aware that I was, in fact, Bogarting Willie Nelson’s joint!

I offered it back, but he just grinned and insisted I pass it around. The big impromptu interview I imagined went up in smoke as smiles, laughter and small talk took over. I’ve had the opportunity to meet some celebrities over the years, but never one as funny, charming and cool as Willie.

To circle all the way back to Elmer’s question—what is Americana? I will offer this: At 86, Willie Nelson has released yet another album, continues to tour, and is now a hero of the pro-cannabis movement. He is a renegade and a legend. Musical genres like “Outlaw Country” were created specifically to keep up with HIM. In many ways, he has outgrown classification, but his character and his music have now become a part of that broader definition of what we call Americana.