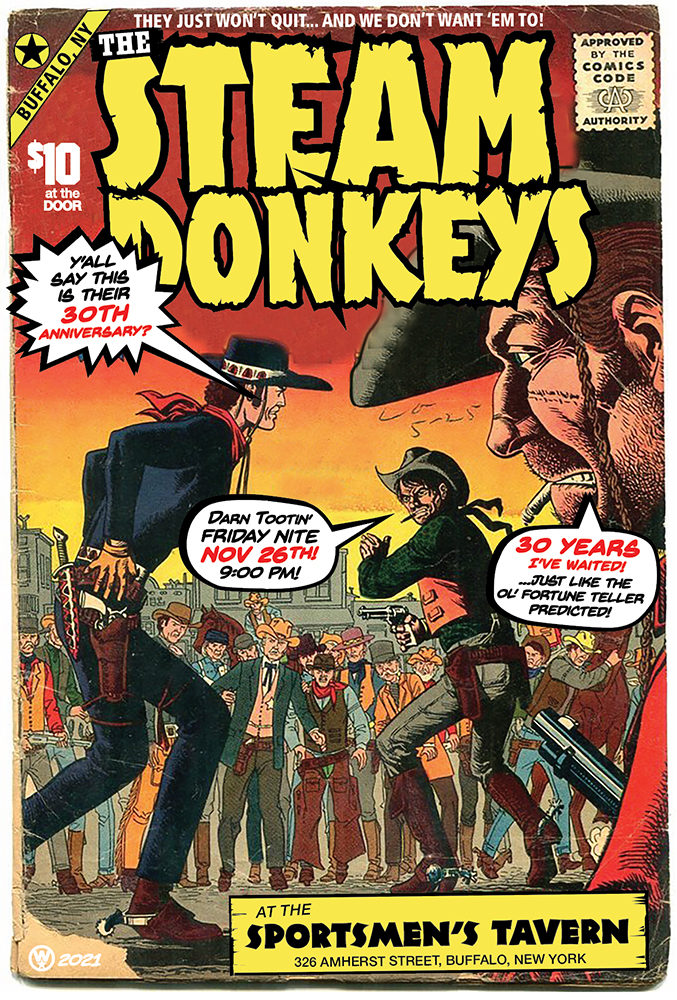 Buckwords: A waltz and a reunion

After skipping a year due to Covid 19, the Sportsmen’s Americana Music Foundation is once again presenting its live recreation of the Band’s famous concert film “The Last Waltz” at Babeville on Friday, Nov. 19, at 8p.m.

Since its first sold out performance in 2017, “The Last Waltz Live” has become a seasonal favorite in town, featuring many of the best local performers in the roles of the musicians and counterculture icons featured in the movie. You can read about what’s new in this year’s version in Buffalo Bob Sez, but among them, constituting a spot-on version of the Band, are Doug Yeomans as Robbie Robertson, Pete Holguin as Levon Helm, Jim Whitford as Rick Danko, Ron Davis as Garth Hudson, and featuring Jim Beishline as Richard Manuel.

They not only nail all the Band’s originals, but they are the solid background on which all the other performers lay down their individual tributes to all the musical guest stars featured in the film.

It’s been a privilege to turn in my version of Ronnie “The Hawk” Hawkins near the start of the show since the beginning. That slot has also given me the opportunity to sit back and enjoy all the talent here in town among some of the coolest audiences anywhere.

It’s always a special night, and proceeds benefit the Sportsmen’s Americana Music Foundation. At press time, this year’s production is very nearly sold out, so you’ll really have to rush if you want a ticket!

Be sure to bring proof of vaccination or recent negative Covid test result for admission. 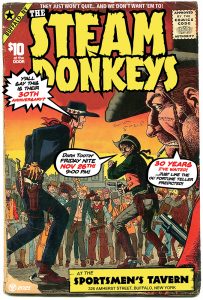 I’m also deciding to further abuse the privilege this column provides me by drawing your attention to another notable event taking place at the Sportsmen’s Tavern on the Friday after Thanksgiving: The Steam Donkeys’ 30th Anniversary Show!

Our 29th anniversary party was another casualty of 2020, but we’re excited to be going ahead with things this year. That decision left us with a defining choice—do we go on self-identifying as 29 years old indefinitely, as many people do? Or do we flaunt it?

We’ll be flaunting it with a few hours’ worth of the original music we’ve cooked up over all this time. Plus the promise of memorable stories and the likelihood of seeing a bunch of cool people you haven’t seen in years (or decades). I mean, that should tie it up in a nice bow for ya.

“This Buffalo-based band was formed the same year as the first Gulf War, the fall of the USSR and the premiere of the Ren & Stimpy Show.”

“Who are the Steam Donkeys?”

You are correct! Let the awesome weight of that statement sink in! The historical significance of this anniversary event cannot be overstated, no matter how hard I try!

We’re pleased to present this year’s poster for the event, again designed by Mark Wisz of Otherwisz Creative. Each one is suitable for framing and will be available along with other sundry merchandise to suit all your Black Friday needs.