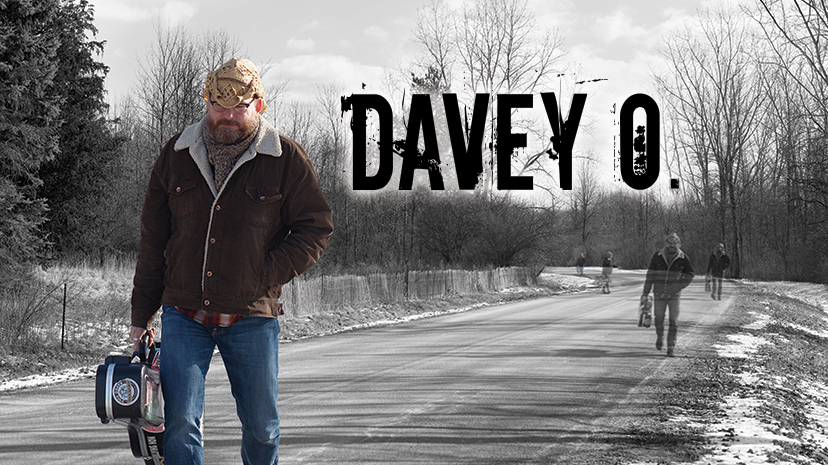 Buckwords: A Conversation with Davey O

This month I was able to catch up with locally-based singer/songwriter Davey O, who combines his skill as a tunesmith with a tireless work ethic—which goes a long way to explain how he’s built a dedicated fan base at home and around the country. Read on about this troubadour in his own words…

BQ: What sparked your interest in music? What was the first instrument you played?

DO: When I was growing up, we had music on in the house quite a bit. My dad had a portable AM/FM radio that he kept on top of the refrigerator that he’d listen to his favorite music on – which being of Polish heritage was mostly polka music – and Danny Neaverth was always a staple in the morning. My three older siblings had tons of 45s and LPs, ranging from Motown and Top 40 singles. Basically, all of the music of the ‘60s and ‘70s that is now considered oldies and classic rock was being consumed by my young ears.

Looking back, it’s cool that an album like “Tapestry” was something I could enjoy at that young age. Weekend evenings were spent watching the variety shows that were on TV at the time, so seeing Jim Croce or Harry Chapin performing their songs in a simple guitar/vocal arrangement fascinated me. Perhaps that planted the singer-songwriter seed early on.

However, I wanted to play the drums in the worst way when I was a kid, going through the whole “banging on pots and pans” routine. Every Christmas, I begged my parents to buy me the snare drum kit from the Brand Names catalog, but my Mom always shot it down citing that drums were “too noisy.” 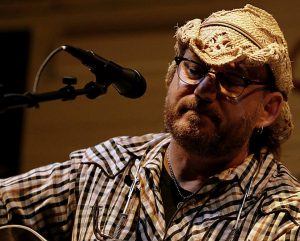 While I was attending Catholic grade school, one of my classmates played acoustic guitar in the church folk group, and I saw the attention he received when he’d bring his guitar to class and play songs. He had also had an electric guitar and amp, so he told me if I got an electric bass, he’d teach me some songs and we’d start a band. When I was 13 years old, my guitar-playing brother-in-law surprised me with an inexpensive short-scale electric bass and signed me up for lessons, but that band never materialized.

After going through the teenage phase of jamming with friends in my neighborhood, I eventually attended Villa Maria College, studying electric bass and music theory with Jim Kurzdorfer, which provided an incredibly solid foundation for my life in music.

BQ: You’re known as a solo singer/songwriter. How did you come to choose that path?

DO: After graduating from Villa, I played bass in several bands from my early 20s into my mid 30s, including some that were quite successful such as Babyblue, a band I played in with Dan Delano, your keyboardist in the Steam Donkeys. We signed a development deal with the Epic/CBS Records, and after that I did a brief stint playing bass for a Toronto based band called Big House that had a deal with RCA Records. 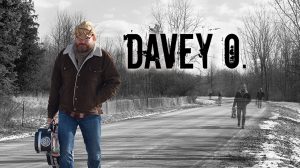 Most of the bands I played in were hard rock bands, trying to stay on top of the current trends in music and get signed. I also played in a few Top 40 and cover bands as well.

Somewhere around the age of 35, I grew tired of being in a band with three or four other people, with no common musical direction. My musical tastes expanded as well. I discovered bands like Blue Rodeo, the Jayhawks, Wilco, Uncle Tupelo, Son Volt, solo songwriters such as Patty Griffin, John Hiatt, Ryan Adams and Gillian Welch. That amalgam of folk, singer-songwriter, blues, rock, bluegrass – what often gets referred to as “Americana” – really appealed to my musical sensibilities.

As much as I had developed my chops as a bassist, being a songwriter became less about impressing people with stellar musicianship, and more about the development of a craft, of becoming a wordsmith and storyteller.

In terms of travel, being a solo artist is much easier to manage from a logistical standpoint, with a much lower overhead. But it’s also very challenging to get up on a stage with no band to back you up. It’s just you, the songs, the audience, and the hope that a connection is made. When it all goes well, it’s an incredibly rewarding experience. Getting paid to do it is simply a benefit. 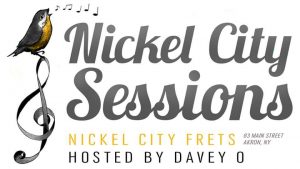 BQ: Tell us about the songwriting series in Akron. How did it come about?

DO: Nickel City Sessions came about after performing a show at Mark Buell’s storefront venue, Nickel City Frets, located in Akron. After the show, he mentioned his desire to offer regular forms of programming other than an occasional stand-alone concert.

I had long wanted to find a place to develop a residency, so I offered up the idea of hosting a monthly “songwriters in the round” series. When I think of Buffalo’s music scene, I think of it as band-oriented, blues, classic rock and tribute friendly. You have to go to Rochester to find roots/folk radio programming.

And while Buffalo has a wealth of singer-songwriter talent, there’s very little in the way of a true listening room environment where the audience turns off their phones and sits quietly – hanging on every word and note. There’s PeopleArt, Buffalo Friends of Folk, The Ninth Ward, and that’s about it.

Those of us who perform original music locally in a solo acoustic format often do so in coffeehouses for tips, while college students sit studying on their laptop with earbuds inserted. We supplement that by playing covers in noisy bars and restaurants. It pays the bills, no doubt. But in order to maintain a somewhat regular schedule of intimate, original music shows, one has to look outside of the area and tour.

This series is focused on bringing many of the artists who do what I do – whether they’re local, regional or national artists – known or unknown – to the Buffalo area, providing a room where they can perform their songs in that “pin drop” quiet environment.

We’re providing a service by building an audience for them, and hoping the audience is making new discoveries. We’re into season three, and it seems like the needle is continually pointing up not only in attendance, but in the quality of the artists we have reaching out to perform at the series. 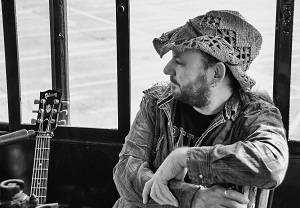 BQ: Can you tell us a little about your recent trip down south?

DO: Yes. In November 2019, I received an offer to perform at the 2020 South Florida Folk Festival, which required me to connect the dots with a series of tour dates to route my way down. I don’t like to travel between mid-November and March, but you don’t turn down this kind of opportunity.

Luckily, we didn’t run into anything more than a snow flurry and some rain showers. Overall, it was a wonderfully exhausting experience, I was able to spend time with my sister, Ann, and her family when I played in Savannah, Ga., reconnect with a few friends and contemporaries at the festival, and it was an honor to be included on a bill with respected folk artists such as Vance Gilbert, Tom Prasada-Rao, Jack Williams, the Rowan Brothers and Veronika Jackson.

BQ: You organize and play a benefit every year for the Food Bank. What are your feelings about benefit shows like that one?

DO: For the past five years, I’ve organized a benefit at The Ninth Ward for the Food Bank of WNY (now FeedMore WNY) called “Davey O & Friends,” featuring brief sets by myself and two other local artists. Over the past few years, the event has expanded from simply being a concert into one that includes a basket raffle and 50/50 draw, allowing us to generate greater revenue for the cause.

We live in a country that has so much bounty, yet wastes so much. One with a large income disparity. I’m not well off, but I have enough to be able to give back. Donating your time to a cause is just as important as a financial contribution. I firmly believe in the idea that if you have more than others, build a bigger table. To be of service to others. This benefit allows me to do that.

Learn more about Davey O. and keep up with his adventures by visiting www.daveyo.com and www.facebook.com/daveyosongwriter/.