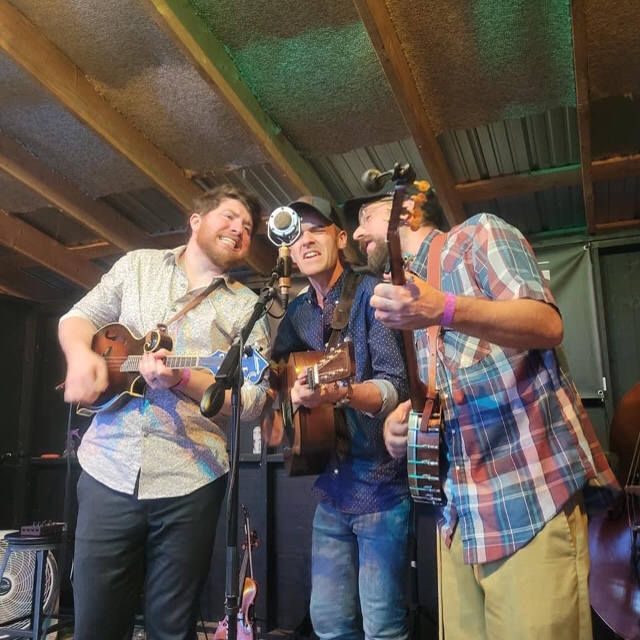 Well, here in Hamburg the geese are flying in formations already following the lake Erie shoreline in a southerly direction. Our evening gazebo gigs are starting earlier and ending earlier because the sun is setting earlier, too. It’s been a great summer for bluegrass!

Here are some highlights:

The Lonesome River Band came to town and demonstrated to us all how five experienced members of a band can play with masterful dynamic control according to what they are hearing from each other.

The mandolin player, Adam Miller, and guitar player, Jesse Smathers, led the vocals while the fiddle echoed back complementary melodic phrases to the words and melody of the singers.

Mike Hartgrove is their fiddler. He used to come to Buffalo as the fiddler for the Bluegrass Cardinals. The leader of the Lonesome River Band is Sammy Shelor. His banjo technique, along with the heavy and flawless beat of their bass player, Kameron Keller, provided the perfect rhythmic foundation for him and the other members to seamlessly construct the ever-changing fabric of a great bluegrass band.

The sell-out crowd at the West Falls Center for the Arts obviously understood and appreciated the amazing show that they were seeing, but the biggest thrill for me was seeing the look in the eyes of the young members of the bluegrass youth band that I direct. The BBYE (Buffalo Bluegrass Youth Ensemble) played a 25-minute warm-up set for the LRB. 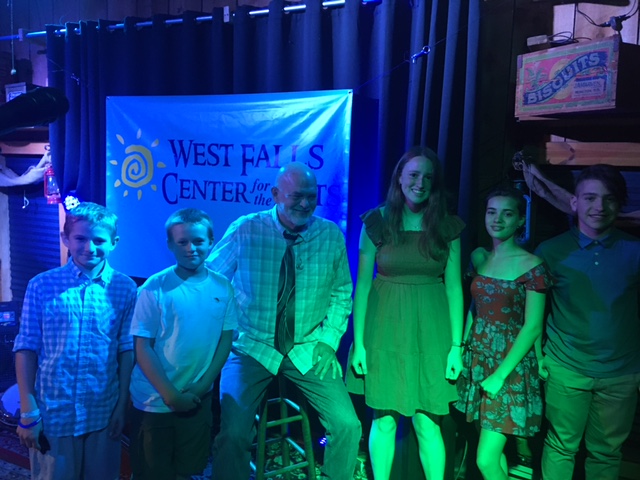 They did great and had a very enthusiastic reaction from those in attendance. Then they sat down up close and watched the power and precision of these master players. All the teaching in the world cannot take the place of live, up-close, real high-quality concerts. As a director of the BBYE, I’d like to publically thank Bill and Carolyn of the Arts Center and Joe and Sheila Cosmano, whose wedding was the catalyst for all that followed. 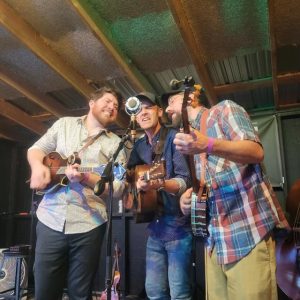 The Brothers Blue in Mayville.

Years ago, Bill Ward and the people of Mayville would put on a one-day bluegrass festival right on the shores of Lake Chautauqua. People like Tony Rice, Vassar Clemens and Chris Hillman could be seen at this festival.

Then that stopped, but now Bill Ward and Big Inlet Brewery have started the new Mayville bluegrass festivals.

The lineup now is mostly local and regional bluegrass groups. The venue is just as charming, but different. No longer on the lake, it is in a beautiful grove behind Big Inlet Brewery, which is just to the west of Chautauqua Lake, but still very close. The beer at the brewery is very good, the stage is really nice, people are in shaded areas with picnic tables and there are food trucks.

The afternoon was beautiful. The crowd kept on swelling through the day, but never got uncomfortable. There was a lot of very positive feedback from those who attended. 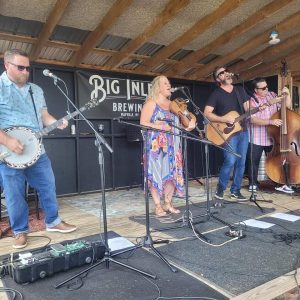 The Rearview Ramblers in Mayville.

The Rear View Ramblers put together an outstanding set of traditional and original Bluegrass and added some cover tunes that really went over great, including a song by the Cranberries, “Linger.”

Already there is planning for next year‘s festival, which will happen on Aug. 19. It turned out to be a nice drive for a Saturday afternoon from Buffalo to enjoy the local and regional bluegrass. My fingers are crossed for next year’s festival to become a two-day event with camping on the grounds of the brewery. 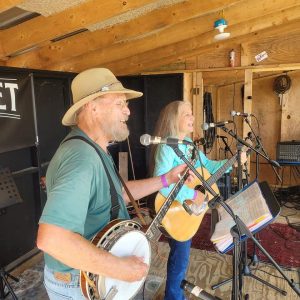 In 1973 I was 15 years old, a counselor in training at a Boy Scout Camp, and just starting out playing the banjo. That summer I met two great young counselors at Camp Schoellkopf Boy Scout Camp. Both were also starting out playing the banjo and were already experienced public school teachers. Tim Shannon and Pete Miranda both treated me like an equal as a young counselor and young banjo player, which meant a lot to a kid trying to fit in a world separate from parents and family. We enjoyed jamming that summer mostly on the Ecology Cabin porch.

Tim became a teacher, an administrator and author and continues to enrich his life with music to this day! 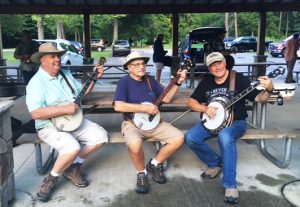 Pete taught in the Hamburg School System and in 1975 started teaching banjo at the Howie Everett music store and later the Hamburg Music Center. He also began to teach night school, giving people the skills needed to sing and play banjo, mandolin, guitar and ukulele in real-life bluegrass jam sessions.

These night classes continued long after the music store closed and even after he retired from public school teaching. This class later became his “Folk Music Jamboree Class,” which he still teaches today. Hundreds of students learned from Dr. Pete (he did receive a doctorate of education during his career). He wrote two banjo instruction books and was featured on the cover of Banjo Newsletter, a national magazine/resource on all styles of banjo.

He was also a founder of a very successful bluegrass band, Sunset Bluegrass Band. They performed at many summer events and were the Artists in Residence for many years in Allegheny State Park. He once told me how this combined two of his passions, nature and music! 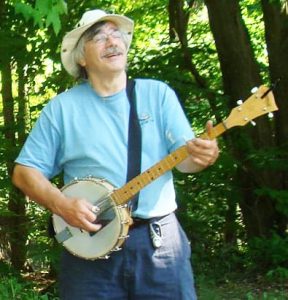 Pete, who is a lifelong teacher, also knows that means you remain a lifelong learner, and just before COVID he made the trip with me to the Augusta Heritage Bluegrass Week in Elkins, W.Va., to study with another great banjo teacher, Greg Cahill from Chicago. Our conversations and picking opportunities on those trips were great times defining old friends to me.

Dr. Pete is not done by any means. He is teaching a young generation of pickers still in 2022 and beyond and spends more time playing with the talented musicians in the Buffalo Banjo Band.

Much of my life as a banjo player and teacher I credit to my friend Pete.

It’s not unusual for bluegrass music fans to arrive at a bluegrass festival and then 10 minutes later be playing with other musicians and experience a full band sound with total strangers. This is what draws so many of us to this style.

Have a great start of fall in Western New York and keep on picking.