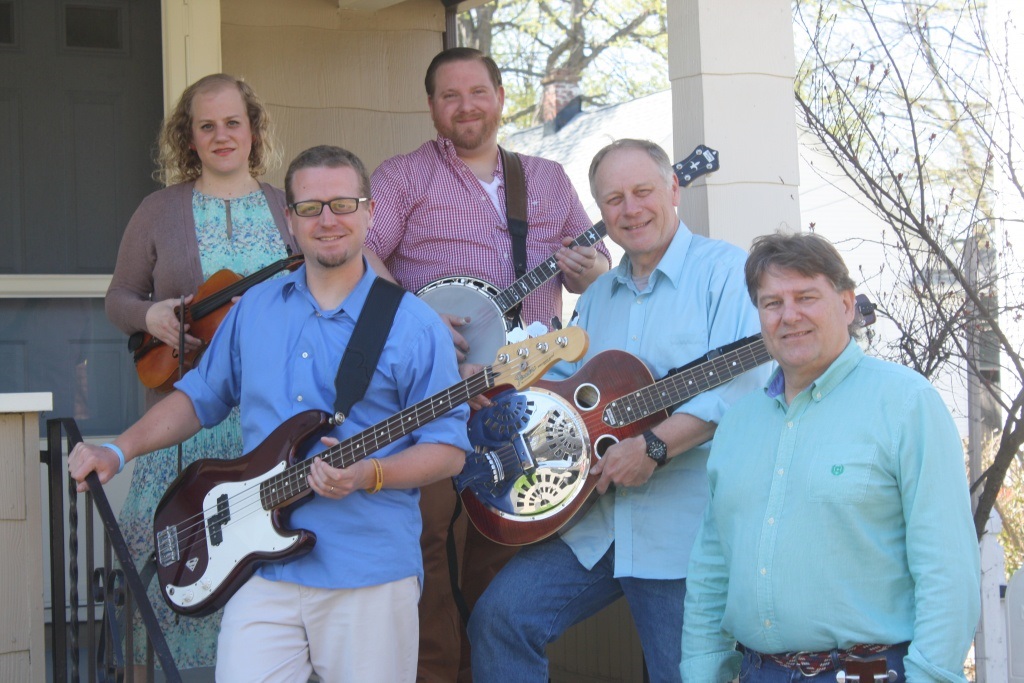 It’s been a great summer of live music and friends getting together. The nights are getting colder and the sun sets earlier every night. The fall has always been a season of harvest parties and majestic beauty not made by man. One of my favorite high and lonesome songs is “When Those Golden Leaves Begin to Fall”

Here it is by Only Lonesome from Washington, D.C.

Bluegrass is an organic music that is passed down form player to player and generation to generation through listening and watching. People all over the United States go to jam sessions and jamming classes to learn to play it “by ear.” That doesn’t mean that they go to learn how to improvise. The highest quality players and singers listen to the masters and try to learn their solos and make their voices sound like their heroes.

In the greater Buffalo area, string students in grades 5 through 12 can get together with kids their own age and experienced bluegrass musicians and learn bluegrass songs and solos. The Buffalo Bluegrass Youth Ensemble is a club that I run along with other experienced bluegrass players for young adults to learn to play bluegrass on violin, viola, cello, bass, acoustic guitar, mandolin and banjo. 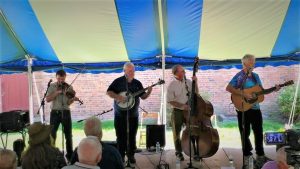 We meet every first and third Monday of the month, October though July, from 6:30 to 8 p.m. at Wayside Presbyterian Church on the corner of Route 5 and Amsdell Road in Hamburg. The club is totally free and open to any kids who have some experience playing those instruments from private lessons or school lessons. Details and videos of the group in performance mode can be seen on www.BuffaloBluegrass.com on the Youth Ensemble page. If you know of a kid that this might interest, please pass on the website.

This September, the Buffalo Bluegrass All-Stars will be appearing three times at the Sportsmen’s Tavern for lunchtime entertainment. Besides playing the first and third Thursdays of the month from noon to a little after 2 p.m., the group is adding the second Thursday, Sep. 9, to its lunch performances. The group, Doug Yeomans on guitar, Sally Schaefer on fiddle, Rich Schaefer on bass and Mark Panfil on banjo and dobro, are excited to bring a summer’s worth of new and old material to the Sportsmen’s Tavern.

Two other events of note are happening in September of 2021. The first is the national Bluegrass music convention and fan fest in Raleigh, N.C. The convention features many workshops on everything from booking better gigs to playing Bluegrass overseas and that takes place Tuesday, Sept. 28, to Friday, Oct. 1. The fan fest is a free street festival that features the very best names in Bluegrass music taking place on the next two days, Friday and Saturday Oct. 1 and 2. 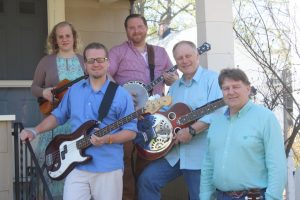 The second event is a local bluegrass concert that is part of one of the largest arts and crafts festivals in New York State, The Appleumpkin Festival in Wyoming, N.Y.  (just outside of Warsaw). The festival takes place on Saturday and Sunday, Sept. 25 and 26, and spans the whole downtown area of the village of Wyoming. There is live music on both days, but on Saturday the tent in front of the historical building is reserved for bluegrass bands. This year the Diamondback Rattlers from the Ithaca area play a set starting at 2 p.m. Creek Bend from Buffalo plays a set at 12:30 p.m. The Matthews Family Tradition from Van Etten, N.Y., starts at 3:45 p.m. The show starts with the Panfil Family Bluegrass Band at 11 a.m. The concert is free and chairs are provided for the audience. 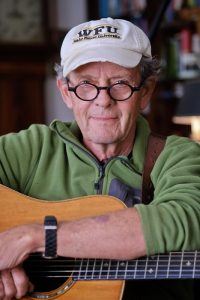 Our local ties to the hills and hollars of Appalachia and the music of Bill Monroe have some notable stories. Most bluegrass historians agree that bluegrass music was born in the combination of specific players in Bill Monroe’s Bluegrass Boys band and the year was 1945. With Earl Scruggs on banjo, Lester Flatt on lead vocals and guitar, Chubby Wise on fiddle and Howard Watts on bass along with Bill Monroe on mandolin and vocals, that group is often called the original bluegrass band. This band from Kentucky made its influence known all the way to Buffalo through AM radio via WSM in Nashville and by amateur and semi-professional players migrating north to find jobs. Ohio became a popular destination. Cincinnati  was the hometown of Billy Hamilton, a founding member of the Grey Sky Boys bluegrass band. Years later Billy taught and served as a Dean at the University of Buffalo. Of course, he put together a band that played at the Library restaurant on Bailey Avenue near the UB campus. Players like Bob Schneider, my banjo teacher, would join Billy on stage and my brother and I would watch from the tables out front. Players like Bob made connections with Appalachian players who moved up to Lockport to work at Harrison Radiator. A line of students locally have learned from Bob and Billy.

Buffalo is not very far from the heartland of Bluegrass music. The line of players and listeners continues today.

Help support the tradition that is alive in Buffalo. See a live bluegrass show by a national or local band and spread the word about the Buffalo Bluegrass Youth Ensemble.

We have lost two more musicians with ties to bluegrass. Charlie Watts from the Rolling Stones started out as a banjo player and the Stones song “Wild Horses,” by the Old and in the Way band, is a classic.

Tom T. Hall was a big supporter of bluegrass through his songwriting and philanthropic efforts. A listen to his version of “Fox on the Run” will put a smile on your face and provide a tune to hum for the rest of the day.

Hope to see you out watching live music. Stay safe and please vaccinate. Keep on pickin’