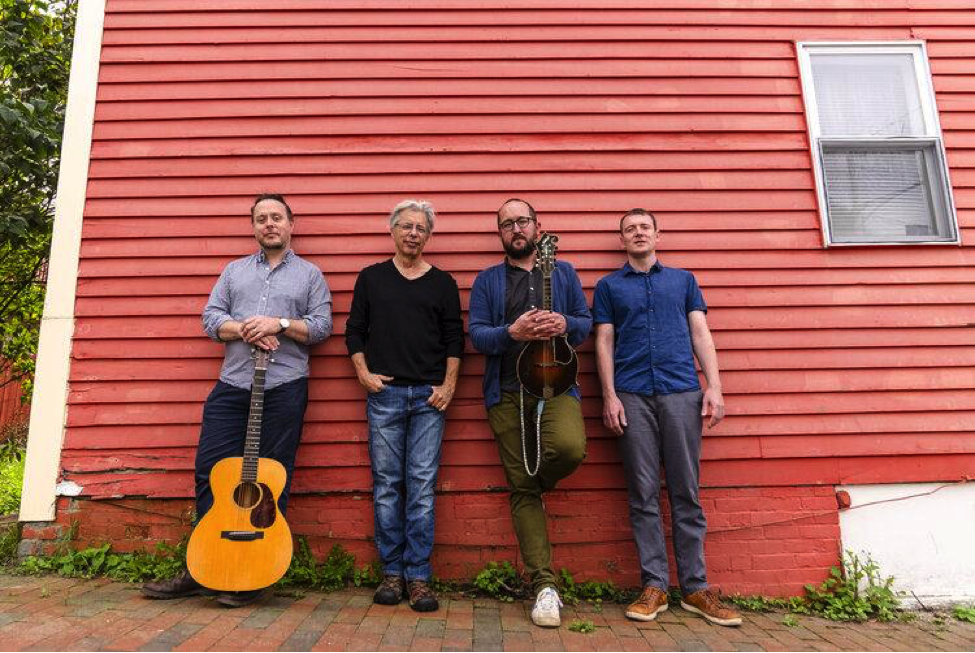 The days and nights are getting colder. Jam sessions are no longer in grassy fields but have gone inside and, if you’re lucky, by a warm fireplace. Traditionally, the end of harvest time was a party time. Barn dances with a square dance caller, a fiddle and a banjo were a common event even up here in western New York state.

Professor James Kimball of SUNY Geneseo has studied the early accounts of the fiddle-led dances in Western New York. His book “Gathering Together” has stories as far back as 1805 about such dances in the Batavia area.

The start of fall is also flagged by the week-long International Bluegrass Music Association conference in Raleigh, N.C.

A trade show, artist showcase, bluegrass awards show, luncheons and, of course, some of the best jamming on this earth.

These jams usually pop up in rooms in the adjacent hotel. These conventions began in Owensboro Ky., then Louisville, then Nashville before finding a perfect fit in Raleigh. Most serious bluegrass musicians, fans and those in the industry belong to the IBMA and look forward to this annual event.

In Memory of Gretchen Banaszak 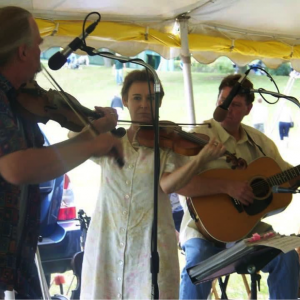 On Sept. 15, Gretchen Banaszak left this earthly plane after a valiant fight with a long-term illness.

Gretchen was the wife and musical partner to Phil Banaszak of Creek Bend and City Fiddle. Gretchen played fiddle with Phil and Chris Panfil in City Fiddle providing beautiful harmony fiddle lines along with Phil.

She was not only an extraordinary fiddler with a beautiful tone that reflected her training as a classical violinist, she was also a passionate lover and advocate for all animals that she encountered.

I remember her comforting smile and gentle demeanor that made all that met her instantly know they were in the presence of a special lady. Rest in peace sweet lady. 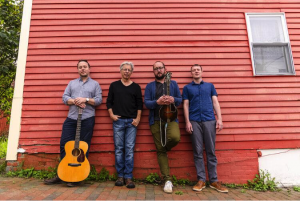 On Friday, Oct. 14, starting at 7 p.m., Mr. Sun from California takes the stage at the Springville Center For the Arts.

Mr. Sun is a talent packed quartet led by fiddler Darol Anger. Their website describes Anger as a fiddler, composer, producer and educator. He is at home in a number of musical genres, some of which he helped to invent.

Exceptional among modern fiddlers for his versatility and depth, Anger has helped drive the evolution of the contemporary string band through his involvement with numerous pathbreaking ensembles such as his Republic Of Strings, the Turtle Island String Quartet, the David Grisman Quintet, Montreux, his duo with Mike Marshall, and others.

He has performed and taught all over the world with musicians such as Dr. Billy Taylor, Bela Fleck, Bill Evans, Edgar Meyer, Bill Frisell, Tony Rice, Tim O’Brien, Anonymous 4, Marin Alsop and the Cabrillo Orchestra, the Detroit Symphony, Mark O’Connor and Stephane Grappelli.

Mr. Sun is Anger, guitar phenom Grant Gordy, redoubtable mandolinist Joe K. Walsh and Scottish bassist Aidan O’Donnell. I have had the honor of playing and teaching with all of them except Aiden in the Augusta Bluegrass Camp. These are exceptional musicians who will astound the audience wherever they appear.

If you are lucky enough to attend, get a close look at Darol’s fiddle. It’s truly a piece of art as well as a great sounding fiddle.

For more info and tickets, go to https://springvillearts.org/sca/

Here’s a sample of their music:

By the way, speaking of Dave Grisman and the California connections, Oct. 8, 1973, was the taping of the live bluegrass show at the Boarding House in San Francisco featuring Grisman, Peter Rowan, Vasser Clemens, Jerry Garcia and John Kahn. It was released as the Old and in the Way album. 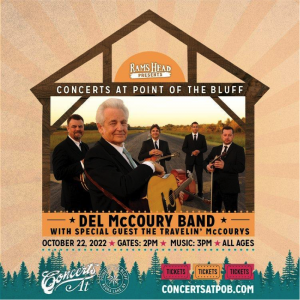 Point of the Bluffs Vineyards, just south of Rochester and about a 2 1/2-hour drive from Buffalo, is the venue for the Del McCoury Band, with the Travelin McCourys opening for patriarch Del. The top spot on the bluegrass festival circuit for years has been Del and the boys. 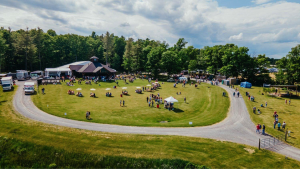 Point of the Bluff Concerts

I’ve never been to this venue on Keuka Lake in the Finger Kakes but the aerial photos are beautiful. I would bring a lawn chair and a blanket, although the concert starts at 3 p.m., doors at 2. I recommend listening to the Del McCoury Band’s “Vincent Black Lightning” from “Bluegrass Underground.”

“Nashville Cats” is also highly recommended. Here is a version recorded live at The Egg in Albany.

Some may remember Creek Bend bringing Del to the Hearthstone manor in the late ’80s. Those days are gone. Since the rest of the world got used to Del’s signature high voice and down-home casual manner, he only plays the top venues in the world. Kudos to Point of the Bluff!

Tony Trischka, the very influential five string banjo virtuoso, returns to the West Falls Center for the Arts on Saturday, Oct. 29 from 7 to 9:30 p.m., with a banjo workshop scheduled for 1 p.m. Tony is originally from Syracuse but has traveled all over the world, amazing audiences with the depth and breadth of his banjo playing and his knowledge of the instrument. He literally wrote the book(s) on playing the banjo.

Enjoy this clip from 1988 with Tony and Bela Fleck.

A new jam session has emerged in Niagara County. Every last Sunday of the month, B&D Bagels in Lockport hosts a bluegrass jam starting at 12:30 p.m. and going till about 3:30 p.m. The band Yellow Jack hosts the jam. The next one is Sunday, Oct. 30.

The Bennington Jam at Bennington Lanes will resume on Sunday, Oct. 9, from 2 to 7 p.m. It takes place every second Sunday of the month.

The Bluegrass All Stars trio ss playing two afternoons at Becker Farms this October, on Saturday the 22nd and Sunday the 23rd, from 1 to 4 p.m. Doug Yeomans, Mark Panfil, and Rich and Sally Schaefer are also playing at 42 North Brewing in East Aurora on Saturday, Oct. 29, from 8  to 11 p.m.

Creek Bend is playing a square dance that is open to the public at Wayside Presbyterian Church in Hamburg on Friday, Oct. 28, from 6:30 to 8 p.m. It’s free and we will teach you all you need to know to square dance. 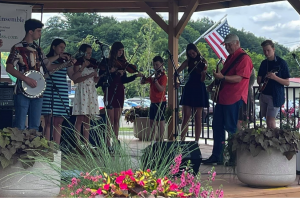 The Buffalo Bluegrass Youth Ensemble at the Springville Fiddle Fest

This is a free music club for young string musicians from all over the greater Buffalo area who are in grades 5 through 12. Kids who play violin, viola, cello, bass, banjo, guitar, mandolin and dobro are welcome to join.

We practice every first and third Monday of the month when school is in session. Music can be downloaded, but we also encourage kids to play a lot to the material by figuring it out with help from the experienced volunteer teachers.

We play each year at the Erie County Fair and the Springville Fiddle Fest, with square dances and concerts along the way.

As always, feel free to email me or call me for clarification on any of the opportunities I have talked about in my Bluegrass Roundups or on the BuffaloBluegrass.com website. MarkPanfil@hotmail.com or 716-867-4012.

Have a great October and I hope to see you out listening or playing live music this month. And remember, keep on pickin’!