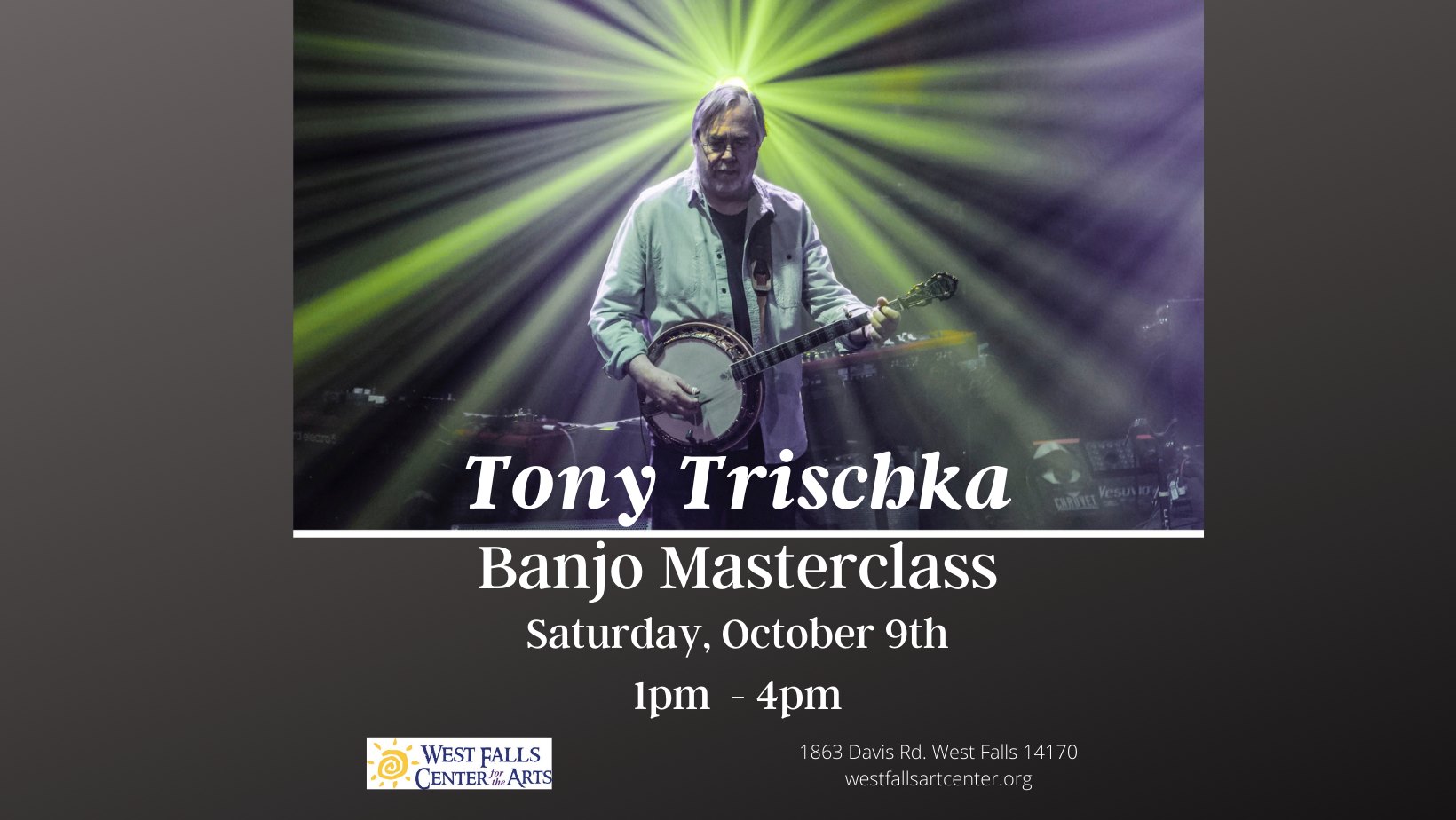 It was a cold day in Syracuse the day I first saw Tony Trischka play with Peter Wernick and Russ Barenberg in his band in the ’70s, Country Cooking from Ithaca, N.Y.

The city of Syracuse turned the municipal auditorium into an indoor bluegrass music festival, and my brother and I had to go. Hearing Tony and that band play that weekend was a life-changing experience for me.

Not that many years later, Tony was bringing his groundbreaking, progressive bluegrass band Tony Trischka and Skyline to Buffalo to play concerts that Creek Bend was booking at the Lord Amherst hotel. I don’t think his banjo ever spent time in the case back then, and it probably doesn’t now either. He was always playing and writing.

Tony began playing banjo in 1963 and has released many books on playing the banjo over the years. His first book, which was entitled “Melodic Banjo,” which is a style of playing all of the notes of intricate fiddle tunes on a five-string banjo, still resides right next to my computer for easy access any time of day or night. 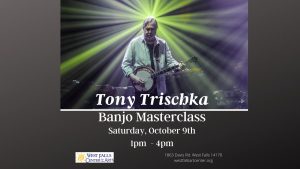 Next to the late Earl Scruggs, Tony Trischka is the foremost teacher of banjo in the world. This is why I am so excited to announce that he is coming to the West Falls Center for the Arts on Saturday, Oct. 9, from 1 to 4 p.m. to give a banjo masterclass for all levels of players. Later that evening, Tony will present a concert at the same location, starting at 7 p.m. For more information/tickets on these rare and exciting presentations by this world-class musician, please go to www.BuffaloBluegrass.com or www.westfallsartcenter.org

Creek Bend has had a great summer full of new music and you can see them this month at Flying Bison on Oct. 15, from 6 to 9 p.m. for the Oktoberfest Celebration, sponsored in part by the Buffalo Music Coalition. Later in the month, they will be at Becker Farms in Gasport on Saturday and Sunday, Oct. 23 and Oct. 24, from noon to 4 p.m. 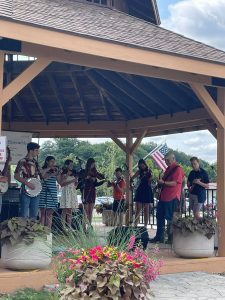 The Buffalo Bluegrass Youth Ensemble starts a new season on Monday, Oct. 4,and again on Oct.18 at Wayside Presbyterian Church on the corner of Amsdell Road and Route 5 in Hamburg. This is a club designed for young musicians grades 5 though 12 where they learn to play bluegrass music on violin, viola, cello, bass, banjo, mandolin and acoustic guitar. We literally teach them how to jam on these instruments. Bluegrass is unique in the realms of musical styles. It starts very simple and has room to grow to the virtuoso level. The kids in our club later perform at the Erie County Fair, farmer’s markets and the Springville Fiddlers Festival. Please spread the word. It is open to student musicians from all over western NY and it is a free club. Information on the club, including videos of performances, can be found atwww.BuffaloBluegrass.com and by searching for the Buffalo Bluegrass Youth Ensemble on Facebook.

I like to leave you with suggestions for listening for this month, and I’ll start with a song that really showcases some of the best in bluegrass style fiddling and banjo work and vocals that epitomize the high lonesome sound. Danny Paisley & Southern Grass has the number one song on the Bluegrass Unlimited magazine’s National Bluegrass Survey. The song is “Blink of an Eye.”

By the way, Danny and Del McCoury were named the male vocalists of the year this year in Raleigh on Thursday, September 30, at the annual Bluegrass Music awards show. The show is on YouTube by searching IBMA awards 2021.

I would also like to leave you with a teaser or two. Over the next few monthly articles, I’d like to borrow some ideas and write about them. The first is an idea that Elmer Ploetz, our editor-in-chief, has used in his articles. We’ll do a dialogue with two members of different generations about a few favorite bluegrass or bluegrass-related recordings. The second idea will be sharing a few stories about a banjo head with twenty signatures of banjo greats, starting with Earl Scruggs, that I proudly display in my music room.

Until next time, stay safe and help us keep live music live through the winter ahead and, as always, Keep On Pickin’!