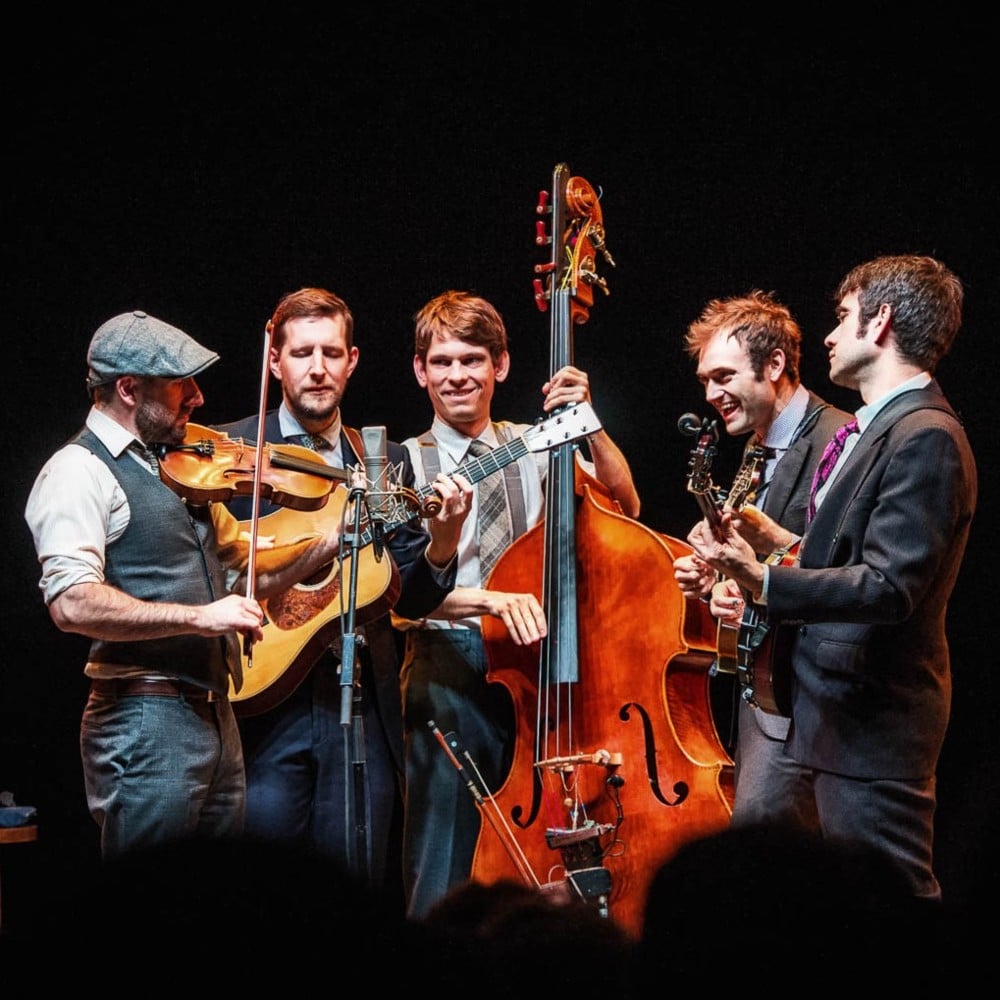 It’s been an absolutely beautiful fall for colorful leaves. As Dolly Parton sang,

This has been a traditional time of giving thanks for a great summer and the harvest since the old days. Families gather ‘round the table on Thanksgiving and reminisce of the old days together. Very few songs tell this story more vividly than the bluegrass ballad that Carl Eddy wrote for the Creek Bend album, “Thanksgiving.” Enjoy the images that Carl weaves into the song now on YouTube. 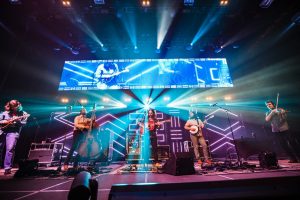 Billy Strings has burst into the national bluegrass scene with ripping instrumental lines, great singing and songwriting and by demonstrating that one can blaze new trails but still pay homage to the traditional side of bluegrass.

According to his website, Strings grew up playing traditional bluegrass with his dad until he was introduced to a new generation of younger artists embracing acoustic music. That revelation led to his own willingness to branch out beyond bluegrass and his ability to pull in fans from every corner of the live music scene, which is evident through recent collaborations with everyone from Luke Combs to RMR, Del McCoury to Fences. Renewal is simply the next step in that creative evolution.

On Wednesday, Nov. 9, Billy Strings will be bringing his very special brand of bluegrass to the Blue Cross Arena in Rochester. A word of warning. A search for tickets for this show brought up prices from $199 to $49.99. Third party ticket sites can charge whatever they want. The Blue Cross Arena in Rochester was the $49.99 source and the link that I put in this article. 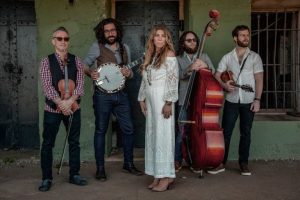 Nefesh Mountain,  Thursday, Nov. 10, at Buffalo Iron Works, 8 p.m. show, doors open at 7 p.m., $15 in advance. Since their arrival on the scene in 2015, New York-based progressive bluegrass band Nefesh Mountain has been hailed as one of today’s formative boundary-pushing groups in American roots music. Their latest album, “Songs For the Sparrows,” is a true testament to the unbridled imagination and extraordinary grace of their musicianship and creativity, featuring friends and heroes Sam Bush, Jerry Douglas and Bryan Sutton, among others. The band, called “a master class in string music” by Rolling Stone, and “arguably some of the best bluegrass ever made” by American Songwriter, embodies the wild nature and unbridled free spirits of its members, bridging compositional prowess and prolific songwriting with deft and exciting instrumentals and jams.

They have recorded and shared the stage with Sam Bush, Jerry Douglas, Bryan Sutton, John Doyle, Noam Pikelny (Punch Brothers), Mark Schatz (Nickel Creek), Mike Gordon (Phish) and Tony Trischka, among others. Their music continues to forge new paths in a world all their own, combining elements of everything from Americana and Appalachian bluegrass to Celtic folk and Eastern European melodies with messages of inclusivity, diversity and hope for our ever changing world today.(from the Iron Works website)

Saturday, Nov. 4, The Panfil Brothers Trio (Mark and Chris Panfil with Mark Gannon) plays at Talty’s Pub on South Park Ave. in South Buffalo, 9 p.m. to midnight. The trio mixes Celtic, bluegrass, country and folk rock and plays them all on traditional bluegrass and Celtic instruments. No cover charge

Saturday, Nov. 19, The Rear View Ramblers will be playing at the downtown Public Library at Lafayette Square from 2 to 3:30 p.m. The band won the Artvoice Best New Band award in 2016. The members include award-winning Katie Panfil Clark on fiddle and vocals, Andrew Reimers on guitar and vocals, Jayson Clark on banjo and vocals and Rob Dalimonte on bass. The concert is free and open to the public and sponsored by the Sportsmens Americana Music Foundation.

Saturday, Nov. 19, Creek Bend will be playing a concert at the Community Fellowship Church, 3144 Johnson Creek Road, Middleport, from 7 to 9:30 p.m. The concert is open to all, with a free will offering.

Thursdays, Nov. 3 and 17, The Buffalo Bluegrass Band plays its lunch-time shows at the Sportsmen’s Tavern, 326 Amherst St., Buffalo, from noon to 2:15 p.m. Go for delicious food choices on the menu and some fun Bluegrass music that is always changing.

B&D Bagels and Locks Bluegrass Jam session in Lockport is happening every last Sunday of the month, from noon to 2 p.m.

The Buffalo Bluegrass All Stars are playing a concert of Christmas music this year on Dec. 4 at the recently renovated beautiful Hollywood theater in Gowanda. Doug Yeomans, Mark Panfil and Rich and Sally Schaefer will be playing. 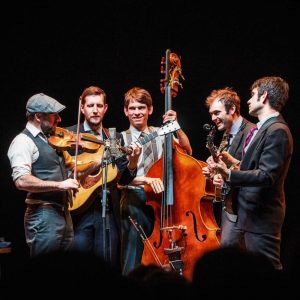 Saturday, Dec. 17, 7:30 p.m., The Punch Brothers and Bela Fleck are coming to the University of Buffalo Center for the Arts. The Punch Brothers arean American band consisting of Chris Thile (mandolin), Gabe Witcher (fiddle/violin), Noam Pikelny (banjo), Chris Eldridge (guitar) and Paul Kowert (bass). Their style has been described as bluegrass instrumentation and spontaneity in the strictures of modern classical as well as American country-classical chamber music. The degree of technical proficiency in this band is staggering. The young men in this ensemble have years of experience. The song selection is strong on the instrumental side. Chris Thile’s voice is smooth as silk, and they will likely start with his voice and build from there. You can hear a sample of the Punch Brothers live show song choices on a great website that is dedicated to giving you the songs a band recently did live with youtube links to hear their version of those songs. Here is their last show song list.

Bela Fleck is a master of the five string banjo with a very successful recent CD, My Bluegrass Heart. He has been joined by the best in bluegrass on these shows. such as Sierra Hull, mandolin; Bryan Sutton, guitar; and Mark Schatz, bass. The songs are mostly instrumentals written by Bela, with strong jazz characteristics all played on Bluegrass instruments by these stellar bluegrass artists. We had a chance to see this show at the Grey Fox Festival last July. It was very impressive. Here is another link to www.setlist.fm where you can hear the actual songs they are featuring in their live shows and get an idea of what you’ll hear if you see them in Buffalo.

Thursday, Jan. 12, 7 p.m., Greensky Bluegrass at the Town Ballroom, Main Street (across from Shea’s), Buffalo. They are a five-piece band from Kalamazoo, Mich., founded in 2000. An elaborate light show is one of the hallmarks of this progressive bluegrass band that can also boast a first place in the Telluride Bluegrass Festival band competition in 2006. More info will come out in the next Bluegrass Roundup.  Greensky has played in Buffalo before at the Sportsmen’s, the Tralf and the Town Ballroom.

As the days and nights get colder, it’s a great time to see some live music in our greater Buffalo area. I’ve heard it so many times and I really believe it, the live music scene in Buffalo is second to none. Hope to see you at one of these concerts. I wish you and yours a wonderful holiday season and, as always, keep on pickin’.