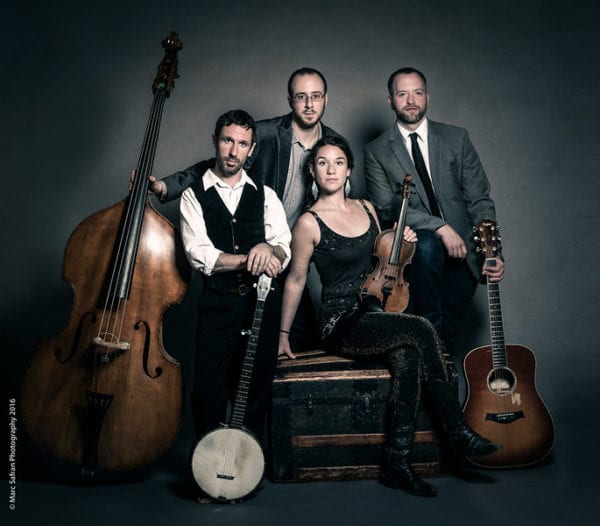 So March comes in like a lion and goes out like a lamb! Well let’s just see about that.

March 1 is Fat Tuesday or Mardi Gras. Spicy New Orleans music will be played that night, including a two-hour show by the Back Room Jazz band at JP’s pub in Lakeview, N.Y., from 7 to 9 p.m. I tie back the fifth string on my banjo, bring out the piano for some tunes and play in the unBluegrass keys of Bb, Eb and Ab, but man, is it fun …  and free!

March 1st also marks the 50th anniversary of the release of the “Will the Circle Be Unbroken” album by the Nitty Gritty Dirt Band, released, 1972. This was a landmark meeting of the old guard of Earl Scruggs, Doc Watson, Mother Maybelle Carter, Roy Acuff, Merle Travis, Vassar Clements and Jimmy Martin with the hippies of the day, the Nitty Gritty Dirt Band. Most musical appreciation for the good old songs and players has to start with a “gateway” exposure. For my brother and I, it was this three-record set! Still great listening today.

St. Patrick’s day can be celebrated with many Bluegrass songs. Bill Monroe drew from the Scotch/Irish traditional music of his day when he performed and recorded. Try listening to “Colleen Malone” by Hot Rize.

Jerry Douglas is back in Ireland recording the seventh series of the Tranatlantic sessions for the BBC.

The first (Original) Transatlantic Sessions episode was produced in 1995, a project conceived at that time by Douglas Eadie, Mike Alexander and Aly Bain. Subsequent sessions were produced in 1998, 2007, 2009, 2011 and 2013. No news on when they will release the new one but until then how about checking out the first one on, The Original TransAtlantic Sessions. 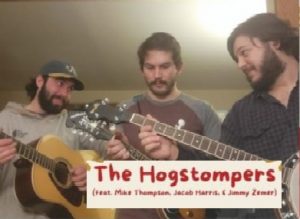 Armchair Boogie plays on Tuesday, March 15, 7-9 p.m., at Buffalo Iron Works, 49 Illinois St., Buffalo. Again, I am quoting their promo: They started in 2015 on a front porch in the college town of Stevens Point, Wisconsin. Armchair Boogie can be defined by their pickin’ skills and infectious grooves. Augie Dougherty (banjo, vocals) and Ben Majeska (guitar, vocals) began playing under the name prior to the addition of Eli Frieders (bass) and solidification of Denzel Connor (drums) as the driving rhythm section behind a bluegrass, up-tempo, jammin-funkgrass outfit. 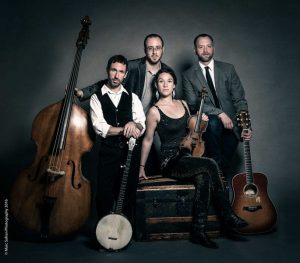 Rail Rider Jamboree Music Festival is Friday, Saturday and Sunday, March 18-10, at Holiday Valley Resort, Ellicottville. The Rail Rider Jamboree Music Fest starts with the Rail Rider Rail Jam on Friday from 5 to 7 p.m., followed by a band playing at the Cabana Bar from 8 to 10 p.m. The Music Festival is Saturday with a great lineup of 5-6 bluegrass/Americana bands, to be announced. Plus there will be food, beverages and a laid back vibe. Start your Sunday off with “Rail Rider Jamboree Bluegrass & Bloodys” from 11 a.m. to 1 p.m. There will be live bands all day on two stages, food trucks and vendors, craft vendors and more. The Jamboree is outdoors, with music starring regional, local and national bands. They will perform throughout the weekend, featuring A Girl Named Genny, Brass Machine, Driftwood, Keller Williams and headliner Dark Star Orchestra.

And remember that the Buffalo Bluegrass All Stars (Sally Schaefer-fiddle, Rich Schaefer-bass, Doug Yeomans-guitar and Mark Panfil-banjo and dobro) play on Thursdays, March 3 and 17 from noon to 2:15 at the Sportsmen’s Tavern.

The monthly bluegrass jam session is again taking place on the second Sunday of the month, March 13, from 2 to 7 p.m. at Bennington Lanes in Bennington N.Y.

April will begin with a special spring concert on Monday, April 4,  from 7 to 8 p.m. by  the Buffalo Bluegrass Youth Ensemble at Wayside Presbyterian Church, 5017 Lake Shore Rd., Hamburg. It is a free concert and all are invited. These are kids ages 11-18 years old learning to play bluegrass music.

On Wednesday, April 20, at 7 p.m.,  at the Sportsmen’s Tavern, the Slocan Ramblers will play. They are Canada’s bluegrass band to watch. Rooted in tradition, fearlessly creative and possessing a bold, dynamic sound, the Slocans have become a leading light of today’s acoustic music scene. With a reputation for energetic live shows, impeccable musicianship and an uncanny ability to convert anyone within earshot into a lifelong fan, the Slocans have been winning over audiences from Merlefest to RockyGrass and everywhere in between.

I would like to leave you with two more personal reflections on what Bluegrass Music is. 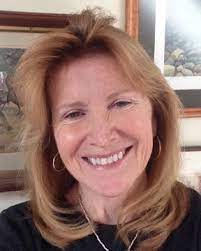 “Bluegrass Music is an American art form attributed to the great Kentucky mandolin player and bandleader, Bill Monroe. In 1946 he coined the name for his band, Bill Monroe and the Bluegrass Boys. Instrumentation in bluegrass bands can include acoustic fiddle, guitar, mandolin, banjo, dobro and upright bass, though the genre has evolved quite a bit since the late ’40s. Vocally, bluegrass songs often tell stories of rural life, loss and heartache with tight harmony vocals, including duets, trios and quartets. While the music may sound happy, the lyrics can tell a very different story. Bluegrass has grown into a popular genre that has spawned many bluegrass music festivals in the US and around the world.

“I went to the Berkshire Mountain Bluegrass Festival in Ancramdale, N.Y., and was completely bitten by the bluegrass bug. At some point after that, I learned how to play bass, and have never ‘looked back.’

“Bluegrass music is a ‘social music’ that builds a sense of community. You can go to a festival, meet people for the first time and jam into the wee hours with them. Also, most top bluegrass artists are very accessible to their fans. It’s like a big family. And great bluegrass music is right up there with the best jazz, rock ’n’ roll, and classical music anywhere.”

“To me. Bluegrass is music rooted in traditions of Appalachia. String bands that fit like a puzzle to emphasize a keen sense of rhythmic push. For me, it’s exciting music!

Discovering improvisation while learning fiddle tunes and going to concerts like Rhonda Vincent and Nickel Creek got me hooked on Bluegrass.

Hope to see you out listening to live music this month!