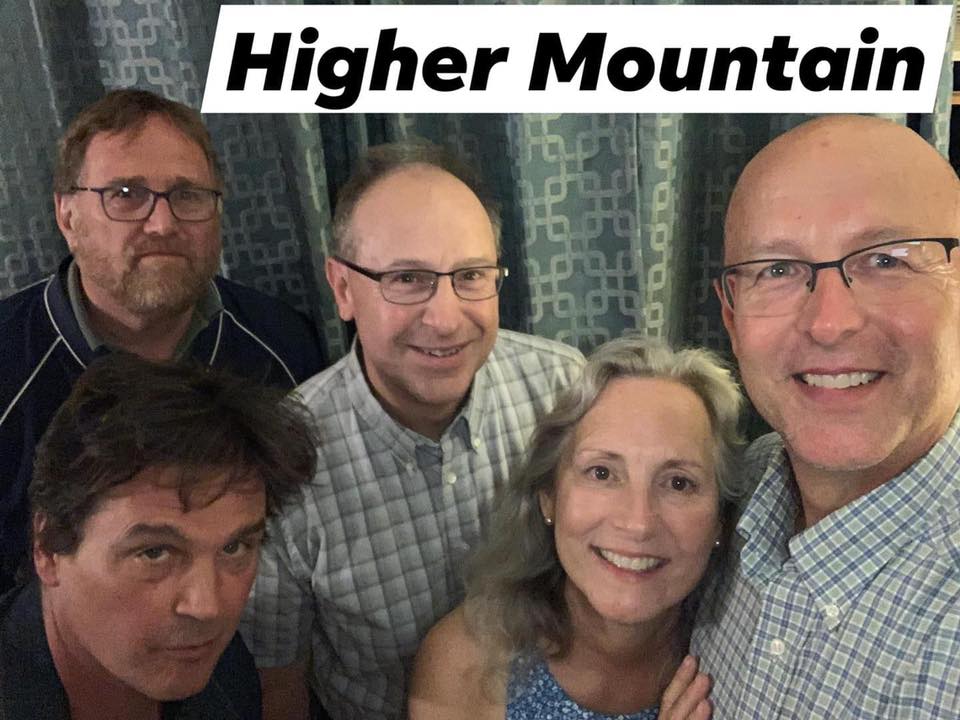 Music to play as you are driving to a July bluegrass festival or live bluegrass show this month.

Welcome, July! Live music is blossoming thanks to the hard work of those who developed and those who have taken the vaccines. My brother went to see Chris Thile, mandolin giant, founding member of Nickel Creek and the Punch Brothers, at Chautauqua Institute last week. Chris Thile skipped out and ran onto the stage with obvious glee to be playing in front of a live audience again! Even we regional musicians are over the moon to be playing out again!

Speaking of amazing mandolin players, The Sam Bush Band will be in the Finger Lakes region at the Trumansburg, N.Y., Fairgrounds the night of July 16 with opening band, Driftwood.

There are three Bluegrass festivals to point out this July. The first one starts July 1 and runs through the 4th. The Remington Ryde Bluegrass Festival will be held in Centre Hill, Pa. Some of the better-known performers include Ralph Stanley II, Lorraine Jordan and Danny Paisley.

Later in the month, the Brantling Bluegrass Festival will take place in Sodus, N.Y.,  July 28 to Aug. 1. Williamson Branch, Mountain Highway and the Kevin Prater Band are among the bands on the schedule.

The third one is right in Springville, N.Y., on Saturday, July 31, from 11 a.m. to to 9 p.m. This is a free festival that will feature Kody and Herren, the Hick-ups, the Blue Mule Band, the Buffalo Bluegrass Youth Ensemble, Creek Bend, the Panfil Brothers and the Mercantile Bluegrass Band, among others. 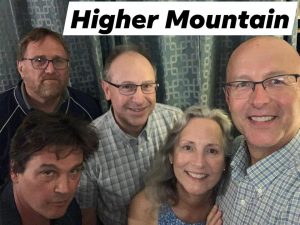 The Sportsmen’s Tavern is adding a bluegrass night to July with the Higher Mountain Bluegrass Band on Thursday, July 15, at 7 p.m. along with the regular appearances by the Buffalo Bluegrass All-Stars on the first and third Thursdays of the month (always starting at noon). Higher Mountain is a bluegrass band based in Lockport that has played as a regional band throughout New York State and Pennsylvania festivals and churches. The current lineup of the band is anchored by the husband and wife team of Christine Elizabeth and Charlie Kesterson, playing guitar and banjo, respectively. Their upright bass player is veteran musician Paul Todaro, who is also the lead singer and bass player for the Skiffle Minstrels. Their mandolin player is John Dennison from Rochester; he has played with many groups around the state, including Eva and the Dog Boys. The quintet is rounded out by the extraordinary Mark Scheda on fiddle. He’s also from Rochester.

The Buffalo Bluegrass All-Stars are adding an outdoor evening concert on July 16, 6-8 p.m., at the Knox Farm State Park in East Aurora. At the same location, later in September, the Borderland Music Festival will go on with the Infamous Stringdusters in the lineup.

The Panfil Brothers are happy to announce that they are welcoming Mark Gannon as their bass player this summer. Mark played with the Panfil brothers in the original Erie Lackawanna Railroad Band back in the 1970s. He moved around the country playing music and persuing careers in Rochester, Salt Lake City and Austin. He is now making his home in Hamburg. The trio is playing at Charlie’s Boat Yard on Saturday, July 3, 3- 6 p.m., then in Langford on July 19, 6:30-8:30 p.m. and in Lakeview on Wednesday, July 21, 6-8 p.m.

Creek Bend is enjoying a new, youthful presence in the band with Sally Schaefer filling in for Phil Banaszak this summer. Sally has studied different styles of fiddling and folk music with college degrees from Cardiff University in Wales and SUNY Geneseo. She plays with several bands and music projects in WNY, including McCarthyism and Finnigan’s Punch. You can catch her with Creek Bend on July 9 at Bidwell Parkway, July 10 at the Perry Chalk Art Festival (10:45 a.m.-1:15 p.m.), July 22 at the Gazebo in Marilla or July 28 at the Angola Gazebo.

Into The Blue is a high-quality bluegrass radio show hosted by Nashville’s four-time IBMA Broadcaster of the Year, Terry Herd. It features the very best in new, current and vintage bluegrass.

WXRL 1300 AM/ 95.5 FM and live-streamed at www.WXRL.com plays its weekly show every Tuesday 9 p.m.- midnight and every Sunday 7-10 p.m. If you wonder just how good can bluegrass sound, I highly recommend tuning into this show on WXRL on a Tuesday or Sunday night. Living in Hamburg, I have struggled to get a strong enough signal to listen, but now that it’s also on the internet for free, I am enjoying the weekly show on a regular basis. A great big thanks to WXRL for keeping the connection going between country and bluegrass music. This station is locally owned and operated and it’s a gem in our region.

I was so excited about the live bluegrass opening up this summer, I hope I didn’t load too many dates and shows in one article. As always I’ll remind you that all of these appearances can easily be found if you go to www.BuffaloBluegrass.com along with more photos, stories and helpful links. Please feel free to email me at markpanfil@hotmail.com with any information regarding upcoming Bluegrass music shows coming to western New York.

Until we meet again next month or at one of the shows in July, have a great summer and as always keep on pickin’!