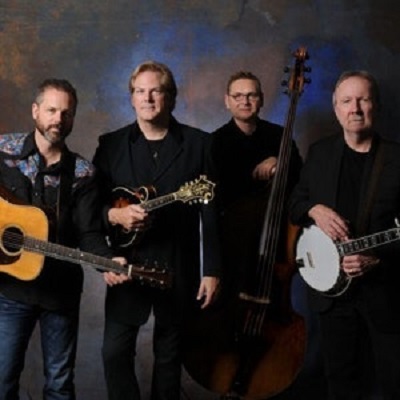 Here’s to 2022! Burn the calendars from the last two years and sharpen a new pencil for the next one!

Last month I published answers to three questions that I put out to some of my friends from near and far. The questions were: “How did you get hooked on bluegrass?”; “What is Bluegrass Music?”; and “What makes bluegrass music special to you?”

This month, I have two more sets of answers to these questions.

Murphy Henry is from Winchester, Va. She’s a banjo player, writer of the General Store articles in the national magazine Bluegrass Unlimited and founder and CEO of the Murphy Method instructional materials for learning bluegrass instruments by ear.

“I came into bluegrass through singing. It was and is still all about the songs and the harmony singing for me. Not so much the instrumentals. And the songs that led me to bluegrass were those I sang in the Baptist church and the folks songs I learned at various summer camps. I sang with my four sisters — we were always singing in the car and I would take my uke along to accompany us. Specifically, I found bluegrass because the folk singer Gamble Rogers, who was playing a folk club in Athens, Ga., where I was at the University of Georgia, told the audience we should all go over to nearby Lavonia, Ga, the next day (Sunday) to the bluegrass festival there. He was going. So I went. And not only heard my first live bluegrass (Lester Flatt, Bill Monroe, Jimmy Martin, the Lewis Family, the Country Gentlemen –what a lineup!) but I also met my future husband, Red Henry, who was a friend of Gamble’s. Shortly after that, I started playing bass with Betty Fisher and the Dixie Bluegrass Band, and shortly after that I bought a banjo. And, yes, I was hooked! 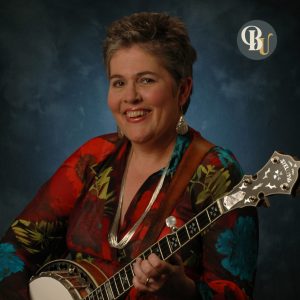 “What is Bluegrass?” In years past, I would have said the five-string banjo played in the Earl Scruggs style was the defining element of bluegrass music. (In fact, I said just that in my book “Pretty Good for a Girl: Women in Bluegrass”!) And bands that didn’t have a banjo played this way or didn’t have a banjo at all weren’t bluegrass. But now that bluegrass has expanded so much, I think the definition has broadened and there are some bands playing “bluegrass” without a banjo at all. The band Della Mae comes to mind. And while I know there will be exceptions to any definition, I still think bluegrass is played primarily on acoustic instruments: guitar, banjo, fiddle, mandolin, dobro, bass. And it features harmony singing — from 2 parts to 4 parts. But bluegrass is also all about the RHYTHM. The precision of the rhythm. Putting the beat in exactly the right place. Bluegrass has a particular rhythm — it doesn’t have to be fast — but I don’t know how to explain in words what that rhythm is! (Holy cow, what a hard question!)

“What makes it so special?” The harmony singing and being able to sing many of the same songs with other bluegrass lovers. Knowing the same body of songs. The connection with other musicians–professional and non-professional–or even fans who love this same music. And the fact that PLAYING bluegrass is accessible to almost anyone who wants to give it a good solid try. Three chords and a capo and a love for the music. While is some ways bluegrass is a very sophisticated music, in other ways it is welcoming to amateur musicians and novices at many levels. 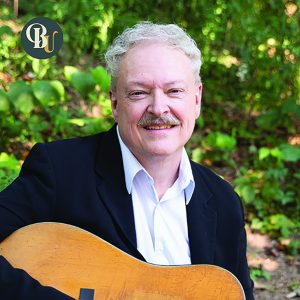 Tim Stafford: Award-winning songwriter and bluegrass performer, guitar player for Blue Highway and with Alison Krauss and Union Station in the past, author and bluegrass historian. From Tennessee, now based in North Carolina but has performed throughout the world.

As a freshman in high school, I saw some friends playing and learned about Doyle Lawson’s mother living below the school. When the Country Gentlemen bus parked there, I met them. Before then, an English teacher’s band performed at the school and I loved being in the middle of this SOUND.

Bluegrass is a sound, a community, an attitude, a process of relationships and a lifestyle.

It’s a niche music, informal and participatory so that people can interact directly with artists, and play themselves. It also requires a high degree of skill to play well and is becoming more diverse all the time, with participation by women, people of color and all viewpoints and lifestyles. It’s a soulful, powerful art form that has captured people around the world as well as top-tier artists like Earl Scruggs, Tony Rice and Alison Krauss. 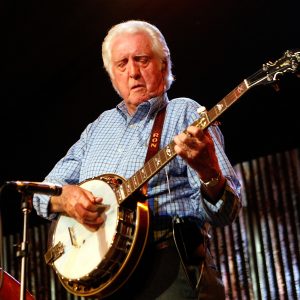 On a sad note, I need to mention that banjo player J.D. Crowe passed away on Christmas eve. To quote Tim Stafford “No one ever played the banjo like J.D. Crowe, ever had the drive, the feel, the tone, the timing.” He began playing banjo with Jimmy Martin and the Sunny Mountain Boys at 19 years old. Later, he formed his own band, The New South hiring future bluegrass legends Ricky Skaggs, Jerry Douglas, Tony Rice, Phil Leadbetter and Keith Whitley, to name just a few. His banjo playing on the Bluegrass Album Band’s recordings, set the gold standard for the perfect bluegrass banjo sound. Ironically, his friend and bandmate, Tony Rice passed away almost exactly one year before him on Christmas day 2020.

The Winter Village Music Camp has announced that the camp will go on from March 17to 20, 2022, in Ithaca. This is an indoor camp that brings in world class fiddle, mandolin, guitar and banjo teachers to teach small classes of intermediate to advanced players. It is run by Rick Manning and has a great reputation nationally. The website for more info is www.wintervillagemusic.org/

I have been enjoying turning on my phone to stream live bluegrass and country radio stations and I wanted to share these with you:

Www.bluegrasscountry.org is a 24/7 bluegrass and roots format from Washington, D.C. It has an easy to use app available for iPhone and android. It is free and requires a single touch on my phone to bring it up and start the music.

Another live stream requires a few more touches on the phone, so I tend to listen on my computer. I’m hoping they will launch and app for it in the future. Www.wxrl.com/on-the-air.html This second live stream is of course our own local treasure, WXRL AM 1300, 95.5 FM. The signal from WXRL gets weaker after sundown and in certain regions of western New York so I often use the live stream. The have a great syndicated Bluegrass show on Tuesday and Sunday nights and again this year Carl Eddy will present a tribute to Hank Williams on Jan. 2 and 8, starting at 1 p.m.

I will have a full list of this summer’s bluegrass festivals within a five hour drive from Buffalo in my February article but I need to get this mid-winter one out there right now. 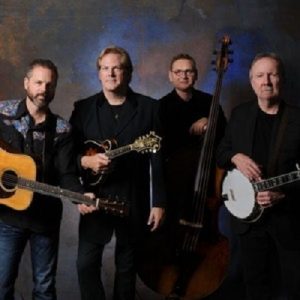 Here is a heads up for Sunday April 24, at 4 p.m. That’s when the John Jorgenson Bluegrass Band takes the stage at the Sportsmen’s Tavern! The John Jorgenson Bluegrass Band features four legendary musicians: John Jorgenson on guitar, mandolin and vocals; Herb Pedersen on banjo, guitar and vocals; Jon Randall on guitar and vocals; and Mark Fain on bass. Jorgenson and Pedersen are founders (with Chris Hillman, formerly of the Byrds and the Flying Burrito Brothers) of the formative country rock band the Desert Rose Band. Tickets will go fast for this special event! https://sportsmensbuffalo.com/?event=the-john-jorgenson-bluegrass-band-4pm-30

And every month the Sportsmen’s features the Buffalo Bluegrass All Stars (Doug Yeomans, Mark Panfil, Rich and Sally Schaefer) twice a month, on the first and third Thursday from noon to 2:15 p.m.

There is also Bluegrass every month at Bennington Lanes in Bennington, N.Y. on the second Sunday, 2-7 p.m. There was great music on stage and hot pickin’ around the pool table in several jam sessions in December.

Let me take this opportunity to wish you and your family a very happy, healthy and musical New Year. Until next time, keep on pickin.’

You can always keep up to date with Mark and the Buffalo bluegrass scene at www.BuffaloBluegrass.com.