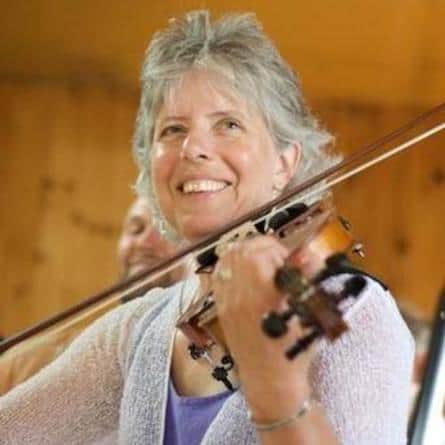 Holly’s in the window.
Home’s where the wind blows.
Can’t walk for runnin’,
Christmas Times a comin’

It was written by Tex Logan and recorded by Bill Monroe 70 years ago. As the year 2021 comes to a close, we look back at the “new” normal. Many live music venues have started booking bands again. Some bluegrass festivals have returned and more are scheduled to start up again in 2022. 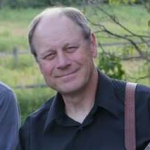 Last year at this time, my article in the JAM traced back the beginning of bluegrass historically speaking. This year I have asked some of my friends here and around the world to chime in with answers to three questions.

“How did you get hooked on bluegrass?”

“What makes bluegrass music special to you?”

“What is Bluegrass Music?” (the answers to this last one can be found at the end of the article)

“I got hooked on the melodies and harmonies and the drive of the music. You want to learn all the songs so you can play with your friends.”

In your opinion what makes bluegrass music special? “Bluegrass brings people together, ‘cause it’s all about ‘the jam.'” 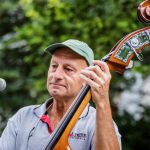 Rich Schaefer, former WBFO bluegrass show DJ and a founding member of the Buffalo Bluegrass All Stars and Creek Bend:

“I was involved in the folk scene of which ‘bluegrass’ was a component. Much of folk music can ‘put you to sleep.’ I fell in with a bluegrass banjo player (Ted Lambert) and enjoyed the punch (drive) that bluegrass provided.

“I got hooked on bluegrass music through the fiddle. Whenever someone would shuffle the bow or make that dancing sound on the fiddle, I stopped what I was doing to listen. I bought my first record album by Flatt and Scruggs at the old Twin Fair department store when I saw the picture on the front with the band holding their instruments. I didn’t know it was called bluegrass, but soon learned, and there were many more records to come!

In your opinion what makes bluegrass music special? “There is not a lot of money to be made playing bluegrass music, which means musicians that devote time to it are doing so because they love the music and the energy they get from it. Bluegrass musicians, no matter how well known, are generally very approachable and will hang around after a concert to talk to their fans. Fans are much the same as musicians, listening to it because they love it. This shared passion is very special as the music is quite eclectic and not always easy to find. You can’t really teach yourself to love bluegrass music. It generally comes straight from the heart. Bluegrass presents the most authentic of music experiences.”

“I went to the Berkshire Mountains Bluegrass Festival when I was 14 and never looked back. Loved the fact that I could jam with other people standing out in a field. Loved the music that was happening on stage — the harmonies, the instrumentation, the energy, the soul, the fun, the exceptional musicianship, the approachable ‘star’ performers. Loved that people were so nice and welcoming.”

In your opinion what makes bluegrass music special? “ The community of people playing bluegrass. This music can be played by novices along with professionals but also allow every level the chance to find challenges and comfort. It’s a growing and developing genre — not stagnant — but deeply rooted in its tradition. It’s a music for all ages to participate together.

In 1973 The Earl Scruggs Review was a warm-up act for an Arlo Guthrie concert while I was in college (Clarkson College). After the concert I had the fortune of having pizza with Earl and his sons along with my roommate at 1:30 am after the show. The next morning I bought a banjo.

“In your opinion what makes bluegrass music special?” Bluegrass music is a very open music, meaning that amateurs are encouraged to play and so many do. This creates a great camaraderie which is also supported by the professionals in the music. 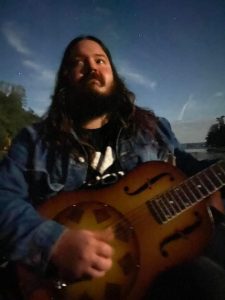 Tyler Westcott, Buffalo based banjoist and promoter. He plays in Folkfaces, Banjo Juice Jazz Band, the Paper Roses and the Observers

I first heard Bluegrass and bluegrass adjacent style groups at music festivals, also at parties my family took me to. I got my first banjo at 16 and looked into it a bit. I crashed some bluegrass/oldtime jams that were way above my ability. So I kept listening and practicing. But jamming with people and knowing the same tunes made me love it.

In your opinion what makes bluegrass music special? I love that you can meet people from across the country or world and pick up and have a successful jam session and know the same songs and artists.

The fall of 2021 has had some sad farewells in bluegrass music.

In October, Phil Leadbetter made his journey to meet his maker. I taught with Phil at the Augusta Bluegrass camp on two occasions and got to visit with him several times in Nashville. He was Dobro player of the Year three times, nominated for a Grammy twice and a five-time cancer survivor and a great gentleman.

Sonny Osborne passed away, too, in the end of October. He was half of the immensely popular and innovative brother duet, the Osborne Brothers, along with his mandolin playing brother, Bobby. He played with Bill Monroe as a 14-year-old boy still in high school. Their biggest hit was “Rocky Top.” 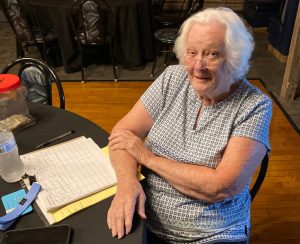 Locally, a familiar and friendly face at our Bennington Jam sessions, Barb Deeter, left us in November. Barb was a volunteer for the Western New York Bluegrass and Old Time Music Association and ran membership and stage sign-up for the monthly jam sessions. She a very sweet lady and will be missed by the Association and all that knew her.

The Bennington Jam is picking up again on Sunday, Dec. 12, from 2 to 7 p.m.. It is the annual Christmas party jam. Come one, come all to jam or listen.

The Bluegrass All Stars play every first and third Thursday of the month from noon to 2:15 p.m. at the Sportsmen’s Tavern on Amherst Street in Buffalo. Doug Yeomans, Mark Panfil, and Sally and Rich Schaefer provide the bluegrass music and all are welcome to enjoy a great bluegrass lunch!

Here are the answers to “What is Bluegrass music?” by this month’s contributors. I left out the names of who said what. Try to guess and email me if you want to see if you were right.

Next month these same questions will be answered by

Tim Stafford, award-winning songwriter and bluegrass performer, guitar player for Blue Highway, author and bluegrass historian. Based in North Carolina but has performed throughout the world.

Aldo D’Orrico, bluegrass guitar player and songwriter from Cosenza, Italy. Plays in the Muleskinner Boys and the Flying D’Oricco’s

Fred Bartenstein, broadcaster, musician, festival MC and talent director, composer and record producer. Fred teaches country and bluegrass music history at the University of Dayton and is the chair/president of the IBMA Foundation.

And maybe some surprise additional contributors.

Have a very Happy Holiday season everyone! Until next time, keep on pickin.’Mark Panfil