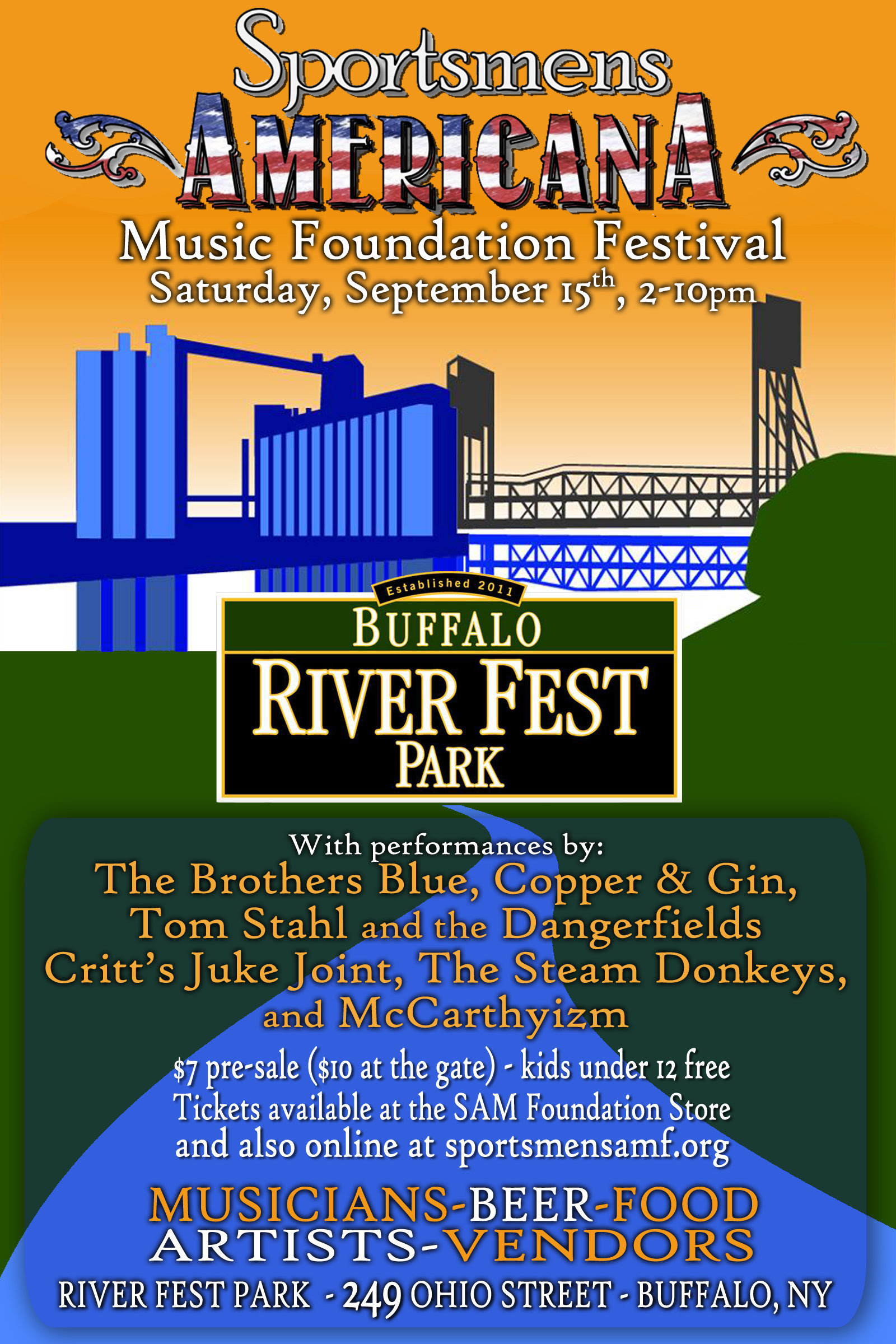 It’s almost here! One of the great shows of the year!
Meanwhile,  we are still looking for some volunteers for the fest.  The biggest need are from 8 to 10 pm – working at the gate, selling tickets, serving beverages and helping with clean up.

There are a few other openings on the shifts for 4 to 6 and 6 to 10.   Ask people to go to the festival page on our website and fill out the volunteer form or send an email bernadettekwalsh@gmail.com

Odds and Ends for a busy Fall season:
We hope to see all our members and many more friends and family at our Fest on September 15th.  See the  poster in this issue for details.  We’ll have much more coverage next month. I want to thank all our sponsors for this year’s Fest:   BlueCross BlueShield of WNY, Labatt Brewing Company, Congressman Brian Higgins, Ellicott Small Animal Hospital, The Kensingtons, Riverside Federal Credit Union, Life Storage, Sen. Tim Kennedy.

SAM Foundation Founder Dwane Hall has been elected to the Buffalo Music Hall of Fame.  As all of us in the Sportsmen’s family know, Dwane Hall is the prime mover for Americana music in WNY.  In addition to having the best venue on Planet Earth, he started thisFoundation, which is making such a difference in the music scene in Buffalo and beyond.  The induction ceremony is October 11th.  See buffalomusic.org for more information.  Congratulations to Dwane!

The SAM Foundation is expanding into the northern Erie County suburbs.  On September 29th, we’re sponsoring workshops and a performance at the Buffalo Niagara Heritage Village, formerly the Amherst Museum.   Ninety-minute workshops to run concurrently Saturday afternoon in advance of the performance. Workshops are offered at $25 general admission, but $10 for SAMF members. That includes concert performance and admission to BNHV.
Events include:

Workshop by Frank Fotusky: Piedmont style / finger picking Acoustic Blues in the style reminiscent of the great East Coast “Piedmont” players such as Rev. Gary Davis, Blind Boy Fuller, John Jackson, Blind Willie McTell, to name a few. A majority of Frank’s material is culled from the ’20s, ’30s and ’40s. Acoustic Blues and Guitar Rags are the foundation of his music – more at http://www.frankfotusky.com

A 90-minute concert by the Fotusky – Dermody Duo:   Included with workshop fee as described above or separately as $8 general admission (standard BNHV admission cost) or $5 for SAMF members. Includes access to museum and all other scheduled activities.

Additional Programming: Coinciding with this event, also on the grounds at BNHV on Saturday September 29:  Grand Army of the Republic (GAR) 10:00 am to 5:00 pm, Parade at 12:45 pm and Quoits (Horseshoe) Tournament. 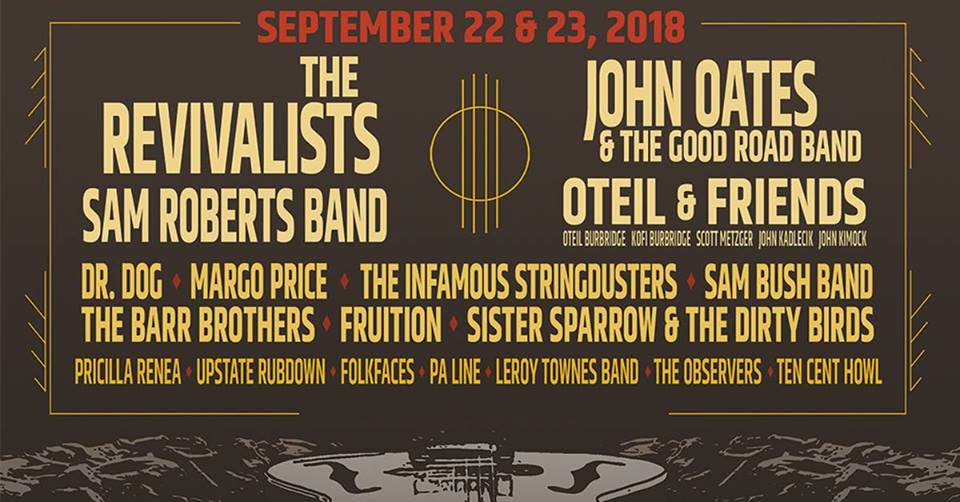 Borderland Music and Arts Fest, September 22nd and 23rd. The local stage will be named the SAM Foundation stage and we’ll be out there to spread the news about ourFoundation.  This will be a great festival and the best price in town for tickets is at the FoundationStore right next door to the Sportsmen’s Tavern, Tuesdays or Fridays from 6 to 10 p.m.  $99 for the full weekend. 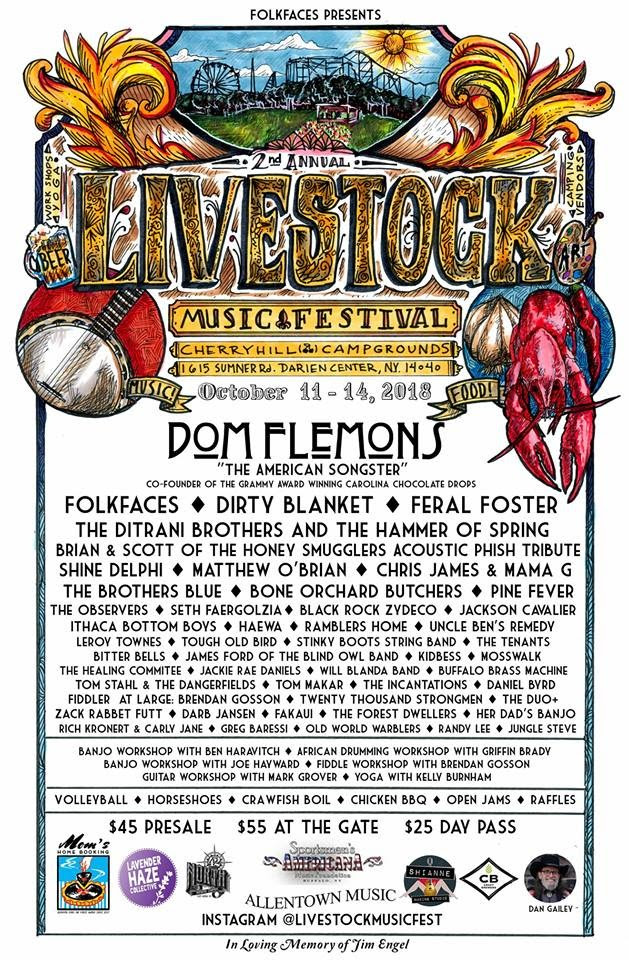 Save the date for the Livestock Music Festival, October 11th-14th, presented by Tyler Wescott and Folkfaces.  This is an incredible line-up over four days and the SAM Foundation is one of the prime sponsors of the event.

AWARDS TIME!
Another Save the Date: October 15th, right in downtown Black Rock at the Sportsmen’s Tavern, is our 4th Annual Awards Show.  Members will be voting for the winners.  More information coming via email to members, Facebook and next month’s JAM.

AND IN OTHER NEWS … 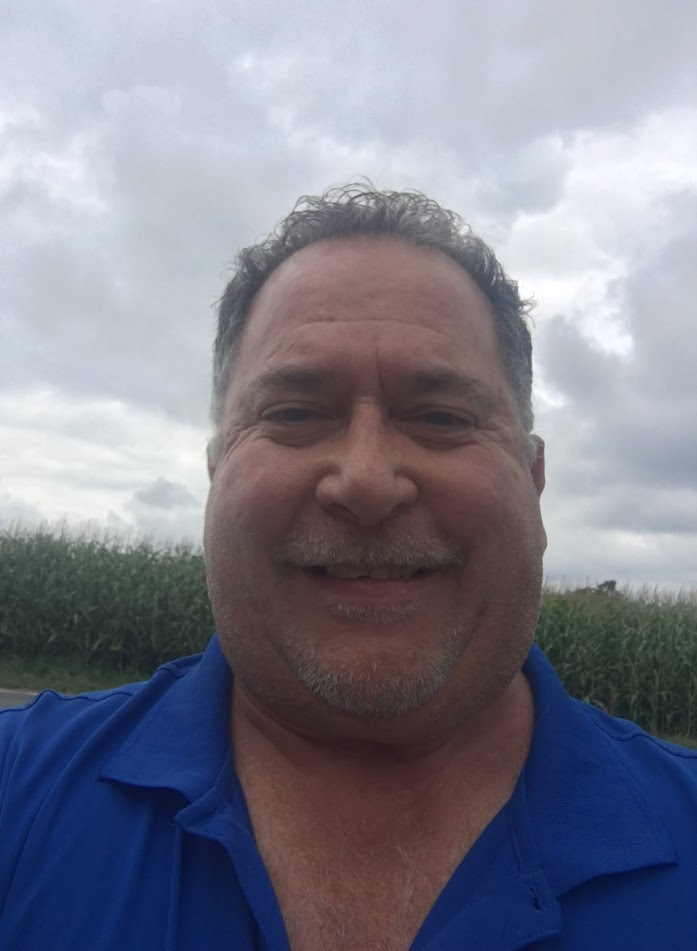 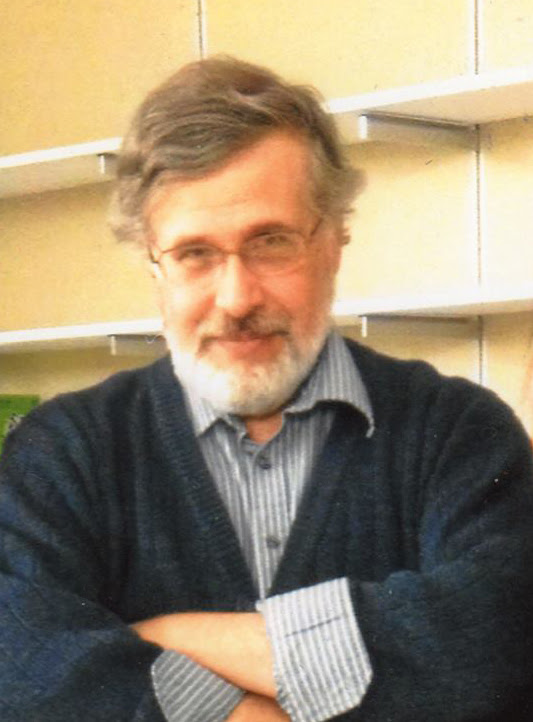 SAM Foundation Board of Directors: Two new members were voted onto the Board this month, Elmer Ploetz and John Venezia.  Elmer, who is also on Buffalo Music Hall of Fame board of directors,  has many years of experience in the WNY music world and is now taking over The JAM.  John has chaired the very successful East Aurora Music Fest since its inception.  We’re very pleased to have their talents joining with our mission.

And I want to thank Angela Hastings for her contributions to the SAM Foundation and the music scene in WNY.  She has stepped down from the Board after several years of great service to all of us.

Five shows are being offered this month.  Email me to enter the drawings by the deadline of Sunday, September 16th, at 9 P.M.

The Sportsmen’s Americana Music Foundation is proud to announce its support for a master teacher for the Buffalo Bluegrass Youth Ensemble.
Founded in 2013 by Buffalo Music Hall of Fame inductee Mark Panfil, BBYE is free club for any middle or high school string musicians in Western New York.
Meeting the first and third Monday of each month at Wayside Presbyterian Church in Hamburg, BBYE boasts a dedicated group of volunteers who work with over 25 students on instruments such as violin, viola, cello, bass, guitar, banjo, dobro and mandolin.
As the youth ensemble expands, SAMF will be sponsoring the addition of master fiddle teacher Phil Banaszak to offer instruction during four regularly scheduled meetings.
Banaszak is a former New York State Fiddle Champion and in 2005 was inducted into the North American Fiddlers’ Hall of Fame. He is a faculty member of the Community Music School in Buffalo, where he teaches fiddle, violin and mandolin.
More information about the youth ensemble can be found at www.buffalobluegrass.com.
— Pat Gormley
YOUTH SCHOLARSHIPS
The Sportsmen‘s Americana Music Foundation presented our annual $1,000 scholarship to the Buffalo Jazz Collective at a performance at Flying Bison Brewery on August 6th, which also featured the great Bobby Militello.
The winners are Oscar Woodrich and Gabriel Cordero, pictured with Patrick Gormley, SAMF Board member and Education Director (L) and Mark Filsinger (R) from the BJC.
Also pictured are Neasheem Godfrey and Noah Reed-Eason, who received new instruments from Music Is Art. 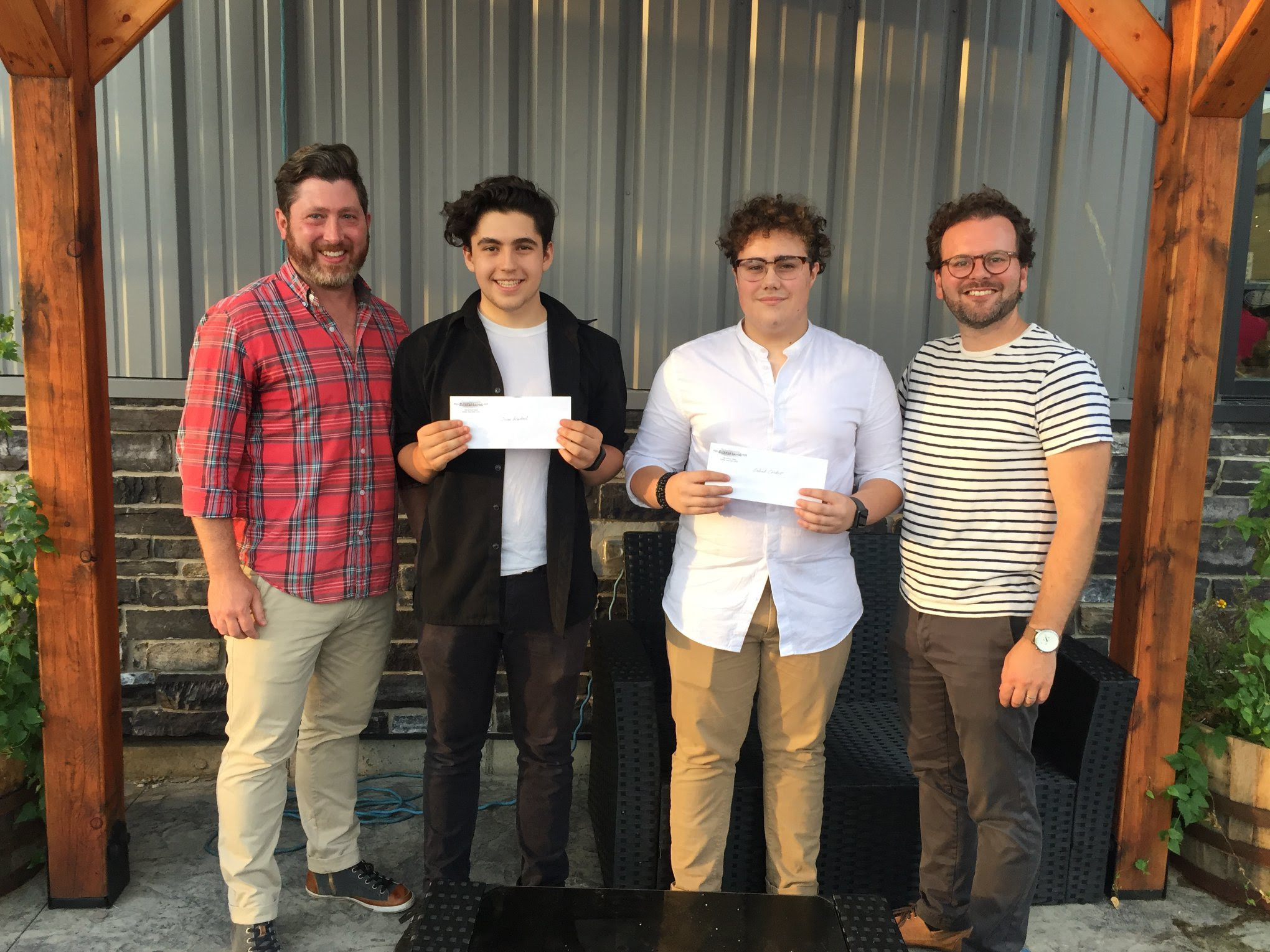 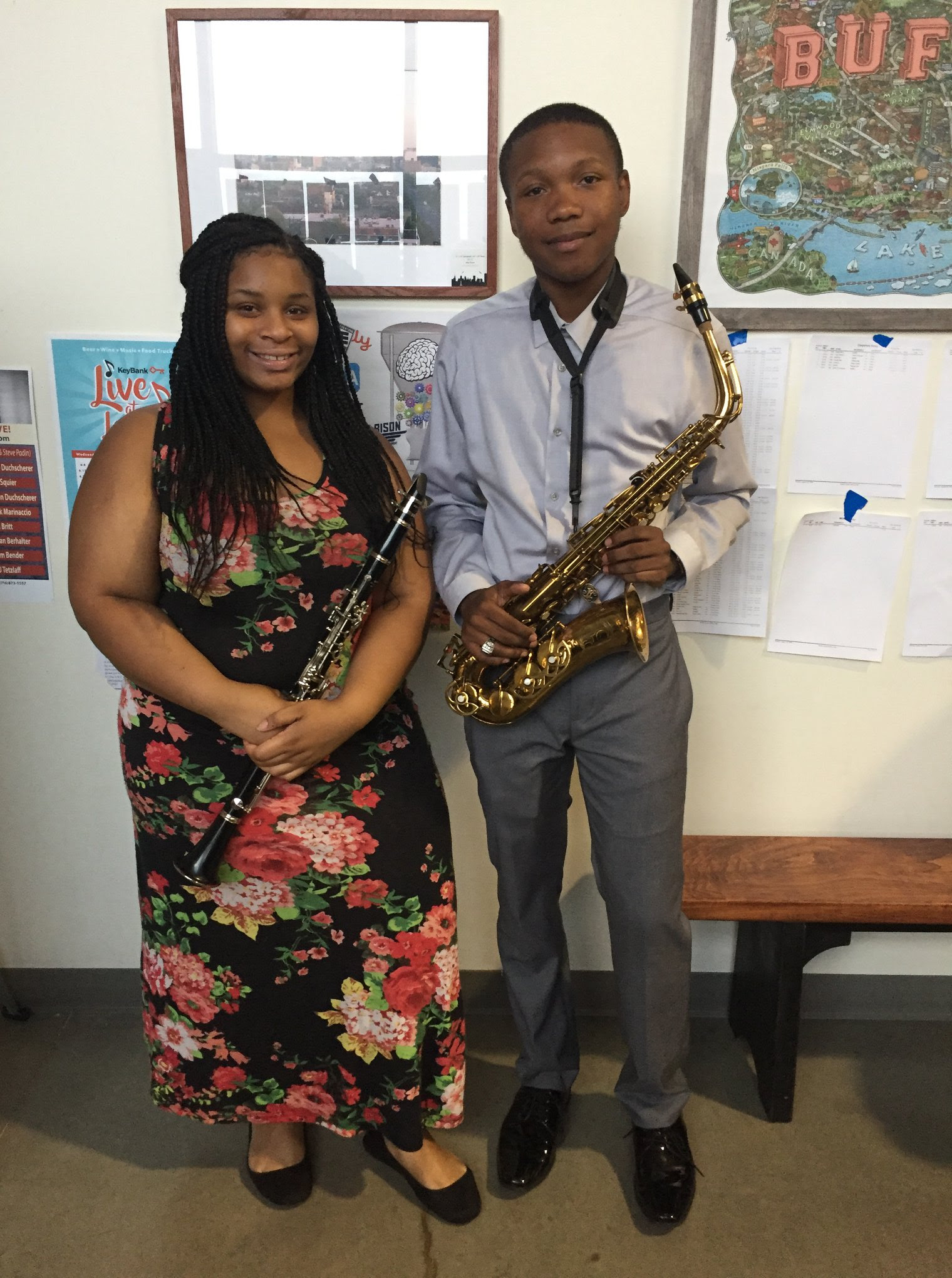 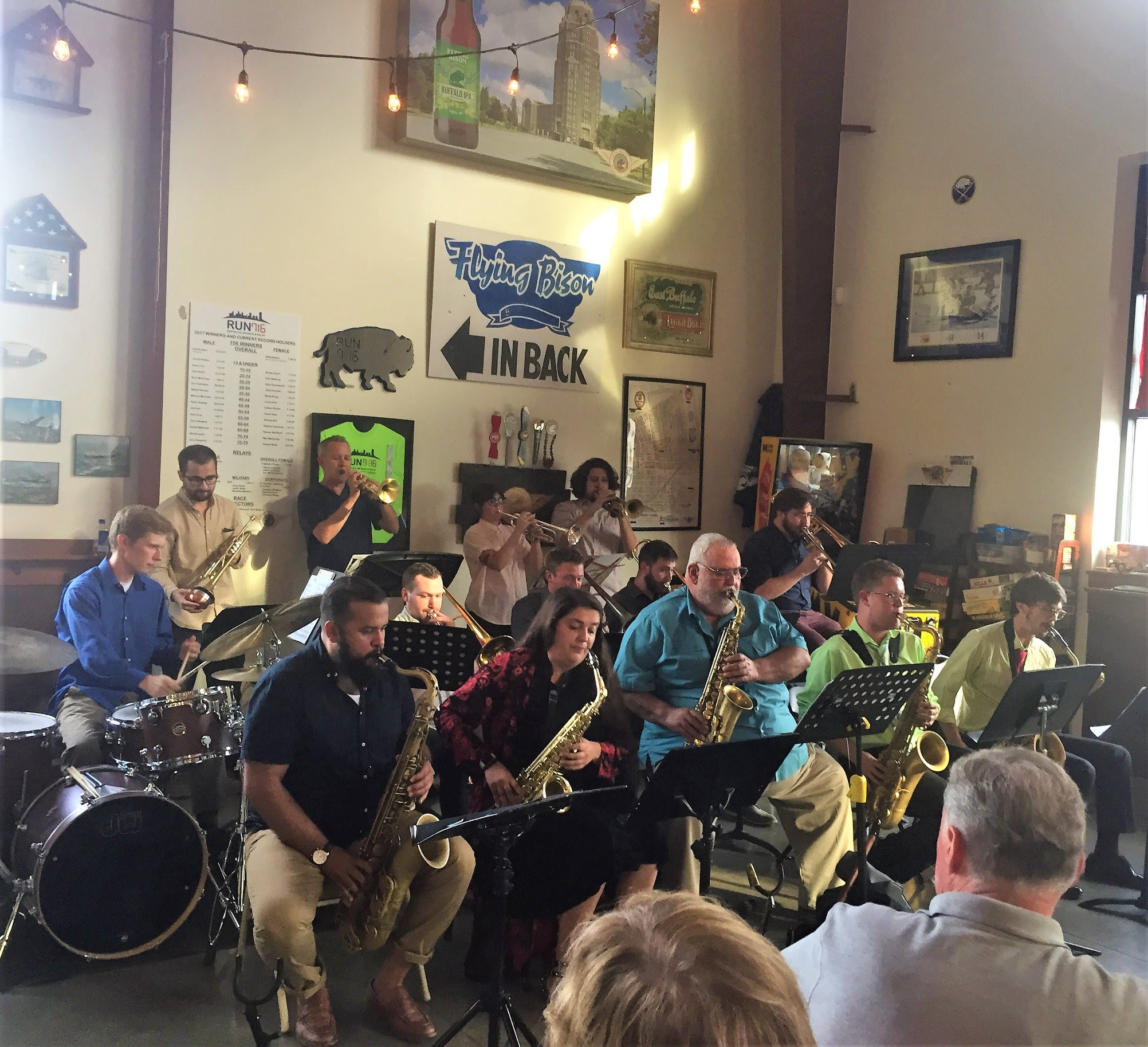 And the band played on!

A Note from your Director of Membership

My time on the board of SAMF  as your Director of Membership has come to a close. I have nothing but admiration and heartfelt passion for this Foundation and the people involved.

Thanks to all the board members, especially Dwane Hall and his family for having this vision. The Foundation continues to grow bringing Americana Music through education, events, and media and I’m very proud to have been a part of it for three years.

I will continue to support the Foundation so you’re bound to see me around.

Thank you members!  I’ve made many new friends and love you all.

King of the Road: A Tribute to Roger Miller 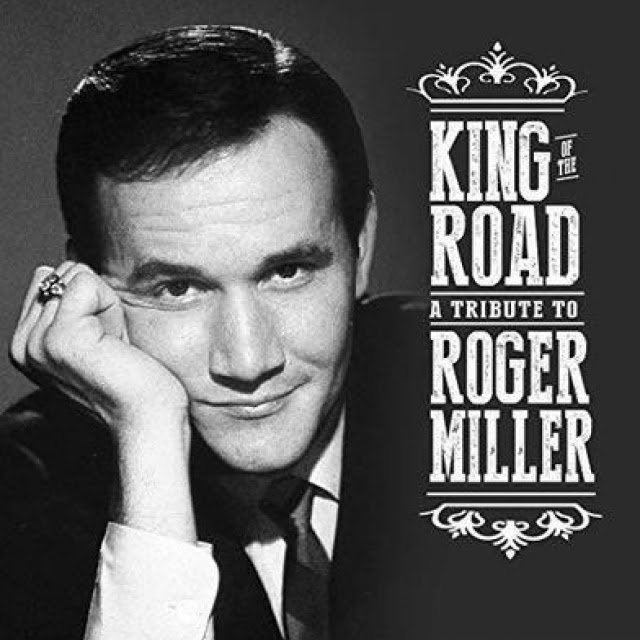 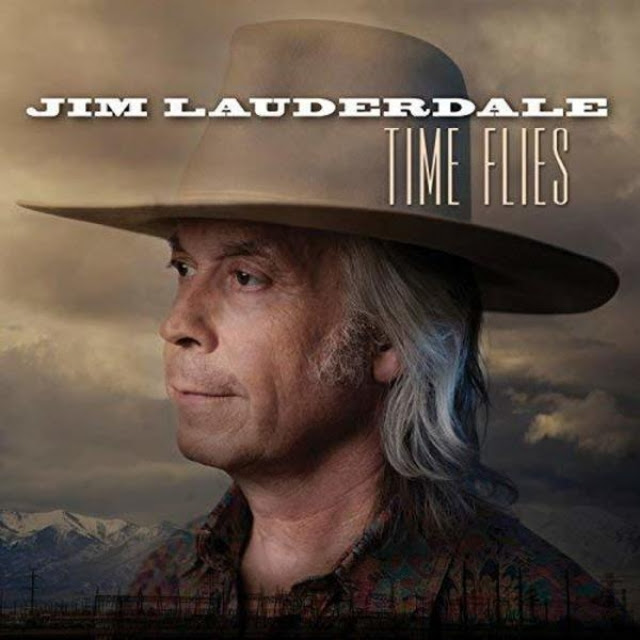 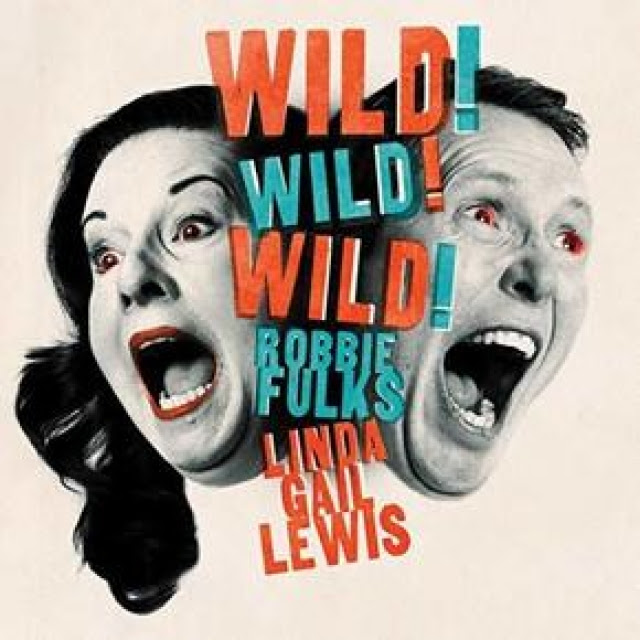 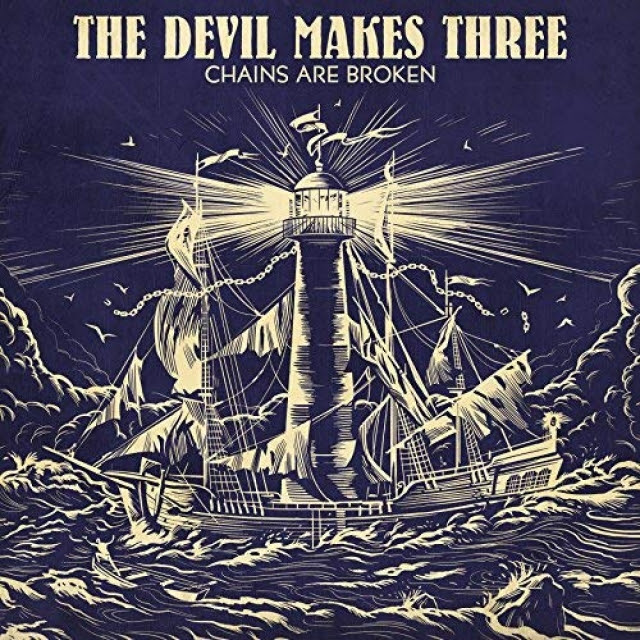 Jayhawks — Back Roads and Abandoned Motels 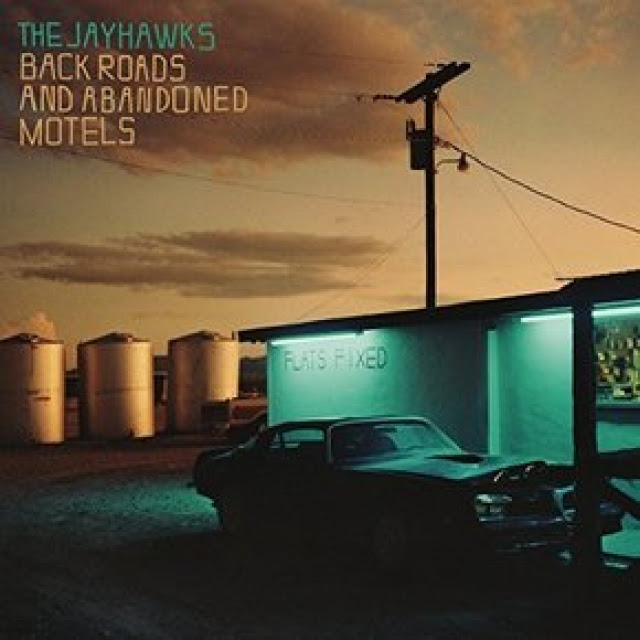 DISCOUNTS FOR MEMBERS:   The discounts we’ve arranged at this time are: 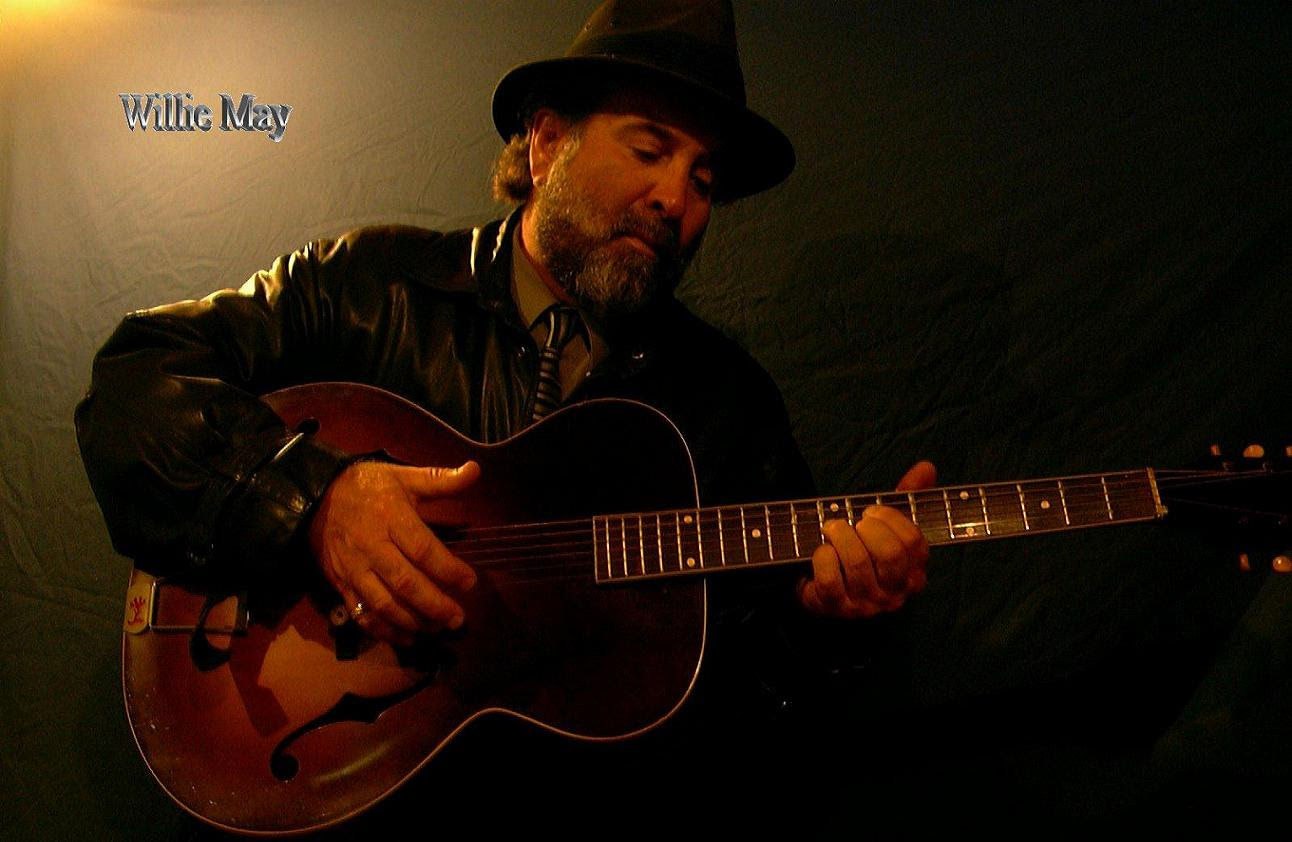 Bluesman Willie May, who is working on his 20th album, is among this year’s inductees into the Buffalo Music Hall of Fame

The Buffalo Music Hall of Fame list of inductees this year looks a lot like an Americana hall of fame this year.

Dwane Hall, already in the Hall of Fame as a member of Stone Country, is being inducted as an individual, while other inductees include the Steam Donkeys, drummer Ray Hangen, country songwriter Gary Baker, bluesman Willie May and classic rockers/southern rockers FARE TRADE.

That’s quite a lineup!

Highlights from that group include:

Baker’s “I Swear” was a massive No.1 country hit for John Michael Montgomery, but went worldwide with an R&B cover version by All-4-One that Billboard Magazine ranked as the 98th biggest record of the past 60 years. He last performed on the stage at the Sportsmens Tavern at Richie-Palooza, a show honoring drummer Richie Pidanick in 2015.

The Steam Donkeys were the founders of the alternative country movement in Buffalo, touring like mad and putting on legendary live shows for 27 years now.

May is currently recording his 20th album and has been a mentor to countless other musicians over the years.

Ray Hangen has played with many of the great local blues and country bands, but has also toured nationally and internationally with the Bruce Katz Band and the late Sean Costello.

FARE TRADE’s members were friends of Lynyrd Skynyrd in the 1970s and followed Skynard’s muse to become of the Western New York’s outstanding southern rock outfits.

The inductions will be Oct. 11 at the Cardinal O’Hara Performing Arts Center in Tonawanda. For ticket information, go to www.buffalomusic.org.